The Church in the Darkness Review – Stealthy, shadowy salvation

The Church in the Darkness is an indie action-adventure game from Paranoid Productions set within South America in the 1970’s. Your mission hits close to home as you attempt to find and rescue a loved one from the grasp of a deceiving and diabolical cult.

You play as Vic on a journey to infiltrate the cult known as the Collective Justice Mission that has built what they call “Freedom Town” deep within the jungles of South America. This cult was founded by the ever-changing Isaac and Rebecca Walker (we’ll get back to this later), with your goal being to find and rescue your nephew Alex, to bring him back to his mother and normal civilisation once again.

There is an ever-present theme of constant change that permeates throughout The Church in the Darkness in various ways as each of your attempts to find Alex is always unlike the last. At the start of each attempt you select your gender and the tone of your skin. You are then provided with a choice of a select few items to bring with you on your journey.

The theme of change stems to each new attempt as every new playthrough allocates different personalities to Isaac and Rebecca. This is one of the drawing points of this title. One instance had me answer to a very cold and calculated Isaac who had no issue with putting a bullet in my head after I was captured. Another attempt had me answer to a more compassionate Isaac who saw in his wisdom to let me think about my actions in isolation, which proved to be his downfall as this allowed me to escape my cage and wreak further havoc on the island’s inhabitants.

The story unfolds through the various radio broadcasts that the cult leaders play. These broadcasts not only have the leaders preaching to their members about their love and acceptance for everyone as you journey around the island, but they also alert members to your presence if found. The broadcasts even inform members of your actions, such as killing an innocent member. At the same time, there are various written documents that you can find hidden in desks that paint a very different and troublesome picture of this “perfect” community.

The viewpoint is very reminiscent of early GTA titles, as you play from a top-down view whilst navigating the ever-changing map in whatever manner suits you best. Want to go in guns blazing and use up the limited ammo you can find? No problem, but it is usually easier to go with the stealth route as aiming your weapon can be very clunky and I often found myself aiming past an enemy by mistake and having myself riddled with bullets instead of hitting my intended target.

The gameplay reminds me of Metal Gear Solid for the PlayStation One as you have the ability to crouch and sneak your way around the town. Sneaking then displays the vision cones of guards so that you can avoid them seeing you whilst you try to sneak behind them for either a lethal or non-lethal takedown. 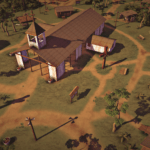 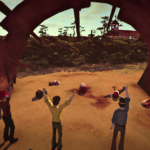 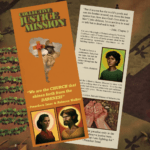 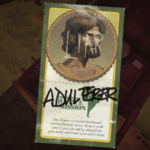 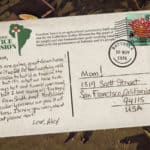 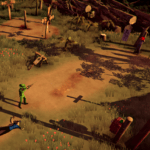 As mentioned above, the core gameplay is very stealth orientated as you can use various tactics such as throwing rocks to distract a guard, placing an alarm clock to draw them near you, and even putting on townspeople clothing to blend into the crowd in a fashion that Hitman 47 himself would appreciate. Just don’t get too close to guards as they will become suspicious of you if you linger for too long. The map will also change with each attempt. The general map stays the same, but the locations of key landmarks and cabins will be different, along with your initial starting location. This again lends itself to the theme of constant evolution and adaption.

Whilst the world-building and voice acting (especially the voice acting for the cult leaders) is simply amazing, other components prove to sour the adventure overall. The controls can be quite clunky, the camera can be troublesome at the best of times, and the combat lacks any significant punch. In saying this though, I would be lying if I didn’t find myself trying time and time again to use different approaches with each playthrough and find myself utterly intrigued by just how many different stories I experienced.

As with any game that has changing story elements, you can achieve various different endings with each playthrough depending on your actions, which was quite surprising. One time had me successfully rescue Alex and receive a happy ending, whilst another had Rebecca fake Isacc’s death by way of a radio broadcast and announce to the town to meet her in the main Church in an attempt to take over the cult for herself.

The Church in the Darkness

The Chruch in the Darkness can be tough to recommend on many levels as the overall experience is a very clunky one, but I think there is enough here to warrant your time if you are intrigued by vague and evolving storylines. You may just need to persevere through the unrefined controls first. If you are looking for the next stealth action game to curb your Metal Gear thirst, you may need to look elsewhere, but if you want to enjoy an experience that always offers up something different to uncover with each playthrough, then this may be a title you will find enjoyable.