Wolfenstein: Youngblood Review – Two Nazi killers for the price of one

Wolfenstein: Youngblood takes the now proven Wolfenstein formula and expands it into a cooperative experience. Gone is series protagonist B.J. Blazkowicz and in his place are Jess and Sophia, B.J.’s playful yet kickass twin daughters.

In Youngblood, Daddy Blazkowicz goes missing amongst a Fourth Reich uprising after the death of Adolf Hitler. His daughters jump to action and quickly find themselves slaughtering Nazis by the hundreds in search for their father. They also seek to destroy Nazi operations as they journey with support from their tech-minded friend, Abby. The entire campaign is playable cooperatively, a considerable change of pace for the series.

Wolfenstein: Youngblood relies heavily on its predecessors to create the structure of the game. The formula is not getting rewritten here. Combat is a mixture of first-person gunplay with stealth elements. Avoiding enemy detection and stealthily disposing of the Kommandants (Commanders) is typically the best course of action, although guns-blazing is usually how any given segment of the game tends to end for me, no matter what my approach.

The gunplay is as good as ever and it’ll honestly be the reason to play a game like this. Weaponry feels heavy and combat options are dynamic. Foes are varied and the girls have a good mixture of manoeuvrability and pure, raw destructive force. The combat suits worn by our two protagonists allow for a range of badass skills to be utilised. Using the suits cloaking ability and sneaking around my foes invisible was particularly useful for a stealthier approach. Throwing weapons landed with a nice thud, instantly killing the simpler Nazi fodder – it was all very satisfying.

Tougher enemies will be harder to overcome, with different types of enemy shields requiring different types of bullets to easily penetrate. This created a slight strategy element to the gameplay, requiring weapons to be switched on the go to better overcome the plethera of foes running in your direction. This technique worked somewhat, although it did have the adverse affect of making enemies bigger bullet sponges than I would have liked.

Wolfenstein: Youngblood does move the series further into the realm of RPGs. You’ll have a character level and the ability to purchase talents and passives to help you and your weapons improve over the course of the game. Foes have levels as well and you’ll even be warned by your sister when your’e approaching an area or enemy who’s too dangerous for you at this time.

Backtracking through past areas of the game is fairly common here too, particularly if you’re chasing all the game’s side quests. This is certainly a shame and feels like content padding, especially when enemies appear to repopulate that area you cleared only minutes later. 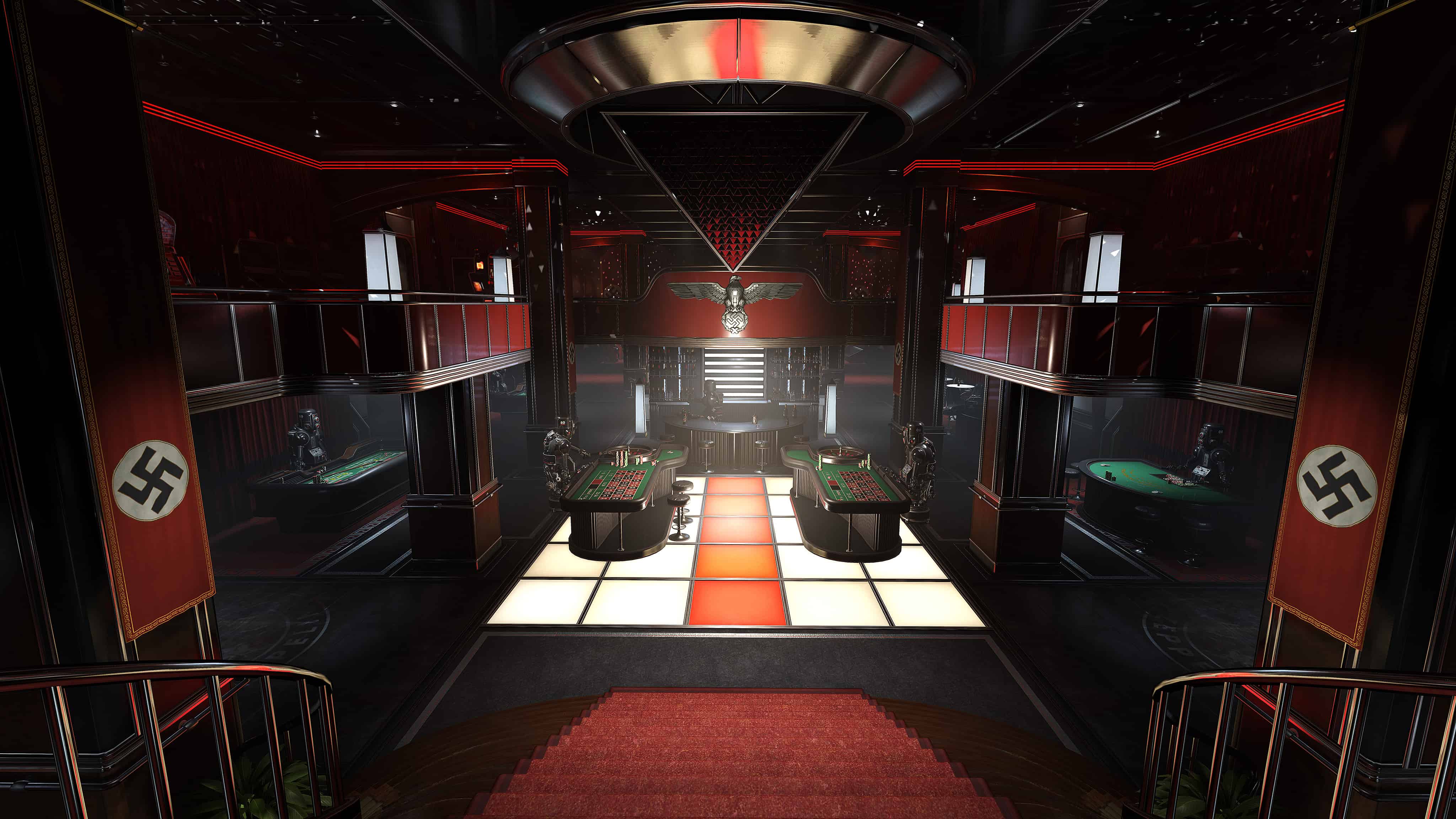 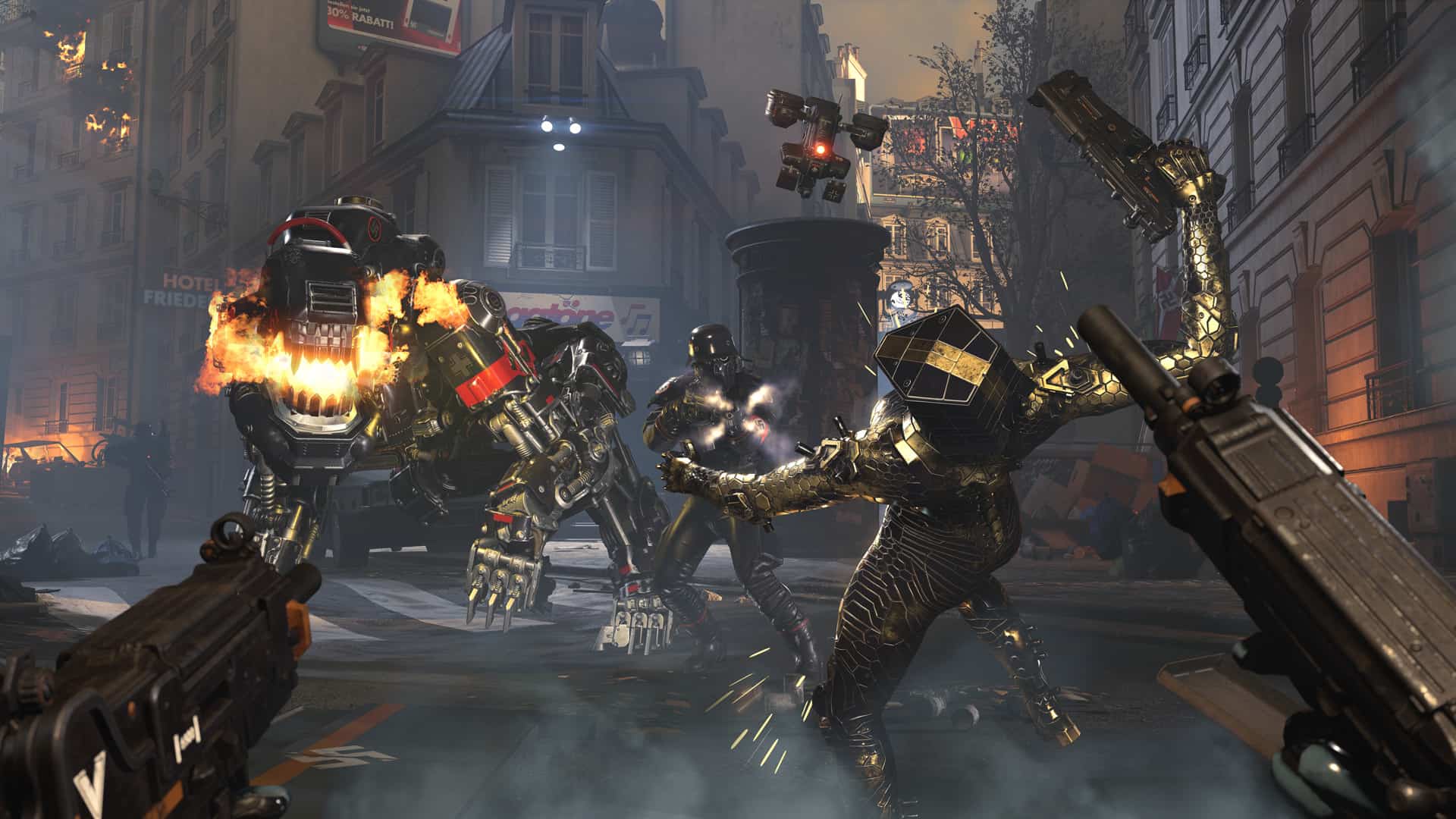 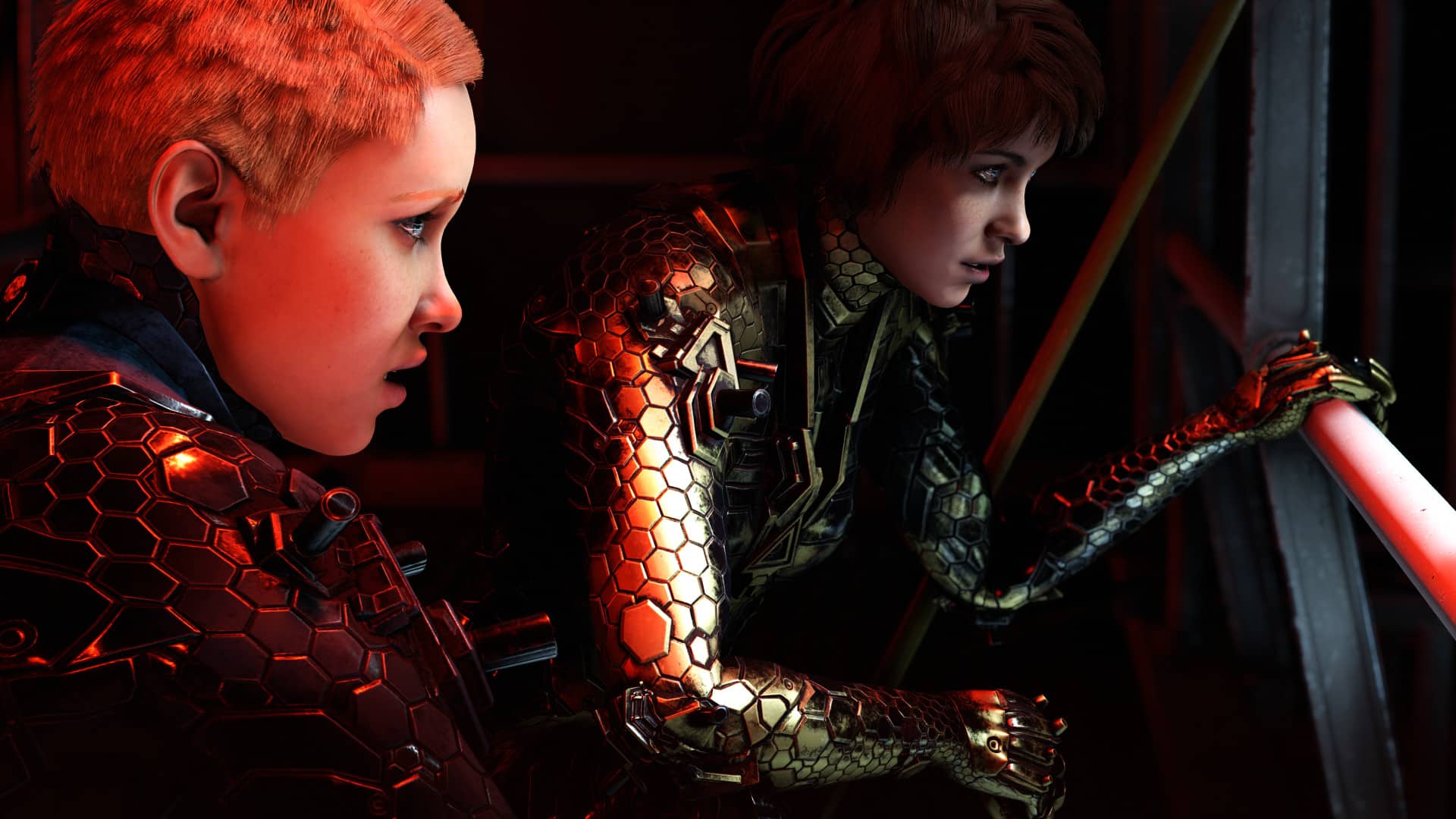 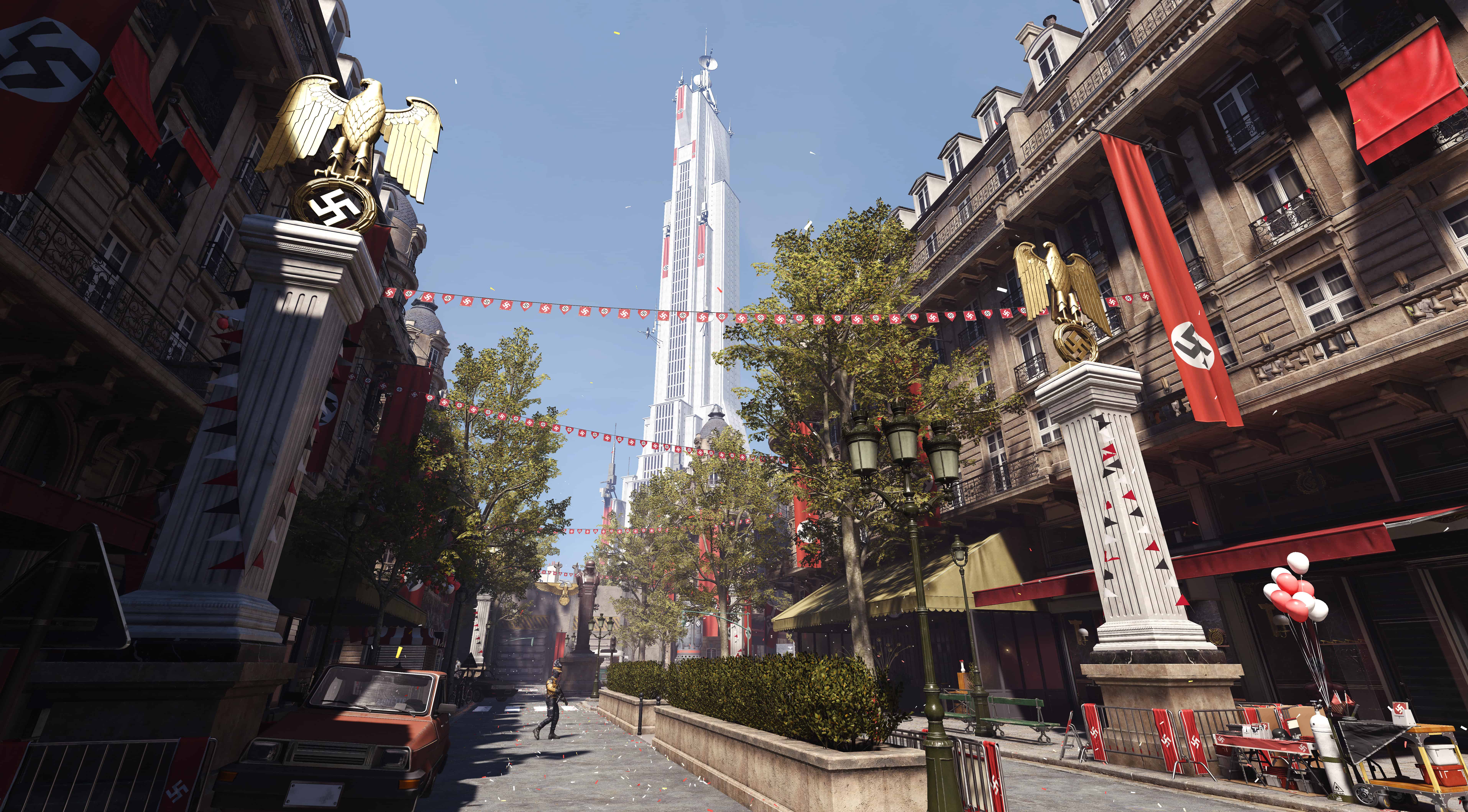 You’ll be sent on missions from a central, underground hub that serves as a haven and base of operations for a rag-tag team of anti-Nazi misfits. If this all sounds familiar it’s because it is. Youngblood doesn’t stray far from the Wolfenstein formula. This isn’t necessarily a bad thing, but it does make the game rather unspectacular. I love the new Wolfenstein reboot series but I have to admit, Youngblood is the weakest of the new games. It feels a bit like the undeveloped lovechild of Mama New Order and Papa New Colossus.

“It feels a bit like the undeveloped lovechild of Mama New Order and Papa New Colossus.”

Whilst B.J. was never flowing with complex personality traits, he still felt more like a real character than Jess and Sophia. When Wolfenstein: Youngblood was still in its promotional phase, I was excited to see B.J. abandoned as protagonist and replaced by twin girls. If you’ve played any action video game in the past 20 years you’ll already be familiar with the grizzled, tough guy trope. I was a bit bored of that trope, and so Jess and Sophia excited me. The problem is that the new characters are written with no subtlety. They are suppose to be innocent, playful and wholesome but their personality is often condensed down to two word catchphrases, fist bumps, or brief elevator scenes where we watch the girls prank one another or break into a dance. It was all too forced and a bit desperate.

The most disappointing thing about Youngblood however is that it was simply missing the fun and lunacy of past games. I can remember moment after moment from The New Colossus that will stay in my mind for a long time. Moments of narrative that were so impactful , so joyous, so stupid. Youngblood, from start to finish, does not have any of these memorable moments. And for that it’s likely to be simply forgotten in time.

As for Youngblood’s cooperative element, I sadly didn’t get to test it for very long. But it does seem clear that cooperatively is the best way to experience the game. As a primarily solo player, I was often frustrated by my AI-controlled sister who never had the intelligence to properly hide from foes whilst I was being stealthy or flank foes when I was trying to fight tactically. There was no way to control or guide your AI sister which just made some combat segments, boss fights in particular, rather awkward and imperfect.

For me, Wolfenstein: Youngblood got better the more I played it. I’m glad I finished the game, but it did not leave me with a feeling of joy or appreciation by the end. It must be hard to make a new game in a series that is already so loved and well established. But honestly, Youngblood kind of flounders in comparison to what came before it. To compare the narrative beats of Wolfenstein: The New Colossus with Wolfenstein: Youngblood paints a grim picture. It makes Youngblood feel like a bit of an afterthought, a side project. The game may well be worth playing for those who just need more Wolfenstein action, or for those looking for a competent, coooperative shooter. But for the rest of us, Youngblood feels like a game that will be ignored the next time you get that Wolfenstein itch and decide to play through the series of games again.