Greedfall Review – Diamond in the rough

French developer Spiders’ output can be compared to a chef trying to make a delicious five course meal with fast food ingredients; their ambition has always eclipsed their resources.  Their desire to make AAA titles has been held back by the studio’s AA budgets. Their latest endeavour, Greedfall, is an open world fantasy RPG in the vein of Dragon Age: Inquisition and The Witcher 3: Wild Hunt. Unlike many of their past outputs, Greedfall comes admirably close to achieving greatness, and will satisfy fans of the fantasy genre.

Set on a fantasy continent reminiscent of 17th century Europe, you play as De Sardet,  a diplomat sent to the island of mysterious Teer Fradee to seek a cure for the Malichor, a deadly plague ravaging their homeland. De Sardet can be customised and played as either male or female. In their quest for a cure, De Sardet will interact with various representatives of the various factions on Teer Fradee vying for control.

I  appreciated a lot of the world-building in Greedfall, with different organisations having arrived on Teer Fradee for various reasons, all of which have their own histories with one another. In the middle of it all are the island’s native population, who are struggling against the religious faction of Theleme, which seeks to indoctrinate them and erase their native religion.

As someone who was disappointed in how the themes of colonialism and culture clash were skimmed over in Mass Effect: Andromeda, it was gratifying to see Greedfall tackle these themes more explicitly. Although each faction isn’t without sympathetic members, there is an appealing moral greyness to the fight over Teer Fradee.

Your primary representatives of each faction are your party members, of which you can travel with two at a time. They aren’t exactly Bioware levels of compelling, but I found them interesting enough as I completed their companion sidequests and delved into their backstories. There are also romance sidequests, if the player so desires.

Players can change the equipment of De Sardet and their companions, all of which shows on their character models. So of course, when I was able to, I dressed the party in matching tricorn hats, because why not? Raising De Sardet’s reputation with different factions can unlock new equipment and items.

That said, I was disappointed that De Sardet’s companion’s skills could not be manually developed or triggered. While De Sardet has deep skill trees, and can re-spec their skills if you want to play around with different builds, you don’t have that level of fine control over the other party members.

“I really enjoyed that level of open-endedness, and feeling like any build can find a way to succeed.”

Greedfall’s gameplay shows a lot of promise, but feels somewhat overstuffed with ideas. Quests often have multiple ways of being completed, such as diplomacy, stealth, combat or other skill checks. If you invested in the Vigor skill tree, you can just climb over walls to get to your objective. A really charismatic De Sardet, on the other hand, may be able to talk their way out of any problem. And that doesn’t even get into mechanics like item and potion crafting, which also have skill trees.

I really enjoyed that level of open-endedness, and feeling like any build can find a way to succeed. However, many of the quests lead to running across the map to talk to people over and over. Furthermore, many of its mechanics felt half-baked, such as the stealth, which feels lacklustre, with visibility shown with only eye indicators above enemies, and little indication of what can be adequate cover. 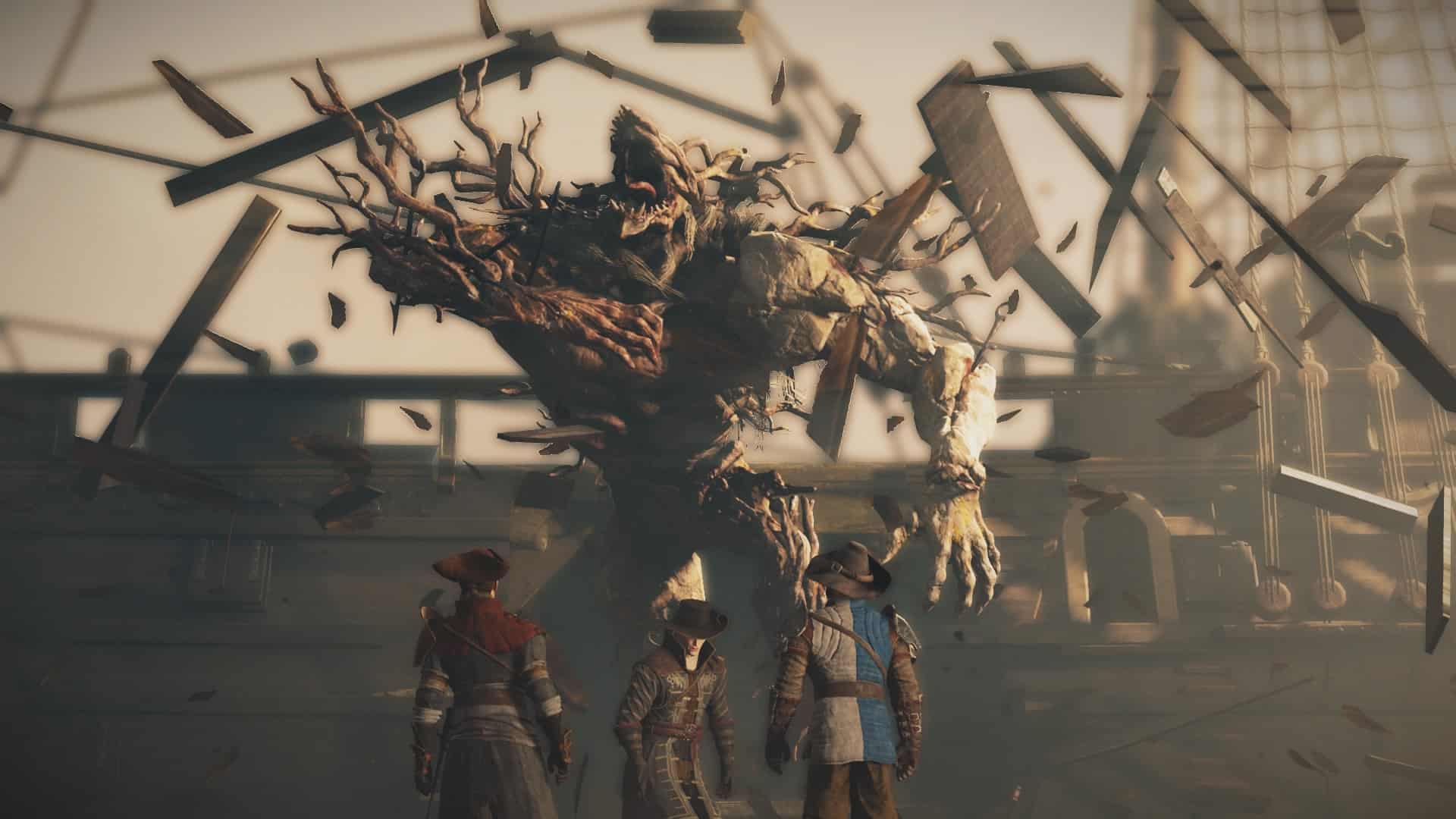 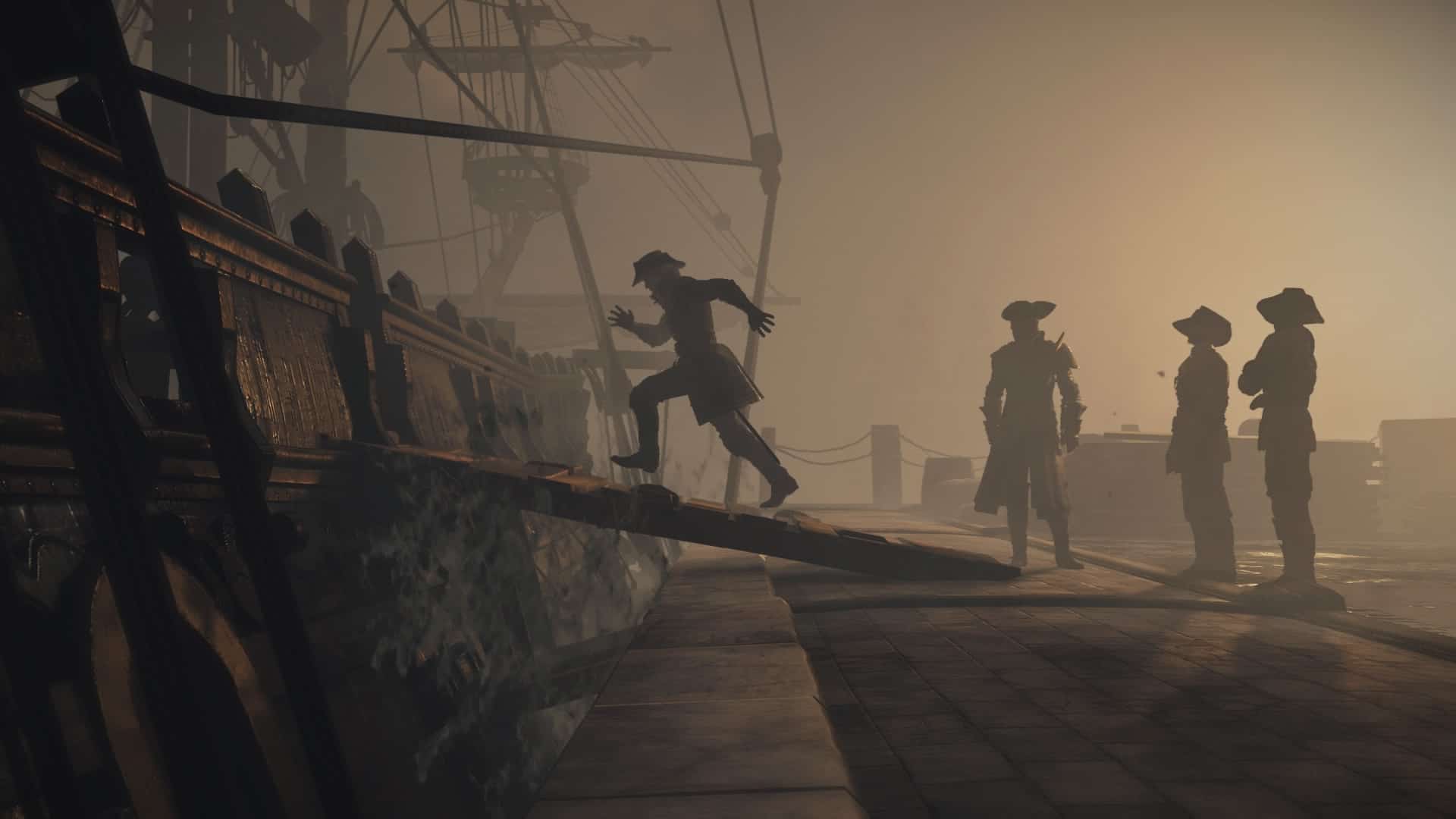 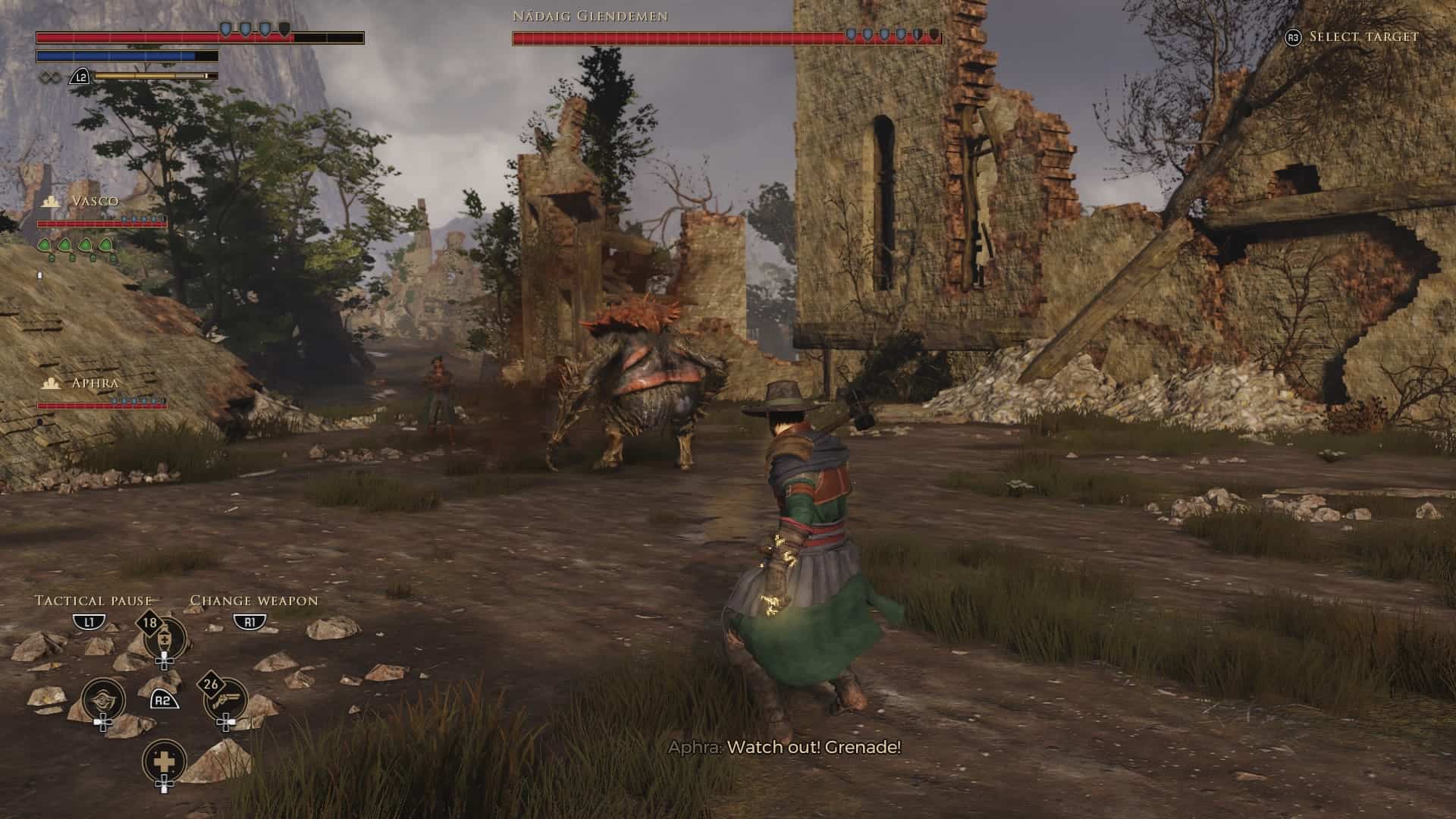 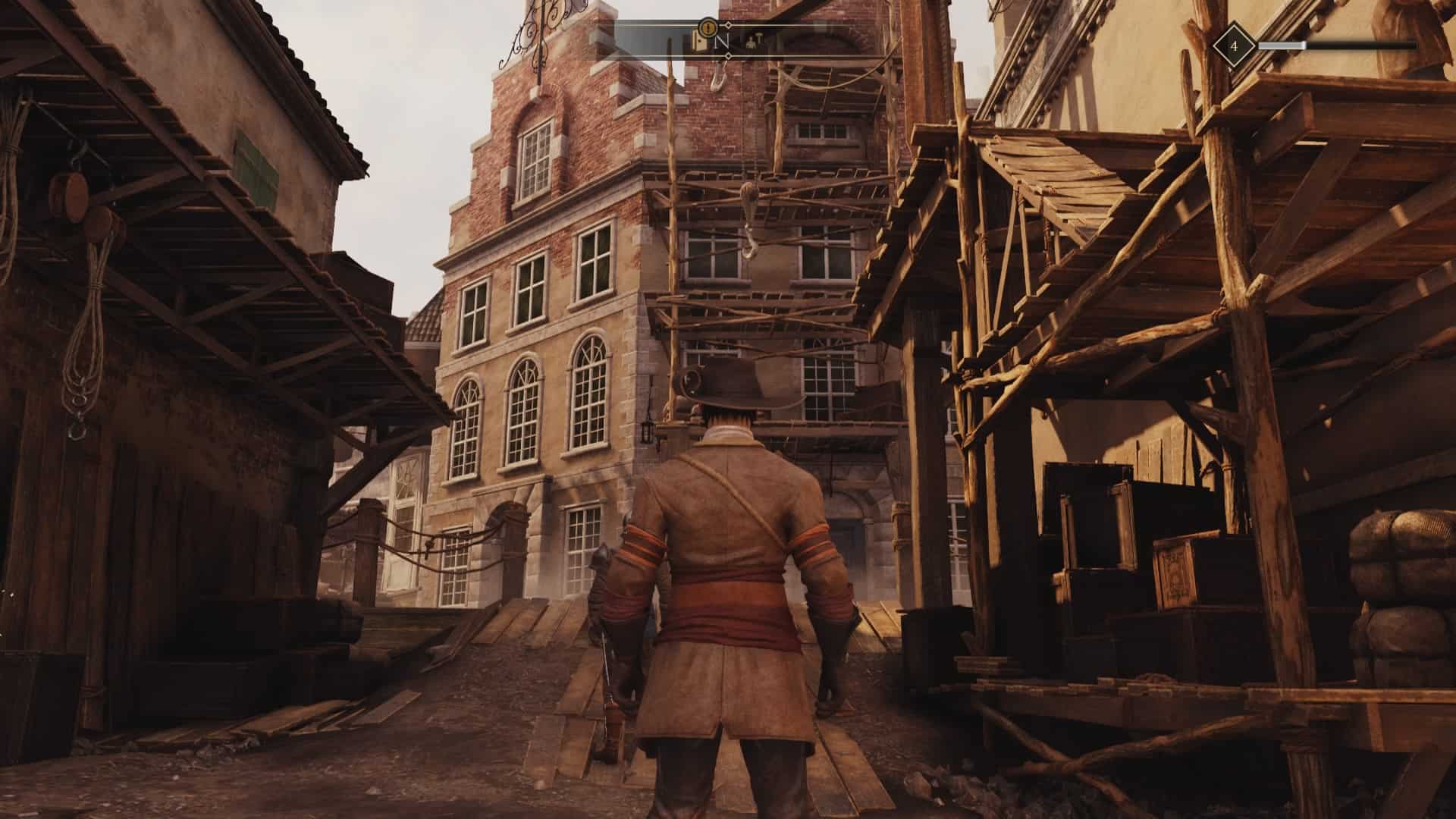 Combat, by comparison, is servicable but has a few issues. It is mostly an action game focusing on dodging enemy attacks and striking when the opponent is off-balance. Allies and enemies also have armour guages, encouraging players to alternate between blunt and bladed weapons to deal armour and HP damage effectively.

Fortunately, Greedfall lets you pause the action at any time and select your abilities from a menu system like Dragon Age.  This made it easier to play around with traps, firearms and spells in the heat of battle instead of focusing on one or two types of attacks. Unfortunately, you disappointingly can’t directly order your companions, so you are at the mercy of their spotty AI. Enemies also tend to just rush at you instead of practise any fancy tactics.

Greedfall’s comparatively minor budget also shows itself in other areas. For example, many animations are missing; an early quest involves tracking down a merchant selling dodgy medicine. After you confront him and he admits to his con, the screen goes to black and reverts you back to regular gameplay, with the merchant no longer there and De Sardet telling the player that the merchant ran away, even though we didn’t see that.

Other weird elements include how almost every noble’s house, including De Sardet’s residences in each city, are identical, down to the placement of furniture. That isn’t to say Greedfall can’t be beautiful; the developers clearly focused on the important areas when applying visual polish. In the areas they let slide,  unfortunately, it can lead to jarring results.

Greedfall keeps track of De Sardet’s reputation with their companions and each faction on the island. Although these relationships aren’t super important for most of the game, it comes to a head in the game’s last few hours. In a game all about picking different alliances and methods of completing objectives, it was gratifying that Greedfall made me feel like my choices mattered.

Greedfall is a game with a lot of ambition. In seeking to emulate AAA titans like Dragon Age and The Witcher 3, the developers might have bitten off more than they can chew. However, Greedfall ultimately does not disappoint, and delivers a compelling setting, interesting characters and open-ended gameplay that will satisfy anyone looking to jump into another big role playing game. If you are willing to overlook some minor technical shortcomings, you will find a lot to like in Greedfall.