Ghost Recon Breakpoint was set up for relative success given the popularity for the previous open world military shooter in the franchise, Ghost Recon Wildlands. Nobody anticipated Wildlands to be as entertaining and fun as it was, allowing you to explore a gigantic map with friends, flying choppers and tactically taking out enemies in a variety of repetitive-but-enjoyable missions.

So, Breakpoint. What happened?

With so many open world games on the market (and Ubisoft themselves being specialists in this field with franchises like The Division, Assassin’s Creed, Far Cry and others), Ghost Recon Breakpoint feels like all of them combined into one, but stuck together haphazardly with cheap tape and used gum. Initially it looks and feels like a strong entry into the Ghost Recon franchise, but the cracks quickly begin to show, leaving us with a cooperative open world shooter that has all the makings to be fun… but simply isn’t.

The story goes the way you’d expect. Surviving a helicopter crash, you’re a lone soldier about to come up against the odds on an island called Auroa, filled with modern drone technology that is, surprise surprise, not being used for the most friendly purposes. Your main antagonist is Jon Bernthal, a total bright spark among a myriad of forgettable and boring performances from all of the other NPC’s. None of them stand out as interesting, which means the core emotional parts of the narrative are left to Bernthal. Luckily, he still manages to deliver a mean monologue even in digital form and makes for a captivating, flawed villain – much like his roles from The Walking Dead and The Punisher.

Your generic character interacts with plenty of other characters throughout the 30-40 hour campaign, but I couldn’t tell you anything interesting about those conversations or the story overall. It’s all just filler as you move from one objective to the next, delaying the trip to the next dot on the map with skippable dialogue-filled cut-scenes that you’re sometimes forced to skip multiple times if you’re playing with friends, which is maddening.

The opening tutorial-ish mission as you make your way to the major social hub is solid, I will say. This slightly linear path with collectible diversions and well-placed mix of enemies to stealthily (or not so stealthily) take care of when you’re out-manned and out-gunned sets a tough tone that Ghost Recon Breakpoint clearly wants you to feel, like you’re against the odds and trying to survive. As soon as you enter the hub however, you’ll see other players running around in their silly customised gear, a store to purchase some items with real world money, a raid with a required gear score for entry. Wait, this looks like The Division 2… but not as good? So much for being a lone soldier.

So, you party up with your friends, jump into a chopper and go to your first objective marker. You go prone, send a drone up, mark all the enemies in the base and decide how you’re going to tackle it. Stealth stops reinforcements from being called and saves an onslaught, but regardless you clear out the enemies and complete the objective by pressing a button, blowing something up… the usual. Grab all the loot from the area, collect any intel (which reveals collectibles on the map) and then, onto the next objective.

The gameplay loop is monotonous and expected, but not entirely terrible when you’re with pals. It’s still fun clearing out enemies together, especially if you manage to do so without being detected. In fact, my first couple of hours with Breakpoint were spent giggling maniacally with my squad as we progressed through the early missions. But it didn’t take long for the repetition to truly set in, held back in a big way by some puzzling design decisions. 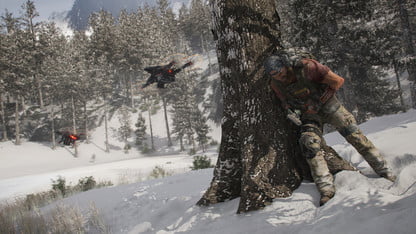 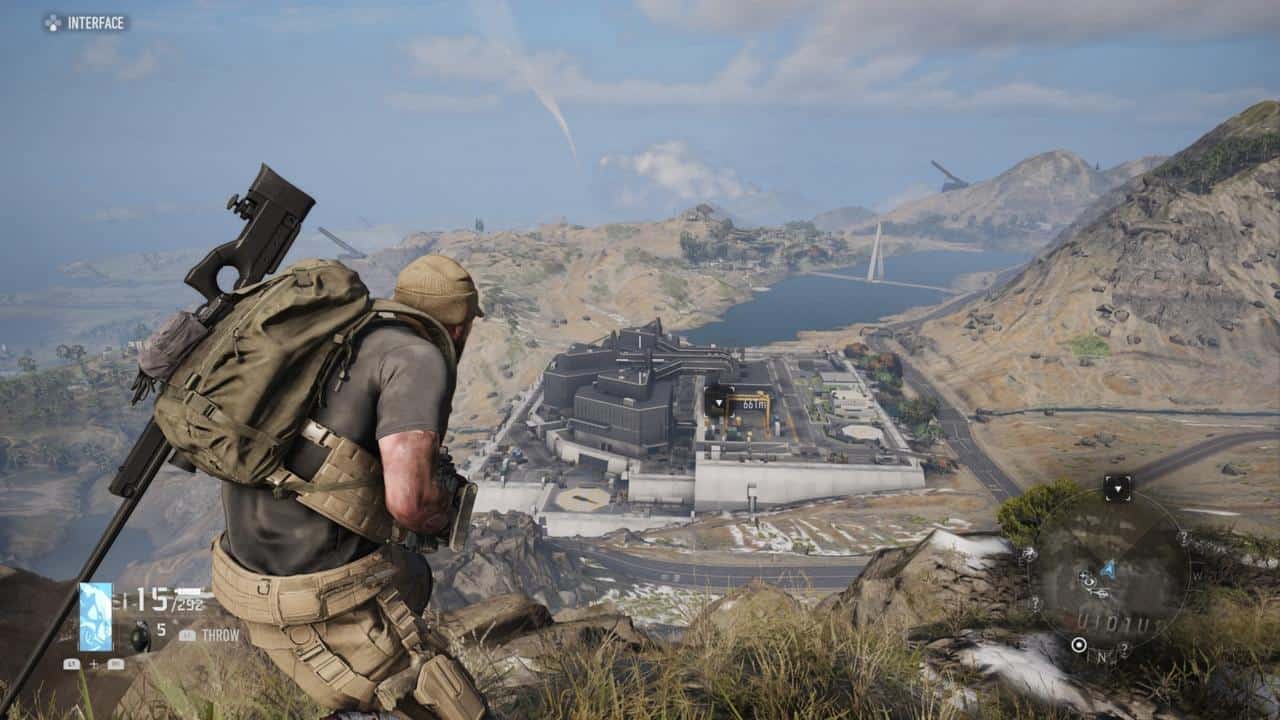 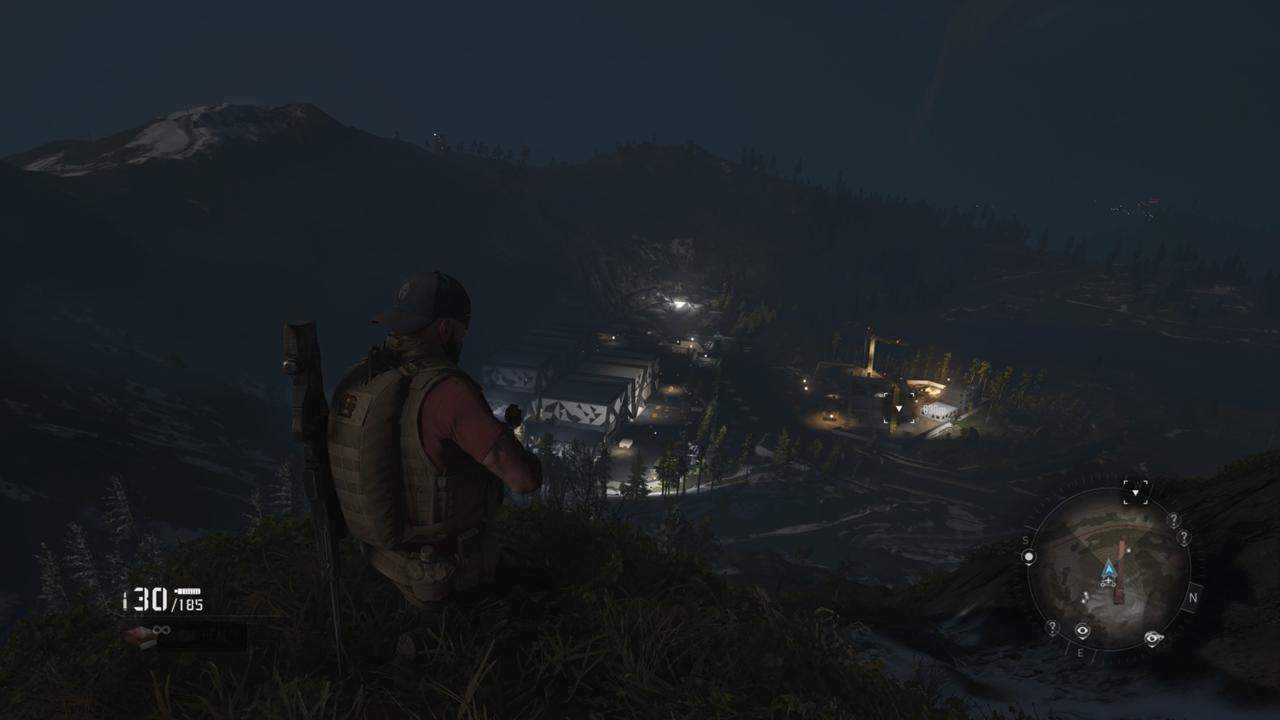 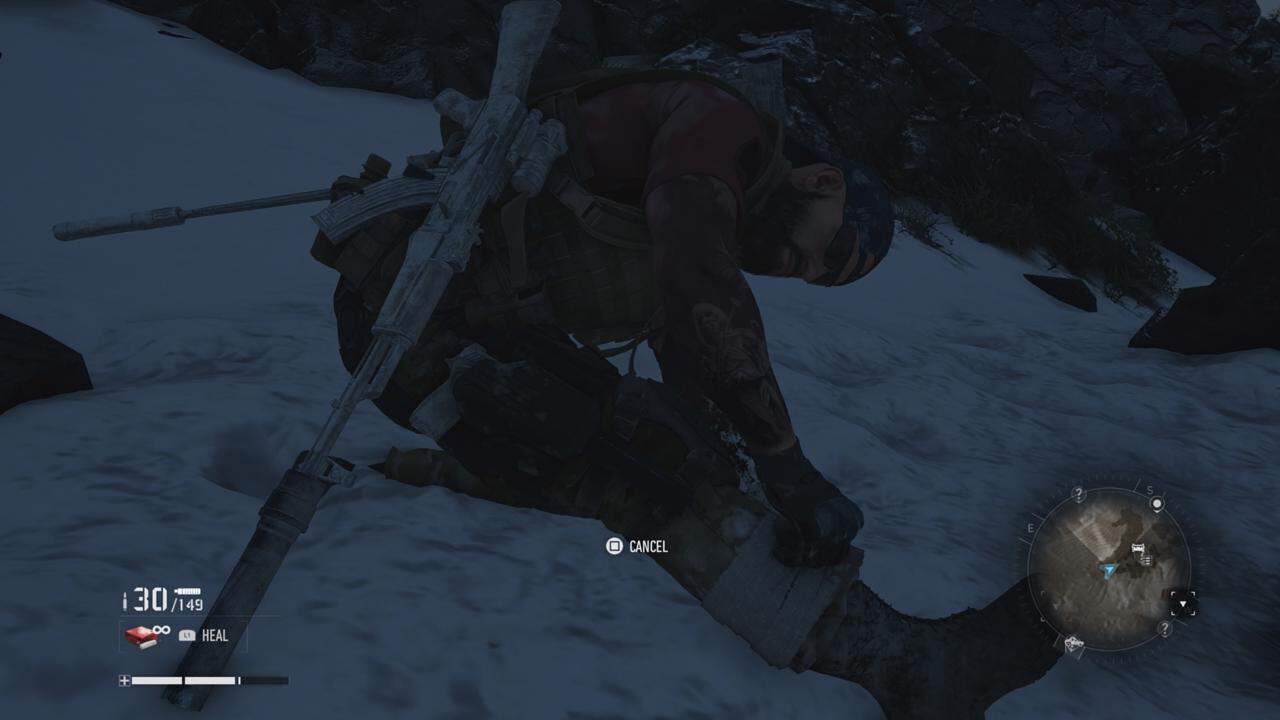 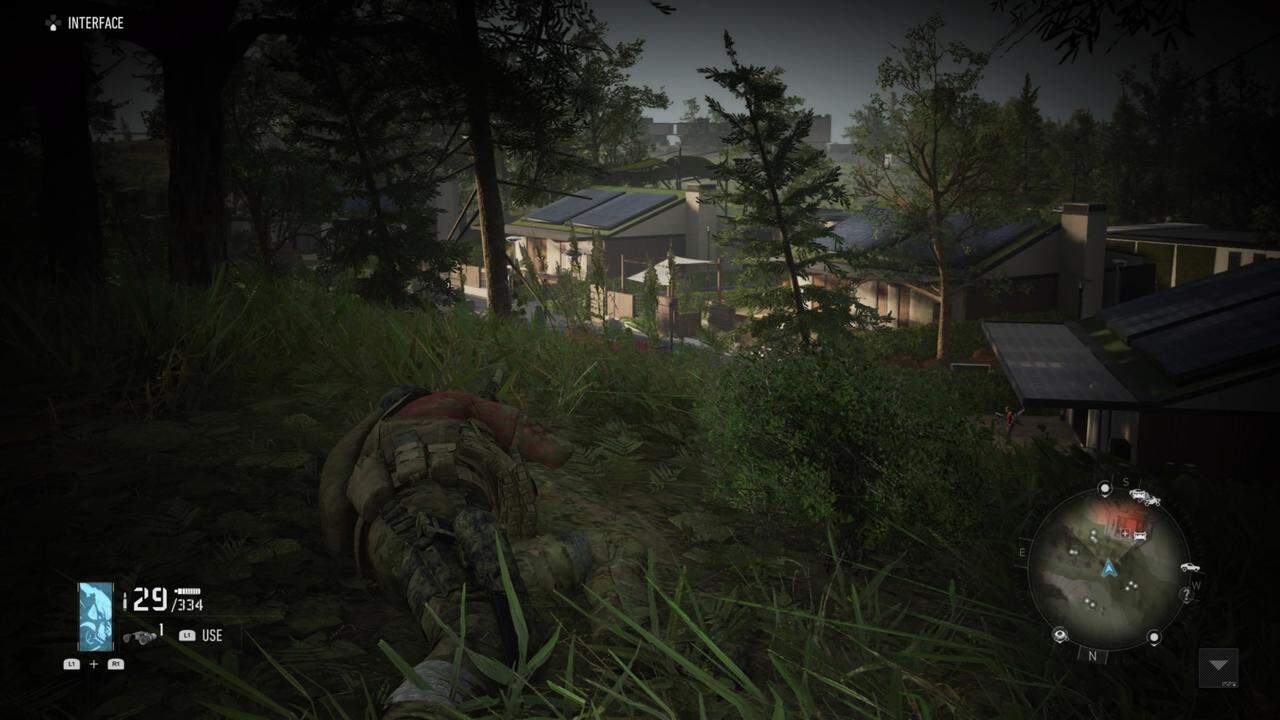 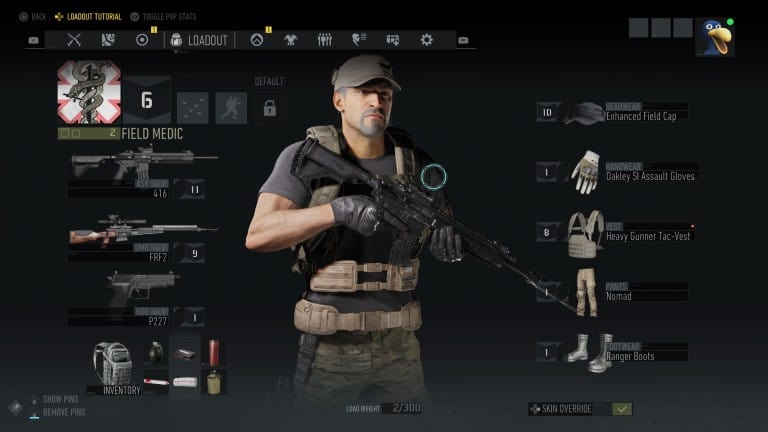 Firstly, there’s these half-baked survival mechanics that just don’t need to be there. You constantly get injured, sometimes from enemies but other times from literally rolling down a hill in a comical fashion. You’ll roll a lot as well because there’s bloody mountains everywhere. It’s still funny to watch now, but it forces you to stop and apply bandages (which are unlimited by the way) before you can keep moving properly. There’s also a water bottle you can use to replenish stamina, but that can be refilled from almost any water source anyway, and doesn’t make a massive difference. What’s the point?

Loot is also negligible, boiled down to “which number on the weapon or piece of gear is higher”. I often didn’t even look at the benefits of any piece of gear as it was always some small perk that I knew would be replaced by a superior piece pretty quickly. It tries to capture that satisfying feeling of increasing your gear score but I didn’t feel myself getting stronger as I progressed necessarily. All enemies also die with head-shots, which actually makes complete sense, but means the guns you get at the start essentially do the same thing as the guns you get near the end. It’s just a number, and the upgrades also feel like “achieving another thing” rather than genuinely being useful.

“They’re woefully inadequate at detecting you most of the time and just generally act as emotionless targets in a shooting range as you mow through hundreds of enemies with little regard for any consequence.”

Then there’s the AI, and oh man is the AI dumb. Enemies are frustrating in large numbers, but if you can find a way to funnel them into a room or hallway, they simply all run towards you in a neat row so you can pick them off one by one. There were times I killed an enemy directly in front of one of his friends, and got no reaction. They’re woefully inadequate at detecting you most of the time and just generally act as emotionless targets in a shooting range as you mow through hundreds of enemies with little regard for any consequence. Taking cover also doesn’t feel sticky enough when you try to do it… perhaps that’s why enemies don’t really take cover themselves.

I wouldn’t recommend Ghost Recon Breakpoint at all if you don’t have friends to play with. There is no AI-controlled teammates like in Wildlands, which makes most of the main missions incredibly frustrating and difficult to complete on your own, not because it’s “challenging” but because so many of the games mechanics seem to be working against you.

It’s also filled with bugs. Too many to list. Most of them are just funny and silly, which didn’t bother my squad – but others, including being unable to heal, respawns happening 5km away from where your team is on the map and more were always irritating.

In today’s video game landscape, it just doesn’t measure up to other open world experiences, including plenty from this exact same publisher. How did Assassin’s Creed and The Division take such meaningful, interesting and thought-out steps forward while Ghost Recon has taken such a step back? In trying to include so many elements from other open world experiences, Ghost Recon Breakpoint has lost its tactical shooter identity that it had formed so strongly in the past. It’s fun, yet hollow. Full of rewards, but feels unrewarding. It’s both everything and nothing at the same time.

I’m still struggling to understand how a game that includes so many mechanics I enjoy managed to make each of them so average, but I think the problem is that Ghost Recon Breakpoint is trying too hard to fit in with the all of the other cool kids, so much so that it’s lost what made it cool to begin with. Trying to throw together so many different ideas almost feels like the team sat in a boardroom and said “so what do other successful video games have that we can include in our video game” and then branded it with Tom Clancy and called it a day.

Ultimately, Ghost Recon Breakpoint feels like a one night stand. It’s fun to mess around with, but with all of my experience, I’m looking for something with much more substance.