While licensed tie-in video games to film franchises have a rough reputation, Ghostbusters: The Video Game in 2009 sought to be a worthy successor to the two live-action films. Featuring the voices and likenesses of the original cast and a story penned by Dan Aykroyd and Harold Ramis, it stayed true to the tone and style that fans expected, with many considering it effectively the canonical Ghostbusters 3. Now we seem to be getting an actual canonical third Ghostbusters movie, and the Video Game has been remastered for current generation consoles. Does busting ghosts still hold up ten years later?

Ghostbusters: The Video Game sets itself in 1991. It has been 7 years since the Ghostbusters were founded, and Peter Venkman, Ray Stantz, Egon Spengler and Winston Zeddemore have brought on a new hire. You play as the new member of the team, a mute young man who the main Ghostbusters never refer to by name.

The decision to make the main character an essentially featureless protagonist felt weird to me. For a franchise famous for its quotable and well-defined characters, your avatar being a living prop who follows around the actual protagonists felt like a missed opportunity to introduce a new dynamic into the group. Alternately, the Ghostbusters themselves could have been playable, and sidestepped the weird mute avatar issue entirely.

You follow around the Ghostbusters on their various jobs, usually revisiting locations and set pieces from the films. It can sometimes feel a bit overly slavish to fanservice; the Stay Puft Marshmallow Man is gratuitously encountered early on, and many levels feel like full-on homages to scenes from the movies. At least the game does eventually bring in new locations, ghosts and concepts.

As a fan of the films, I definitely found Ghostbusters: The Video Game to feel authentic to the franchise. Bill Murray, Dan Aykroyd, Ernie Hudson and the late Harold Ramis all give excellent performances that stay true to their characters, even 25 years after they made the first movie.

Fortunately, the game comes alive when you are actually busting ghosts. The process of weakening and capturing the ghosts feels like a mixture between a third person shooter and a fishing minigame. Firstly, ghosts need to be weakened down with your Proton Pack, which steadily gains more firing modes throughout the game. Once they are stunned, then you can grab them with your capture beam, and must slowly drag them into the trap while avoiding other enemies. Fights could often become overwhelming, with several ghosts and up to three other Ghostbusters firing their own beams all over the place. Still, it maintained a sense of chaotic energy to the encounters. The ghostbusting sequences were often broken up with stretches where you scan objects with your PKE scanner or solve physics puzzles. 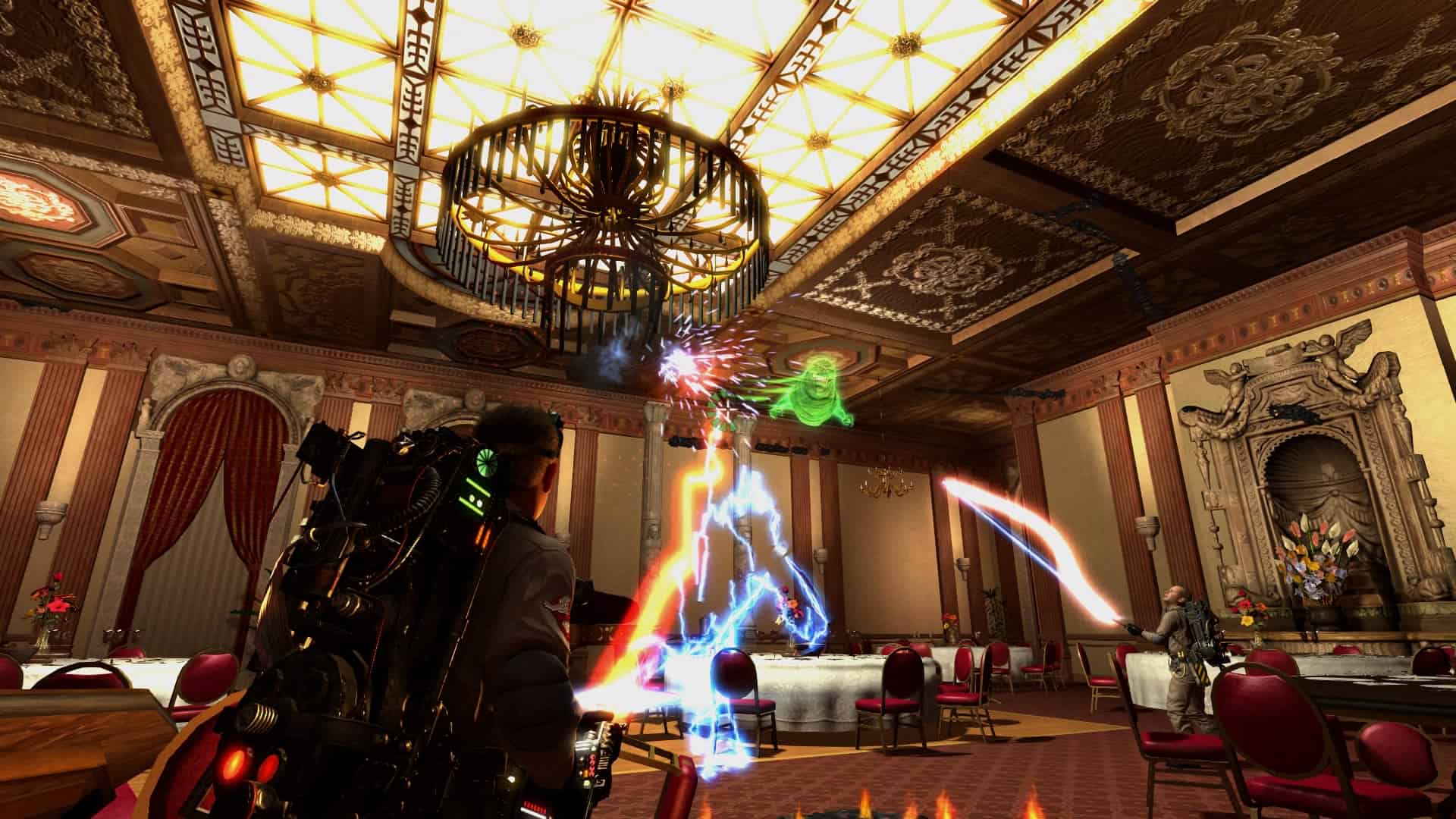 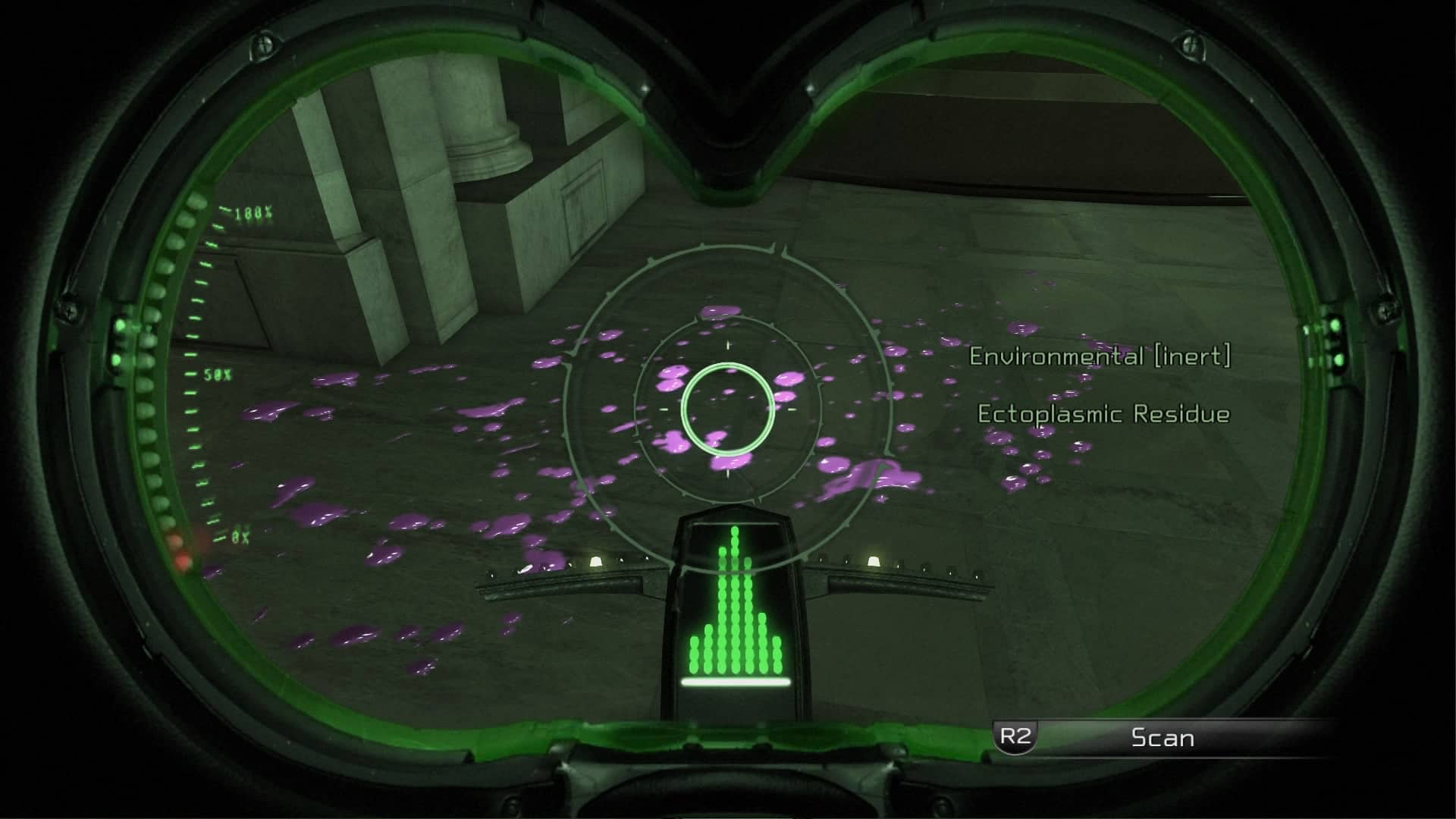 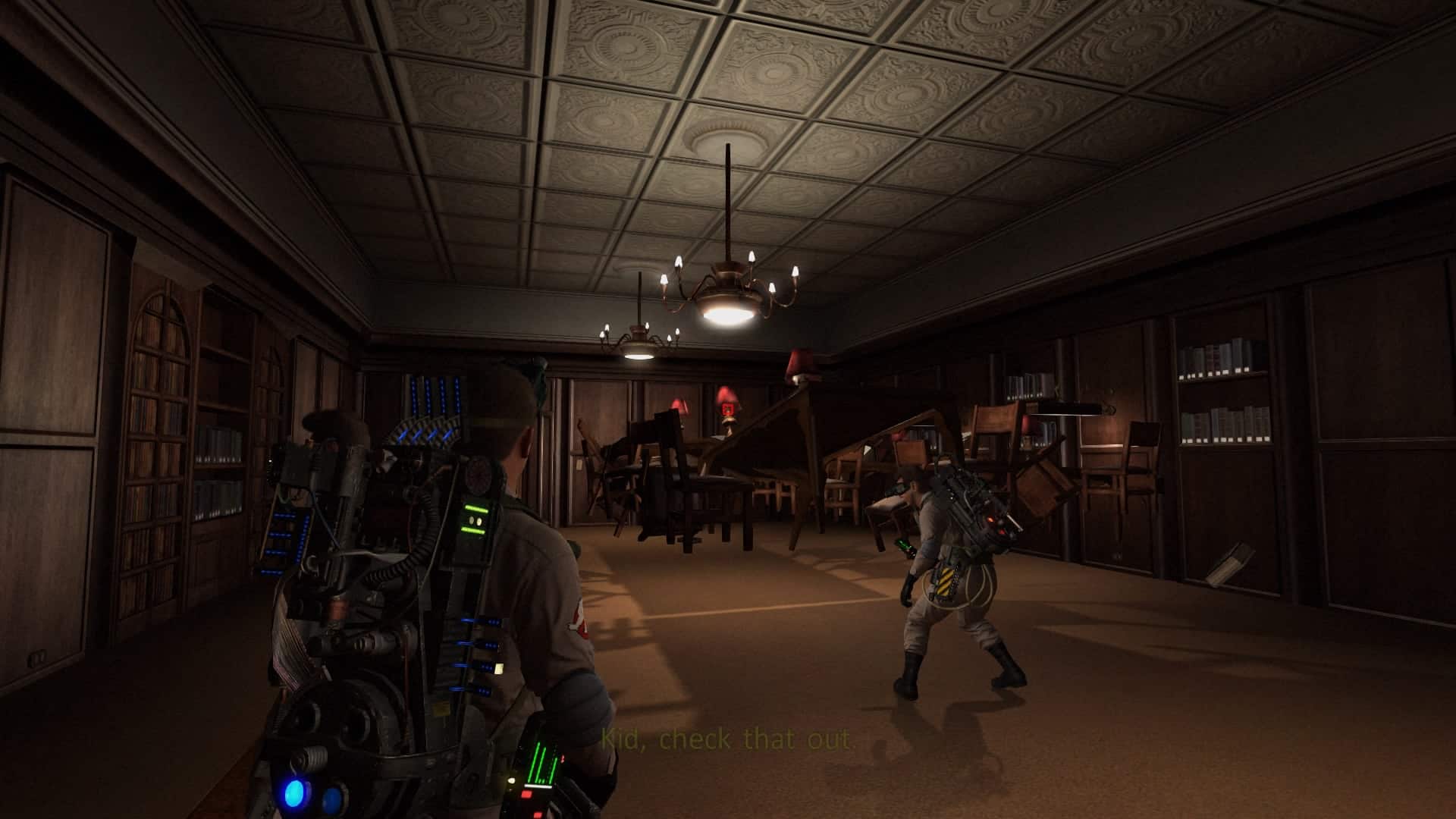 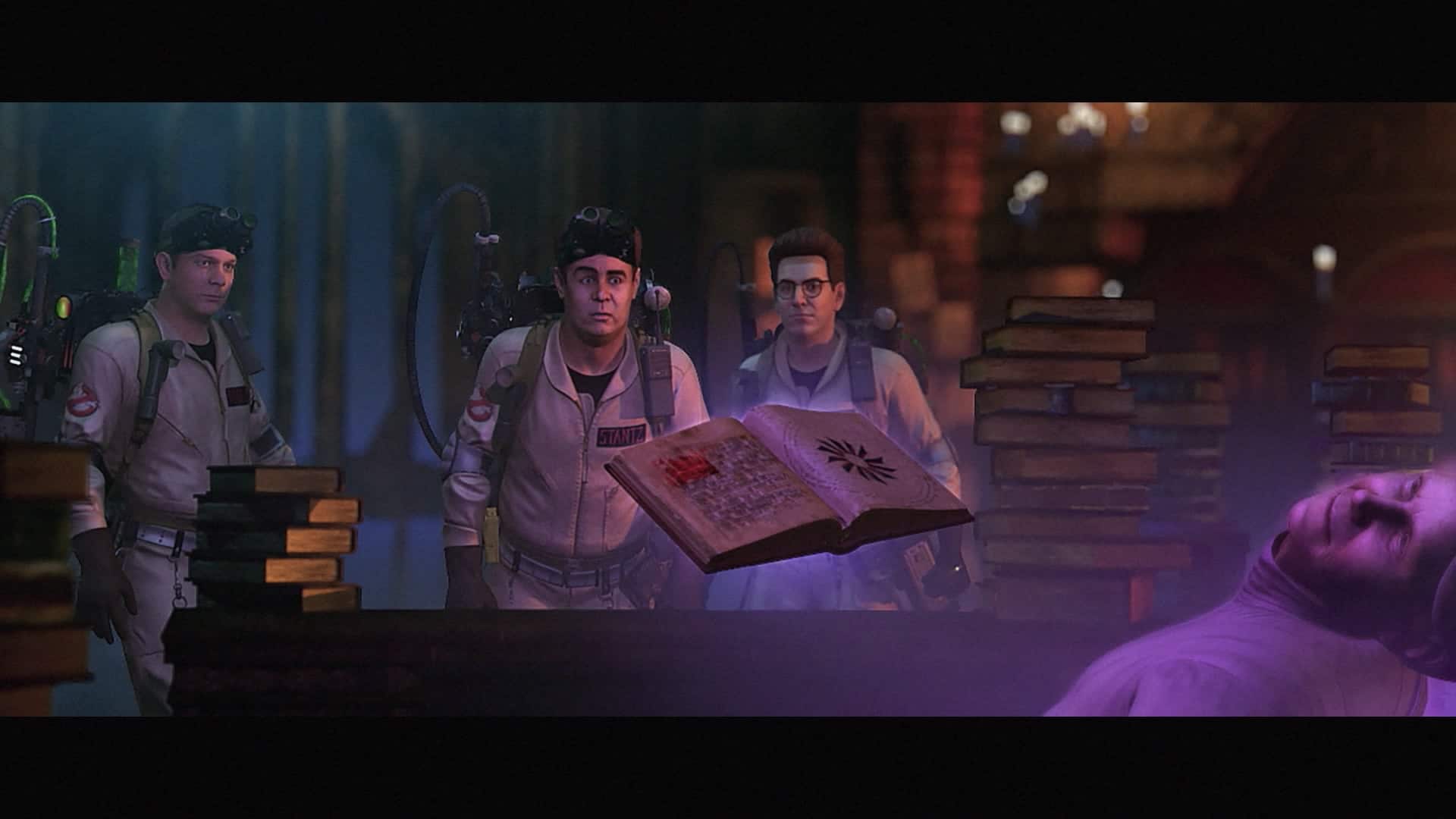 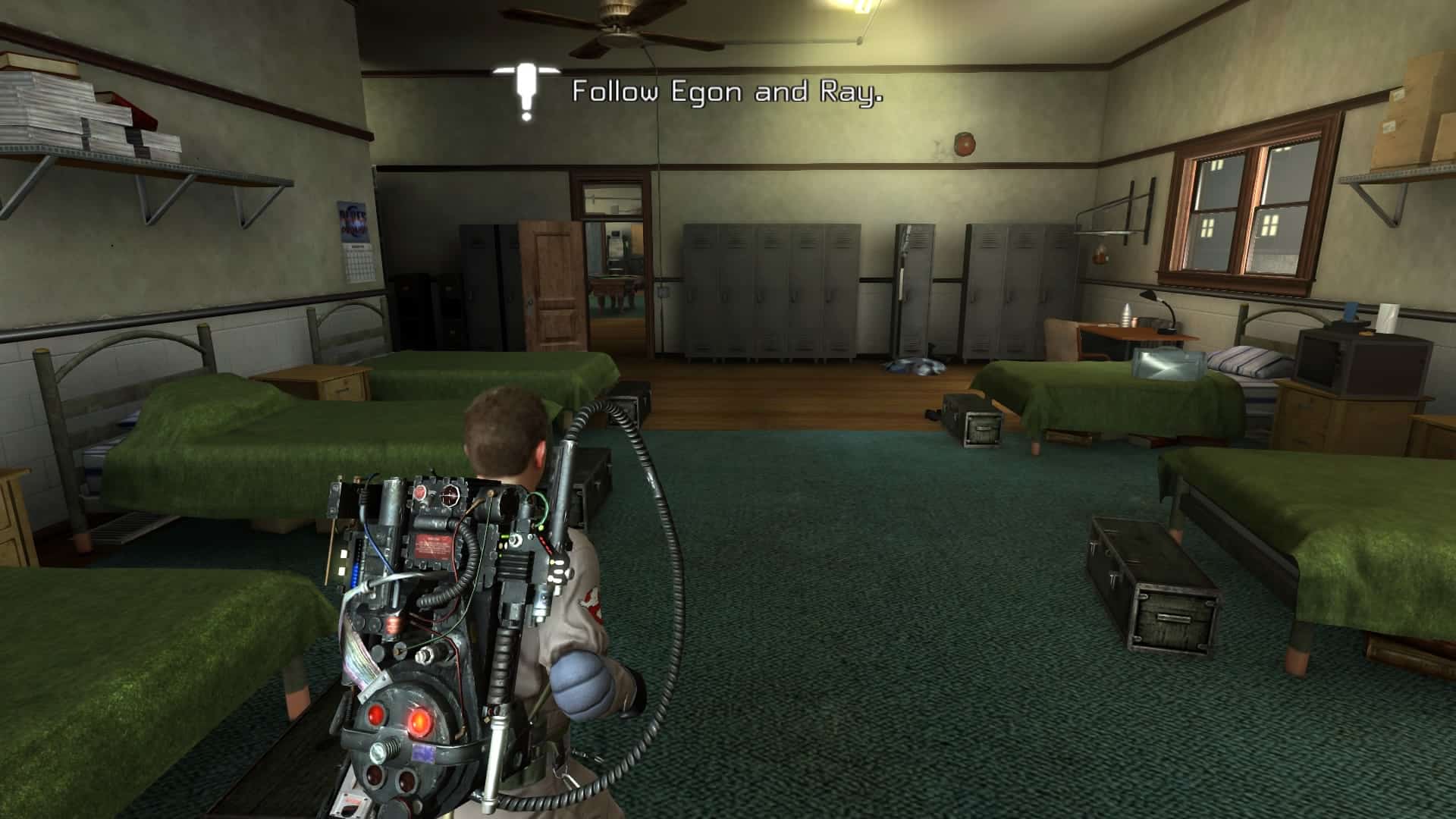 I also appreciated the different kinds of weapons the player unlocks. As the new guy, your job in the team is to test out the experimental and dangerous anti-ghost technology. As such, you gain many different kinds of additions to your Proton Pack with alternate firing modes and purchasable upgrades. There was just enough weapons and enemy types that I could make use of all of them whilst the action sequences still maintained some variety.

“I felt like I spent a lot of fights babysitting the AI players more than actual Ghostbusting.”

While the combat was often enjoyable, the NPC cooperative element dragged it down. Your allies have immense trouble staying alive, and most fights with allies present devolve into running backwards and forwards reviving them instead of fighting ghosts. It really raises the question of how they lasted so long before your character arrived. You don’t need them up necessarily, but they can revive you if you go down. As such, I felt like I spent a lot of fights babysitting the AI players more than actual Ghostbusting.

This wouldn’t be such a bad issue if Ghostbusters: The Video Game Remastered wasn’t missing features present in the original versions. The PS3 and Xbox 360 versions of the game had special multiplayer missions where players could hunt ghosts cooperatively. The remastered version only features the single player content. A new, revamped multiplayer mode will apparently be patched in post-launch, however it was unavailable for me to review.

Ghostbusters: The Video Game Remastered is also technically pretty rough. Many times, the game would freeze in between loading screens, forcing a reset. Often, it would happen after tough encounters, causing no small amount of frustration. Although it was impressive how stable the frame rate was considering all the particle and physics effects everywhere, I really could have done without all the crashes.