Zombieland Double Tap is currently in cinemas, and as much as this sequel is an unexpected blast from the past, so is the official tie-in game – but this does not necessarily equal a good time.

Movie tie-in games were extremely common in the early to mid-2000’s, with some shining examples beloved by gamers, most of them were simply cash grabs that were passable at best.

It is quite fitting then that Roadtrip evokes almost all the worst aspects of this era in an effort to hopefully lure some unsuspecting people into the false pretense of buying a quality title.

The basic gameplay revolves around selecting one of four of the main characters to play as, all with their own unique special ability that can be used once the related meter is filled up from killing zombies, along with a very basic upgrade system after completing each level.

The design of the character models is extremely jarring as it borders on looking close enough to the real-life actors, but also just different enough that the end result doesn’t sit right upon closer inspection. The voice acting also doesn’t fare well as it seems that imitation voice actors were used, and whilst they do a decent enough job, the dialogue is just awful.

I found myself taken aback many times with the dialogue present in this game, and not in a good way. It is just plain bad and uninspired, and with the near-constant bombardment of characters spouting lame jokes and one-liners I actually ended up muting the sound entirely to avoid my ears leaving my body.

“The gameplay itself though is just plain boring, the shooting has no punch, the sound effects have no flair…”

Even if the dialogue and graphics were better, you are unfortunately still left with an extremely subpar game that feels like an early Xbox Live Arcade release.

You play from a top-down perspective and essentially complete meandering objectives during each level whilst running and gunning your way through hordes of zombies.

The gameplay itself though is just plain boring, the shooting has no punch, the sound effects have no flair, and the zombies mindlessly approach and surround you. Even the selection of weapons at your disposal are stock standard ranging from standard pistols to assault rifles. 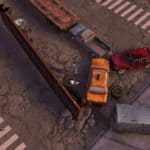 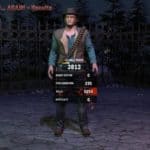 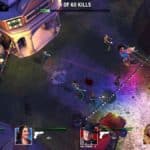 Zombieland Double Tap: Roadtrip is a game that I find hard to recommend, not just due to the basic gameplay, outdated graphics, bad voice acting and lack of any real fun, but simply because it seems like there was a goal to pass the bare minimum requirements necessary to develop a game in time for the movie release.

I would be hard-pressed to justify you spending your hard-earned money on this title, especially as it is incredibly overpriced for what it contains, but if you are after a mindless twin-stick shooter to waste some time, then I would suggest waiting for a sale before grabbing this resurrected-back-to-life corpse.