As technology and visual graphics improve, the popularity of simulation games such as Bee Simulator grows. The number of simulation games increases exponentially bringing different realities to the forefront of the human experience. Bee Simulator contributes to this front wonderfully, introducing an interactive experience which makes learning about and experiencing the life of a Bee a great deal of fun.

After some initial launch and controller issues, I got stuck into Bee Simulator. The opening moments of the game present an incredibly well thought out introduction. It clearly denotes the purpose of the game and the narrative it will follow while also introducing us to a beautiful package of digital art as we are birthed into our new Bee Hive.

You, a newly hatched bee, are introduced to the culture and lifestyle of a bee hive. You’re expected to contribute to your hive and work for the queen bee, collecting and providing pollen to the hive in preparation for winter. Just Bee things, right?

Bee Simulator doesn’t buck the trend on tutorials though. Your introduction to the world is also your introduction to the controls, and it spends quite some time teaching you how to play. For seasoned gamers, this felt like a bit of a chore. Many may be put off by this approach to being taught how to play with even younger players potentially finding it cumbersome and dragged out. Once the tutorial is done, the queen anoints you as a honey bee and it’s time to collect, battle and enjoy the vast world present in Bee Simulator.

Flying around the local park and zoo presents an enjoyable and fun experience. The park is full of interesting and wonderful things to enjoy and see, especially flowers! Collecting flowers quickly became addictive as the chime sound played, denoting a successful fly by.

While its super fun zooming around the zoo and park hitting pollen rings (as I like to call them), I feel as though the developers missed an opportunity here. The process of landing on a flower and collecting the pollen from the stamen could have made for a fun minigame. It also would have made more sense from an educational perspective whilst increasing the immersive experience. As it stands, the process feels just too easy and undeserved, with your pollen metre being filled up simply by flying past a flower. It may be a small detail, but in a simulation game it makes a big difference.

“Having side quests allowed the focus to shift and increased play time quite significantly, even if the quests felt repetitive.“

The skills available to you in Bee Simulator are limited to two: Beetro and Bee View. Beetro made flying around the map faster and more interesting. The Bee View allowed you to locate and collect pollen from rarer flowers, increasing the reward for locating legendary flowers. Beetro made flying around the park and zoo far more fun, and racing against other bees was an interesting element. Controlling the energy you had and collecting the power-ups during the race added an interesting challenge into the mix.

There is an added bonus of ‘Open World’ quests which you can choose to do as a side to your main storyline. However, many of them are repetitions of journeys you’ve completed during the storyline and become cumbersome on the third or fourth go.

Without the side quest element, Bee Simulator would potentially become boring very quickly. So having side quests allowed the focus to shift and increased play time quite significantly, even if the quests felt repetitive. There is a battle system element of gameplay too, but it felt almost detached from the rest of the game’s objectives. It had no real progression system or ‘increasing experience’ feature to make it rewarding.

The game felt unrewarding when it came to its battle system as well. Without the ability to increase your attack or defence, the game begun to stagnate. Winning a battle didn’t result in any significant reward which meant there was no incentive to jumping into a new fight. Skipping battles felt more realistic than fighting them, because combat felt disconnected from the rest of the game. These mechanics are fun in isolation, but feel incoherent across the main storyline.

Bee Simulator does incentivise gameplay through the option of avatar customisation. Players can customise their bee’s avatar through collecting knowledge points and unlocking knowledge achievements in the hive’s library. Finding a particular bit of knowledge unlocked hidden costumes, hats/cosmetics and bee flares. This was a required feature, and is a fantastic motivator which kept collecting knowledge points worth the effort. The number of cosmetics are limited however, and it seems that it tries to be a little more ‘Fortnite-esque’ than it needs to be.

Graphically speaking, the introduction of Bee Simulator was stunning as are major elements of the game such as the park and the beehive. Overall the game is visually stunning and captivating. There is a large number of repetitive model uses in frequented areas though that become glaringly obvious and ruins the immersion. 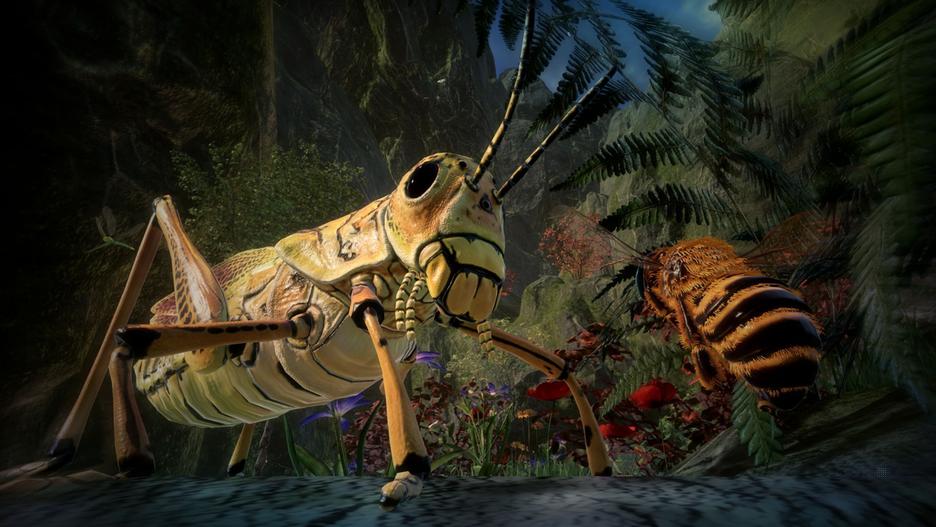 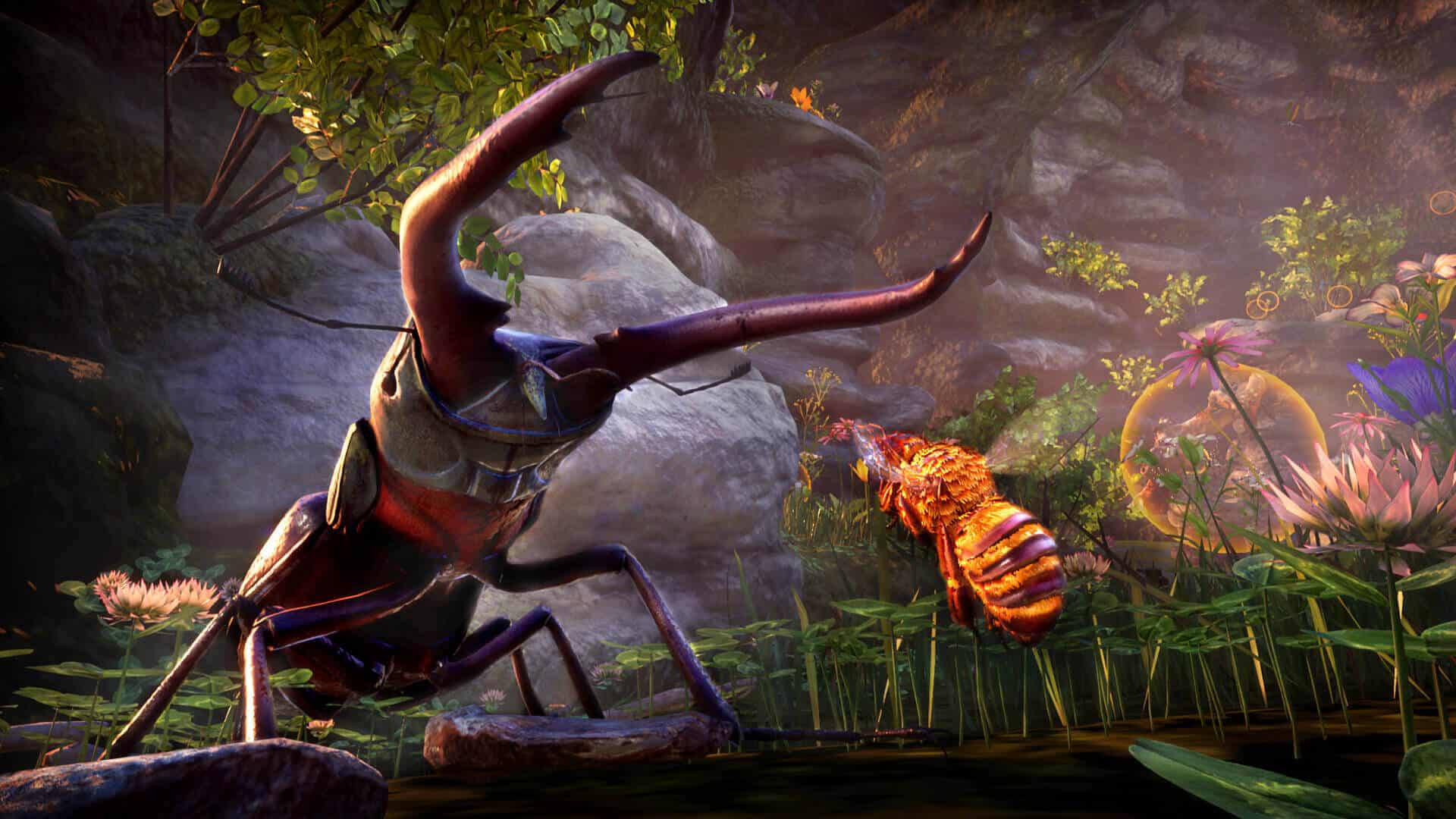 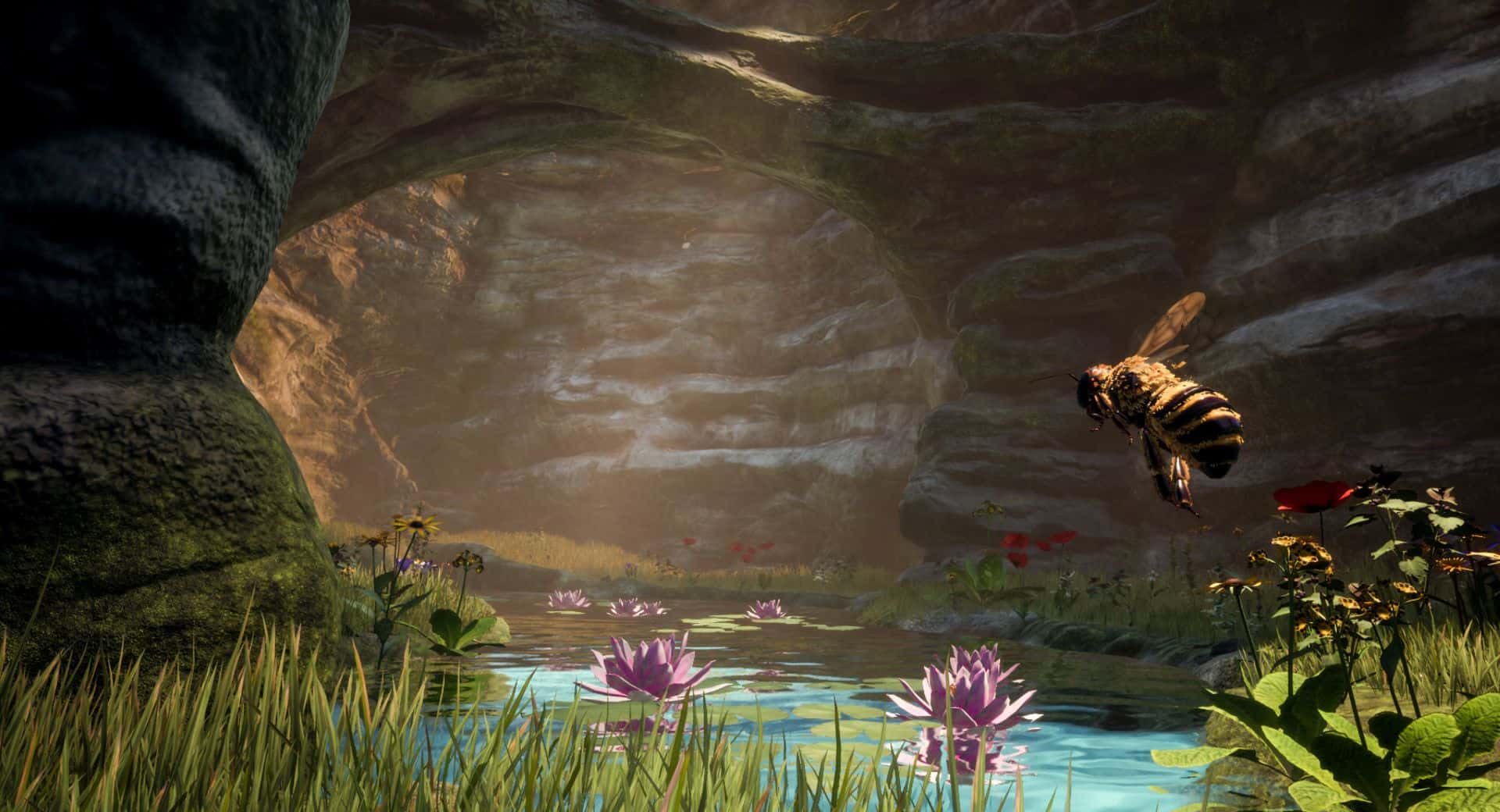 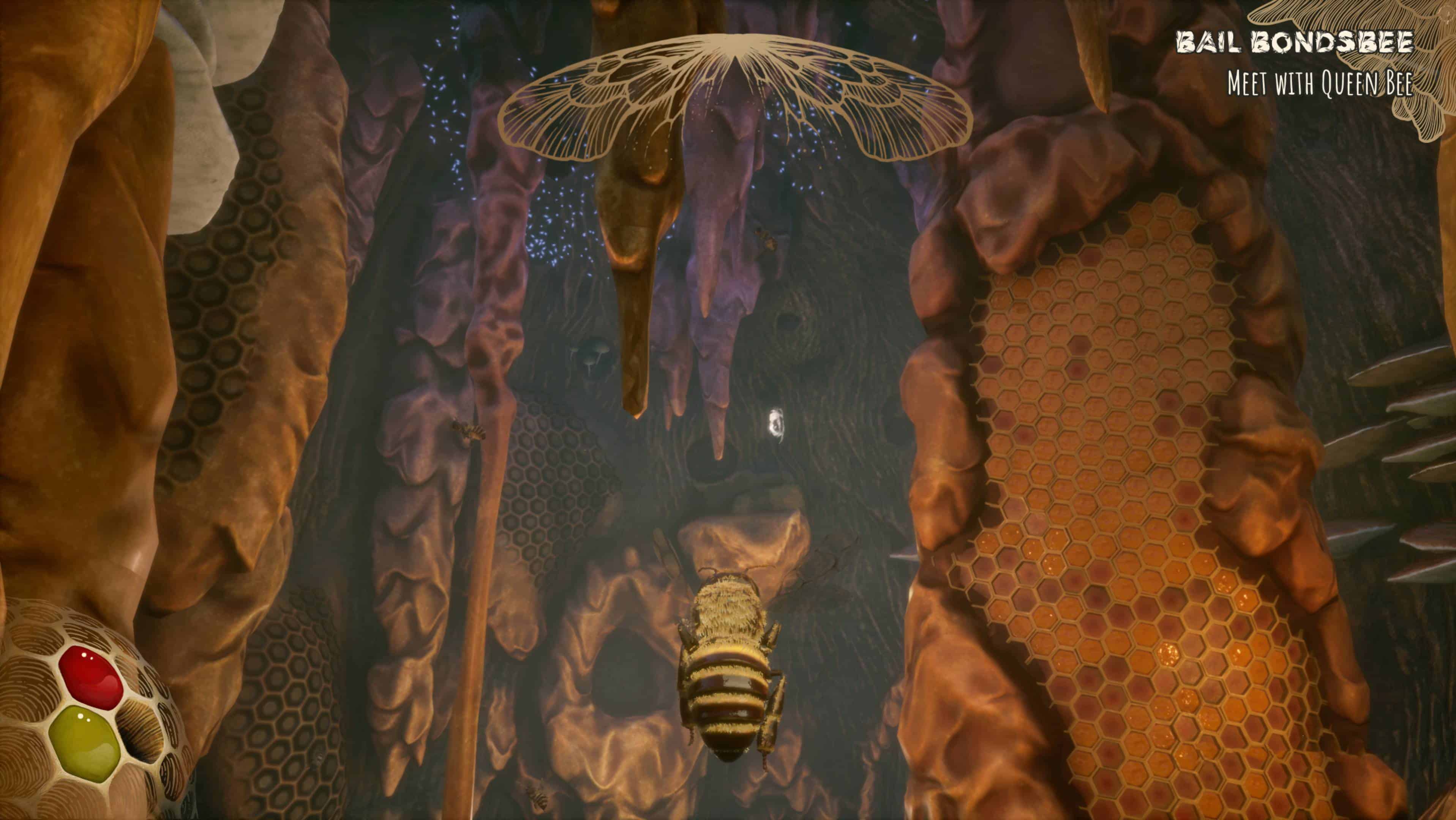 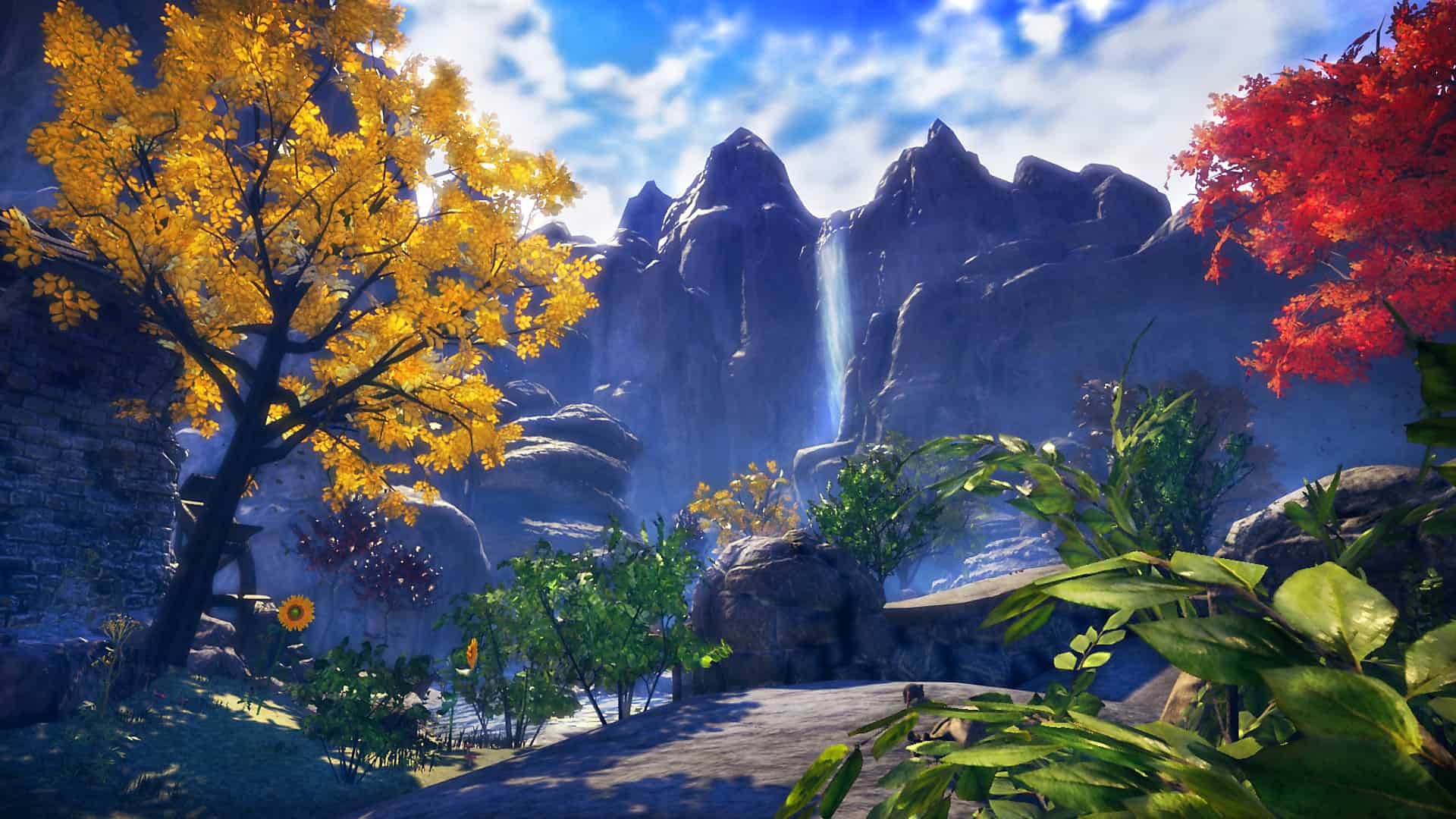 The education element advertised by the game feels like it hits the nail on the head. Overall I felt like I got a good idea of what being a bee was like, while enjoying the lighter mechanics and playful approach.

Whilst my first playthrough was on ‘easy mode’, there is a ‘hard mode’ setting available for those looking to challenge themselves. Hard mode has you playing through the same storyline although it felt as though the races became more risk-centric. Collecting pollen had to be more strategic too and you needed to put in a little more thought overall as the activities and mechanics got more complicated.

After completing the main story of saving your hive from destruction, you unlock free mode. Free mode allows you to complete any hidden costumes and discover new side quests around the Park and Zoo. Most importantly, it also lets you fly through pollen rings to hear that addictive and rewarding pollen ring chime.

The initial playthrough of Bee Simulator is very enjoyable. The characteristics, voice acting and approach is refreshing. It is far more positive and friendly than the predominant number of games hitting shelves these days. Its innocence allows players to feel like a kid. It also presents a reminder that gaming is more than just eSports and Battle Royales on Twitch. Bee Simulator offers a lot of exciting and unique experiences, especially for younger players. Mechanically speaking however, it lacks a long-term system to maintain player interest.

Bee Simulator’s visually stunning scenes should undoubtedly be appreciated. Whilst more effort could have been made to make the game more dynamic and exciting, I can’t deny the game succeeds in providing an interactive education system that would be a real win for younger audiences.