Few games have had as much to prove as Star Wars Jedi: Fallen Order. After the particularly frigid reception to Star Wars Battlefront II’s monetisation model, publisher Electronic Arts needed to prove that it can produce Star Wars games that are simply good games, and not simply complicated schemes to wring money from players. To that end, Respawn Entertainment, the developers behind the Titanfall franchise, have developed a single-player, story-driven Star Wars game that with no multiplayer components or microtransactions. Fortunately, it paid off, and Star Wars Jedi: Fallen Order is absolutely worth your time.

Set some time after Episode III: Revenge of the Sith, the Jedi Order are scattered and on the run, hunted by the Empire. Cal Kestis, a former Padawan, is now hiding out as a scrapper on a backwater planet until he is accidentally outed as a Force user, and must go on the run. Recruited by Cere Junda, a woman with her own mysterious past with the Jedi, Cal must travel the galaxy searching for a holocron with the names of Force-sensitive children in order to rebuild the Jedi Order once more. 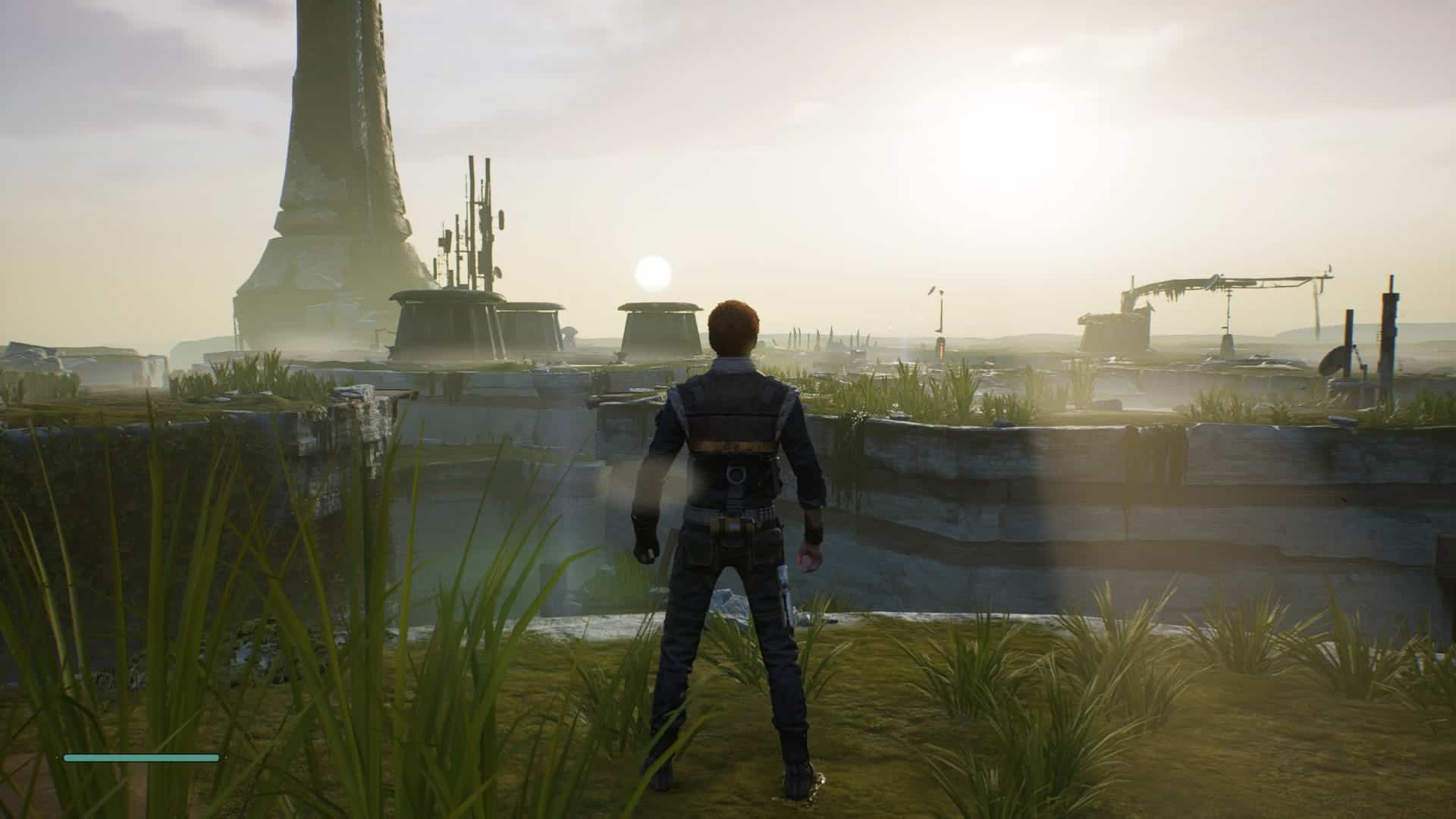 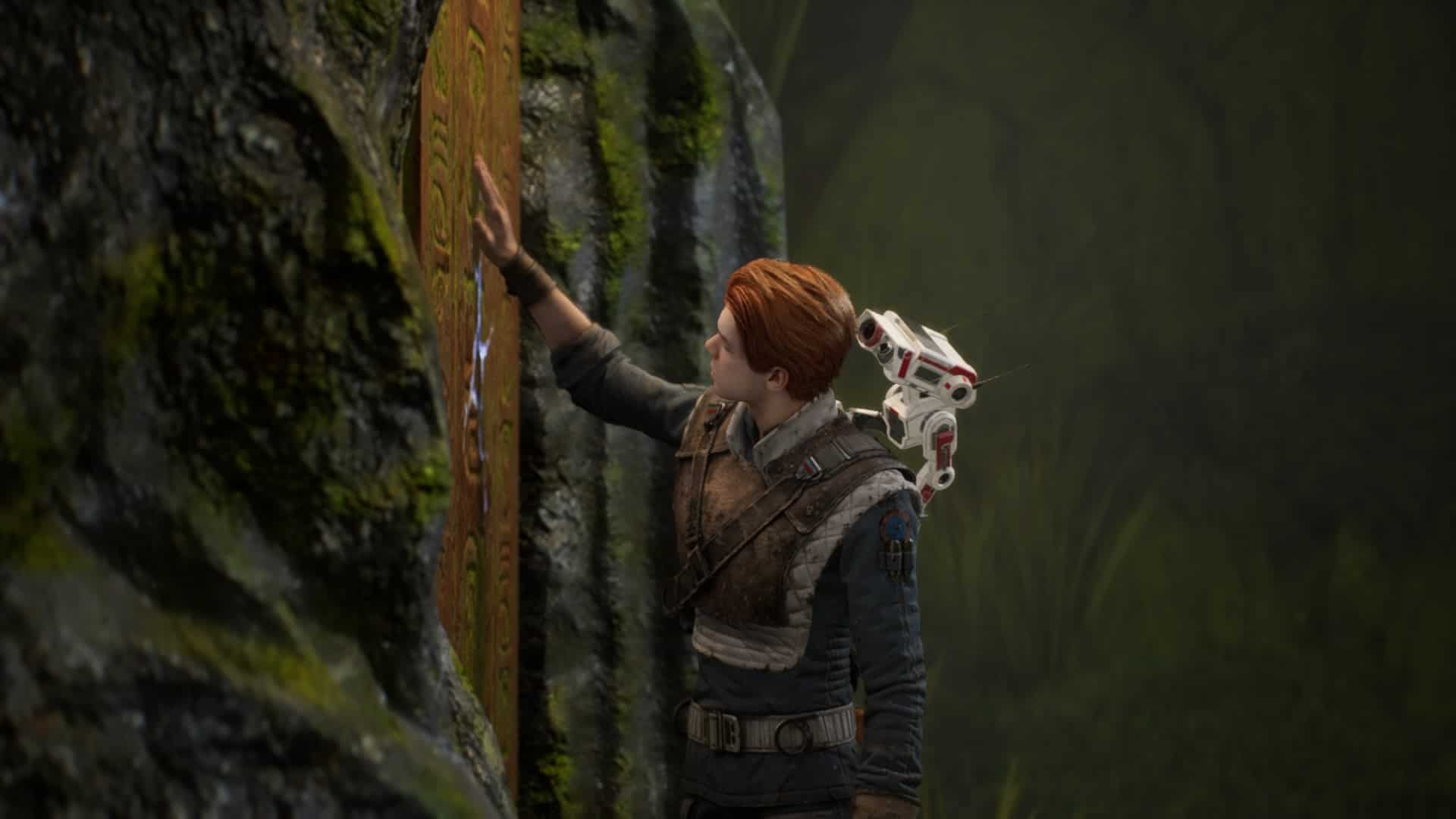 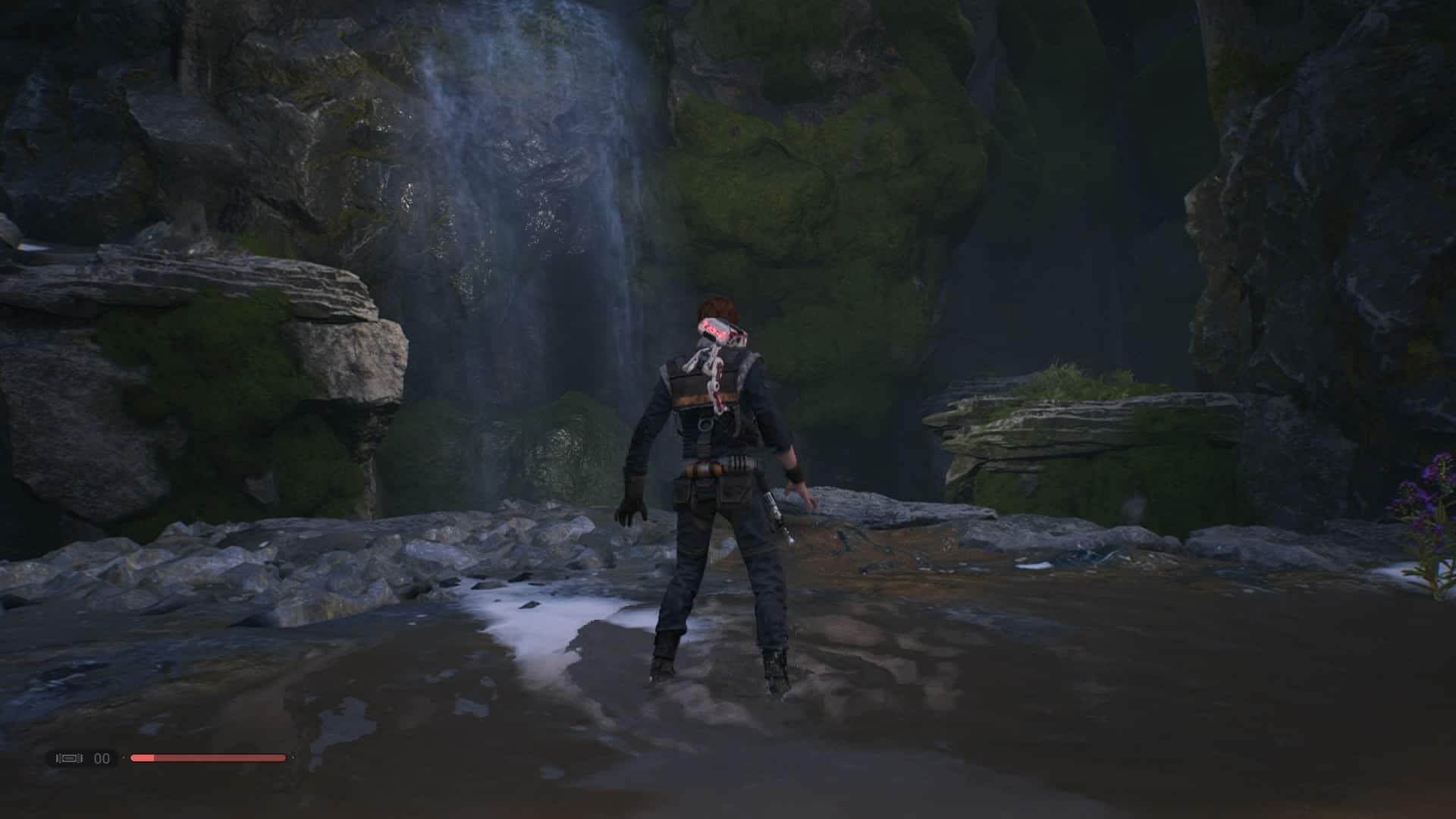 Being a prequel to Episode IV: A New Hope, the plot does run into some issues regarding tension. It serves perfectly fine as an excuse to have Cal and friends travel across the galaxy fighting the Empire. That said, considering the Jedi Order remains nearly extinct by Luke Skywalker’s time, it is pretty evident early on that Cal and Cere’s adventure won’t end up having much of an impact on the galaxy. Furthermore, many of the twists may end up feeling kind of predictable if you are at all familiar with Star Wars stories.

That said, the characters go a long way towards keeping me invested. Cal (voiced by and modeled after Gotham’s Cameron Monaghan) is a very likeable lead, who is keen to revive the Jedi Order, but whose lingering survivor’s guilt keeps him at arm’s length from his companions. Many of the other side characters, such as Cere Junda and the captain of your ship, the Stinger Mantis, Greez Dritus, also have a surprising amount of depth to them.

I also appreciated how much of Fallen Order’s cast was original for this game. Although there are some familiar cameos, for the most part Fallen Order attempts to set up its own cast and mythology as opposed to relying on elements from the movies.

And no analysis of the characters would be complete without at least one paragraph writing about how great BD-1 is. BD is your friendly droid companion who joins Cal early on. BD has soared to the top of my list of best Star Wars droids after this game. He is enormously expressive, from his WALL-E-like eyes, to his habit of diving in and rummaging around chests he finds, to how there is literally a button on the PS4 d-pad to interact with him while he is riding on Cal’s back, Ratchet and Clank-style.

Fallen Order’s gameplay can be compared to a mix of Dark Souls and Tomb Raider. Like Dark Souls, levels are labyrinthine and filled with shortcuts looping back to the limited save points. You have a limited number of healing stims, which are recharged whenever you rest at a meditation point. All enemies also respawn whenever you rest. Cal steadily unlocks new Force abilities and upgrades for BD-1 which unlock new areas, and encourage backtracking to find gameplay upgrades and cosmetic options. Combat can also be pretty challenging on the higher difficulties; Cal’s no Starkiller from The Force Unleashed games.

The game also takes much influence from Uncharted, Tomb Raider, and Respawn’s own Titanfall franchise. In between hacking up Stormtroopers and wildlife, you complete Force-assisted platforming challenges, such as wall-running, swinging on vines and completing puzzles.

“Combat feels exactly how a lightsaber duel should feel, with most enemies going down in a few hits.”

The game wears its influences on its sleeve and I found it all worked rather well. Combat feels exactly how a lightsaber duel should feel, with most enemies going down in a few hits. The challenge comes from defending yourself when assaulted by large groups of foes. Having to hold off wild animals with the Force while reflecting blaster bolts at Stormtrooper gunners and dodging away from a Purge Trooper with a stun baton is thrilling, and forced me to think on my feet to avoid being overwhelmed.

I loved the amount of personality injected into the enemies in Star Wars Jedi: Fallen Order. Purge Troopers, elite foes trained to hunt Jedi, are extremely confident and aggressive in their dialogue. Ordinary Stormtroopers, on the other hand, start out confident when they have a numbers advantage, but begin to audibly panic as they are whittled down. It made the humanoid enemies feel like more than replaceable, faceless foes. 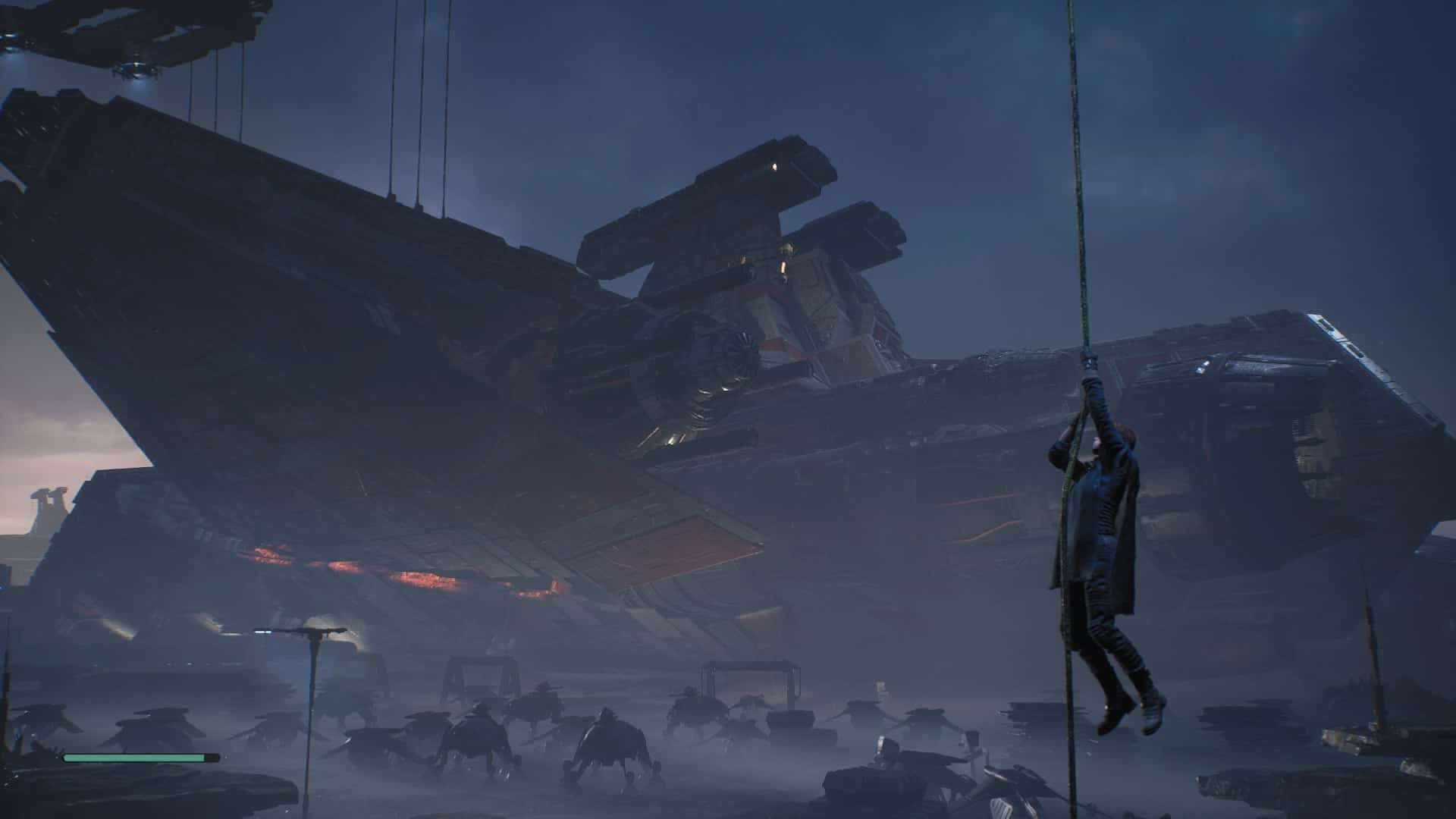 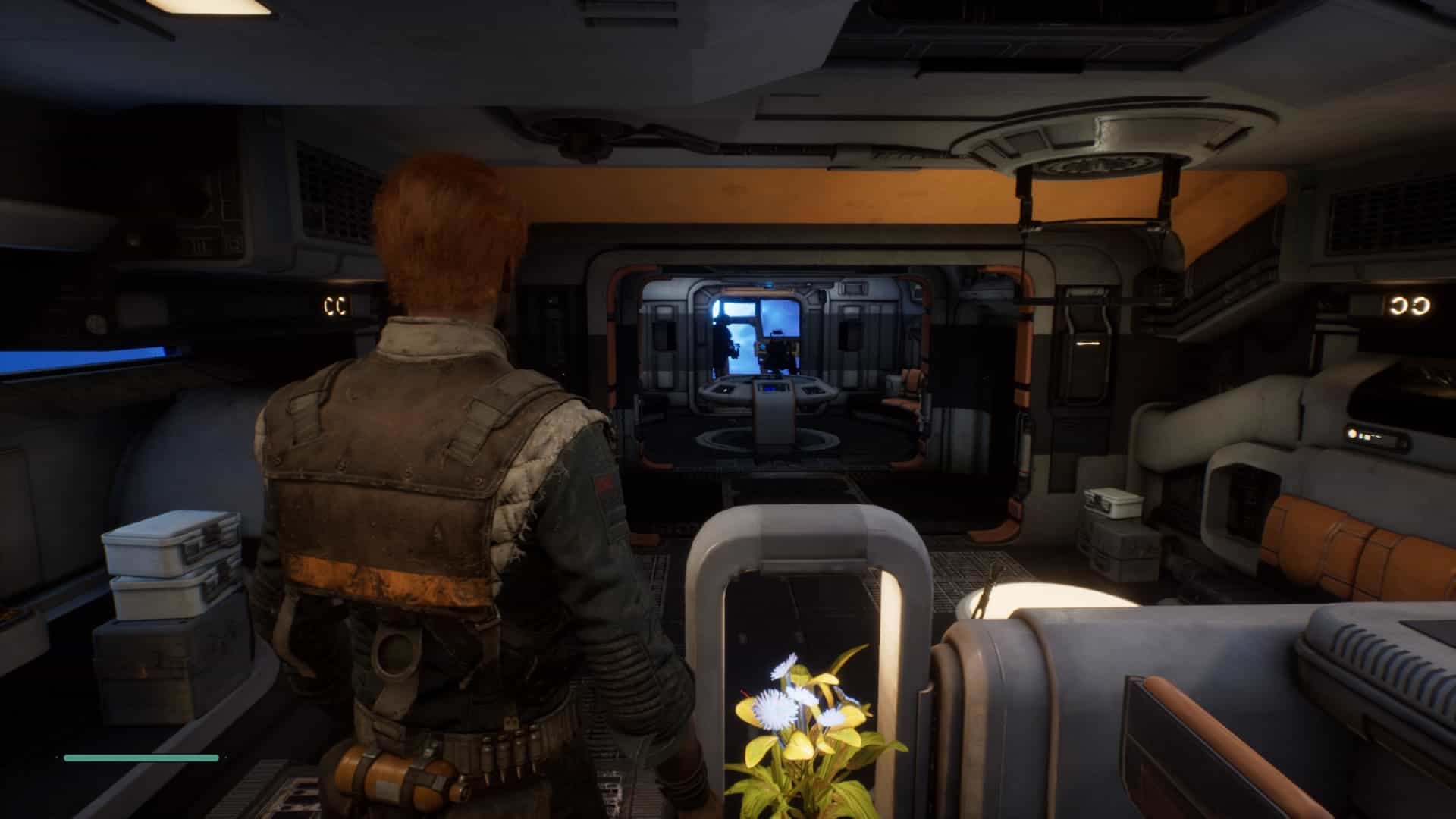 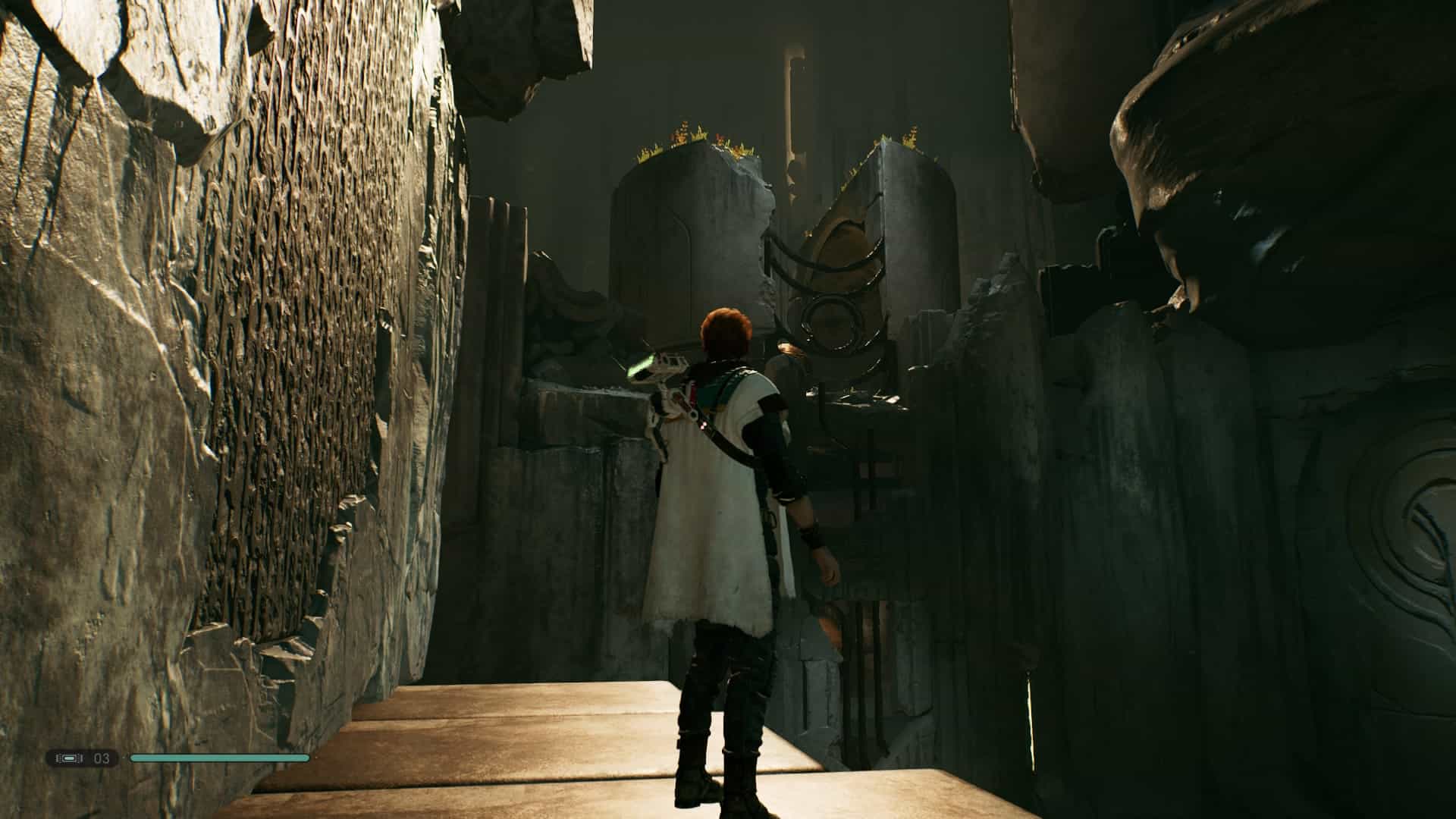 Unfortunately, on a technical level, Star Wars Jedi: Fallen Order can be a little shaky at times. In between shot transitions during cutscenes, characters’ textures would noticeably pop in during dialogue. On one planet, enemies only spawned in a few seconds AFTER I had finished resting, causing them to spontaneously appear in front of me out of thin air as I was exploring. The game is otherwise gorgeous and contains some stunning locations, so when the graphical bugs occur, it is more noticeable.

Also, while every planet is a wide open area with no loading screens, it does lead to obnoxiously long loading times when Cal respawns. In addition, sometimes it needs to squeeze in a loading screen anyway, and jarringly freezes the action to load the next room for a few seconds. This is on a default PS4, however; more powerful systems may have better performance.

Star Wars Jedi: Fallen Order is probably the best Star Wars game since at least the Knights of the Old Republic games. With a fairly strong original narrative complimented by likeable characters, it shows that Star Wars games produced by EA can be more than just nostalgia-fuelled vending machines. With a compelling mix of platforming, combat and exploration, it is a joy to traverse the galaxy as Cal Kestis. Star Wars Jedi: Fallen Order is a strong recommend for any fan of Star Wars or action games in general.