It took me around 26 hours to finish Chapter 1 of The Legend of Heroes: Trails of Cold Steel III. That’s this review in a nutshell. I completed every sidequest I could find, I beat every boss, and I watched every cutscene. 26 hours. Chapter 1.

I played through the first Trails of Cold Steel on PlayStation Vita, earlier this year. It was 90-ish hours of slow, measured world-building. Most of the game involved setting up plot points to be explained in later games. I enjoyed the turn-based battle system, but the game prioritised its story at about a 70:30 ratio. Some scenes were so tedious, I found myself literally falling asleep.

However, I don’t regret my time with the first Cold Steel, because it ended with one of the best-executed plot twists I’ve ever seen in a game. A twist that capitalised on the 90 hours I spent getting to know these characters. I never played Cold Steel II, so I was nervous going into the third game with that lack of knowledge.

Thankfully, there is an optional recap of the two prior games. It took me two hours to get through it, but it caught me up on what happened in Cold Steel II so I was ready for its sequel. Let’s just say, I’m grateful I got a recap.

Here’s a quick, spoiler-free synopsis. The Cold Steel games are set in the land of Erebonia. This is a land perpetually at war with a neighbouring country, but also contains a myriad of struggles within it, between various factions. These factions often utilise other, smaller factions to fight for them. Each faction takes a side in the larger conflict, but also has a personal agenda unique to them. The complexity of the plot comes from the many, many characters. A single character may be a member of multiple factions at once, and this affects their personal relationships with other characters.

The first game starred Rean, a humble teen boy in a military high school. His class, Class VII, formed the primary party in the original Cold Steel. Class VII went through a lot, and had personal run ins with several of these powerful factions. Cold Steel III stars Rean yet again, now several years older, and the teacher of a brand new Class VII.

Cold Steel III excels at appealing to people who have played the previous games in the series. This counts not just Trails of Cold Steel I and II, but the five “Trails of” titles that precede them, which take place in other parts of the same world.

The students of the new Class VII are (relatively) new characters. This may help ground the experience if this is your first game in the franchise, but what kept me interested were the callbacks.

Familiar faces from the old Class VII – my Class VII, goshdarnit – occasionally pop up in the story as guest party members. After 90 hours with them, I was interested to see what they would be like as adults, and Cold Steel III does not disappoint. After the table-setting of Cold Steel I and II, III is the feast. Secrets become revealed, plans go into motion, and the tension is palpable.

A lot of my enjoyment of the story came from the time I devoted to the first game. I was bored for most of those 90 hours, but now they’re paying off in spades. I’m sure if I had played Cold Steel II, or any of the other games, I would have enjoyed it even more.

So, I’m unsure if Cold Steel III is easy to recommend for someone new to the series. I would recommend starting with the first Cold Steel, which has similar gameplay. This isn’t a series you can rush through. It demands your time and patience.

Onto what that gameplay actually looks like. Each chapter is split into two rough “acts”: the first, in which you are free to explore the school and its surrounding town; and the second, in which Class VII are sent to a different part of the world on a field mission.

Notice that I haven’t brought up combat yet. That’s because there’s very little of it when you’re at school. You are free to go through every room of every building, to accept sidequests, talk to people, and learn more about the state of the world. Some of the most inessential townsfolk have names, which means they have an arc. Each time you return from a field mission, they will say something different, about how they’ve changed. It’s incremental, but if you put the time in, getting to know these people is truly rewarding. But you need to put the time in.

Field missions are higher-octane affairs. You’re sent to a different part of the world, to complete quests, explore, and fight bosses. This means, once again, you can simply complete your required missions if you wish. Or, you can explore the breadth of the area, and see what you can learn. You are rewarded if you put in the time.

Field missions also have areas with enemies – ok, now we can talk about the battle system. It’s turn-based, but takes into account character placement as well. There will be times you’ll need to spend a time avoiding an enemy’s attack, sacrificing your chance to attack. Orbments are little collectable gems each character can equip to let them use magic, or improve their stats. There’s a lot each character can do in any given turn, and it’s important to keep track of all of them. You are required to take your time to learn the intricacies of each character’s abilities. Because the boss fights do not mess around.

Even on Normal difficulty, I found each boss fight to be a substantial difficulty spike. Each boss requires a specific strategy to take them down, and a lot of trial and error is required to figure out what that strategy is. It’s in these moments that Cold Steel III feels less like it’s encouraging you to take your time, and more like it’s grabbing you by the shoulders, screaming in your face until you give it the time it needs. Thankfully, you can save at any point, and dying lets you immediately restart a battle, so the frustration is mitigated to an extent.

You may not be ready to give Cold Steel III so much time of the time it needs from you, and that’s perfectly understandable. However, I haven’t mentioned my favourite part of the game yet: High-Speed Mode. By simply tapping the left side of the PS4 trackpad, all game speed doubles. This includes all animations during gameplay, battles, and cutscenes. Music and voices still play at original speed. Kiss those 15-second-slow-pan establishing shots between every single scene goodbye. Speed through those longer battle animations. High-Speed Mode combined with the dash button lets you zip from one end of a big map in no time. High-Speed Mode eliminates an enormous deal of the tedium in this series, and after 26 hours, I started feeling naked without it. More JRPGs should have it.

And speaking of time (and bad segues), there is one commonly occurring element in this series that seems to be behind the times. As well written as Cold Steel III’s story is, it is absolutely soaking in the male gaze. Every major female character’s attractiveness is commented on repeatedly. When so many characters are underage, this is cringeworthy stuff. There is a moment in Chapter 1 in which a woman is strongly implied to grope another woman without her consent. This entire scene is played as slapstick, complete with wacky sound effects. The fact that both these characters are villains doesn’t make it any less uncomfortable to watch. This is arguably an issue prevalent in many JRPGs, but it’s a long-dated trope that this series heavily leans on, to its detriment. 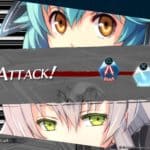 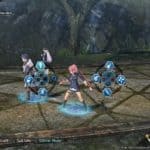 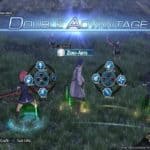 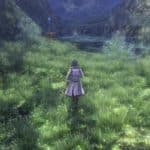 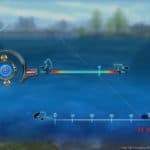 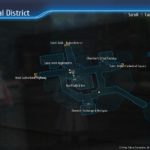 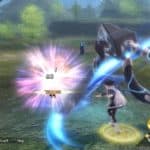 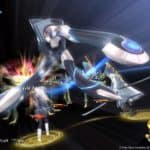 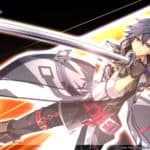 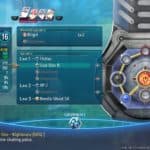 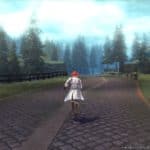 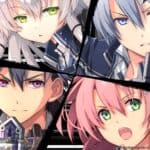 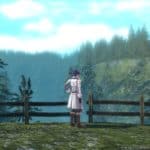 A lot of Proper Nouns get tossed around in Cold Steel III. Scenes involve characters repeating the same information again and again, but this is a game about analysing every granular moment within a burgeoning world war. It’s often tedious, but that’s the only way to keep track. If you’re the kind of person who likes to skip cutscenes in JRPGs and just focus on the gameplay, you are probably not going to enjoy The Legend of Heroes: Trails of Cold Steel III. If you’re ready to take your time and absorb yourself in this world, you might find yourself invested in Rean and his pals. But if I’m honest, you should play the first Cold Steel first. Don’t rush with this series. Slow down. Take your time.