AO Tennis 2 Review – Quite the comeback

When AO Tennis launched two years ago, it quite plainly suffered from being rushed out in an attempt to capitalise on the Australian Open tournament itself which happens every January. What Aussie’s received could politely be referred to as a double fault, with jarring gameplay and matches that didn’t flow very well, among other problems. Local developer Big Ant seemingly had their heart in the right place though, and ended up patching the game for months following its release, eventually leaving it in a pretty playable state despite its bumpy beginnings.

AO Tennis 2 now comes out, again, just in time for the Australian Open tournament; but in this second effort, it feels like they’ve learned a lot from the previous iterations shortcomings and delivered a very strong entry that I’d say is the best tennis game of this generation, with an enjoyable career mode and refined gameplay that kept me satisfied on and off the court.

An array of new animations make each player feel different and very appropriate to their real life counterparts, and each point flows really well, as if you’re watching a real battle play out on television. You’re still moving the player around the court while thinking about your shot placement which can take some getting used to at first, but once you’ve adapted to AO Tennis 2’s style of play it makes for a smooth gameplay experience.

It’s more complex than just a one-button tap for each shot that you might be used to from other tennis games of the past, as you need to pre-emptively hold the shot button down leading into the moment the racket connects with the ball, so I’d recommend you adjust your expectations that you’re not going to pick up and play this one like say, Virtua Tennis or Top Spin. Once you get a handle on it though, you’ll be slinging forehands and nailing drop-shots as often as Nick Kyrgios argues with an umpire.

It’s not a perfect system though; several points of each match were lost for me when my player didn’t move in the right direction or simply didn’t swing for a shot that would have otherwise been completely achievable. If I’m outplayed during a point that’s one thing, but to lose a crucial point due to an animation not registering or the AI deciding to have a mind of its own is frustrating.

Your opponent also can sometimes pull out shots that are… impossible. Getting past them on higher difficulties is challenging enough without them also  having additional glitch-related superpowers. These weird moments didn’t happen often enough to entirely pull me out of the experience, but hopefully these will be rectified in future patches to ensure the gameplay remains crisp and rackets – or controllers – aren’t thrown.

Where AO Tennis 2 doesn’t feel as complete as it should is when it comes to the licensed content within. The Australian Open is the only Grand Slam that is truly featured – Rod Laver Arena, Margaret Court Arena and more do look great with a lot of detail that made this tennis fan, who has visited those courts pretty much yearly, smile. Other Grand Slams aren’t licensed though, and equally disappointing, the roster of players is quite small, with only 25 to choose from. These feature a couple of big hitters (Rafael Nadal and Ash Barty are the top stars), but then takes a noticeable dip down to players lower in the rankings like Gael Monfis and beyond.

No Roger Federer, no Novak Djokovic and no Serena Williams make for some glaring omissions, but there are plenty of others that you’d normally expect to see in a tennis game that just aren’t here. I understand that there are licensing issues with player likenesses which must cost a lot of money, but you can’t help but feel like there are genuine missed opportunities and some obvious gaps that people will want to see, especially given how many of those big names really became superstars here at the Australian Open in the first place.

The good news is that the game features two years worth of user-created content from the previous AO Tennis, meaning plenty of player-made athletes and arenas are downloadable at your fingertips, and there are several including the names mentioned above that have a decent likeness. It’s not as crisp as if they’d animated them individually like the players they’ve included, but it’s a good option if you want to build out your roster so it’s representative of the current rankings. 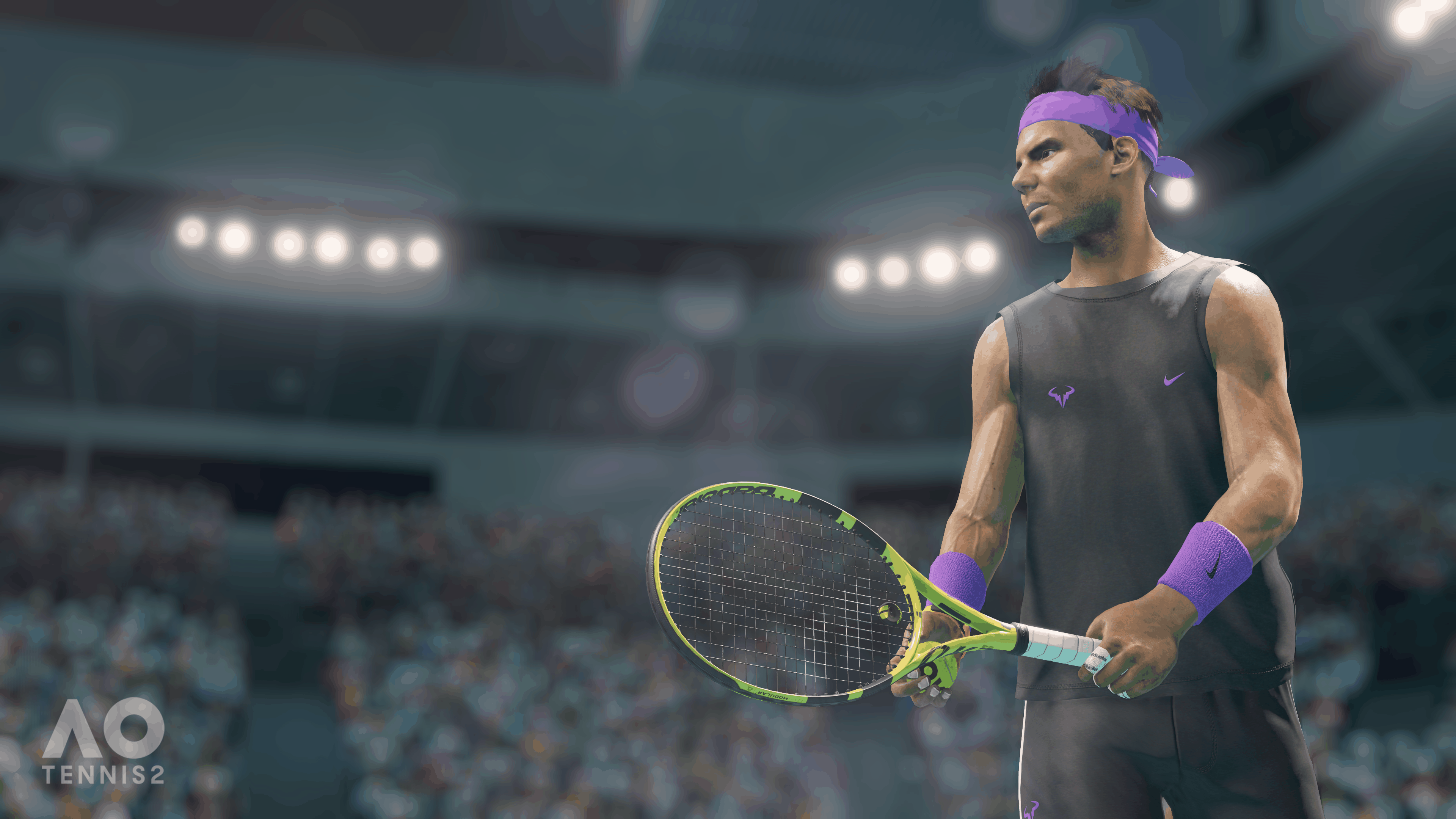 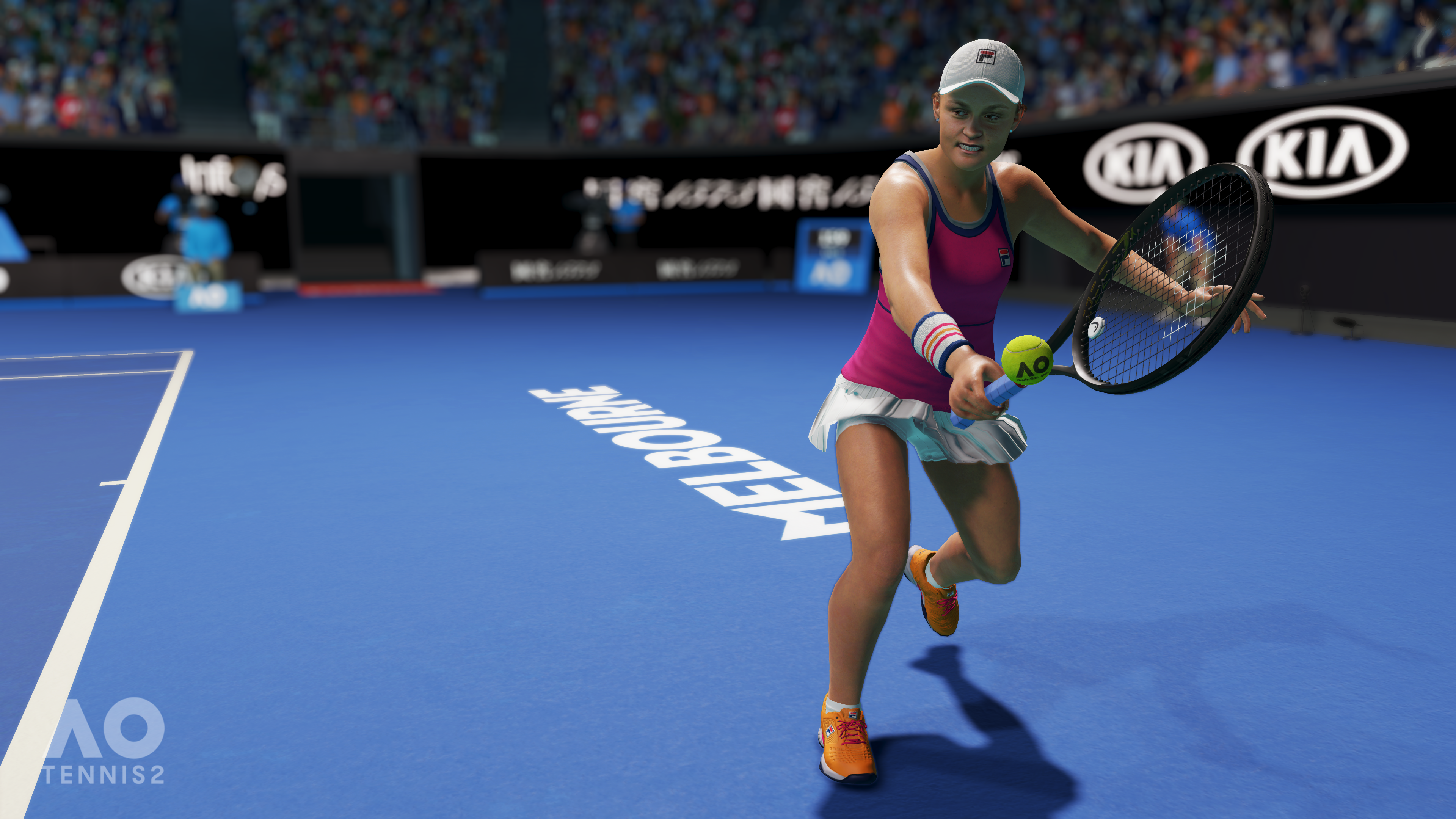 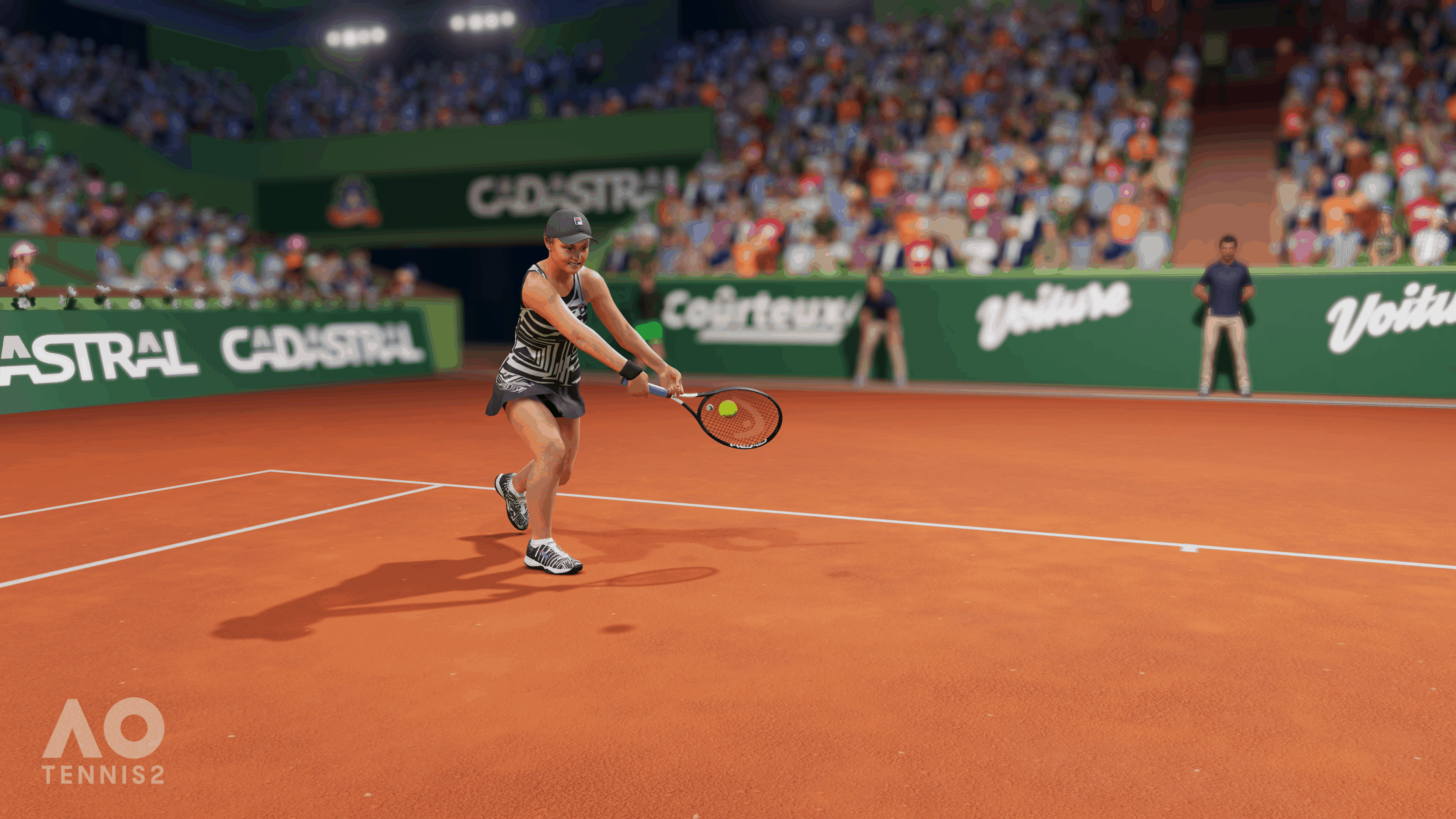 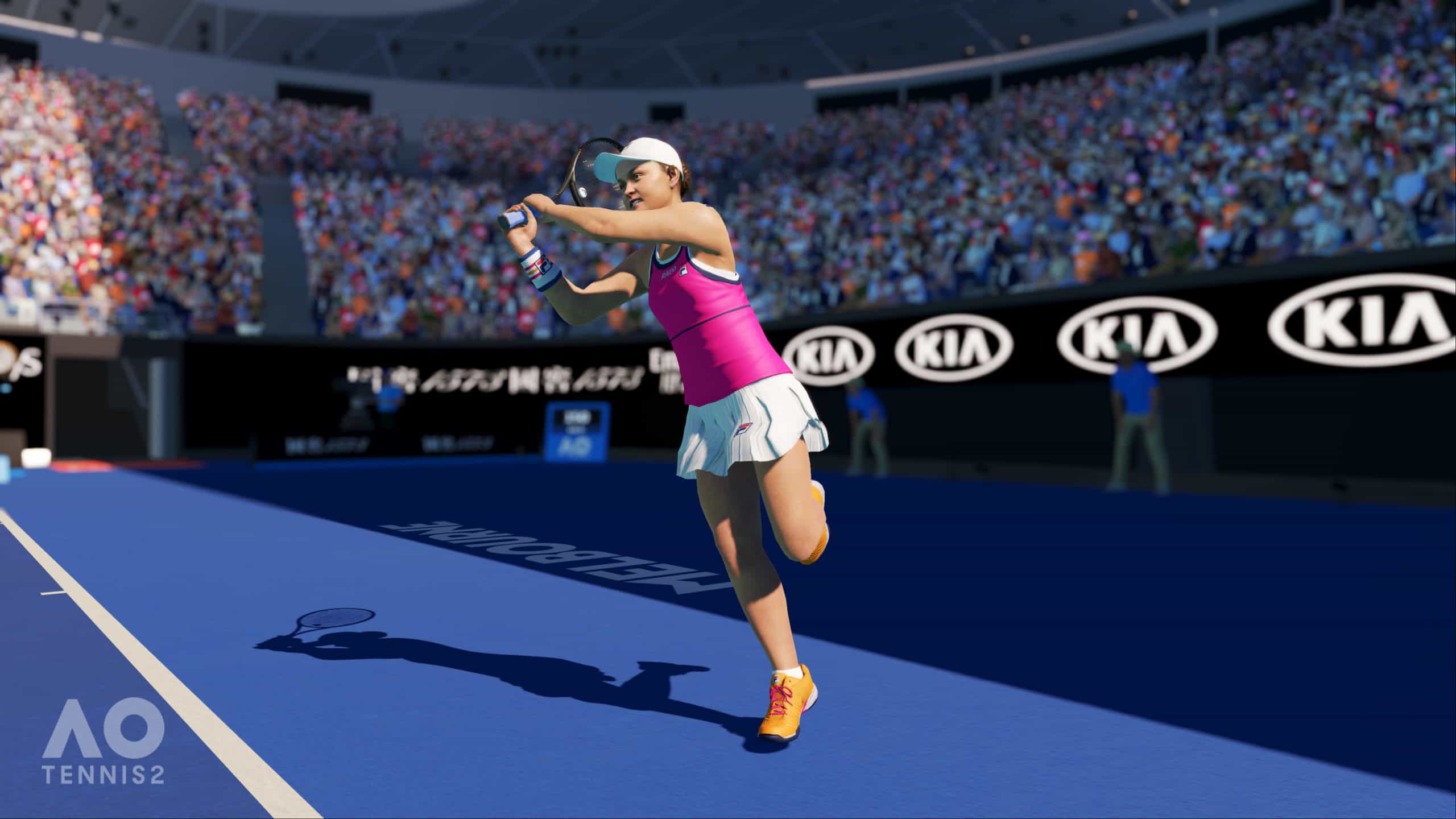 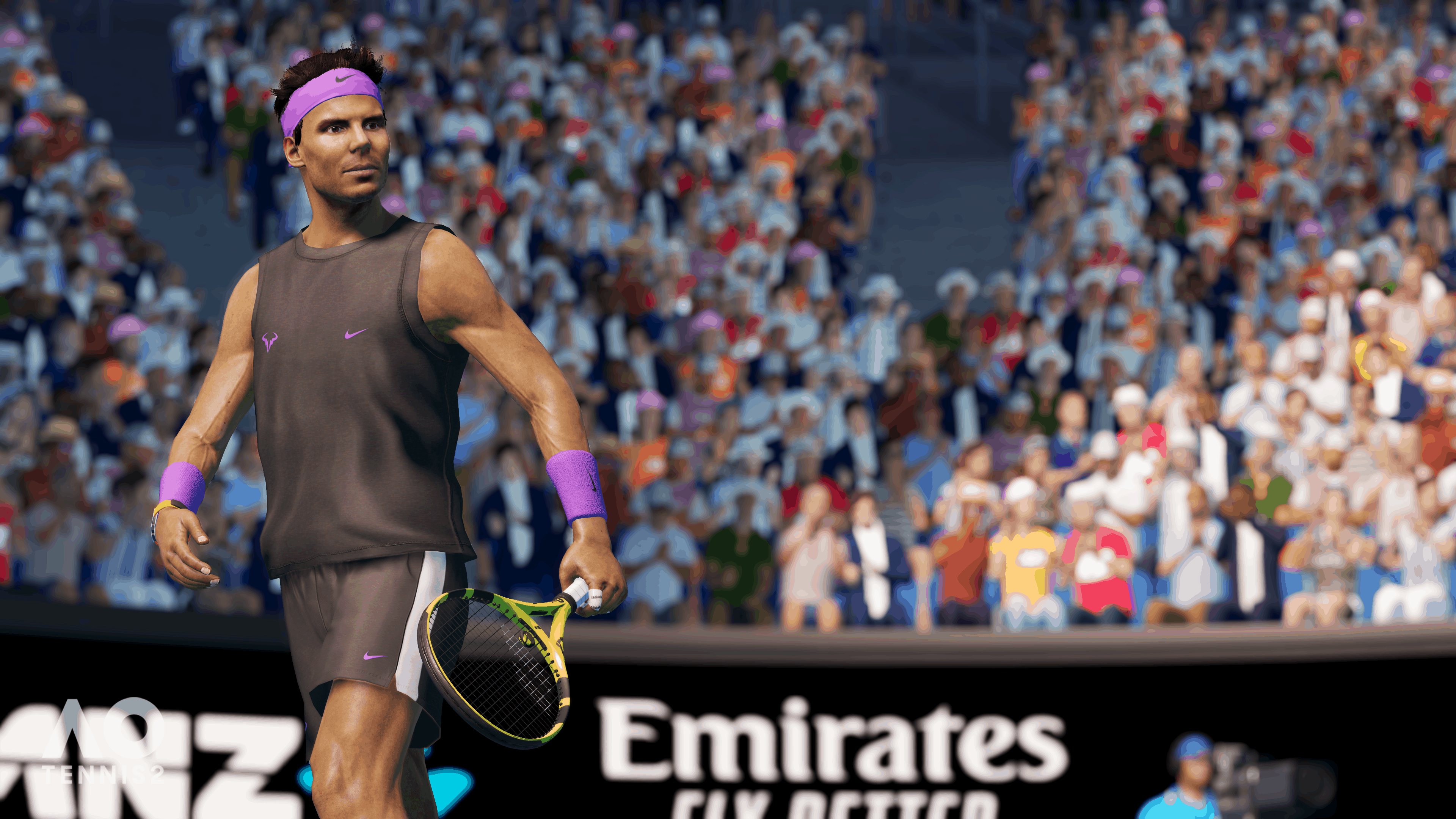 The career mode is also a solid effort this time around. Cut-scenes where your player is fielding questions from the media after a match or conversations you’re having with your manager about your progress are nice inclusions, if not a little bit low-budget. But these very basic story beats combined with simple training games to improve your stats while earning money from tournaments to increase your attributes makes for a pretty compelling and addictive gameplay loop that had me hooked.

It’s worth noting that the difficulty as a new player is actually quite tough; I went with a trickier “Pro” setting based on my time in exhibition matches and found myself getting stomped into the grass. On the flipside, adjusting down to the easiest setting so that I could get some wins on the board was completely boring and noncompetitive, with things like serving and shot placement being done almost automatically. It will take some mucking around with the settings until you get the right amount of difficulty that matches your actual skill level.

“The career mode is also a solid effort this time around, making for a much enjoyable and interesting reason to continue to play…”

There are other elements that can impact your career, such as injuries and also a simple button press after each point that allows you to react positively and negatively with an outcome. It’s a pretty basic system but the emotion-driven animations added an extra layer, which then could impact the way media talks about you or the sponsorships that you can acquire. Travel time between tournaments is also factored in with fatigue. It certainly makes for a much enjoyable and interesting reason to continue to play, with the ability to simulate results also an option for those who prefer more of a management role rather than playing out every single match in real time.

AO Tennis 2 is quite an upgrade and a marked improvement from the previous game, with more features, a surprisingly deep career mode and refined gameplay that feels dynamic and engaging from point to point, especially once you’ve gotten used to the timing and flow. There are still some issues when it comes to the overall polish of the experience and the lack of licensed content overall that hold it back from being a total ace, but with minimal competition in this genre, AO Tennis 2 is an entertaining and fun tennis game that is easily the best of this generation.