Long-time Dragon Ball Z fans will know that recapping the entire series in a single game is no easy feat. The anime show has been around since the late eighties, and, spanning across two decades during its original run, has plenty of story and grand battles for the game to cover. Yet the game does so ambitiously and with ease, incorporating classic plot twists into its gameplay and even including a few nods to the original Dragon Ball series.

The premise of Dragon Ball Z: Kakarot is simple: progressing through the game’s different chapters, you’ll have to defeat increasingly strong enemies in battle, who are keen to dominate or destroy planet Earth, until you reach the end of the story. The game’s story chapters are presented in episodic segments that roughly match the different seasons and sagas in the original Dragon Ball Z show, and each big chapter has a short intro and outro recapping the story up until that point.

Throughout the game, players have the opportunity to play as different characters during different chapters. While you start the game playing as Goku for example, you’ll mainly be playing as Gohan during a later chapter where Gohan is trained by Piccolo before a big battle. I found this structure quite enjoyable, because it allows you to really take your time during a playthrough. It also makes the game’s story beats feel much more evenly paced and more like a personalised experience, rather than just a generic linear retelling of a television show. 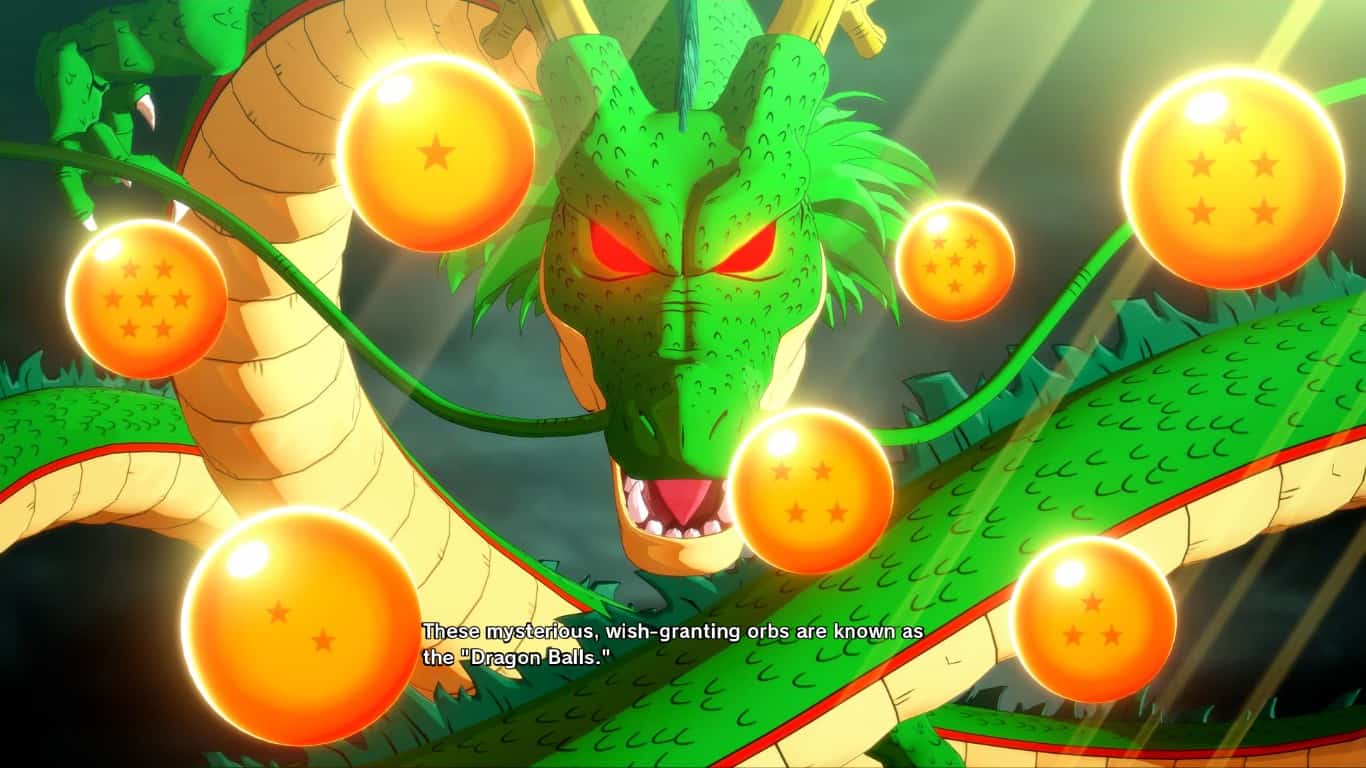 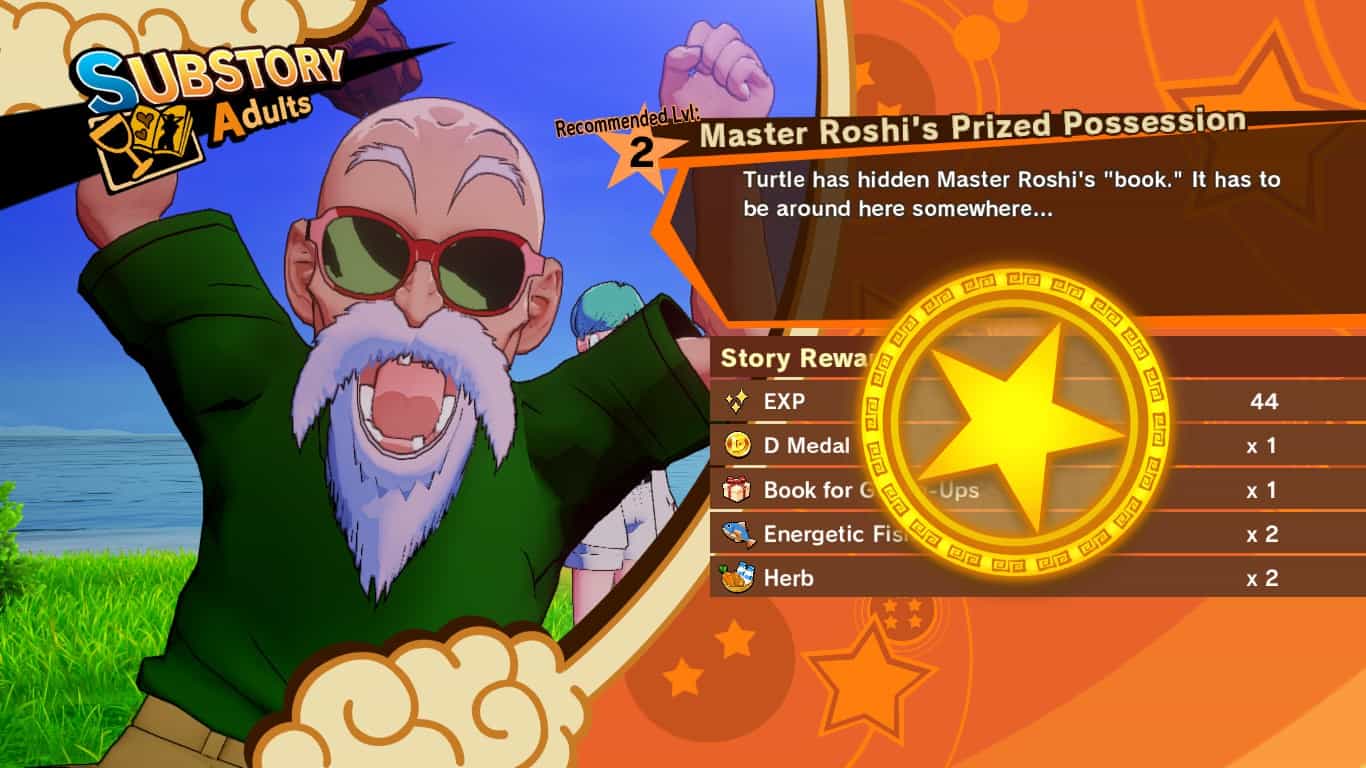 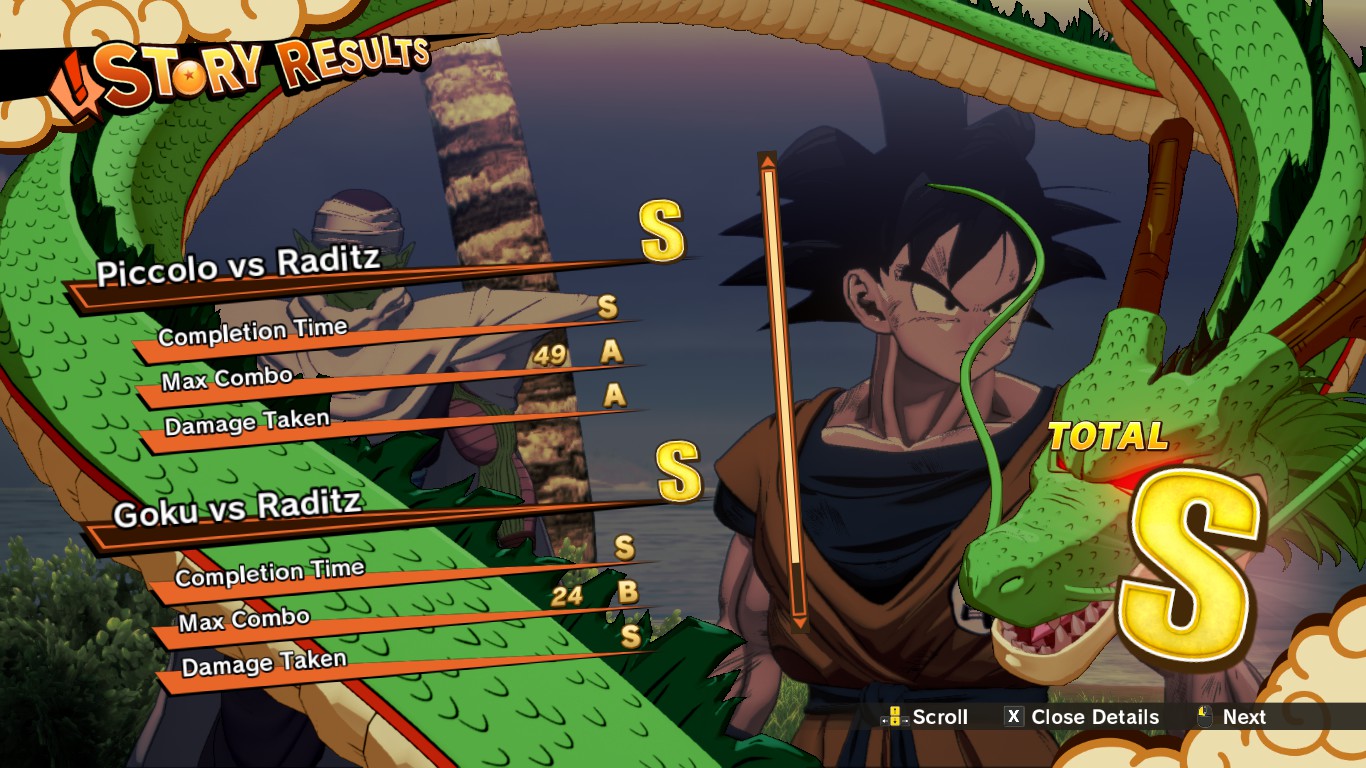 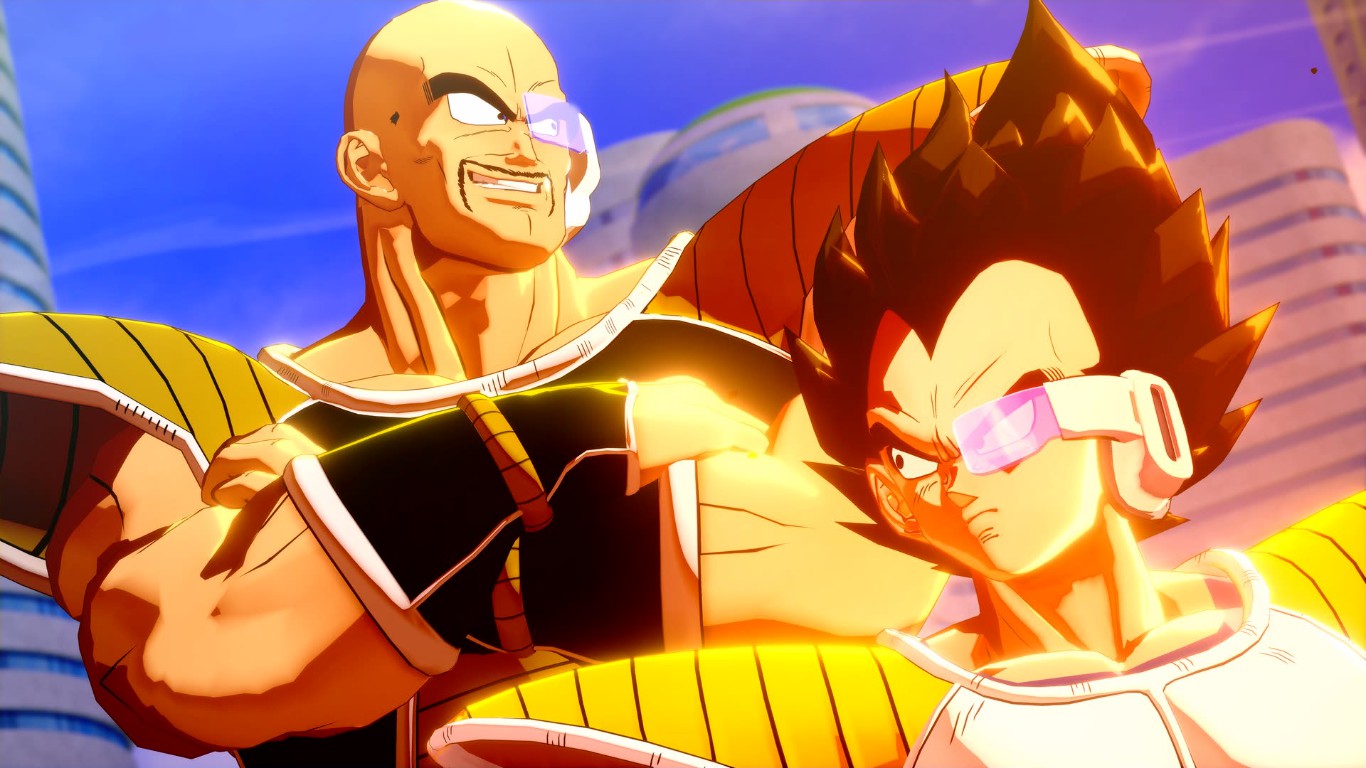 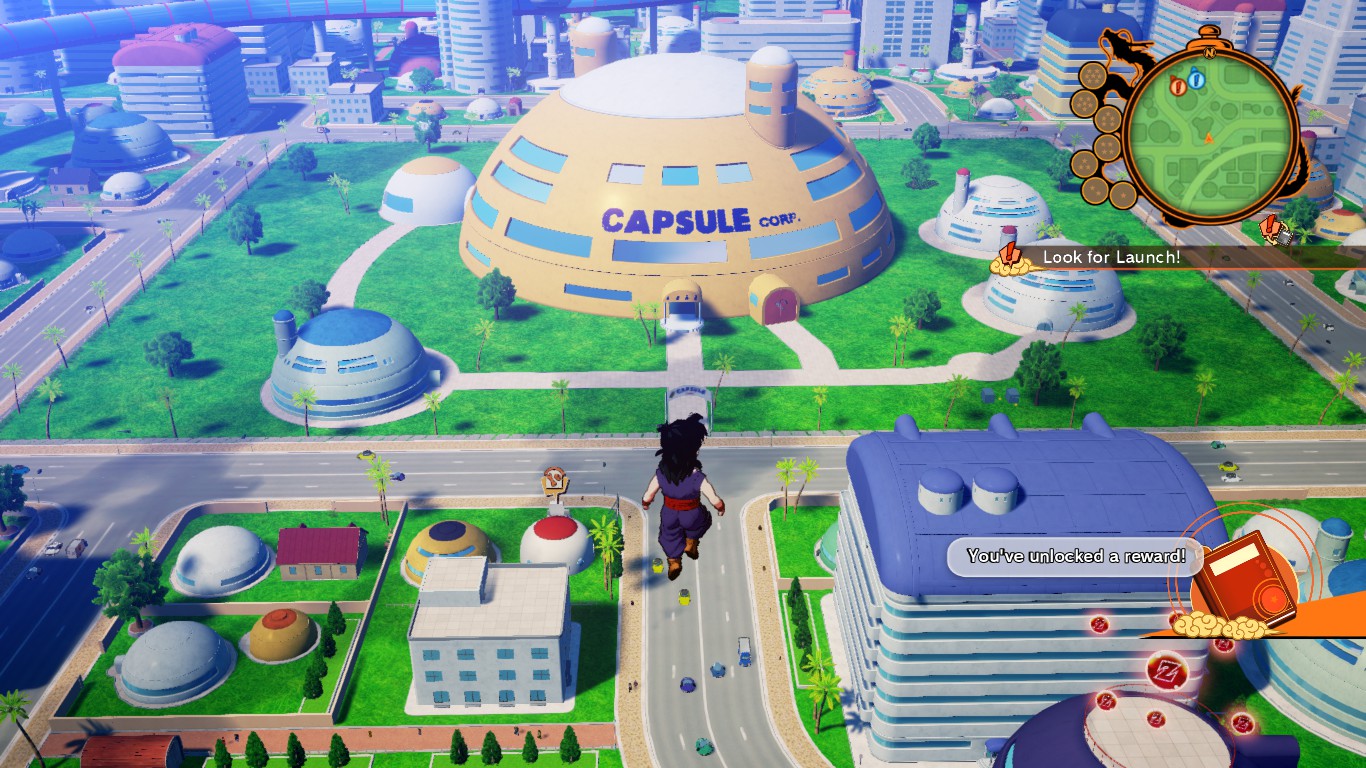 Thanks to some small but significant details, the whole experience also feels like authentic Dragon Ball Z. A lot of the characters are voiced by the same actors as the ones from the (dubbed) TV show, and a lot of the music is taken directly from the show as well. Added to this is that the characters and landscape are rendered in typical anime style. Dragon Ball Z: Kakarot makes for a very engaging and nostalgic ride on the whole, complete with epic battles and awe-inspiring enemies.

There’s a lot of battling to be done in Dragon Ball Z: Kakarot.. As you progress through each chapter, you’ll encounter every classic enemy from the series, from Frieza, to Cell, to Kid Buu. Perhaps unsurprisingly, since fighting enemies is the crux of the Dragon Ball Z story, the game’s combat mechanics are especially well developed. While there are a lot of moves to keep track of, the system is relatively accessible overall. Most key combat moves are performed by pressing one or two buttons, rather than a whole string of different button combinations.

This doesn’t mean battles are a completely mindless affair in Dragon Ball Z: Kakarot, though. In battle, you have a certain amount of ‘Ki’, which you can use to perform combos or special moves. Enemies also have their own counterattacks or armour, which means that you’ll have to pay attention to what they’re doing, rather than simply button-mashing your way through a battle.

Having the opportunity to play as different characters also nicely mixes up the game’s different battles. Each character comes with their own strengths, weaknesses, and signature combat moves, and as such demands a slightly different playing style. This dynamism keeps you on your toes and keeps things enjoyable rather than repetitive. You’ll never play as a single character long enough to become too comfortable, which keeps things challenging.

All that said, fans of Dragon Ball Z: Xenoverse will recognise a lot of the core combat system in Dragon Ball Z: Kakarot. What sets the latest Dragon Ball Z game apart from its predecessors is perhaps its story scope and its open world elements. In Dragon Ball Z: Kakarot, players get the opportunity to explore the universe itself up close and engage in activities like gathering ingredients, training, and fishing. You can ask side characters to cook dishes using your gathered ingredients, which in turn provide bonuses in battle. There are also a range of side quests available as you explore the bigger Dragon Ball Z: Kakarot world, which in turn will reward you with further items, ingredients, and ‘soul emblems.’ Soul emblems come in the form of character tokens which can be equipped on the game’s ‘community board’. Depending on how you use these tokens, you can unlock bonuses in battle, cooking, or during the story.

While I found it entertaining to go fishing every now and then while I was exploring the bigger Dragon Ball Z: Kakarot world, I found the world’s side quests and universe pretty lacklustre overall. Most side quests rarely go beyond ‘find person X’ or ‘collect ingredient X and Y’, and often provide very small bonuses for the effort it takes to complete them. While the scenery in the world is beautiful and the world’s houses and cities look like they’re plucked directly from a Dragon Ball Z episode, there isn’t much going on beneath the surface.

Even though the game gives you the option to complete side quests or to find recipes for more dishes during chapter intermissions, I often ended up skipping these activities in favour of focusing on the main story. As such, the game didn’t feel like a properly developed open world game to me, but more like a linear experience with some open world elements added at the last minute. In my view, the rewards were too small when it came to completing any other missions apart from the main story ones, and side quests often felt like they took up more time than was necessary.

The game has some shortcomings as an open world RPG. However when it comes to story, combat mechanics, and battle depictions, Dragon Ball Z: Kakarot is an enjoyable ride from start to finish. And that remains true whether you’re an old-time fan or a complete newcomer to the series.