Dreams Review – An endless universe at your fingertips

The game starts with a big bang. My television screen slowly emits hints of constellations. A warm, dulcet and British voice welcomes me. I’m moving my cursor (a fuzzy creature with a point, called an imp) to calibrate my controller’s movement and space. Each mapping point I nudge with my cursor creates explosions of colour and light. It’s clear to me even here, that with Media Molecule’s game Dreams, I’ll have a universe of gorgeous possibilities ahead of me.

If you’re a fan of Media Molecule’s previous games, the LittleBigPlanet series and Tearaway Unfolded, it’s easy to get excited about their latest foray. Much like LittleBigPlanet before it, Dreams is all about creation. Instead of a basic level editor, this game boasts the ability to manufacture anything you can possibly dream of. These wishes and ideas can be as linear or non-linear as you like. Want to create some sick beats? A kooky character? Or even an entire game campaign with detailed decision making? You can!

From imagination, to practice

You’d be forgiven if you found that to be a tall order. It is. However, the game comes with a passionate community, and great web integration and tool suite. Thanks to these, Dreams not only gets a fighting chance, but absolutely sticks the landing.

Dreams is broken down into two main features, with the creation side of things being called DreamShaping. This section allows for you to do a number of things. You can create an element (an asset such as an object, character or piece of music) or a scene to compile these elements in one place. Constructing a Dream is where you get into the large scope of things. Dreams piece together several scenes into what can be a detailed project spanning several settings.

Getting into the meat of creating in Dreams is not dissimilar to the appearance of PC modelling tools such as Maya. In front of you is a provided blank canvas and from here you can use a variety of modes and tools. You can sculpt, place and modify objects, paint to your heart’s desire and more. That’s daunting, but there’s also a very generous amount of tutorials on offer to help you get on your way. From here I was only even more inspired to gradually work through the millions of ideas that ran through my head. Like a coin in a wishing well, I can cast out one dream with the notion of it soon becoming a reality.

There is also the option to borrow and use assets other people have made to help create your scene. It’s incredibly welcoming to someone like myself who’s definitely more gifted in writing than art. Borrowing these assets is easy. Simple searches reward results and, when inserted into your dream, the original asset artist is automatically credited in your project’s tag. Look at this pool of porcelain objects I made thanks to assets from the studio. I made this for no reason other than that I could! Amazing!

I have tried out other tools such as sculpting, creating of music and character modelling, but that was less fruitful. This is more a reflection of me though. It certainly requires more meticulous care than the relatively straight forward messing around with assets. Still, crafting felt great with my DualShock 4 controller. Duplicating, stretching and expanding objects was done on the fly, some of this with the simple use of the controller’s bumpers. The Dualshock’s motion sensors helped direct my imp cursor where I wanted objects to go and what I wanted to select. You can use the PlayStation Move controllers in this too, which also works, but my preference at the end of the day came back to the DualShock.

Media Molecule at their best

It’s undeniable that Dreams’ creation tools do require patience. Not everything will click right away. Nor should it. Industry modelling and game development apps such as Maya and Unity certainly don’t. That’s okay too. Dreams instead offers an alternative that really works as being the most approachable (in cost and interface appearance) when it comes to universe creation. Patience definitely pays off with the tools on offer. Whether I was creating a cheesy and awkwardly rigged character, or planning out a level, I always felt like I was part of something bigger and important. This is what Dreams is all about.

Fear not if you’re not the creative type. DreamSurfing, the game’s other function, allows you to play, view or mess around with the community’s creations. It’s of benefit that the game has been in early access for a year prior to release. This allows for a generous library of pre-launch content. A fan creation called Southpaw Cooking allowed for me to play as a left handed chef in a wacky Surgeon Simulator-like game. I was tasked with cooking and prepping as many items as possible while my character’s other hand was taking a phone call. Art Therapy let me play as a failed artist. I got to vent his frustration by taking a baseball bat to a museum and wreaking havoc. Pure, chaotic fun.

You’ll never even scratch the surface on the range of potential fan creations you can get your hands on. It’s endless, and goes to show how Dreams could be the ‘be-all and end-all’ of gaming for some. 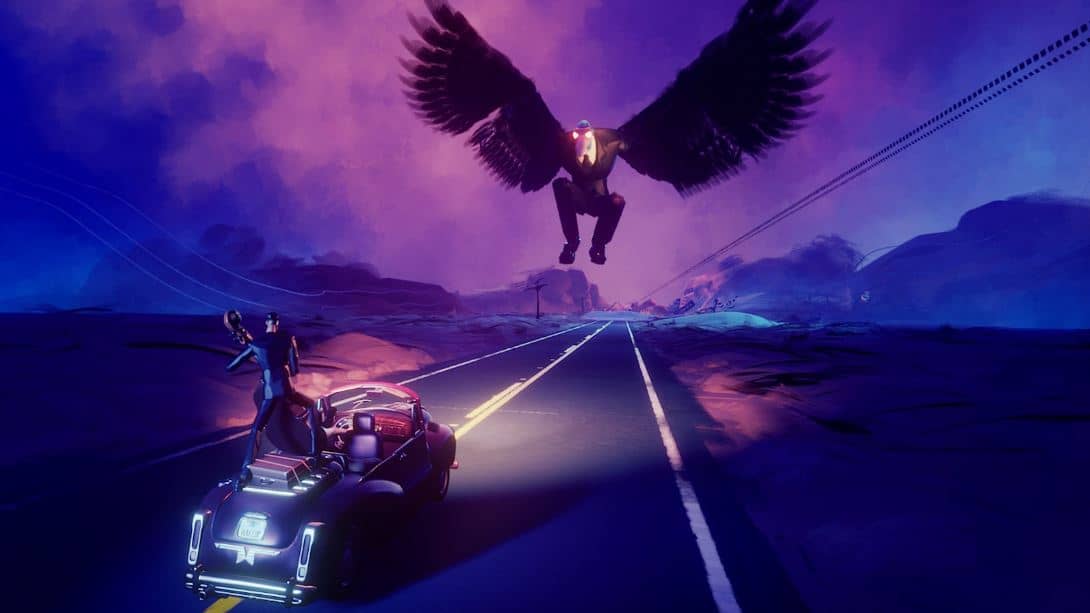 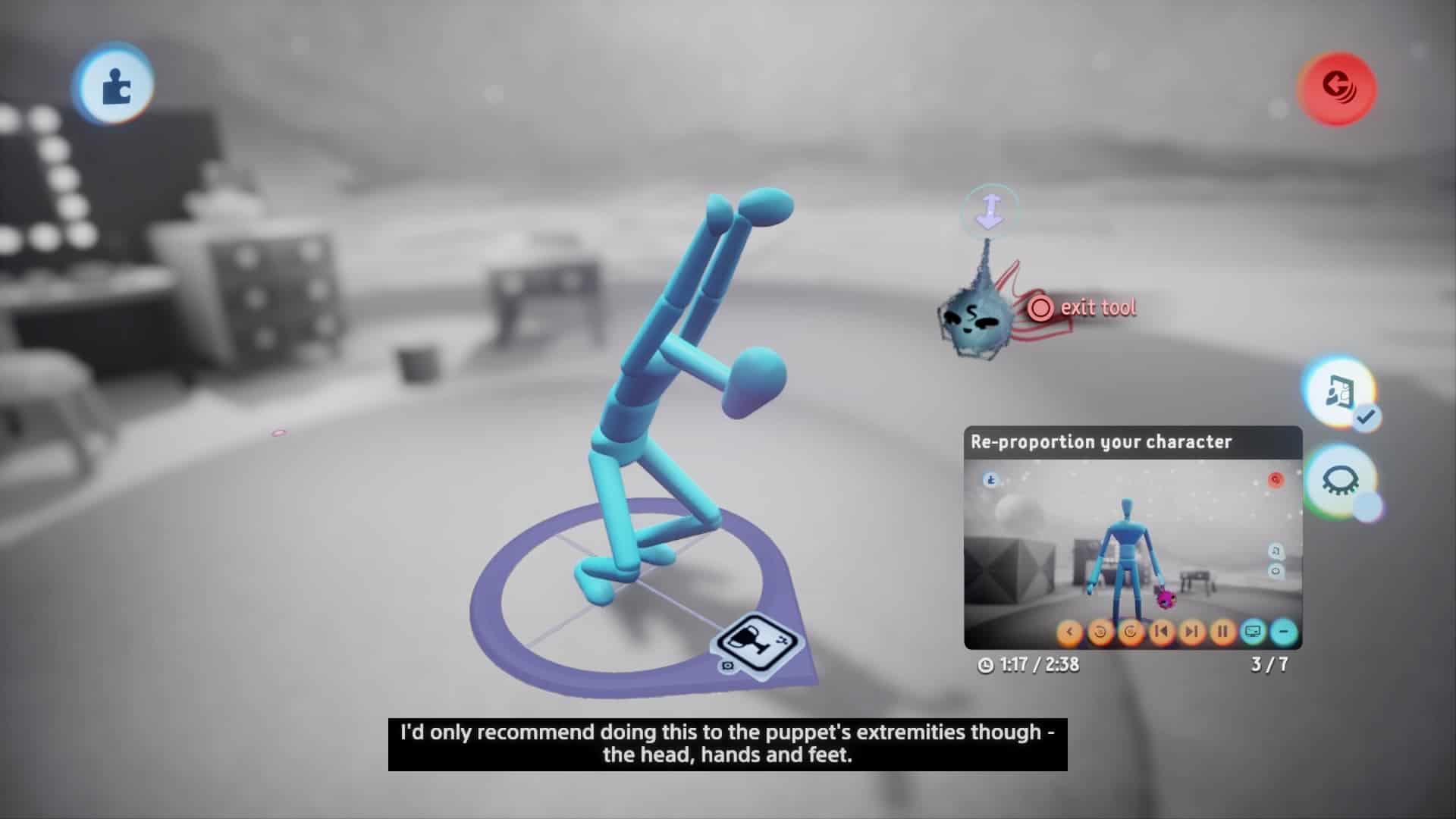 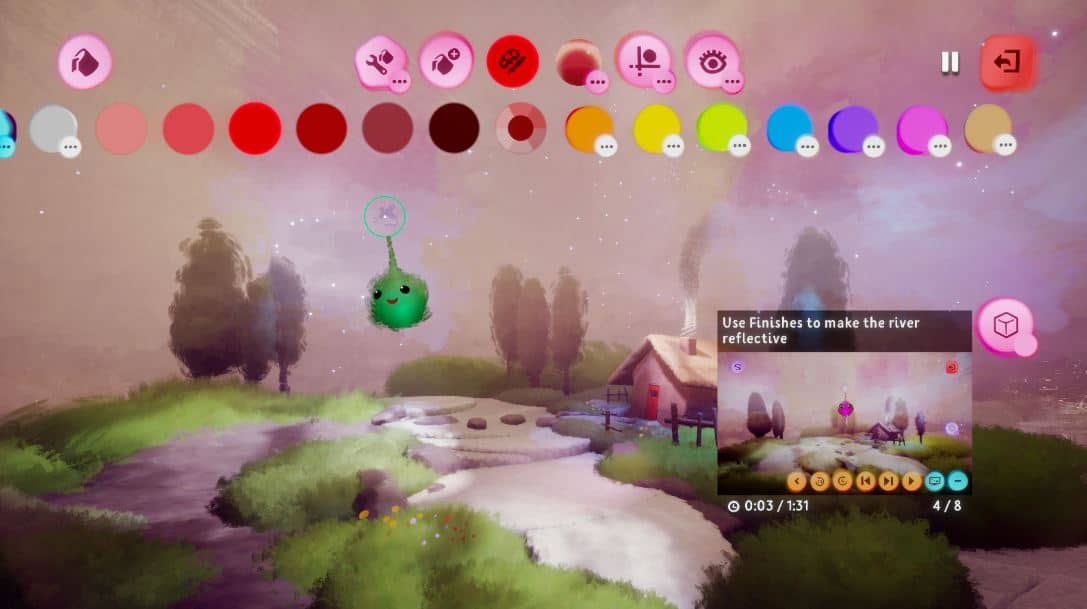 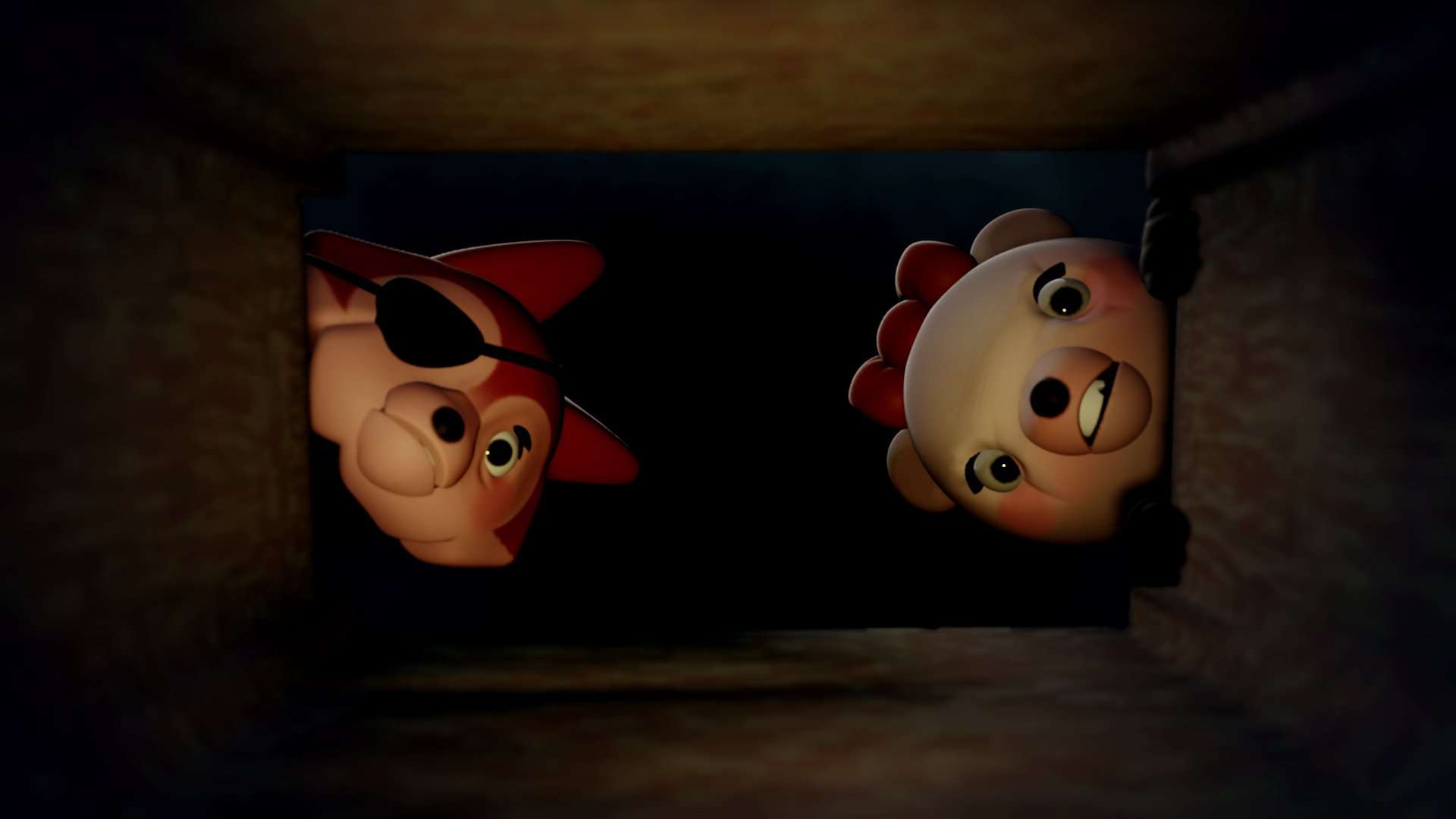 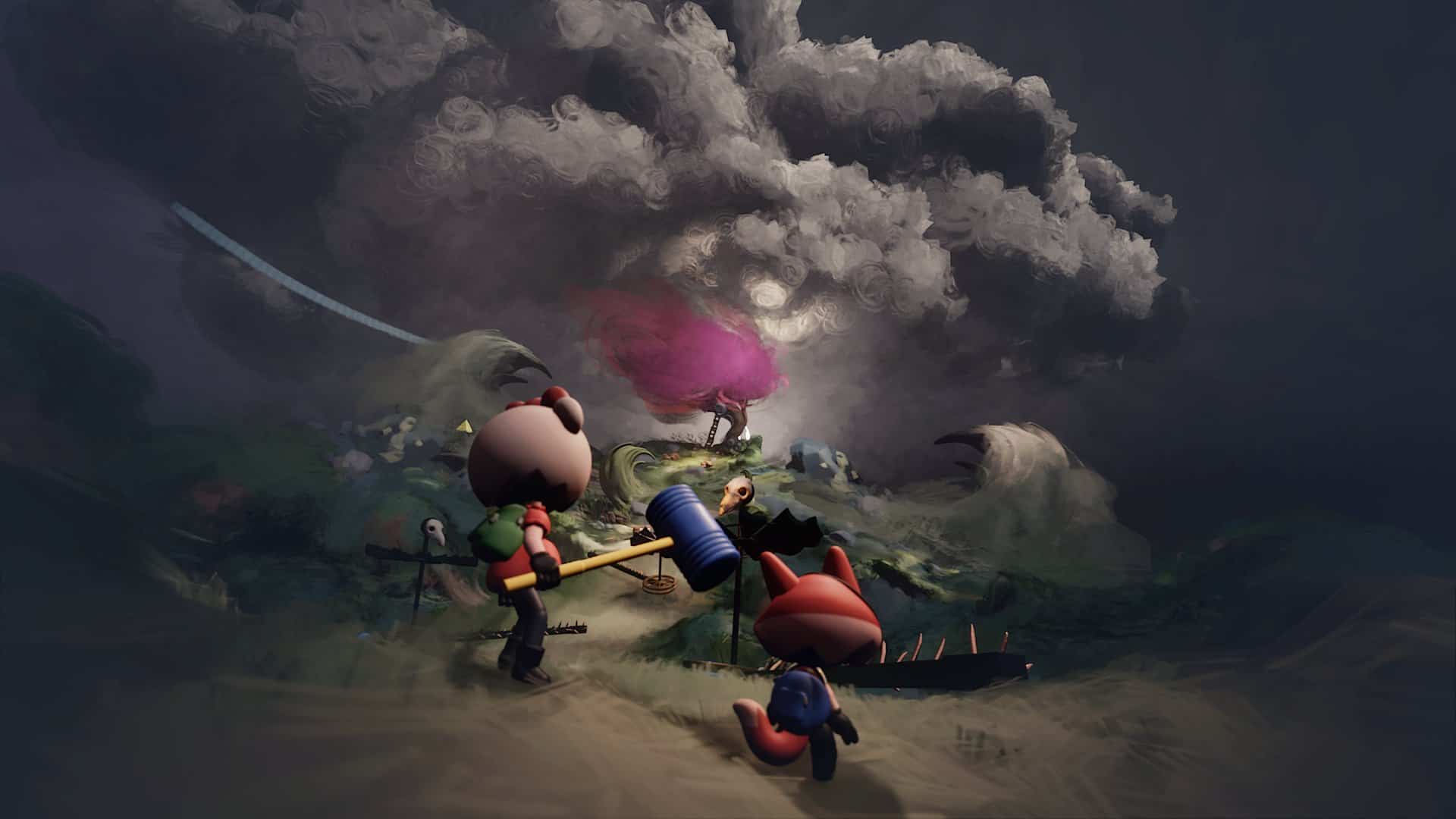 “Like a coin in a wishing well, I can cast out one dream with the notion of it soon becoming a reality.”

If you’re looking for a big, theatrical experience in Dreams, crafted from engine experts, look no further than the offered campaign. Art’s Dream follows Art, a down on his luck double bassist that’s looking to reform the jazz band he previously abandoned. It’s here that the varying and otherworldly experiences made possible in Dreams are on display. One moment you’re on a point and click adventure with Art, with your imp to guide you. Another will transport you to a fantasy world where you’re playing platformer levels as Frances and Foxy. They’re a fox and bear that were Art’s childhood toys, and they’re in pursuit of an evil crow by the name of Thornbeak. The campaign’s imagery throughout really encapsulates the surreal and gorgeous nature of Dreams expertly.

You won’t spend long with Art’s Dream, but that only let’s you savour every moment. Everything hits in the campaign. You’ll laugh and bop along when you meet the kooky train conductor and he sings to you, or you’ll be floored by the story’s interesting use of cinematography and framing. It’s a fun and creative ride and, if you’re not into the creation, Art’s Dream is worth experiencing alone for the game’s pricetag.

A celebration of community and creativity

There’s plenty of incentive to revisit Dreams on a regular basis. Not only do you see your own and other players’ dreams develop in real time, but there’s an interesting level system. Doing practically anything in Dreams, including nabbing collectibles in the campaign, nets you experience and unlocking of new official assets and skins for your imp. Web integration is absolutely impressive in Dreams too. This site lets you browse and queue up other Dreams for you to play in the future. There’s even a plugin that, when viewing a streamer on Twitch play a dream, lets you bookmark that dream for yourself to play later.

It’s due to these functions, and gradual year long growing of a fanbase, that Dreams is allowed to thrive today. It’s an absolute miracle that the game is able to exist and be integrated in the way it does. How many other games can you say have been able to pull off a community so well that they have their own dedicated awards ceremony? Man, have Media Molecule come far. And boy am I proud.

The most special and exciting aspect of Dreams is the promise it brings. The game may now be fully released, yet it can still go so far. Dreams features no requirement for coding your creation. With this, the tool does away with the messy (albeit still important at times) technical task of coding, and lets you see and create in real time. With rumours of the game/tool hybrid one day coming to PC, I can foresee Dreams standing strong among the other big game development tools. I can even see it in classrooms, teaching future generations of kids how to make their very own game. Nothing like this has happened before, and as such the potential will remain endless.

Shuhei Yoshida of Sony has stated that Dreams is a 10 year project that’ll see support throughout. So often we’ve seen this exact promise fall short for other similar games as a service. But if any has a chance of fulfilling such game longevity, it’s Dreams. Some games decrease in quality with addition, updates to Dreams however will only strengthen the experience. More will always be better in this case.

After a long journey, Media Molecule has finally made it. Dreams is out with its full launch, with what’s assumed to be much support to follow. I’m now completely enamoured with the game and can’t wait to see what it looks like in a year, two, or hell, hopefully even ten.