The Suicide of Rachel Foster Review – A haunting history

Inspired by the likes of What Remains of Edith Finch and Gone Home, The Suicide of Rachel Foster tells a haunting story of two families torn apart by secrecy and scandal. It’s a Walking Simulator set in an isolated and dilapidated hotel where protagonist Nicole has to explore her past and face the reality of her family’s infamous history.

Whilst the game’s closest inspiration certainly appears to be Gone Home, The Suicide of Rachel Foster will also have you communicating with a lone FEMA agent (Federal Emergency Management Agency) who guides you through the hotel and acts as your only point of contact with humanity. In this regards, the game also draws similarities to Firewatch. There’s no doubt The Suicide of Rachel Foster is easily compared to some of the best games of the Walking Sim genre. Unfortunately it also doesn’t reach the same heights of any of the aforementioned titles.

If you can’t tell by the name alone, The Suicide of Rachel Foster deals with very mature themes. So much so that you’ll be met with a trigger warning after loading up the game, encouraging you to seek supervision and support if you think you’ll be negatively impacted by any of the game’s themes. Similarly, I’ll give a content warning for this review, because it’s hard to talk about a narrative driven game without discussing the game’s narrative.

Playing as Nicole, you’re sent to inspect your family’s hotel after you inherit the abandoned building. Whilst Nicole wants to complete the inspection process as quickly as possible, a snowstorm traps her inside and forces her to acknowledge the memories she is trying to suppress. Nicole grew up in this hotel, her childhood room still remains intact. Although the history of her family’s scandal is hard to avoid. That’s because when Nicole was younger, her father cheated on her mother with an underage girl. The two families involved were quite prolific in the area she grew up, and the shame of the transgression resulted in the suicide of the teenage victim. Hence the game’s name.

Rachel’s suicide and the ongoing investigation into the scandal is something Nicole is eager to leave behind her. But as she uncovers more information it starts to become clear that there’s more to this story than initially thought.

“It does fall into storytelling tropes that make certain twists and turns somewhat underwhelming.”

Narratively, The Suicide of Rachel Foster is fairly successful. It’s a mature game with mature themes and enough mystery to sustain player interest through to completion. It does fall into storytelling tropes that make certain twists and turns somewhat underwhelming. It also has some pacing issues that upset the flow of the narrative. Although overall I remained intrigued by the game and eager to see where this story would lead.

One major point of contention I have with The Suicide of Rachel Foster is that main character Nicole just seems so unlikable. Very early in the game you’ll be contacted by Irving, a FEMA agent warning you of the brewing snowstorm and trying to keep you safe. In their opening interaction, Rachel is so dismissive, sarcastic and disrespectful. She ignores his expertise, acting on impulse and vocally angry that he would suggest she remain in the hotel until the storm blows over. She proudly declares that she has never listened to a man trying to tell her what to do before, and she doesn’t intend to start now. I’m all for female empowerment, but when you’re telling a member of the Federal Emergency Management Agency that you don’t want their advice to keep you alive, then you are just bad at feminism.

In the game’s defence, I think Nicole’s jarring reaction was deliberate. I think the intention was to paint Nicole as a damaged character who is so haunted by her past that she’d be willing to make terrible judgement calls just to avoid facing the grim reality. But intentions aside, I didn’t feel sorry for Nicole in this moment. I felt exhausted. And she didn’t really grow on me all too much through the rest of the game either. 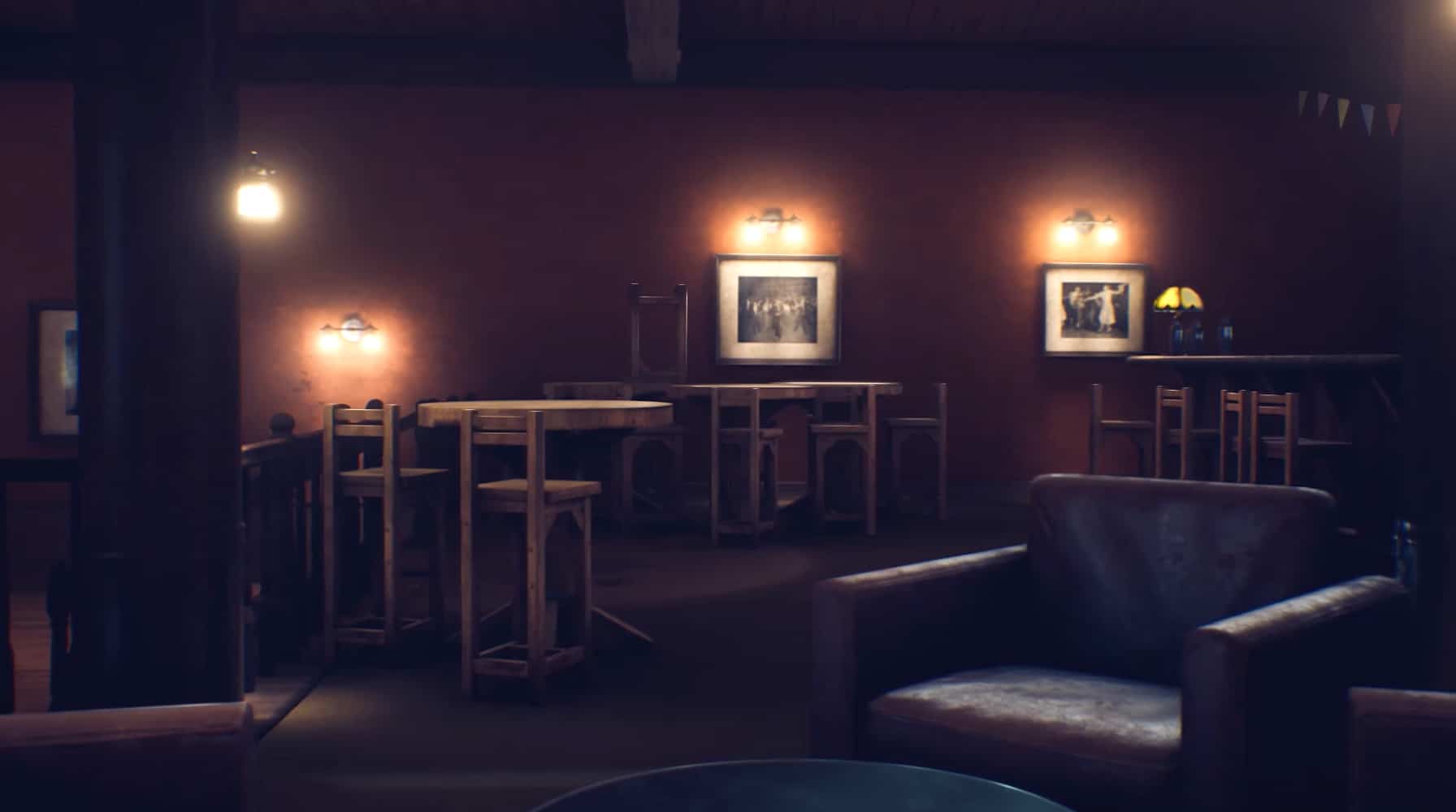 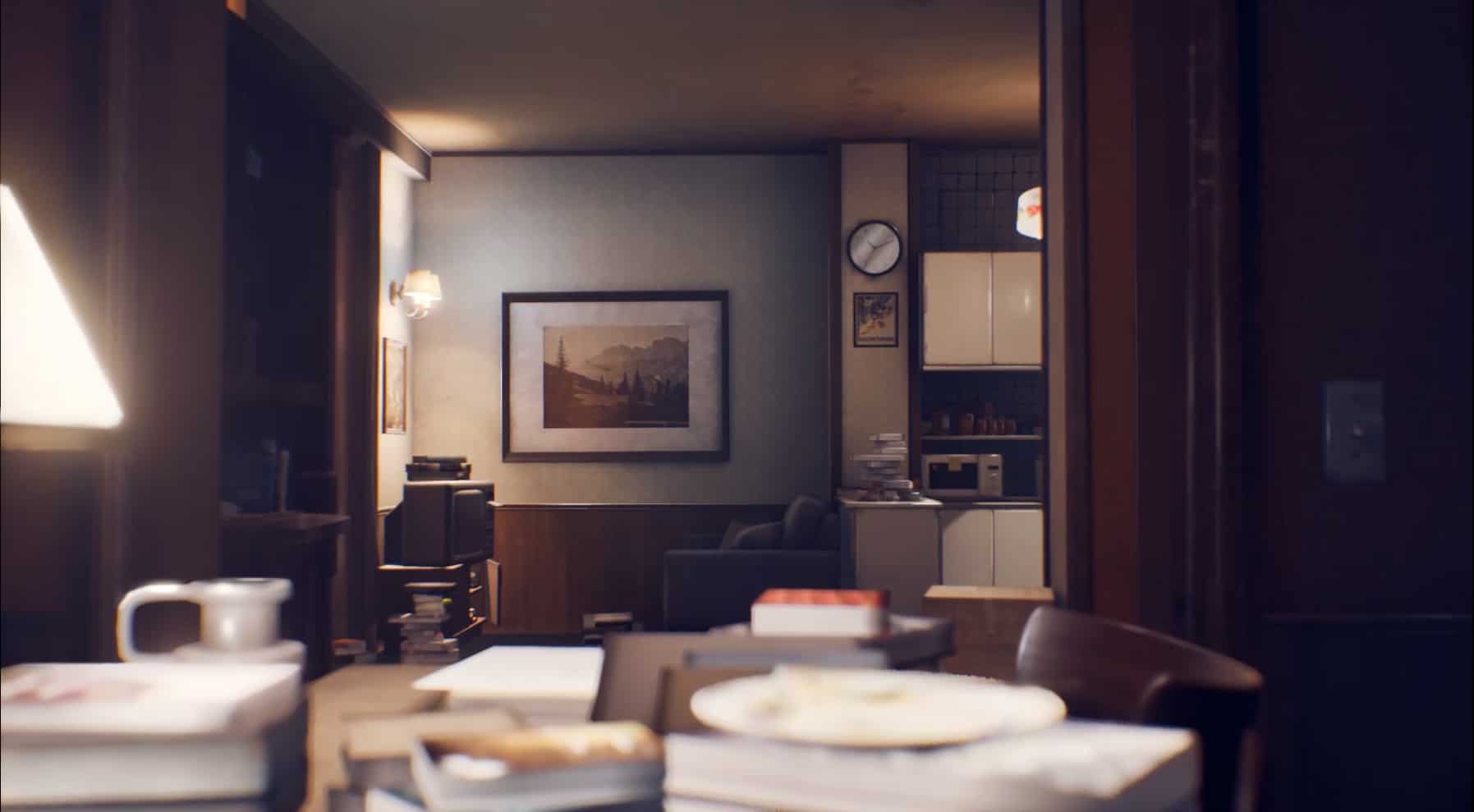 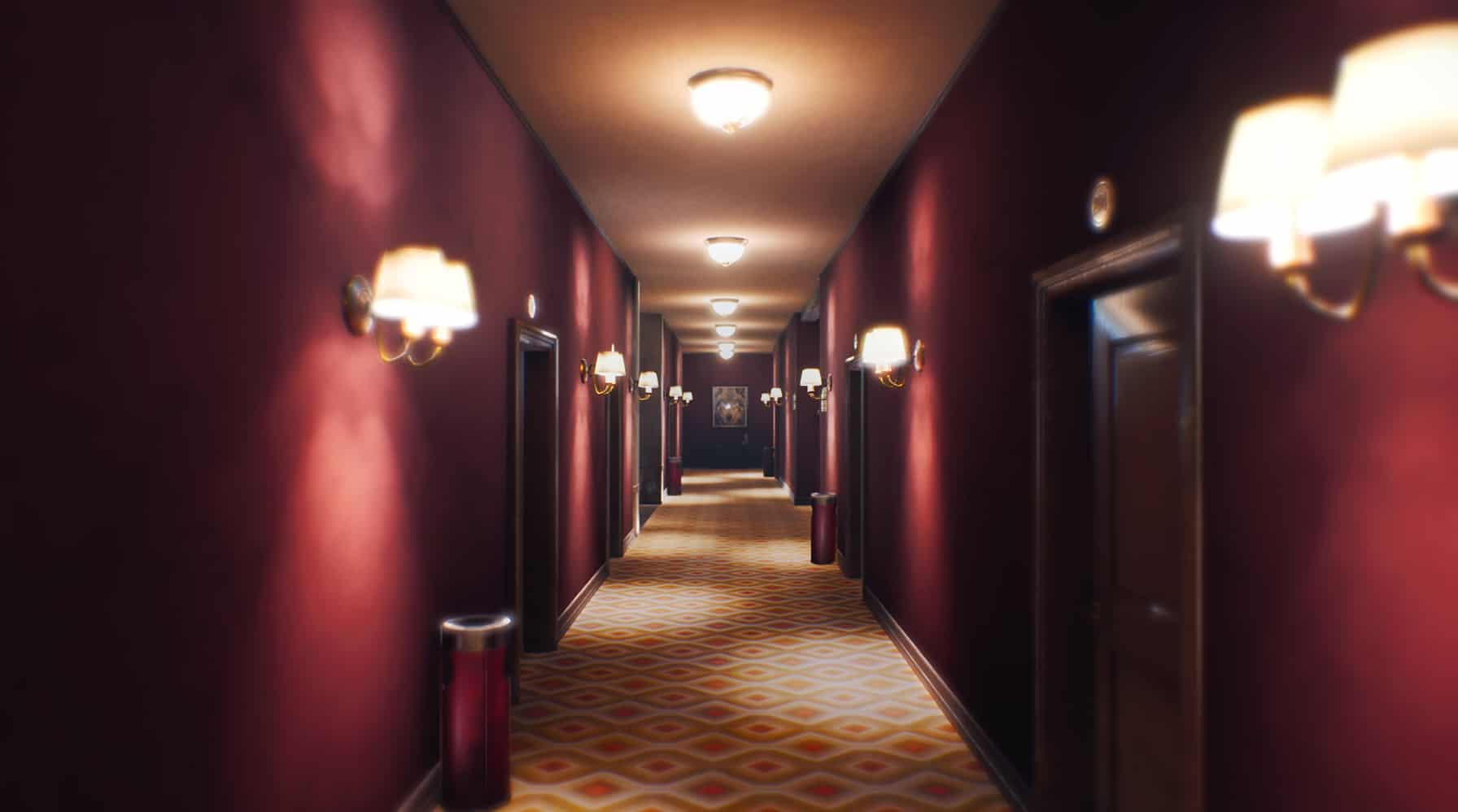 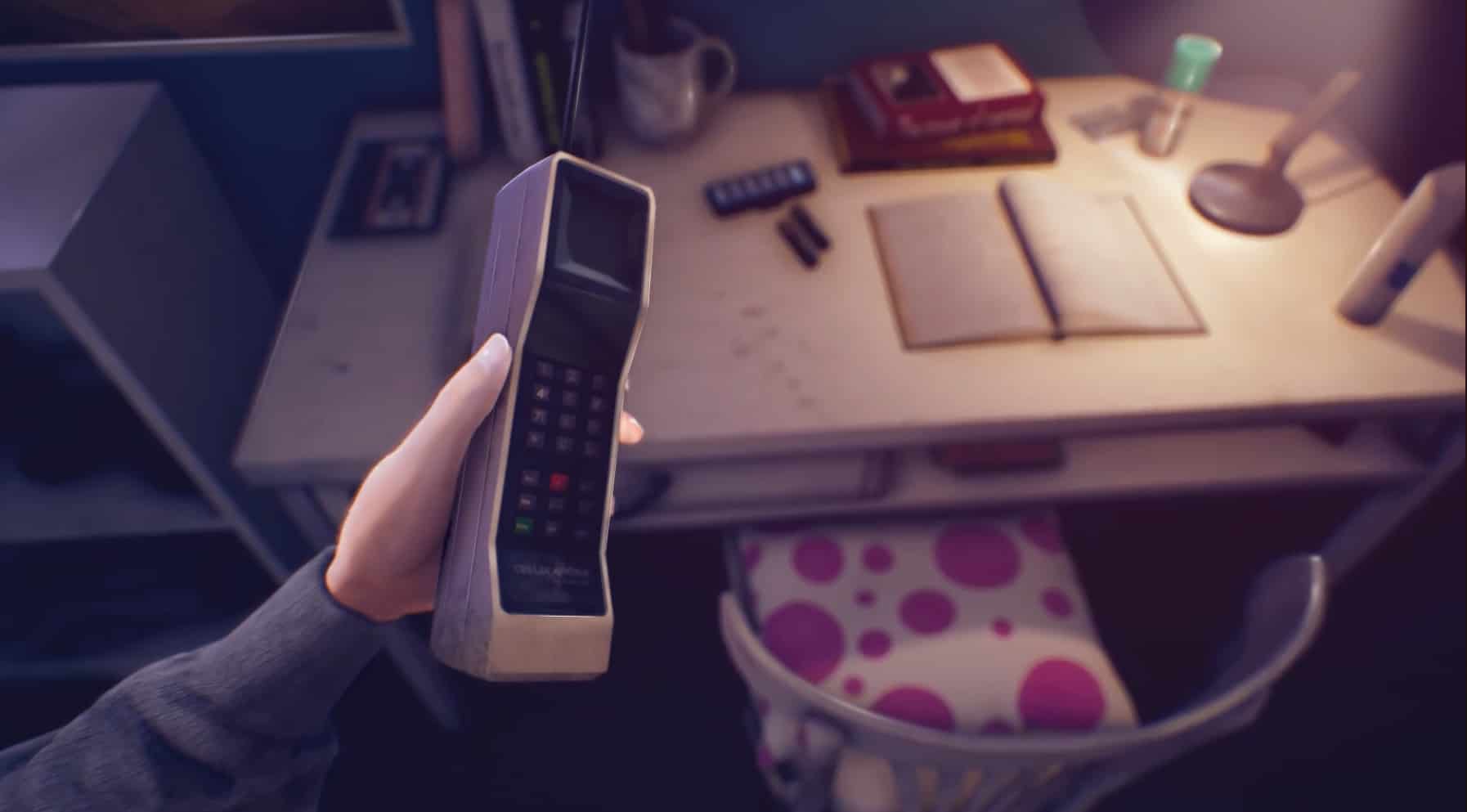 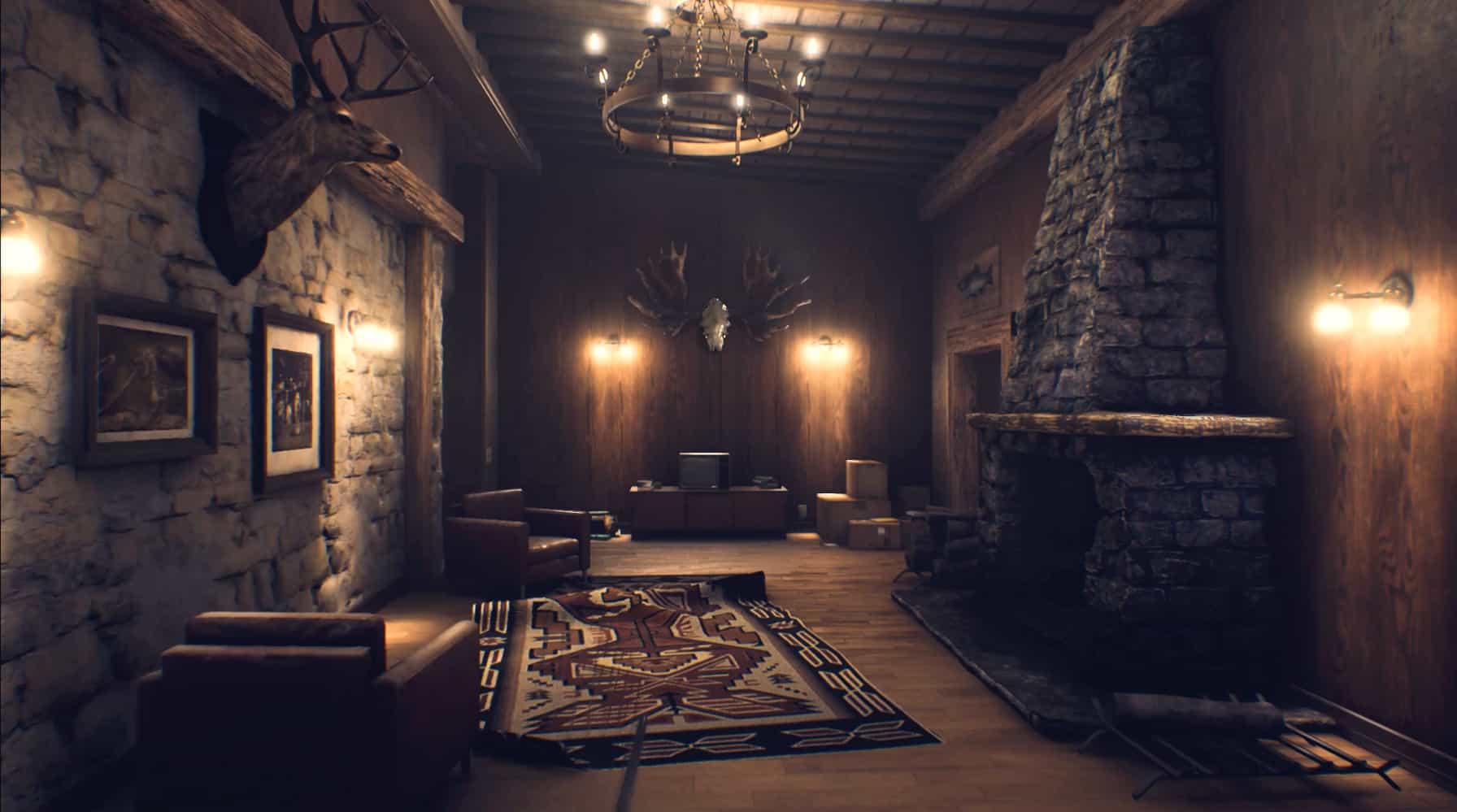 The hotel you explore within the game is fairly sizeable, as you’d expect. It’s a narrative told over the course of various days as you inspect the hotel, learn more about the past, and chat with your FEMA friend Irving on a frequent basis. As the days progress, you’ll be lead around the hotel, exploring new areas and uncovering more information. It’s here where we find a fairly large flaw in The Suicide of Rachel Foster’s design. That’s because many areas of the hotel are accessible long before you’re ever required to go there. As a gamer I’m trained to explore and search off the beaten path. But in doing so I wasn’t rewarded, I was punished. Areas of the game were clearly intended to be visited during certain narrative moments only. And in going there early, not only did I find absolutely nothing to interact with or do, I spoiled some moments that would have been more impactful had I not explored.

Games like Gone Home do a masterful job of leading you through its hallways and rooms methodically and intelligently. The Suicide of Rachel Foster instead plops you in the midst and hopes you don’t wander too far. Perhaps the developers thought a more open approach would add to the realism and enjoyment. But in a game that hinges so firmly on its narrative, linearity would have gone a long way.

The open-ended approach to The Suicide of Rachel Foster made the game feel imprecise. Other games would time your walk down a hallway with the time it takes for characters to complete their scripted dialogue sequence. But in The Suicide of Rachel Foster, I found myself standing around a lot, waiting for dialogue to end so that I could progress. At one point I interacted with something I wasn’t suppose to yet during a dialogue sequence, an action that glitched out the game and made me have to restart that day right from the beginning.

It’s also worth mentioning that the game delves somewhat into the realm of the supernatural. In doing so it encroaches onto horror territory. As a big horror fan, I was excited. Some paranormal activity and ghost hunting came at the perfect moment as the game builds into its sinister climax.

Binaural audio was utilised too, meaning surround sound or headphones are the best way to get spooked during the game’s most atmospheric moments. Whilst successfully creating some moments of horror, I couldn’t help but feel that The Suicide of Rachel Foster cheated a little bit. The binaural audio meant that the game could trigger certain sounds in one ear only, a trick that was successfully alarming, but not exactly well earned.

After exploring the hotel, investigating your past, chatting with Irving, and getting spooked by the possibility of ghosts, the game ends with its final reveal. The Suicide of Rachel Foster did a good job of building to a climax and keeping players in the dark until the very end. Certain moments of the game were quite impactful and the shroud of mystery that was so intriguing held firmly until the end credits. However I can’t help but feel like some tired tropes were used to reach this point. Twists could be fairly predictable and the game used its characters to ‘tell, not show’ the narrative.

The Suicide of Rachel Foster has all the components of a great game. It has mature themes and storytelling, an idea for a mysterious and captivating narrative, and the ability to replicate a style of game that’s been embraced by gamers for the last decade. Unfortunately the game also stumbles across a few hurdles that it was never able to recover from. It might not be the next big hit in the Walking Sim genre, although for those who want to experience a haunting new narrative in this style, there’s certainly worse games that could occupy your time.