A little over a year after the release of Devil May Cry 5, Capcom has come through with Devil May Cry 5 Special Edition, an updated version of the already great game that does an amazing job showcasing the power of next gen consoles, Xbox Series X|S and PS5. Along with increases to general technical performance and much quicker loading times, the Special Edition sees the return of a few gameplay modes, new performance options, and the return of fan-favorite, Vergil; the edgiest man I have ever seen.

Because it hasn’t been very long since the release of Devil May Cry 5 on the previous console generation, there isn’t much new to add about the base game as a whole. It has had little time to age, and so still looks beautiful even without the fancy next gen graphical upgrades. The hack and slash gameplay is still incredibly satisfying and god the soundtrack is phenomenal.

The new graphical upgrades include the ability to target a full 2160p at 60fps; ray-traced reflections, lighting and shadowing is also an option, but this comes at the cost of forcing to either dropping to 30fps, or a resolution of 1080p60. The other option is aiming for ultra high frame rates, with screens and TVs that have a 120fps mode. Luckily, my TV does have this function, and god is it smooth. The only disappointment with the graphical options, is that while the ray-tracing is very impressive when it’s noticeable, this often isn’t the case. Pretty well every window in the game is smashed, meaning you’re really only going to be seeing reflections in puddles when they are around. Not a fault of the game at all, just something to keep in mind when picking your graphical settings.

Apart from Vergil, there are a couple of other cool things added in the Special Edition, including two new difficulty modes (which is amazing considering the game already had six). These two new difficulties are Turbo Mode (a staple from previous Special Edition releases) which makes the gameplay 20% faster than before. Legendary Dark Knight difficulty, however, is what will really test the power of your console. It throws almost double the normal amount of enemies at you. There’s something almost funny about stepping into an arena with about 20 demons looking at you expectantly, like you’ve walked in late to a meeting or something. It changes the way you play the game exponentially, figuring out how to deal with such large crowds at once. When you have either of these two modes enabled, the game automatically turns off ray tracing, probably because they don’t want your PS5 to explode. So far though, even with all the enemies on screen, I haven’t had any serious frame drops. 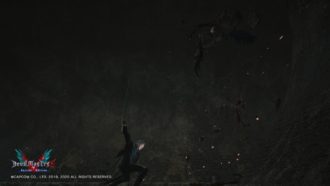 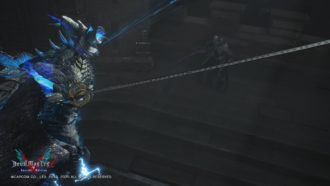 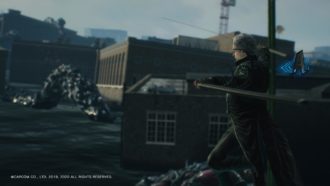 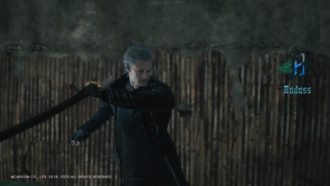 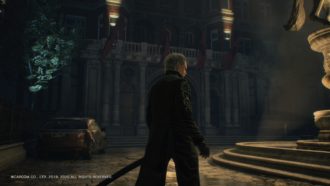 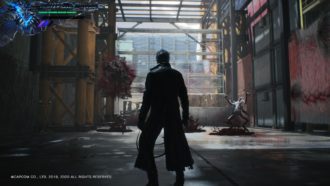 Now, it’s time to finally talk about Vergil. The winner of Worst Dad Award 2019. He also had his own campaign in Devil May Cry 4 when that was released, and anyone who played that will find that this new one is cut from the same cloth. Where I was hoping for a side story, or maybe an alternate universe, basically anything where I could see Vergil forced to interact with his son, I quickly learned that it’s little more than a frolic back through the original game, the only difference being the character you play as. I have a few complaints about this, namely, any cutscenes that would originally play have been removed, and not replaced. It seems strange that they didn’t put in the effort to at least let Vergil say ‘tch’ to a boss before murdering them most spectacularly. I know that he’s not as chatty as Dante or Nero, but the lack of dialog from him makes the whole thing feel like an afterthought.

“It’s impossible to not feel like you’re kicking ass. Even if you’re still learning, and that’s the beauty of Devil May Cry 5 as a whole.”

What does not feel like an afterthought is Vergil’s move set. You are not expected to play as him right out of the gate, he is meant to be picked up after beating the standard campaign at least once, because he is not easy to master. His parries and dodges require very precise timing and you can’t even double jump anymore. Plus, the power of his attacks are dependent on a concentration gauge which increases as you stand still or walk slowly but drops the more you’re damaged. It forces you to be more calculated, to take your time more. To actually think about what you are doing, and with the large array of combos and weapons at your disposal this would be very intimidating for new players. My playthrough as Vergil was my fourth DMCV playthrough, and I still found myself losing to bosses that I thought I had mastered.

While he takes a minute to learn, a lot of Vergil feels like a mash of both Nero and Dante (quite appropriately) and so anyone who has played the base game will be able to work out the basics pretty quickly. When you have figured it out though, he feels amazing. Blocking and dodging attacks, chucking in a taunt in between for good measure. The thing that takes the combat from a 10 to a 10,000 is, as it was with Nero’s campaign, the amazing battle theme. It is a little Evanescence-esque, but you would be a fool to claim that doesn’t fit Vergil to a T. With the guitar and the vocals in the background, it’s impossible to not feel like you’re kicking ass, even if you’re still learning. That’s the beauty of Devil May Cry 5 as a whole.

Overall, if you haven’t already played Devil May Cry 5, I cannot recommend picking this game up enough. The already gorgeous visuals and character models are only heightened on next gen consoles, the gameplay is still fresh and while it is easy to learn, mastering it is another thing altogether. Unfortunately, I can’t suggest buying the Special Edition if you already own and have played the original. With Vergil being available as DLC for the PS4 and Xbox One versions very soon, you might as well just play your original copy and save yourself the money. You will lose out on a few of the newer features, but overall nothing major.

Either way, you can bet that I will be going back in for my fifth playthrough very soon.