XIII is a game that was first released back in 2003, being notable for its inclusion of cel-shaded graphics and voice work from the likes of David Duchovny (X-Files) and the late Adam West (Batman, Family Guy), but as is fairly common these days, a remake was never too far off. Does this new remake provide enough reason to dive back into the conspiracy, or are you better off pretending like you have amnesia and avoiding it entirely?

When first released, XIII received generally favourable reviews and has gone on to become a cult classic. The comic-inspired cutscenes combined with onomatopoeia, and the conspiracy ridden story proved to be an engaging experience, despite a few minor flaws. So the remake should be pretty smooth sailing for fans of the title… right?

Well, this remake of the 2003 cult classic is sadly an example of how not to remake a videogame, in almost every way possible. Comparing this to the recent and fantastic remake of Mafia is like night and day. XIII remake removes almost all aspects of the charm that the original had, even down to changing the iconic and unique (for the time) cel-shaded graphics of the original (which still hold up relatively well today) to a generic style reminiscent of Fortnite. Take that as you will.

The story is beat for beat the same, as is the voice overwork, and for what it is, it’s a fairly intriguing and campy little journey down a rabbit hole of conspiracies, and the voicework by David Duchovny just adds to that campy charm. Likewise, most of the core elements remain the same from the enemy and item placements, and the weapons you can wield. This is more or less a 2003 game running on an updated engine with laughable optimisation.

You play as XIII, a man who has washed up on a beach with no memory of how he got there apart from snippets of being on a boat and getting shot before going overboard. Shortly thereafter he is found by a lifeguard and realises he knows nothing of himself apart from having the roman numerals XIII tattooed on his chest, and being in possession of a key for a lockbox within a bank. What transpires is a quest to find out who you really are and to learn more about a group of conspirators attempting to overthrow the US government.

The meat of the game is the gunplay and stealth, which if I had to sum up in one word – is dull. You have a standard arsenal of weapons at your disposal, from AK-47’s to pistols and shotguns, but the weapons all lack any form of punch, aiming just doesn’t feel right, feeling floaty and disconnected. There is no engagement when firing a weapon either, and the feedback you get from hitting an enemy is dulled even more by the lack of impact when hitting your target. Far too often shooting an enemy almost just seemed like a reminder for them that they had to pretend to die, with the animation kicking in suddenly of them realising that this is where they are now supposed to fall over and play dead.

Watching an enemy get shot in the head then fall to the floor in sub-30 FPS was a constant issue and one that really tarnishes the overall experience. This is not the end of the visual issues either as I constantly encountered moments of framerate drops in scenes that really didn’t justify it, along with near-constant screen tearing.

The stealth mechanics don’t fare much better either, as it mostly boils down to whacking enemies with chairs you can pick up in the environment, which itself is quite broken. I often just found myself picking up a chair and charging towards an enemy to give them a very unsatisfying wallop with the chair, then proceeding to watch them slump over comically, which I don’t think is meant to be intentional.

“Watching an enemy get shot in the head then fall to the floor in sub-30 FPS was a constant issue and one that really tarnishes the overall experience...“

The sound design in the game further adds to the frustration, with the voicework never really syncing with animations on characters, and the sound effects often refusing to play at random moments or just feeling disconnected from the action on the screen. For example, the pistol in the game you pick up is unsilenced, so it should pop off with a satisfying bang, but when fired it sounds more akin to someone politely trying to conceal their cough. The soundtrack, however, is quite good, providing a nice backdrop to the action on the screen. But that alone does not make up for the many shortfalls this title provides.

As the fundamentals of the game suffer from the aforementioned screen tearing and FPS drops being quite common, it really impacts the overall enjoyment one can experience. At first, I thought it was my console or monitor playing up, as I have never encountered a title with this many issues. However, upon booting up a different game on the same console with the same monitor I, unfortunately, confirmed the worst – that it was indeed XIII that was poorly optimised. In 2020 it is really jarring to see a title have so many technical issues.

This by far has to be one of the worst games I have played this year, and we have been treated to quite a few stinkers like Fast and Furious: Crossroads, yet even then, XIII had decent foundations on which to build itself, but somewhere along the way the magic was lost resulting in an almost unplayable title. 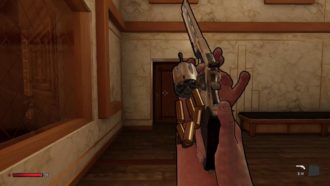 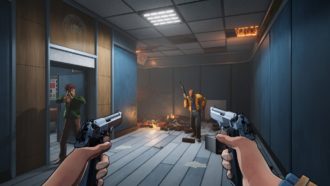 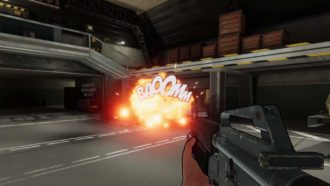 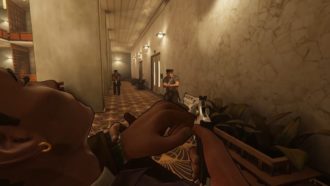 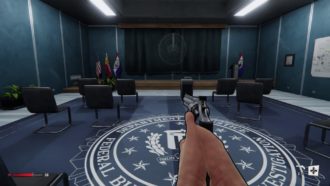 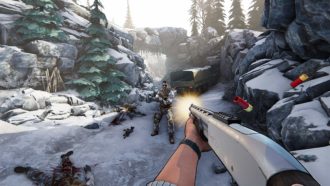 The issues with the game are so bad that developer PlayMagic and publisher Microids have issued an apology to fans, saying, “expectations have not been met by the launch version and we hear loud and clear the legitimate criticism and disappointment”. Further adding that “In its present state, XIII does not meet our quality standards and we fully understand players’ frustrations.” Says it all, really.

I wish I had more positive things to say about the XIII remake, but it ultimately feels rushed, and there is no reason for this, no necessary deadline to meet to cash in on an anniversary or event, no necessity to get the game out as soon as possible for fans foaming at the mouth. It feels like an alpha, a really early in development alpha that required some more time in the oven. I would be hard-pressed to recommend this game in the state that it is currently in.

Patches could potentially fix some of the mentioned issues and iron out some wrinkles, but on the whole, the game just proves to be a slog to get through. The story is the only redeeming factor here, but even then, I think I would just replay the classic 2003 title if I wanted to experience this story all over again.