After 1000 years of cruelty and suffering under the oppressive reigns of the gods, mankind decides to fight back. Gods Will Fall allows players to take control of 8 Celtic warriors who are ready to end the blind worship of the gods and take fate into their own hands. Your journey will take you across the realm of the gods to take them down in single combat or die trying.

Gods Will Fall instantly sets itself apart and decides to pave its own path, implementing interesting systems and mechanics that will keep the player on their toes. The game borrows from both Souls-like and Rogue-like titles, but it’s also open-ended enough to allow the player to make their own strategic decisions and deal with whatever consequences may arise. You’ll be forced to adapt to an ever-changing landscape as you battle your way through god after god. Despite some admitted awkwardness found throughout, Gods Will Fall at the very least never stops being unique.

The game tells a simple story but it tells it well. In the opening cutscene and within the narration throughout the game, you’ll find yourself absorbed into this world. The deep brooding voice of the narrator and the hand-painted beauty of the opening cinematic immerses the player into the experience. You’ll then find yourself washed ashore the land of the gods with 8 randomly generated warriors ready to fight against forces of unknown power. The game can be visually striking at times, such as within the opening cinematic and in many of the painted environments around you. Unfortunately, that visual style doesn’t always hold up throughout every aspect of the game, with character models, for instance, not quite living up to their cinematic counterparts.

You control all 8 characters at once and navigate them throughout the overworld. A map can be opened to help facilitate navigation which displays points of interest, your character(s), and the entrance to 10 dungeons, each holding a different god that needs to be slain. Whilst the game’s map is beautiful to look at, it doesn’t always accurately convey the player’s location or the direction in which they should be travelling to reach their next destination. It’s odd but I found on too many occasions the map wasn’t as reliable as I wanted it to be.

The game is open-ended, meaning you can fight the 10 gods in absolutely any order you choose. Take your 8 warriors to the entrance to one of their lairs and you’ll then be prompted to decide which one will take up the challenge. Dungeons are full of perils including enemies of varying difficulty, although a dungeon will always end in a boss fight. Should your chosen warrior succeed, you will be rewarded with increased stats, new weapons and even potentially new and powerful traits. Should your warrior fail however, they’ll be trapped within the dungeon and can only be freed if another warrior is able to succeed in their place.

This is where Gods Will Fall becomes quite unique. Due to the procedurally generated nature of the game, you’ll have no idea how challenging a dungeon is until you actually go in and attempt to take it on. A less ruminative player may charge headfirst into the first dungeon they come across and lose all 8 warriors without killing a single god. A more strategic player may decide to try other dungeons and leave heroes trapped until they return at a later time, hopefully more powerful than before. Like a cat with 8 lives, your 8 warriors allow for some failure but they also give you options. No matter how strategically-minded you are though, Gods Will Fall is always going to be a challenge. And if you lose all 8 of your warriors, even if you were only 1 god kill away from victory, then you’ll be made to start again from the very beginning. 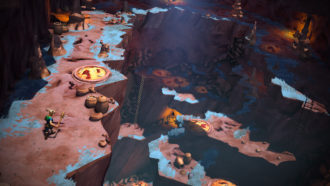 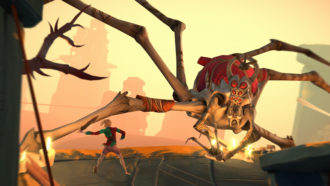 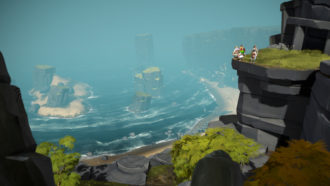 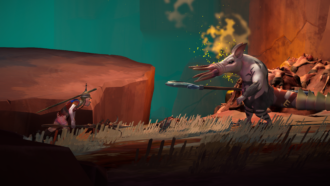 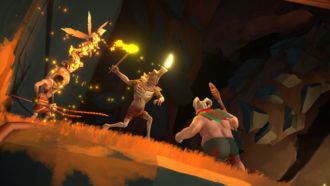 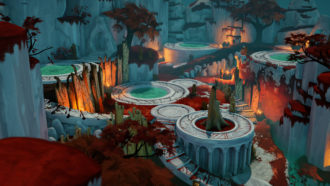 The game’s combat provides a good amount of depth. I love how many options there are in combat including heavy and light attacks, different attack patterns depending on the weapon type you’re using, parrying, dodging, leap attacks, throwing weapons and more. The versatility found in combat allows the game to throw new challenges at the player while always ensuring the player has the tools to deal with whatever situation comes their way. The depth here is good but unfortunately the combat still feels a little imperfect. Gods Will Fall falls behind slightly when it comes to smooth and responsive combat. Things just feel a little cumbersome here and it’s a real shame because the nature of the game’s design means that you may well be facing the same dungeon over and over again until you can beat it. Without really solid and engaging combat, those repeated dungeons can feel a little tiresome and some deaths can feel a little unfair.

Some of that awkwardness and jankiness can impact other aspects of the game too, including movement and traversal. Certainly the most frustrating part of Gods Will Fall is when one of my warriors dies by falling off an edge or failing to make a jump. It’s such a big loss that could really disrupt your game and it’s just far too common of an occurrence. The platforming here does not feel tight and controllable and the perspective of play does not lend itself to platforming either. So it becomes very frustrating when the game puts you in these perilous positions.

Easily one of the most captivating parts of Gods Will Fall is how the game introduces strategy elements in some really unique and engaging ways. Coming to the entrance of a dungeon, looking at the stats, weapons, and abilities of my warriors, and weighing up which one I wanted to send in first was always a joy. Do I send in my best warrior with the highest stats and risk them getting lost in a particularly challenging dungeon? Do I send in somebody weaker so I can scope things out first and essentially use them as disposable fodder? Perhaps speed or the safe reach of a spear is a particularly useful stat in this dungeon? There’s always options to weigh up and different approaches that can be taken and it adds a flair of tactics to what may not initially seem like a tactical game.

I also LOVE how relationships continue to unfold and adapt with stats changing on the fly and the world constantly evolving. After a warrior is trapped in a dungeon you may receive a prompt, for instance, that another of your warriors is overcome with a need to rescue their fallen friend, and who’s determination culminates in increased strength should you utilise them for another attempt. This element works so well because not only does it give flavour to the world and create a living and reactive environment, but it also provides further depth to the strategy of the game which I think is simply brilliant. There is one unfortunate caveat here though, and that is that you’ll see these same prompts over and over again. There just isn’t enough of them. And whilst they are still really clever and fun to see, they are a lot less special the third or fourth time you see the exact same prompt about your warrior envisioning some dungeon in their nightmares. 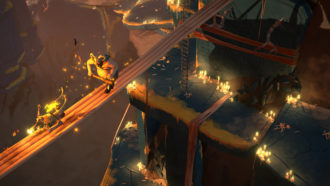 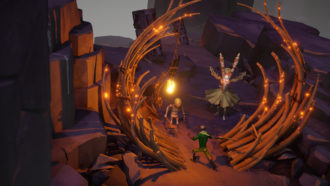 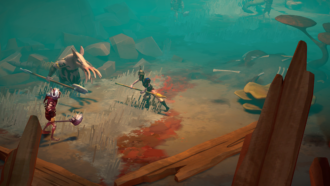 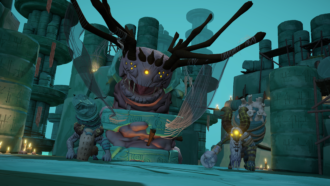 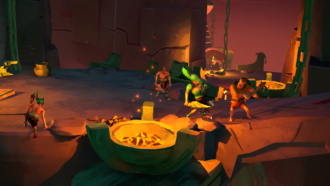 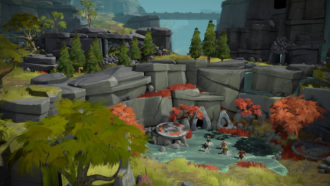 Gods Will Fall gets some serious credit for being quite bold and different in its design philosophy. I’ll always reward creative ideas because that novelty is one of the most engaging traits I can find in gaming. I’ll have to admit though that the creativity and novelty here also comes with some problems that I’m not sure are fixable with a patch or update. The random nature of the game’s dungeons keeps the player on their toes and adds a layer of strategy that I really appreciate, but it also means the game’s balance feels very strange. The first dungeon you face may be incredibly and unfairly difficult whilst the final dungeon may be super easy and anti-climatic. Certain runs felt next to impossible for me to beat but then a string of good luck in a followup run meant that the game was probably easier than it was ever intended to be and I was able to win without taking very many losses whatsoever. It also just isn’t really that fun to go through the same dungeon time and time again without anything changing. The boss fights were often exciting with clever ways to weaken or take down your godly foe that isn’t immediately apparent. The lead up to that boss fight can feel too long though and it sucks to slug through it all over again when a warrior falls and you need to start anew.

Gods Will Fall left me a little torn. It’s a game with interesting ideas and enough confidence to pursue those ideas even if they go against the status quo of typical game design. I love how the game creates this reactive and adaptive world and asks the player to deal with the consequences of their losses. It’s a highly replayable game too, and a game that creates a challenge worth pursuing. But some roughness and awkwardness in the combat, traversal, and design mean this won’t be a game everybody will enjoy. Regardless, I had a good time with Gods Will Fall and would love to see the concept iterated upon again in the future.