Man, I love a good mystery game. A lot of video games will have elements of the genre, often including plot twists and foreshadowing into their narrative. But games that actually have you hit the pavement to discover the clues and take down the bad guy courtroom-style are few and far between, which is a shame seeing as it’s one of my favourite genres. The Japanese mystery games generally come in the form of visual novels, another of my favourites, so Root Film is right up my alley. It’s a spiritual sequel to Root Letter, another mystery visual novel set in the same province of Japan, but with a new cast of characters.

Root Film stars two protagonists. Rintaro Yagumo, the main protagonist, is an up-and-coming film director who is given the opportunity to recreate an old project that was suspended under mysterious circumstances 10 years ago. As he goes on a location-scouting trip with his assistant Aine Magari and actress Amakata Hitoha, he is thrust into a series of murders that threaten the success of his project. The second protagonist, an actress with the stage name Riho, similarly finds herself embroiled in a series of murders. The secret relationship between the two plots, and the two protagonists, make up the overarching mystery of the game.

Root Film is a little lighter for actual gameplay that I’d hoped. Games like the Zero Escape series and Ace Attorney have primed me to be a little more involved than Root Film lets me be. Maybe it’s my fault for expecting any different, as the game very clearly is labelled as a visual novel. But even Root Letter, its predecessor, placed more in the player’s hands. The part where you have the most control is during Max-Mode, the segment where you really get to rub it in the culprit’s face, and even that is a little too simple.

While investigating, your only real role is choosing which location the characters visit next, and choosing which people to talk to. This isn’t a huge problem, but the game isn’t so good at naturally leading you to the next location, meaning a lot of time is wasted visiting every single place and person in an attempt to trigger the story. The character you’re playing as will highlight key phrases and ideas using their synesthesia – a phenomenon that allows them to visually see the words that are being spoken – and memorise them. These memorised statements come in useful during Max-Mode, but only a few of the statements are actually used in these segments, rendering the rest of them useless.

“The overarching mystery has a satisfying finish and a few twists and turns to boot.”

Once I got over my initial disappointment that I would have less input in the game than I thought, I was able to let those annoyances go and just enjoy the story. My main bone to pick with the mysteries of Root Film is its use of perhaps the most irritating thing a detective story can do: withhold clues from the player just so the hero can seem more impressive when they whip out this new evidence at the last minute.

To write a detective story this way is one of the genre’s biggest faux pas, and breaks rule number one of mystery author S. S. Van Dine’s Twenty Rules for Writing Detective Stories. There were multiple times where the solution wasn’t shown, or only partially shown before Yagumo or Riho triumphantly presented it. Thankfully, this was only an issue for a few chapters in the middle. The final few chapters and the overarching mystery has a satisfying finish and a few twists and turns to boot. The link between the two protagonists turned out to be an especially cool twist. 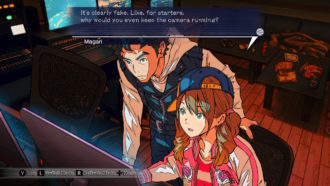 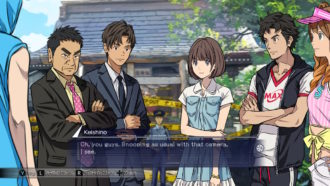 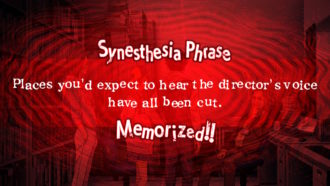 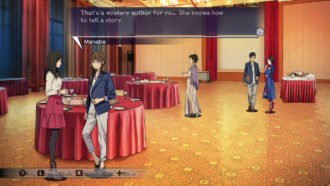 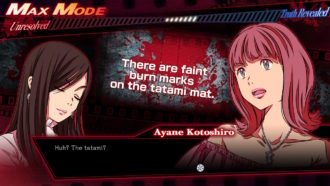 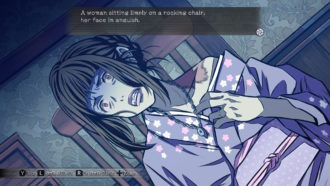 A good half of the game’s runtime is dedicated solely to building the personalities of its cast of characters. Often the crew will stop to talk about a local landmark (including, I presume, real tidbits of Japanese culture), or stop at a cafe for a good meal. It’s a risky move, as an inpatient player might lose interest in the game in the slower moments, but Root Film’s characters are genuinely likeable and none of them felt like they were overstaying their welcome.

This is helped greatly by the absolutely beautiful and tasteful anime art style. There are several unique illustrations of the characters in each chapter, all with beautiful shading and attention to detail. Even the re-used character art keeps itself fresh by being placed in different spots within each scene, which makes the scene look and feel genuine even though the art isn’t animated.

I was also pleased to see a distinct lack of what I like to call ‘anime bullshit’; there was no lecherous character played for laughs or breasts the size and shape of balloons. Everything considered it’s a pretty tasteful affair, though it did have one short fanservice-y scene of one of the actresses in a bikini. Those with a low tolerance for such anime bullshit won’t run into a problem with Root Film.

Despite my problems with some of the storytelling, I enjoyed Root Film a lot. The beautiful anime-style art and relatable characters are more than enough to make up for my temporary frustrations, and I was happy to just be along for the ride. As an avid mystery game fan, I’ll guzzle down as many of these as publishers translate, so the fact that it wasn’t a perfect 10/10 doesn’t bother me, as long as the ending is satisfying – which for Root Film, it is. It gets my recommendation.