Before Your Eyes Review – Where does the time go?

Ever played a game that’s charmed you and moved you so much that its entire experience is hard to fault? Before Your Eyes, a game all about exploring the fleeting memories in life, be it milestones or everyday interactions, was that game for me. Witnessing a tender moment on a beachside with the protagonist’s mother that’s over before I’m ready for it to be – the game had me crying in less than five minutes. That’s a personal record for me. It quickly became clear that Before Your Eyes is a very emotive journey. It is also a journey that’s well worth taking.

Seeing the world pass by Before Your Eyes

Before Your Eyes is a narrative adventure that takes place in the first-person perspective. Players control an individual at the end of their life, on a boat ride to the afterlife. Accompanying you is an anthropomorphic mythical ferryman. On your journey to the final judgment required to fully pass on, you’ll recount the story of your life, provided to you through vignettes promising emotive storytelling. I was already excited about this release after witnessing a preview build of this game last year back when it was called Coda. I’m pleased to report that as a fully realised game, it’s as enchanting and moving as ever.

Narratively, there’s not too much to Before Your Eyes. Instead, the game is invested in evoking emotions out of you through the concept of fleeting memories. In some moments you’ll witness protagonist Ben as a child facing the trials and tribulations of growing up. These can be simple, sweet moments like meeting your childhood next-door neighbour who very likely can become your first love. Otherwise, players will experience heavy-handed moments such as the ever-growing pressure of Ben’s mother pushing him towards becoming a pianist. Being a failed musician herself, she projects these dreams onto her son so she can live vicariously through him. Other later moments have you living out the life of a tortured artist in adulthood.

All of these examples are displayed to you and then ripped away in seconds, highlighting the idea of fragmented memories. In doing so, moments and beats like these help to paint not only the beauty and downfalls of life but the nature of a nuclear family in the suburbs. Not all is rosy behind those white picketed fences.

Before Your Eyes could’ve very easily been a dark and dreary video game. Instead, it quite aptly toes the line between poetic melancholy and the lighter, bite-sized parts of life. The way it achieves this is through a striking art style, vivid colouring, a beautiful soundtrack and strongly voiced performances. While you play a non-speaking role, just about every voice performance in the game is quite solid for a project of this scale. However, it’s the Ferryman who’s absolutely the show-stealer. From his commanding introduction of waxing poetic and barking and howling at spirits in the form of seagulls, to his big role in the latter half of the game that has him guiding you even more so through your more hidden memories, he plays a big and important role.

Running at just over two hours long, Before Your Eyes bows out exactly when it should and is expert in doing so. Without spoiling too much of its twists and turn, the game will be quite the ride that’ll evoke strong emotions out of players. Representing true to life themes and ideas with accurate human stories and impactful moments of beauty and misery, this is a game that should absolutely be on your radar.

A wondrous marriage of gameplay and narrative

The most unique idea that Before Your Eyes exhibits is how its gameplay is presented to you. A long list of essays have been painstakingly written about Ludonarrative dissonance over the years. It’s a term that’s frankly become quite wanky. On the other side, it’s become a bit of a predictable marketing tool for games to instead boast how married their ideas of gameplay and narrative are. Often they work, but did they need to go in that direction? Before Your Eyes did need to go in this direction. Thankfully, it doesn’t do so in a pretentious way. It invites you in with enticing and innovative gameplay that matches the narrative and then steps away to let you enjoy it all.

“Representing true to life themes and ideas with accurate human stories and impactful moments of beauty and misery.”

You see, Before Your Eyes is a game that is always recording you as a player. You in the shoes of Ben must control the way you experience and interact with memories through your actual, recorded blinks. Memories in the game, much like real life, have the ability to be so fleeting and pass you by. With your plugged in (or preinstalled) webcam, the game is always looking for your blinks in order to proceed. Memories pass before you’re ready when a ticking metronome appears on screen. The metronome signifies when the game is waiting for you to blink so you can jump ahead to the next memory, be it days or years in advance. 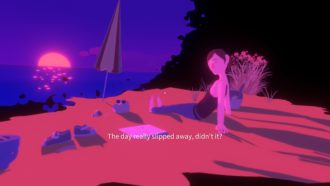 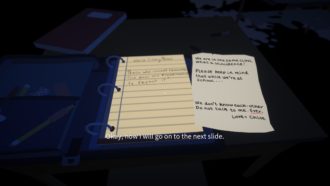 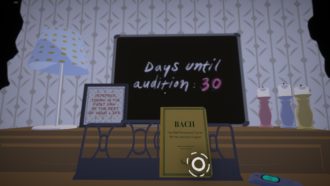 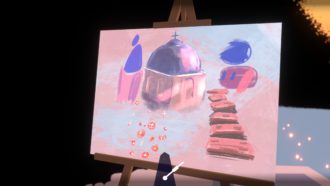 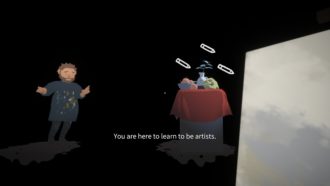 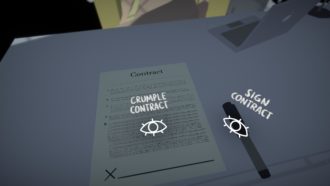 These moments are brutal (though magical) to behold. Often you’ll find yourself in a sweet memory you never want to end. Then that dastardly metronome appears. Then you blink before you want to and you’re cruelly ripped away from that moment, much like real life. Before you know it you’re days, weeks and maybe even years in the future. Seeing yourself once as a teen with your own problems, then you blink and your parents are getting old before your very eyes. Where does the time go?

Before Your Eyes uses your real blinking in other ways, too. Frequently you’re met with little points of a memory you can aim towards with your cursor and then blink at. This often lets you do a number of things such as making choices in the game, shifting your environment or the like. Playing a toddler and clearing clouds out of the sky, choosing the scribbles you draw on an easel or even simulating taking pictures on a camera are all achieved with these blinks. These do well to evoke a child-like sense of wonder as you’re simultaneously playing through such ages. There are even moments where the game asks you to close your eyes, tuning out everything else so you can focus on conversations behind closed doors from your parents, learning of their hidden struggles through a child’s lens. It’s all synced together really well and actually works near perfectly.

As stated earlier, Before Your Eyes truly is a hard game to fault. Its capturing of real footage works well thanks to a wonderful calibration system that can be utilised at any time. The narrative is moving and beautiful to experience. Though, the niche gameplay mechanic could very well see different mileage for differently abled players. Conditions that cause involuntary rapid blinking, for instance, may very well affect how you sync with the game’s recording as it does well in capturing everything. Sure, there’s the opportunity to play the game without recording yourself, using a mouse click to simulate the blinks, but then the magic of the game is diluted. With a mouse click you can see every inch of the game with plenty of recourse, the opposite of what it’s trying to do. It’s not an ill-advised alternative, but means the vision won’t fully suit all. 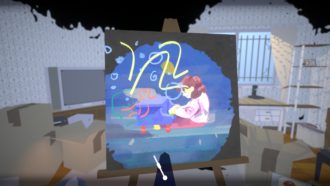 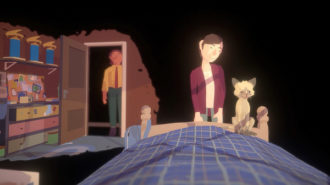 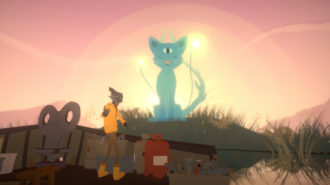 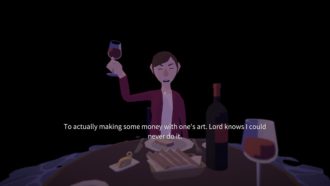 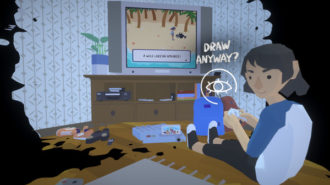 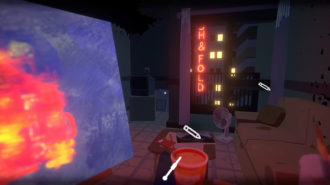 GoodbyeWorld Games have created something incredibly special with Before Your Eyes. It’s a truly great game that explores real human stories through mechanics I’ve never really seen before. It’s a wonderfully crafted indie game that demands to be up there in your must-play list for 2021.