It is really hard not to be charmed by Smelter. Witnessing the anime-style opening cinematic that features protagonist Eve, ripped straight from the Garden of Eden and away from her paramour Adam, it’s clear a journey is afoot. Meeting and combining with a living and breathing suit of armour that talks (and helps attack), Eve is soon on a 16-bit adventure entirely inspired by and reminiscent of great games past. It’s all the better for it and actually comes pretty damn close to its predecessors.

Without a doubt, Smelter’s biggest win is its anti-game nature within the narrative. There’s a story, sure. Paired up with Smelter, Eve must restore the Rumbly Lands, using the armour’s friendly alien forces known as Zirm’s to gradually rebuild and take back control. Along your journey, you’ll unlock new areas and abilities as Smelter once more becomes warm and cozy in his previously owned land. By the end of it, here’s hoping Eve reunites with her Adam. Combine that with the included typical sci-fi fantasy trope of gradually collecting some sort of fragment to master different elements and you’d otherwise have your typical, not so memorable story.

However, it all fits together nicely when the story is told to you in creative ways. Smelter is a game that’s so inspired by 16-bit style games, with one of the larger ones I can point to being Undertale. Simply put, this is a game blossoming with simultaneously smart and ridiculous humour. While the story is pretty clean-cut, its lore on offer is deliberately obtuse. Sometimes indecipherable words that appear to be nouns are thrown out such as “Flootipoo.” These terms and exposition are never properly divulged. Other occasions will have you coming face to face with a boss where their battle music kicks in and their health bar loads in only for them to take one look at you and essentially go “Nah, I don’t feel like fighting today” and then be on their merry way.

From snicker worthy dialogue to an elderly lion walking around with a crane that’s just often a little too wildly agile for his age, you’re left wondering so much about the world of Smelter. This leaves an unapologetic nature for the game and charming curiosity that makes up for its later predictable narrative reveals. This is Smelter’s world and for 20 or so hours, you’re just in it. Deal with it.

A 16-bit thing of beauty

What we have with Smelter is a game heavily inspired by the 16 bit SNES era. Where this and often other retro-inspired games in current day can go wrong is being too reliant on this without really ever mixing it up enough. Thankfully, the game doesn’t fall into that camp. Largely I think this falls down into being a pretty solid balance of 2D platformer and isometric strategy game. You see, in your journey across reclaiming the Rumbly Lands, you’ll get to see the vastness of the lands whilst also getting to explore the very depths of it.

In 2D platforming levels, you’ll enter often deep in the undergrounds, witnessing caves, underground facilities, ruins and the like. These are well designed from both a level design perspective and aesthetically. Tighter, more fast-paced moments of combat and platforming will have you using Smelter’s built-in ghostly arm, that can zip itself off and to specific points. This is often pleasing as it’s mixed in with visuals such as seeing caves collapse around you or water levels rise, leaving you with a more immersed and emphasised high stakes in the more frantic moments of gameplay.

“Simply put, this is a game blossoming with simultaneously smart and ridiculous humour.”

These aren’t the only wondrous visuals the game offers either. In moments where the game slows down, you’re left with more time to take in the views. It’s here that you can enjoy the hard work the game puts in painting a sci-fi world, whether that’s the arid Rumbly Lands full of the cute alien Zirms or the temples or throne rooms you’ll slowly roll up on in later game moments. This all but hones in on the fact that Smelter offers some of the better sprite work I’ve seen in games in recent memory. It’s reminiscent of the frankly amazing Crosscode in that way – with both sporting detailed art that needs to be seen to be believed. 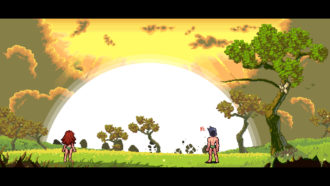 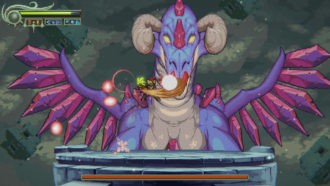 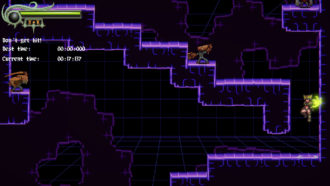 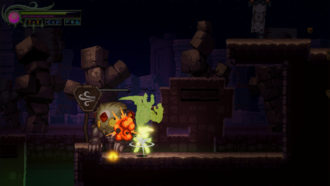 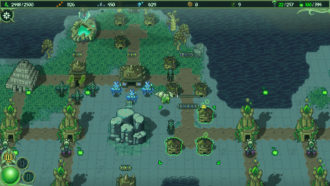 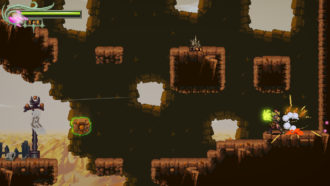 Breaking down Smelter further, it boasts two main means of gameplay. In between the platforming segments, players will control Smelter themselves as they fly across the Rumbly Lands. These moments see players engaging in a bit of isometric strategy goodness. Managing Zirm counts along with the magical apples that provide energy to facilities such as army barracks and defending points so that eventually the entrance to a new level opens up is what you’ll spend your time doing here.

Frankly, it’s quite rewarding to see your adorable little Zirms succeed. At its best moments, it’s a challenging juggling act of repairing buildings on the fly, making sure you have enough soldiers on the field covering the solid ground and getting Smelter themselves to blast off a few shots at foes here and there. Though it’s not all smooth sailing, better tutorialising for the game’s strategy functions could absolutely be offered. The strategy gameplay of Smelter will click for players and when it does it’s fantastic. It just takes a little while.

2D platforming and action however are up there with the absolute best. So many tense moments are on offer in the game, many leaving you scraping by on the skin of your teeth. Thankfully, a fluid combat system is on offer to give you a fighting chance. Three different combat styles are on offer in Smelter. All are able to be swapped between at any time. One allows transforming into a more solid armoured rock form, another provides an electric whip of sorts complete with a handy evade while the last provides a rapid-firing blaster along with the ability to go transparent for a brief moment of time. These can not only mix up how you play but also aid in how you approach and navigate a level.

The more solid rock formation for example can help in the levels where there’s a strong wind doing its best to knock you off a platform. Hunker down in this mode and you’ll be slower in movement but make it across alive. Maybe you’ll even parry some incoming projectiles if you get the timing right. The mode with the blasters however helps you shoot switches from far away or pass the dastardly thousands of harmful lasers you’ll be thrust toward.

Mastering each of these combat types is vital. Collecting skill points via challenge rooms in the form of tough platform or combat encounters will do half the job of boosting your strength in these types. Constant play and perseverance through tough moments make up the other half. Both platforming and combat encounters can be brutal in Smelter, having mastered versatility will at least help you somewhat.

I say somewhat because often there will be moments where you die or fail a sequence that just feels entirely out of your control. Smelter offers a solid challenge and when you make it through one of them you’ll be relieved as all hell. The game is absolutely going for that authentic feeling of being an early tough-as-nails NES style platformer action game. It does so almost too well at times.

I love a good challenge in my video games but I’m upwards of 25 hours played in Smelter, stuck on the final boss the last four or so of that. With my hands cramping up to hell after beating my head against a wall on this last boss that I’m oh so close to trumping, I can’t help but sit back and think that the experience could be balanced more and made a little easier, with the game not being any worse off whatsoever. 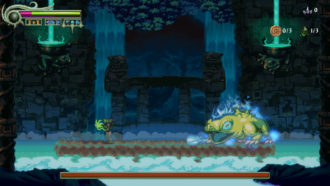 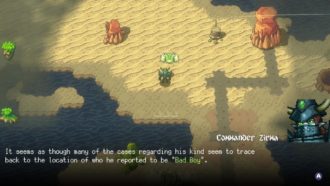 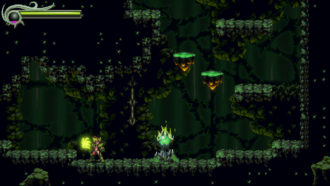 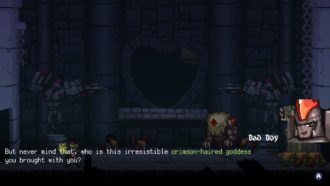 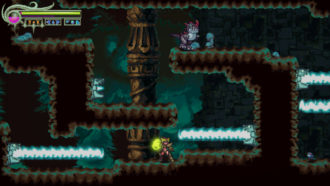 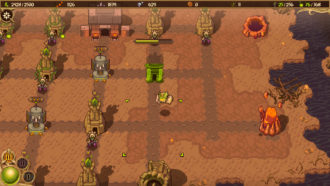 Smelter is quite hard to poke holes in. With a little more fairness to players, it would be all the more satisfying when you really get that flow going and could leave it being amazing. They could also tutorialise the strategy elements better so that more players will be streamlined into the experience. It’s clear however that wasn’t what the team had in mind. I can’t fault them for that.

I’m walking away from my time with Smelter really fondly. It’s a wonderful, charming and inventive title that makes for a hell of a debut. Smelter won’t cross many people’s radar but it’s a game I’ll be beating my drum for this year, begging as many people as possible to play it. Smelter is charming. It’s tough-as-nails. At times it’s even hilarious. Most of all, Smelter is just itself – a badass and unapologetic indie guaranteed to give you a good time.