Operation: Tango is a co-op puzzle-solving game for two players. Choosing to play as either the Agent or Hacker, two players take on the role of a secret agent just like in the movies. One person in the field and the other ‘the man behind the screen’ – who could resist? Your mission is to locate and stop a dangerous cyber-terrorist before he enacts his evil plans.

Jumping into Operation: Tango with my secret spy buddy, we had high hopes for it, but we found that the game was a little hit-or-miss.

Operation: Tango seems like a natural evolution to games like Keep Talking and Nobody Explodes, a co-op game in which one player is given a bomb to diffuse and must rely on the other player’s instructions on how to do it correctly. It was novel at the time, but since then nobody has really tried anything similar… at least, none that have made it big. Operation: Tango seemed to be the same concept, but bigger, better, and including espionage.

Each of the game’s 6 levels has the players carrying out a mission. The Agent is deployed to the field to infiltrate the location itself, while the Hacker dives into the network to manipulate nearby security systems in the Agent’s favour. From your character’s first-person view, you can’t see what your co-op partner sees on their screen, so you must communicate with the other to solve each puzzle.

Your role in solving each puzzle depends on which character you play. As the Agent, you can explore your environment to find clues and interact with the technology you find. When something manual needs to be done, you’re usually going to be the one doing it. When playing the Hacker, your job is often to crack into your target’s network of systems to help the Agent gain further access. Just like in the movies, hacking into security systems and smart devices are depicted with unrealistic video-gamey graphics (well, at least it makes sense in an actual game).

Operation: Tango is set in a futuristic city where smart technology is everywhere, so both characters end up doing their fair share of hacking. It makes sense, but on occasion it makes the two roles seem more like ‘Hacker’ and ‘Hacker Lite’. There are comparatively fewer sections containing classic field agent capers, like stealthing past enemy agents or using crazy gadgets. With no combat in the game either, the Agent’s only unique ability seems to be a pair of legs.

The best puzzles are the ones that really make you take on the role of a real secret agent. Trolling through an IT company’s employee chat logs, taking control of a cleaning robot to sneak into places you shouldn’t, and hacking into the smart devices of train commuters to learn their identity. I wish the whole game were comprised of these scenarios, but these cool bits are diluted by puzzles that feel like filler.

These are ones like block-moving and pattern memorising puzzles, ones that are detached from the fantasy of being a secret agent. The majority of the puzzles are far more inspired in concept, though a few too many of them are solved by some manner of turning a dial to match various numbers. Who knew so many of the world’s security measures could be overcome by setting a dial to 40? 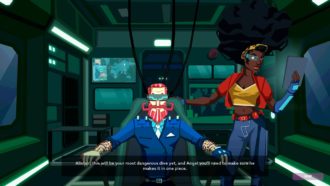 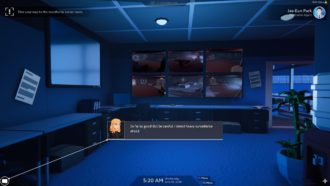 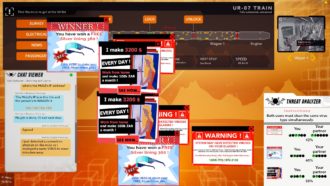 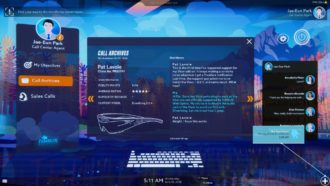 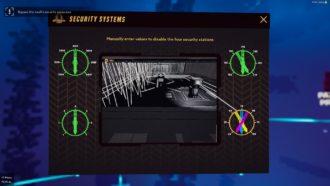 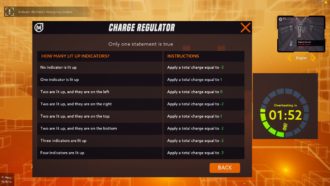 The game’s campaign lasts for around 3-5 hours all up, which is pretty short for a co-op game. As a rule, I try not to use a game’s length as a mark against it. Doing so usually unfairly denigrates the work of smaller developers who often have no choice but the build things on a smaller scale, and many players prefer a game they know won’t cost them too many hours out of their life. In this case, however, I can’t help but feel like the short campaign hurts Operation: Tango.

“… a lack of replay value here works against its favour.”

The entire game can be completed in just a few hours, even when you factor in playing it through as the other character. With so little time spent with both Agent and Hacker, I feel like I’m only left with a first impression. And since there are not many puzzles that have any kind of random element, there’s a lack of replay value here that also works against its favour.

You can play it with different friends of course, and the game generously includes a Friend Pass which allows someone to be your player two without needing their own copy of the game. But without that replay value, you won’t feel much incentive to.

The sections that do include an element of randomness, which do add replay value, are the ones most reminiscent of Keep Talking and Nobody Explodes: one player has access to an unexplained assortment of things to fiddle with such as dials, buttons, or switches, while the other player has a corresponding set of instructions that explain what the other player must do.

This is not to say that Operation: Tango has done something wrong by utilising the same idea, in fact, these segments were some of my favourites. but it’s a shame to see nothing about the concept improved upon. It certainly adds the novelty of knowing the context behind the puzzle – it’s not just a random bomb, the train is going to crash unless we fix this engine! But leaving the mechanics themselves unchanged made it feel as if Operation: Tango wasn’t able to improve enough on the same gameplay idea to make it superior.

I hoped for more with Operation: Tango. I love the premise, the art style, and the music that sounds like it could be ripped straight from Mission Impossible. There’s also a sense of humour to be found throughout the game in small background details, which were fun to find. I hope developers Clever Plays will consider DLC for this title, because with more content to play and some refinement, Operation: Tango will be a lastingly good time between you and a friend.

Operation: Tango gets the look and feel of being a secret agent team absolutely right, with a cool soundtrack to boot. But it’s held back by its hit-and-miss gameplay, which can range from super cool to frustrating. A longer campaign may have let the gameplay expand and deepen, but with only 6 short missions and little replay value, it ends up feeling a little shallow. The upside is, this makes the game a perfect candidate for some DLC.