Backbone is the animal detective noir adventure game that you probably didn’t know you wanted. With its haunting atmosphere, brooding lead and a missing person case that uncovers a massive conspiracy, detective story fans will find a lot to like. However, while Backbone definitely starts strong, it doesn’t quite stick the landing, and overall could do with a bit more substance. The game is currently available on PC, with plans to release later on for PS4, Xbox One and Nintendo Switch.

Backbone tells the tale of Howard Lotor, a raccoon private eye in a dystopian Vancouver inhabited by talking animals. Desperate for a case, Howard takes on a job to find a missing otter whose wife suspects him of having an affair. By the end of the prologue, the detective becomes embroiled in a mysterious plot involving a nightclub owner and secret experiments being conducted by the highest echelons in society. Basically, imagine if Disney’s Zootopia had the atmosphere of Blade Runner, and you get Backbone.

Backbone’s free prologue demo ends on a hell of a hook, and the full game’s plot was able to keep me engaged throughout its brief 4-ish hour playtime. Howard is a compelling lead, and many of the supporting characters he encounters, from the crusading journalist Renee to the jovial taxi driver Anatoly, immersed me in its world. Despite initially coming across as an aloof jerk, I enjoyed Howard’s interactions with Renee and many of his leads, where he demonstrates a great degree of humanity (raccoonality?).

Like Zootopia, Backbone uses its cast of anthropomorphic city-dwellers to explore themes of class conflict and racism, using the various Kinds (as they call them in-game) as stand-ins for different real social groups. There is a particular focus on how the ruling class exploit the poor and use social structures to maintain their power.

The fact that Howard is a raccoon, on the lower end of the social hierarchy, is a point of connection between him and many of the victims and their families that he interacts with. Backbone isn’t exactly subtle about these themes, but it doesn’t need to be in order to be effective.

Unfortunately, much of the compelling leadup lacks a satisfying payoff, with a rather inconclusive and disappointing finale that left me with more questions than answers. Just when it feels like it is gearing up to a climax, the plot just sort of stops dead and rolls the end credits. So many plot threads and character arcs go unfulfilled that it almost feels like a deliberate sequel hook. Hopefully DLC or some kind of follow-up is planned to flesh out the setting and give Backbone’s plot a greater sense of conclusion. 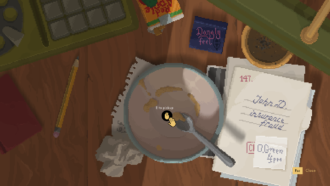 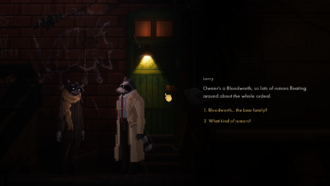 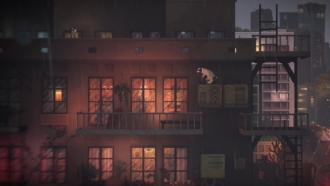 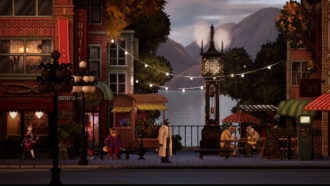 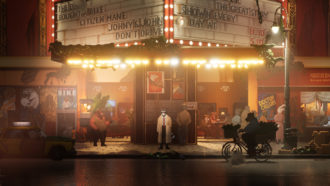 A point and click adventure game for the modern era

In terms of gameplay, Backbone is a modernised take on the point-and-click adventure game. You walk around 2D environments, interviewing suspects and witnesses, finding clues and participating in stealth sections. Fortunately, it avoids most of the pitfalls of more frustrating adventure games, with an in-game log giving clues on how to progress, and few puzzles involving combining two random objects, or any other kind of obtuse solution. The simplistic stealth sections are also quite brief and sparse.

“…there weren’t many opportunities for crime-solving in this detective game.”

Adventure game veterans may take issue with how linear the game can be. While there were some cool moments where dialogue choices would be referenced later on, there weren’t many opportunities for crime-solving in this detective game.

Most of the puzzles and stealth sections are front-loaded at the start of the game, with Backbone’s later Acts becoming much more dialogue-heavy and presenting fewer opportunities for the player to make deductions or use their wits.

The lack of actual gameplay wasn’t an overall deal-breaker when the narrative and characters were keeping me engaged. However, you will not always be participating in the same mix of stealth and puzzle-solving as you do in the game’s prologue.

Despite not making me feel like a detective in its gameplay, Backbone is dripping in noir atmosphere. From the dim lighting, to the persistent fog and rain to the stunning mixture of 3D effects and high-resolution pixel art, Backbone’s Vancouver felt tangible and alive. The captivating “dystopian doom jazz” soundtrack by Arooj Aftab and Danshin is also an incredible mood-setter, immersing me in the complex world and characters.

Some areas of the game are completely silent, without any background music or sound effects. The areas without any kind of ambience felt kind of weird and knocked me out of the game somewhat when I could only hear the sound of my mouse clicks. It’s unclear if it is a bug or a deliberate choice, but even the addition of some water or wind effects would have ensured that those areas felt less stark by comparison. 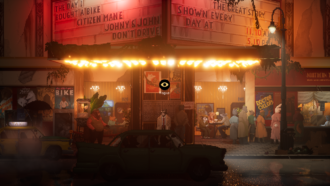 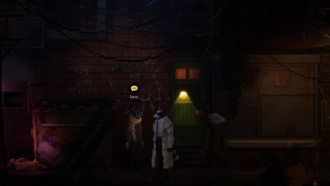 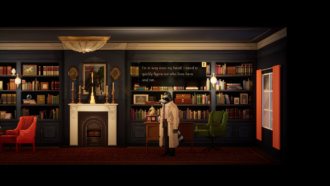 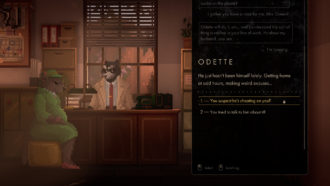 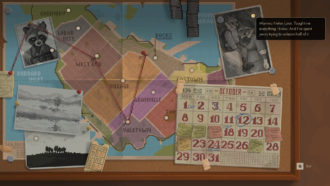 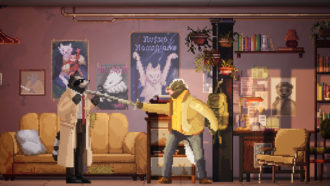 Backbone is full of potential for greatness and makes a terrific first impression. With its compelling lead and supporting cast, and a fascinating setting full of tantalising lore and mysteries to solve, I spent most of my experience excited to find out where it was all leading. Unfortunately, much of the detective gameplay and plot start to come apart by the end, leading to an oddly inconclusive and unsatisfying conclusion.

Adventure game fans may be turned away due to its lack of puzzles or substantial interactive elements. However, if you can accept that not everything quite follows through on its initial promise, the interesting characters and setting, as well as the fantastic soundtrack and art direction, are worth checking out for narrative adventure game enthusiasts.