A cybernetically-enhanced super-soldier named the Executor is all that stands against humankind’s destruction at the hands of the deadly STROL virus in Red Solstice 2: Survivors, a sequel to the 2015 survival tactics title. Fusing real-time strategy with action, survival horror, and online squad-based multiplayer, players fight to secure humanity’s future and slay hordes of mutant abominations. It’s atmospheric, it’s tactical, it’s tense: but does its unique genre blend work?

The year is 117 AE: After Earth. With humanity sheltering on Mars and giant corporations seeking to control the last bastions of human life, only the Executor and their team of squadmates can fight back against threats, both capitalist and biological. STROL mutants have invaded the planet and are widespread, their corrupting infection creating further monstrosities with each passing day. Alright, so it’s not the most groundbreakingly original narrative, but Red Solstice 2’s story sets the stage well enough for its tense, mutant-slaying action to run rampant. It’ll also remind you that this isn’t XCOM: all of your squadmates are expendable.

It’s clear that Red Solstice 2 wears its influences on its sleeve with pride, from its xenomorphic mutant foes right down to the Executor’s Master Chief-inspired combat suit. However, while its premise and design elements may be familiar, its gameplay offering seeks to blend genres to create a brand new mixture of real-time strategy and action-packed survival horror, with elements of macro-strategy titles like Total War thrown in the mix to boot. The campaign shows players an overworld map (the “Strategy Layer”) where they can scout for resources, research new technologies, and attempt missions – many of which require troops to be deployed, launching the “Combat Layer”. Completing missions provides resources, and helps prevent the spread of the STROL infestation across the planet.

Combat is where most of the actual gameplay lies, with the Strategy Layer providing context for combat sessions and a vessel for conveying narrative. You’ll be tasked with completing a variety of missions on various maps, usually some kind of desolate post-apocalyptic city ruins. Players control the Executor using traditional RTS controls: right-click to move, use hotkeys for abilities, hover for tooltips. There are a few ways to attack enemies depending on what you’re currently prioritising: the helpful Overwatch ability lets the Executor automatically shoot at monsters within range (at the expense of some Energy) while manually aiming with the mouse helps conserve ammo and makes it more likely that you’ll score a critical hit. Missions generally have you scouring the map, defeating waves of grotesque foes and collecting supplies on your way to some kind of goal: you could be rescuing trapped soldiers, destroying monster-spawning STROL eggs, or taking back territory from the mutants. There are also a variety of combat classes to choose from which alter your role within the squad, from the DPS-focussed Assault and Heavy Support troops to the more support-oriented Medic and Recon classes. You gain skill points as you level the Executor in combat missions, which you can spend on perks for yourself and your squad to increase your capabilities.

You’ll also be able to jump straight into combat missions outside the campaign via Skirmish mode, which lets you set up one-off scenarios with a variety of options. Unlocked classes, skins, and skills carry over between Skirmish and Campaign, and online multiplayer is an option for combat missions in both modes. It’s worth completing at least a few campaign missions before diving into a skirmish, since there are a lot of mechanics to wrap your head around, and the UI does little to avoid over-saturating new players with information. In fact, the first few hours of Red Solstice 2 are probably where new players will struggle, and where the issues with blending strategy and action conventions come into play: there is a lot of text to read, and while the tutorial does a decent job of drip-feeding core mechanics step-by-step, the constantly respawning enemies and attempts to grip the player with tense action from the beginning can be overwhelming. I had forgotten most of the hotkeys by the end of the first mission, and it was several missions in when I realised I had a second, really cool weapon available – possibly a testament to my goldfish-tier attention span, but definitely a warning for players less familiar with complex RTS interfaces. 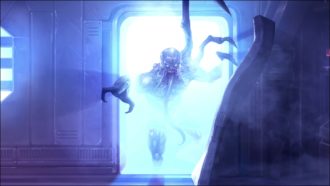 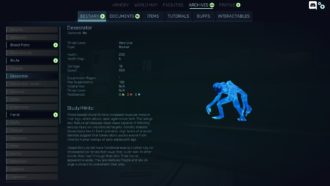 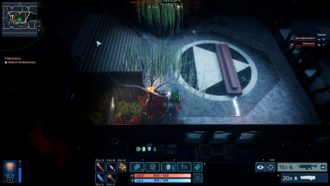 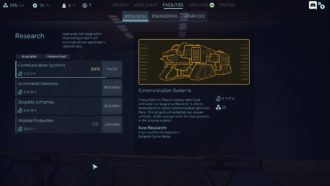 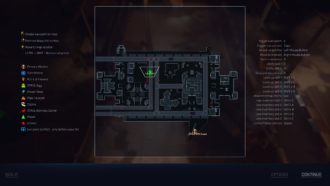 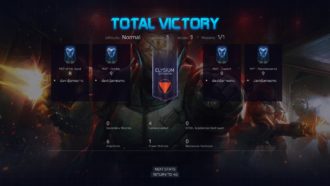 Regarding performance, Red Solstice 2 runs smoothly and copes well with many enemies and explosive particle effects on the screen. I was able to test out the online Skirmish mode with random players, where I couldn’t detect any lag or latency problems and we were able to complete missions together without issue. Your mileage will obviously vary depending on your rig and connection. Patches and hotfixes are rolling out post-launch, fixing bugs (such as map-syncing in multiplayer) as well as adjusting a few of the campaign missions: I’m particularly enthused about increasing the speed of an escort mission “so it’s less boring”, to quote the patch notes. While I didn’t come across any jarring gameplay glitches, a nasty bug completely erased my campaign progress overnight, killing my buzz to finish the final missions. I’m hoping critical issues like that will have been addressed with the Day One patch. Visually, the game is suitably gritty and stylised, with enough variation to break up scenes a bit. While the palette is apocalyptically drab, environments are peppered with electronic billboards and elements of former human habitation – there’s just enough here to tell a story with each map.

“It’s in this pulse-pounding tension… that Red Solstice 2 shines.”

I had an incredibly intense experience during a campaign mission where I was desperately trying to dodge the final wave of enemies while waiting for the evacuation timer to tick down: my squadmates were dead, my suit was damaged, and I was absolutely drained of resources, clicking like hell to get my doomed little Executor to safety before being clawed to death by a wayward Desecrator. It’s in this pulse-pounding tension, this race against hopelessness, that Red Solstice 2 shines – at least in single-player. In multiplayer, the atmosphere shifts into more of a sci-fi League of Legends with AI opponents. A PvE MOBA, if you will (especially with its in-combat levelling up system). If playing alone feels like you’re Ellen Ripley in Alien, playing with others is more like embodying the gung-ho squad from its sequel Aliens. However, the RTS interface here becomes more of an issue since you have less direct control over your squad. I know it’s not very PC for me to say, but I would have killed for an option to plug in an Xbox controller. It’s also an incredibly niche sell as a multiplayer offering thanks to a significant learning curve. I definitely don’t have seven friends who would have the time, patience, and love for mutant-busting needed to start getting into Red Solstice 2. 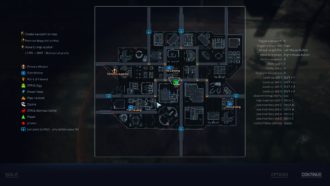 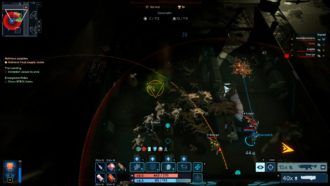 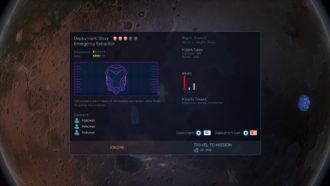 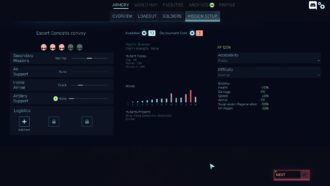 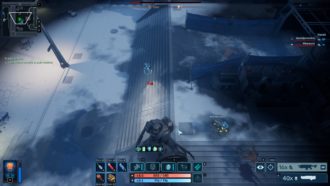 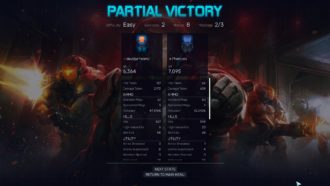 While the experience presented in Red Solstice 2 is well-crafted, I’m still not sure who exactly its audience is. Its attempt at creating a new genre (which developers Ironward call “real-time tactical battlefield” leads to an odd blend of action gameplay with strategy controls that never quite feels comfortable – which might be the point. The environmental design, narrative, and grotesque enemies all showcase an action sci-fi drama featuring humanity fighting against an insurmountable monstrous threat, and maybe that means players are meant to feel out of their depth and scrambling to gain control. Whether this is a desirable offering for their target audience is questionable: it’s somewhere between a multiplayer XCOM and a hero-driven Starcraft, straddling two very different play experiences without really satisfying the goals of either.

A niche but mostly well-presented experience, Red Solstice 2 attempts to create something entirely new by blending established genres. While its mishmash of strategy mechanics into an action game doesn’t quite hit the mark, it does provide a swathe of tense, tactical moment-to-moment gameplay and absolutely nails its occasional moments of creeping alien horror. It’s far from a strategy game at heart, and struggles to strike a balance between its complex real-time strategy mechanics and action-oriented gameplay – but for sci-fi fans who are prepared to overcome the game’s learning curve and just want to squad up and rip apart some eldritch abominations, there’ll eventually be plenty of gooey green blood to sink your grenades into.