Where the Heart Leads is a perfect water cooler game. It’s a narrative game all about making lots of difficult decisions, each of which carries long term consequences. By the end of my playthrough, every member of the Anderson family was tangibly affected by the choices I made for them. This means that, potentially, no two playthroughs are alike. Armature Studio have crafted a wonderful story full of loveable characters. Flawed, sad, angry, difficult, frustrating characters, but loveable nonetheless.

You play as Whitney “Whit” Anderson, who lives with his wife Rene and their kids: a perfectly ordinary Midwestern American nuclear family. At the start of the game, Whit falls into a mysterious sinkhole that’s suddenly appeared next to their house. As he attempts to climb back up, he finds himself reliving moments from his life and examining his relationships with basically everyone he has ever known.

Using this dreamlike framing device allows Where the Heart Leads to tell grounded stories in a surreal manner. For example, the first explorable area encompasses the adjacent farms where Whit and Rene grew up. Controlling a teenage Whit, you can fully walk around these detailed environments. Everything that you can interact with – so, every character and certain interactive objects – is covered in mirror-like reflective textures, so they easily stand out. When you interact with them, they never move, but instead explode into mirror-like confetti and reappear in another pose. Whit is both a builder and an artist, and constructing various monuments is a large part of the game, expressed by holding down Square (on a PlayStation controller) to watch materials appear out of nowhere and fall perfectly into place. It’s a visual delight, especially when you get a chance to build something big.

Outside of the psychedelic presentation, the game’s story is gloriously mundane. Whit and his loved ones struggle with work, relationships, rent, growing up, growing old, and all manner of things that make me anxious about my real life. Each character is complicated, be they Whit himself or the guy who runs the tyre shop (oh Rubber Matt), and apart from a few exceptions, I grew to care about all of them. As a result, every time Whit has to side with one party over another, or make a decision about his own life, the choice is always difficult. There are dozens upon dozens of choices to make throughout Where the Heart Leads. Each choice is tough, scary, and juicy, and pretty much everyone impacts the ending in some way.

The ending is fantastic, at least the iteration of it I witnessed. It’s the kind of ending you’ve probably seen elsewhere, but Armature pulls it off spectacularly, giving a fitting conclusion to all these captivating characters, in line with the choices I made. There was a point where I had to put the controller down and have a big cry. Great stuff.

I’m not sure how varied a single playthrough can be (though the trophy list implies some stuff I never got to see), but I cannot wait to dive back in and find out, once my heart can take it.

Most choices unlock new Memories which can be viewed in a menu that can be accessed at any time. These take the form of biographies, newspaper articles, letters, etc, that flesh out these characters and the fictional city of Carthage where they all live. Through the Memories menu, the Inventory menu can be accessed, which shows Whit’s feelings about whatever items he’s picked up. I kept forgetting the Inventory menu was there, which didn’t seem to matter since I never had more than half a dozen things in there at one time, which made it seem a tad redundant compared to Memories.

While the dialogue is superbly written, there is a lot of it (all of which is unvoiced), so I found it handy to have a button to bring up the most recent lines uttered, in case I missed anything. Each dialogue box is colour-coded, and each character has their name written in a different font, so even when multiple characters were speaking I never got confused who was who.

“There was a point where I had to put the controller down and have a big cry.”

My issues with Where the Heart Leads are all frequent, yet minor. Sometimes you’ll get a notification saying a Memory has updated, to find it hasn’t changed at all. I encountered a fair amount of spelling and grammar mistakes in both dialogue boxes and menus, and instances where a character will say the same line twice in a row.

The game’s camera can also cause some trouble. There are three levels of zoom, and the camera can be manually rotated at any time, but these adjustments can only be done to such a minuscule degree, it feels unnecessary. There was a point where I was running around a town for ten minutes, unsure of what to do. I had an inkling I had to talk to a specific character, but I had no idea where they were. I eventually found them on top of a roof, which I only would have noticed on the furthest zoom setting, which I happened to not be on. The game’s automatic camera does a decent job following Whit and turning around corners, but there were a few times it would get stuck behind a tree or a big construction and I couldn’t see where I was. Again, these are minor issues, but I experienced them several times.

During the review period, all the dialogue boxes were sized based on how big a character was on screen, meaning if someone was far away from Whit, I couldn’t make out what they were saying. Surprisingly, Armature patched this out before the game’s release, so now all boxes are the same size (which can be adjusted in the settings). Hopefully some of these other issues will be similarly addressed.

During all the vignettes of Whit’s life, the story stays grounded and realistic, but I still found it thrilling to play through. It’s only in the framing device that the story gets any kind of weird, as Whit tries to climb out of this mysterious, cavernous sinkhole. I’m not going to explain anything that happens with that part of the game (or say how I feel about it), but I will say I can’t wait to talk to people about what they thought of it.

Things happen in Where the Heart Leads that I can’t talk about right now, but I so desperately want to. I want to find out what choices other players made. I want to know who their favourite characters are, and why it isn’t Whit’s tortured artist brother Sege. I want to know what endings they got. Where the Heart Leads is a brilliant narrative adventure that punched me right in my feels. It’s the first foray into the genre by Armature Studio, and I certainly wouldn’t mind them returning to it in the future. 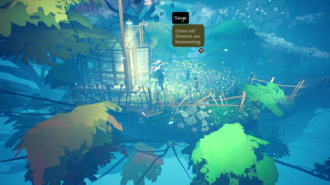 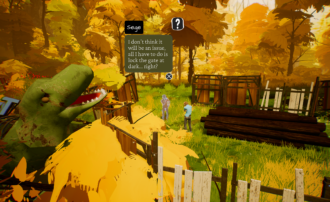 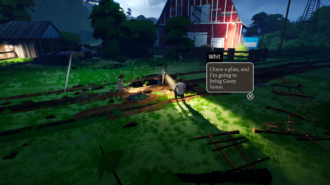 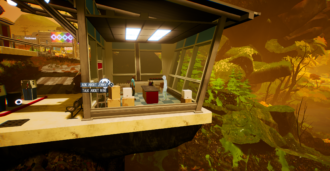 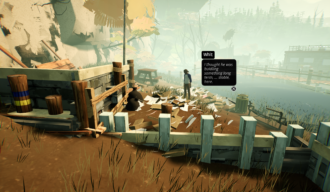 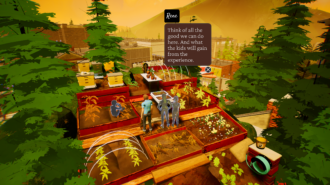 Where The Heart Leads is a terrific narrative game that has you make hard, fascinating life choices on behalf of its characters to create a story that feels your own. It utilises its surreal elements sparingly, instead opting to focus on the realistic personal lives of its many richly nuanced characters. Despite some slight issues with dialogue, menus, and the camera, Where The Heart Leads is a great experience, and a fascinating exploration of issues rarely covered in games.