Black Book is an enticing mix of many different genres rolled into one dark and creepy experience. Focused on Northern Slavic mythology, it tells a fairly compelling story in a “choose your own adventure” style that relies heavily on its foundational deck-building mechanic. At its heart, it is a tale of demons and sorcery that doesn’t hold back on throwing strange terminology at you in the hopes that you’ll keep up – all the while battling a variety of beasties with your deck of spells. Considering Slavic mythology is not something many games have touched on before, it makes Black Book stand out in the crowd, but its many different systems sometimes leave the experience feeling a bit muddled.

In Black Book, you play as Vasilisa, a “Knower” who gives herself to the dark forces as she tries to open the seven seals of the titular Black Book. After losing her boyfriend to Satan, you’ll need to battle evil forces, aid commonfolk and travel across the rural countryside, where humans live alongside mythological creatures. Along the way, you’ll encounter various characters who can assist you or hinder your quest, including a talking demonic cat, of course.

The setting itself is certainly unique, and the development team at Morteshka have unashamedly included many references to this demonic 19th-century landscape. The visual style is striking in its simplicity, with pastel-like artwork, smart use of lighting, and shadowy character models coming together to create a graphic novel-esque sense of wonder and intrigue. The narrative mostly unfolds through back-and-forth dialogue between the many strange characters you’ll come across, with additional flavour text as you encounter certain areas. This gives the game a Dungeons & Dragons “choose your own adventure” vibe, as you’ll often have to make choices that can immediately reward you or land you in trouble with a demon. The story is incredibly well-written, too, with extra detail in the text that, combined with the gloomy backdrop, manages to give a real sense of place in the world. Some of these story beats don’t even give a reward at all, simply there to add to the overall vibe.

Black Book uses a bunch of words that you’ve likely never heard before (starting as simple as referring to demons as “chorts” and then getting more and more foreign). Cleverly, the game allows you to expand on what the word means with the simple press of a button, which is a nice way of staying faithful to the universe and setting without expecting you to understand words you haven’t heard. That being said, there are several skill checks that do test your knowledge and what you’ve learned so far, so skipping through the text quickly isn’t something I’d advise if you want to maximise your abilities.

“…not exploring means potentially missing out on items, useful interactions, battles against demons for extra experience, and additional knowledge…”

The gameplay loop itself is relatively simple on paper, but adds in varying complexities as you go. A map is presented to you with a goal location at the end, and various pit-stops along the way. You don’t need to move beyond the main path, but not exploring means potentially missing out on items, useful interactions, battles against demons for extra experience, and additional knowledge that can help you later. I found straying off the beaten path to always be rewarding and worthwhile, especially considering these paths don’t take long compared to the main quests, and you can often unlock additional paths that were previously hidden from sight.

Beyond the choice-based story sections, there will be areas to explore on foot, where you can investigate to help you solve whichever mystery you’re pursuing and find items. These exploration parts help break up the simple act of choosing locations on the map, but they sometimes felt like a bit of filler, as the area usually clearly marks where points of interest and items are anyway. Then, there’s the real meat of Black Book, the deck-building turn-based RPG battle system.

Combat allows you to draw cards from your book, either defensively or offensively. You always get to go first, and the on-screen indicators let you know what the enemy has in store for you on their next turn, so you’ll always be aware of if they’re attacking (including how much damage they’ll do), or if they’re planning for something bigger later on. The game becomes a combination of planning your tactics and getting lucky with the right hand of cards to successfully navigate each turn, with the ability to use other items for buffs, debuffs and healing.

For the most part, this style of battle system works quite well; there is a range of spells (cards) to add to your deck, and the simple art (black for attack, white for defence) makes it easy to, at a glance, plan your next move. You’ll earn new cards with each successful battle that you can add into the mix, but I didn’t very often feel like I had to go into my deck and make drastic changes, perhaps apart from switching out for more powerful cards. There were times that I was forced to look at my deck-building strategy, however, in the form of some specific bosses that really tested me. The difficulty spikes they provided came off as incredibly unfair, especially considering I’d made the effort to complete every side task prior, building up the biggest arsenal and most experience possible. One, in particular, forced me to reset the entire map so I could rethink my strategy, but because the rest of the game doesn’t hold the same level of challenge, it hit me like an ton of bricks. 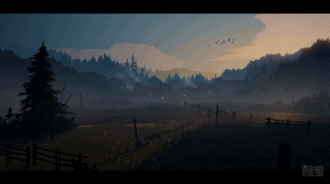 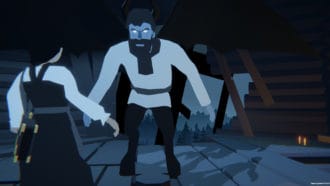 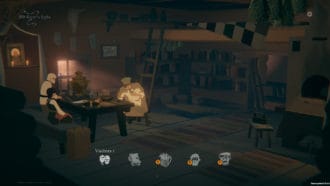 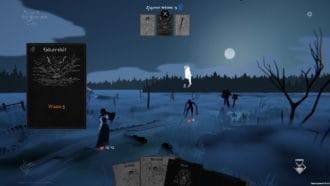 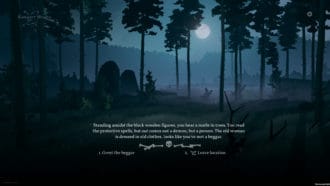 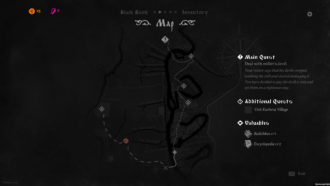 After each map “level” is cleared (with each representing a full day), you’ll return to your lodgings, where visitors can approach to ask for help, offering up other tantalising mysteries. They may also bring you gifts as thanks for assisting them earlier. Additionally, you can send chorts on missions for you, chat with party members or play a game of Durak, a basic competitive card game, which doesn’t offer any reward other than a bit of distraction from the dark tidings of the rest of Black Book. Enlisting the demons to do jobs for you is another layer that often just results in a bit of basic chort-management. They will each have a job preference geared around causing mischief, and if you don’t give them jobs to do, they will torment you and add a debuff to your journey. The jobs range from “attracting a married man to his wife’s friend” or perhaps causing a hailstorm or stealing milk from a cow, but essentially it boils down to assigning them a task to keep them busy.

You also have allies that can be helpful on your journey, but also potentially not. They aid you in battle by giving you an extra ability that can definitely be useful, but they also can have an impact on the choice-based mechanics and other characters you’ll encounter. An early ally is very headstrong but not very knowledgeable, so he can’t really help you with some of those aforementioned skill checks, opting instead to answer with his fists first. I like that Black Book is not “clear cut” in its decision process; oftentimes there isn’t an obvious right or wrong answer, and the game doesn’t let you simply “try again” if you make a mistake. There are consequences to the choices you make, and you’ll have to live with them.

Black Book really does try its best to bring its mish-mash of systems and narrative components into one cohesive game, but it doesn’t always succeed. Across seven chapters, the game can feel a little bit drawn out at times. Battles, while interesting enough, often fall into a bit of a rhythm where tactics aren’t a big deal except for the occasional tough boss. The demon management system is just another layer that feels tacked on, and did there really need to be a card game added in for good measure? The lengthy experience with additional bits and bobs can be a lot to take in, but the adventure can still be distilled down into something special if you’re willing to spend the time.

Black Book is a bewitching combo of deck-building RPG and D&D-esque storytelling, with a bucket load of ideas where some work better than others. With some refinement and editing, Black Book could have been a must-play release. Without it, it’s still an intriguing mix of gameplay systems that is bolstered by its striking visual style and incredible attention to detail with its Northern Slavic mythology and well-thought-out story-telling. It’s definitely like nothing else I’ve played this year, which is worth celebrating. Despite its shortcomings, I couldn’t help but be under Black Book’s unique spell.