It’s almost redundant at this point to say that Kena: Bridge of Spirits is bloody gorgeous. Coming from an animation background, Ember Lab took our collective breath away with the announcement of this Pixar-esque beauty that combines platforming, puzzling and action combat with a touching story and an adorable army of little creatures following you around, at your command. Collectively, Kena: Bridge of Spirits doesn’t bring anything crazy-innovative to the table, but it’s an incredibly solid adventure with a lot of heart.

The story follows the titular Kena, a young spirit guide who uses her magical abilities to help deceased people move from the physical to the spirit world. Kena herself comes across as incredibly likable, and all characters are beautifully animated; their eyes in particular are so expressive, it makes you instantly empathetic to Kena and the spirits she meets along her journey. Throughout, you’ll meet a handful of spirits who are in need, and their stories are all touching and a little bit tragic. I felt warm and fuzzy inside as I helped them in their plights; I wish there were more of them, considering the structure of the game means that you only intimately get to know a few.

It’s a shame that Kena herself doesn’t get a lot of backstory for us to really connect with her and understand who she is. She seems lovely, and is clearly a good person, eager to help these spirits move on in their afterlife by resolving their conflict, but apart from one late-game cutscene that alludes to a sad past, I finished the game not feeling like I knew her particularly well as a person. If there’s more Kena adventures to look forward to in the future, I’d love them to go into a bit more depth so that I feel more connected to her as a protagonist.

Throughout Kena: Bridge of Spirits, you’ll encounter little adorable black creatures known as Rot, who are much cuter than their name suggests. These spirit companions accompany you throughout the game, allowing you to complete puzzles, aide you in combat and cleanse the world of the darkness that is consuming it. They’re hidden everywhere, encouraging exploration to find them and add them to your delightful little army, and their constant presence will make you feel a lot less alone as you explore the detailed, yet mostly empty, environments.

“…I spent a reasonable chunk of time choosing the right hats for my little Rot dudes. Some would say too much time.”

They follow you around everywhere, but they also pop up randomly in most locations wherever you stop, and you can sit down and play with them. I loved entering an abandoned house and seeing them sitting around the place, in teacups, on bookshelves, just chilling out and happy to be with you. An additional collectable which is purely cosmetic allows you to choose which hats they all wear, and there are plenty to find (and then purchase with the plentiful in-game currency). While it doesn’t give you any gameplay benefit, I spent a reasonable chunk of time choosing the right hats for my little Rot dudes. Some would say too much time.

Beyond being adorbs, the Rot are pivotal to the gameplay and are the real point of difference that separates Kena from other titles in the genre. Directing them on what to do is as simple as aim and trigger; in terms of puzzling, they can move objects for you to allow access to other areas and pick up statues to earn you more karma that can be earned to get new abilities. This allows you to uncover secrets in the world, and you’ll find yourself often rewarded for straying off the beaten path.

Where they truly come into their own as a gamechanger is when it comes to combat. You’re relatively limited with Kena and what she can do in battle, with some light attacks, heavy attacks, a shield and a dodge not evolving particularly much throughout. Eventually, you’ll unlock a bow and arrow which can help give you some distance from a crowded battlefield to save you getting overwhelmed, and arrows recharge which means you don’t have to worry about stocking ammunition. You also access a dash later that can be used to bump back and stun opponents. The Rot are what makes combat really ebb and flow; you’ll need to charge their abilities by causing damage, and then you can use them to distract enemies, leaving them very vulnerable. They can be infused into brief special weapons like a hammer that does massive damage, or become bombs and arrows that can force enemies to move in slow motion for a brief period. 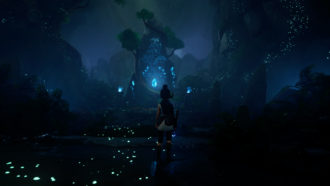 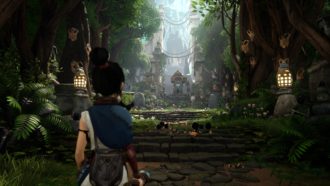 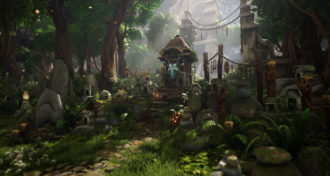 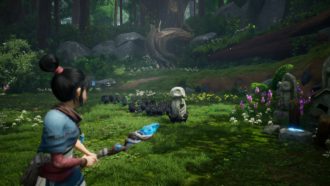 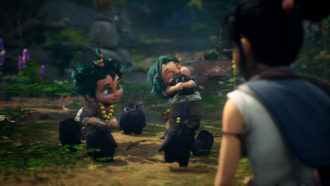 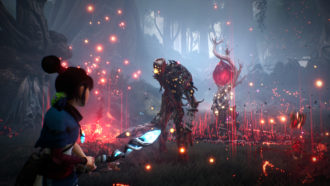 While combat starts easy enough, later battles will really test you, and effectively combining the different tools in your arsenal and learning enemy weaknesses becomes crucial and satisfying. Some of the boss battles are freakin’ brutal too. Don’t let the games pretty visuals fool you, as I was pushed to my limits on several occasions, dying and learning how to counter specific abilities, learning their attack patterns and really turn the tide with my Rot abilities. I’m not saying it’s Dark Souls level, but they absolutely will test you (and one or two I’d go as far to say felt a bit cheap and unfair).

Kena: Bridge of Spirits overall strikes a pretty good balance between the three core components of platforming, puzzling and combat, but it is somewhat lacking in variety or reason to truly explore. All of its components are competently made, but it’s lacking a bit of spark in its overall mission design. Unlock access to a new area, complete three puzzle-based tasks that often lead to a mini-boss, then take out the final boss to finish the arc. It’s a little rinse-and-repeat, and would have benefitted from some newer ideas, along with a bit more meat on the bone; the game ends somewhat abruptly, and I wanted to help more spirits; even just one more would have fleshed things out a bit more. 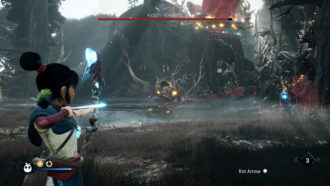 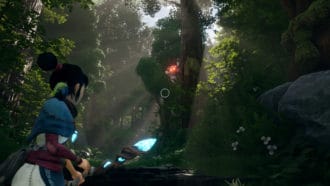 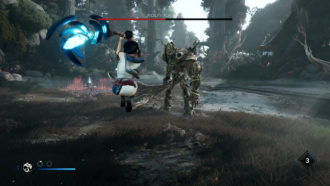 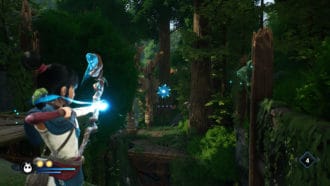 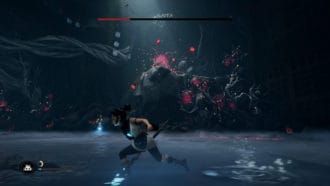 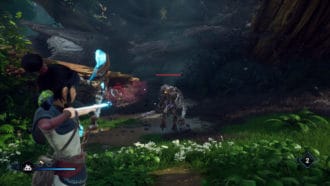 I also wish I had some better reasons to comb through the gorgeous environments for collectibles that had some more meaning. The main two things you’ll encounter most from discovering secrets are the previously mentioned cosmetic hats, shrines that give you currency to buy more hats, and Spirit Mail which must be brought back and delivered to the mailboxes in the village. But once you get the spoils within, most of it leads to more of the same. More hats. There are Cursed Chests that come with monster-based challenges (like defeating a certain number within a certain time limit) but the rewards for completing them don’t change. The only bonuses truly worth seeking out are meditation points, which increase Kena’s overall health, but even then, these are usually given as a reward directly after each major boss anyway.

Don’t worry, I’m not going to finish this review without talking about the visuals, which really are incredible. Ember Lab have a history of making animated shorts since 2009, and their expertise is on full display here. I’m not exaggerating at all when I say that Kena: Bridge of Spirits might actually be the most beautiful video game I’ve ever played. Cutscenes are an absolute stand-out, rendered beautifully to rival that of a modern Disney movie, with strong characterization and colourful magic baked-in to its visual DNA. But even exploring in-game is a joy, complete with a pulse that you can trigger to cleanse the world and cause a literal ripple effect, bringing life back to the world around you. The visuals elevate a good game into a great one, making it a fantastic piece to show-off modern hardware and appeal to all ages with its polish and style.

I felt enamored with Kena: Bridge of Spirits throughout the entirety of its gorgeous adventure, but its gameplay and exploration doesn’t fully match the high expectations set by its stunning visuals. It’s got some solid combat that has just the right amount of challenge, some clever puzzles itching to be solved and plenty of nooks and crannies to explore. But the rewards for curious exploration aren’t always that exciting, and I wish I’d had more time getting to know the likeable Kena herself before the credits rolled. Still, Kena: Bridge of Spirits is a captivating and well-made affair with a big heart, and will surely scratch an itch for many gamers keen on taking part in a touching journey through one of the prettiest worlds ever created.