An evil empire, slaves forced into hard labor, a jailbreak of epic proportions… these are some of the key ingredients to any good JRPG’s opening hours, and throw in a dash of main-character-amnesia, then Tales of Arise has stuck the landing and got me hooked. The first game in the long running series since 2016, Tales of Arise is a beautiful, traditional, and downright fun JRPG that brings the “Tales Of” series into the 2020s and continues the JRPG renaissance that we have found ourselves in for the last few years. Having only played Tales of Berseria previously, but having watched plenty of Let’s Plays and highlight reels from other titles in the franchise, I was pleased to find that Tales of Arise is a fun adventure through a colourful world, filled with likeable characters, frantic action combat, and an evolving narrative that kept me interested through the 35 – 40 hour romp.

Tales of Arise follows Alphen, a slave who’s lost his memory and identity, on his journey to free himself, and his fellow Dahnan’s, from the evil clutches of the Renan empire. Once a land of green beauty and peace, Dahna was invaded 300 years prior to the events of the game, and was transformed into a resource mine of Astral Energy, a magical substance that grants power and fuels the technological advancement of the Renan empire.

The blend of future tech and medieval sensibilities make Tales of Arise familiar and somewhat comforting in today’s modern JRPG landscape. Much like the PS1 Final Fantasy titles, and even Nier, this “future-feudal” (patent pending) world design feels lived in, contextually appropriate, and conceptually intriguing.

Throughout his journey Alphen slowly starts to remember things about his past, and learns more about the world and the ongoing conflict between the twin worlds. The cast of characters met throughout Tales of Arise is made up of well-realised, if heavily white washed, individuals who each have their own motivations, biases, and complexities that paint the narrative tapestry with rich detail and engagement.

I often find in JRPGS there are definite stand-out characters; those who’s backstory are a bit more detailed and who’s motivations and character depth are better depicted than the others. In Tales of Arise, I actually find it hard to pinpoint which character resonates most as the “stand-out” party member. Of course, Alphen is the hero of the story, but with each new party member introduced there is a new layer of complexity added to the plot that in the end, the entire party of 6 heroes is the protagonist of Tales of Arise.

Indeed, this is one of Tales of Arise’s biggest strengths. From the emotionally volatile Law, son of a rebel leader killed by the Renans, to Shionne and Dohalim, Renan defectors who see the evil that is being done to the subjugated Dahnan’s, yet struggle to come to terms with their heritage conflicting with their hearts. Then there is Rinwell, a rare Dahnan mage who can tap into the Astral Energy to cast magic, who’s family was killed for being gifted in this way by a Renan lord, and then Kisara, attendant and bodyguard to a Renan lord who joins the party in hopes to avenge the death of her brother.

“…there are many instances of tension, arguments, celebration, and grief between these 6 heroes…”

Throughout, there are many instances of tension, arguments, celebration, and grief between these 6 heroes, and these moments are far and away one of the best aspects of the game. Too often JRPGs become set-piece and boss galleries, with character depth and drama pushed to the side in favour of visual amazement and wonder. Thankfully, Tales of Arise places an importance on characters and relationships, and the experience is all the better for it. 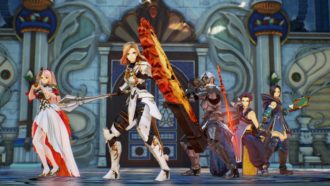 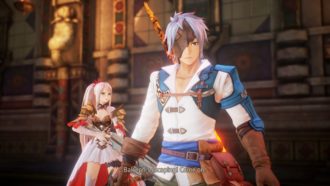 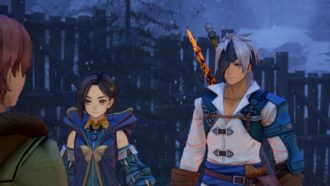 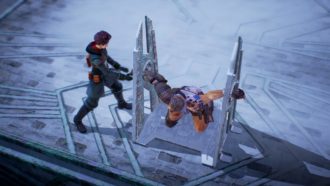 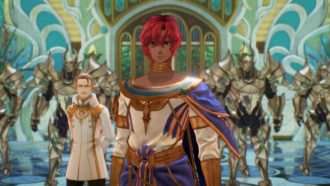 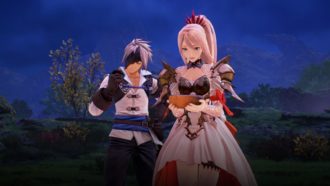 “As your characters grow in strength, they are able to access new techniques, or Astral Artes, to deploy during combat for some devastating combos.”

The moment-to-moment gameplay of Tales of Arise is dominated by the frantic action combat. As your characters grow in strength, they are able to access new techniques, or Astral Artes, to deploy during combat for some devastating combos. At higher levels, the combat arenas are a visual minefield of explosions, beams of light, and swirling magical energy… so much so that sometimes it was easy to get lost in the chaos. Learning the ins-and-outs of combat is essential to succeed in the game, as it can be quite challenging, so I’m glad there is a graphical feast on offer as well.

Each character has their own unique combat ability to deploy once their meter in the bottom left of the screen is filled. From straight up amplified damage abilities, to ensnaring enemies in place or smashing their shields and armour to pieces to inflict greater damage, learning how each character’s ability is best utilised in combat is strongly recommended. Taking down enemies is made easier by building up their “break meter”, and once this is filled you can deploy a joint attack between two party members, which is more often than not an instant kill, and each has their own small cutscene that shows the devastation and massive impact that each one delivers.

Tales of Arise is a stunningly colourful game, with each of its locations featuring a specific landscape and climate style. The textures melt off the screen in a dazzling display of lush greens, shimmering blues, and blazing reds – deeply connecting the visual style to the biomes featured. The game runs exceptionally well on Prioritize Framerate mode, which I highly recommend players select for their time with Tales of Arise. The other option, Prioritize Graphics, introduced a litany of framerate issues and screen stuttering that completely disrupted the flow of the game for very little noticeable change to the visuals. I feel like this is common sense by now; most games just feel and even look better when everything is running buttery smooth, but I felt it was worth a mention for those looking to squeeze more out of the graphics.

Where I feel the game loses it’s way is in the variety of visual styles competing for attention in the game. 75% of the game is presented with the in-engine graphical style; cartoonish character models that are the Tales Of series go-to and aren’t too dissimilar to the likes of Persona. Then there is the interstitial moments between characters, such as at campfires or optional dialogue sections, and these play out like a visual novel, very similar to another game I recently reviewed NEO: The World Ends with You.

Finally, there is also cutscenes done in an anime style that seems reserved for the really impactful and important scenes. While these are impressive and really capture the viewer’s attention, I feel that so many competing styles gave a sense of lacking cohesion across Tales of Arise as a whole. 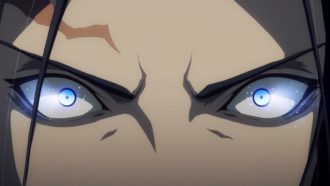 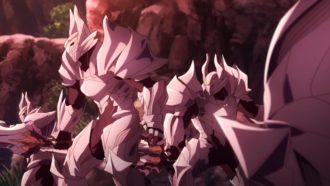 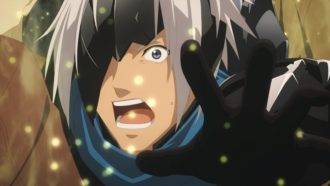 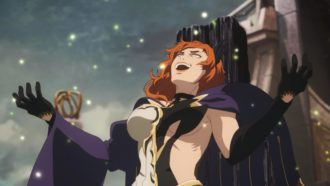 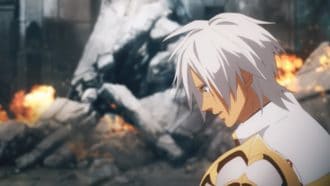 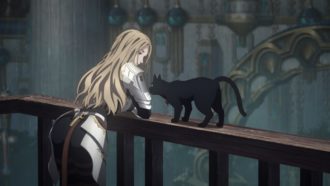 As is standard in pretty much every RPG ever, there is a smorgasbord of side content activities to dig into when you want a break from the main plotline. You can manage a ranch and raise livestock to produce food, that can then be used as part of the cooking system, which is borrowed (outright stolen) from Final Fantasy XV, possibly the game’s biggest influence and peer.

Again, like FFXV, there is a deep fishing minigame which enables you to catch new creatures to be used for cooking or simply to flex that you’ve caught the biggest Dahnan Bass. One of the quirkier side activities is the Owl Sanctuary, a secluded secret space to fill by finding different coloured owls hidden across Dahna, each with a unique accessory to collect that can be equipped on your character’s as a costume, such as devil horns, or wolf tails.

There’s a rich weapon and accessory crafting system that uses materials you’ve collected from enemies, mining points, and side quest rewards to create powerful gear to help on the journey. Additional to all this there is, of course, a plethora of side quests to do for citizens around the world, but most of these fall into the stale “fetch this, kill that, cook me this, craft me that” formula that does get old quickly. Nevertheless, there is enough to do in Tales of Arise to keep even the most veteran of RPG gamers occupied.

While Tales of Arise isn’t perfect by any means, it is a meaty, colourful, and engaging game that I think should be on any self-respecting JRPG fans must-play list. Mastering the action combat is a thrilling and rewarding experience, as is the satisfaction of finding rare materials to craft with or taking down massive beasts for big rewards. The overarching plot is richly detailed, filled with twists and turns that will keep you interested, all while embarking on the journey with a party of well-realised characters. With some minor flaws found in the game’s competing visual styles, graphical options, and side quest content, I think there are more than enough positives to be found that Tales of Arise could easily end up being one of the best RPGs released this year.