Square Enix as a video game publisher and developer have existed for over thirty-five years at this point. Final Fantasy, Dragon Quest… they’re behind so many known and beloved franchises. Admittedly, I wasn’t alive at the time of the studio’s infancy or golden years. Naturally, there’s then going to be some titles I’ve missed in the studio’s long lifespan. SNES title Actraiser is one of those. When I first learnt of the title through the recent announcement of the remake Actraiser Renaissance, I was eager to get stuck in. Though many times I couldn’t help but be conscious of the not-so-great ways the game has aged, it has still quickly become a guilty pleasure of mine.

Descending to aid those who believe

Actraiser Renaissance will see one playing God. Literally. Players control the Lord of Light, a heavenly figure descended from the heavens to aid believers in small cities, hoping to expand. Throughout the game, you’ll be helping upwards of six cities across a continent, building them up through a population of two to one of the hundreds, making each one more bustling than the last. However, with that journey of growth comes its own challenges. Fighting off waves of demons and the struggles of resource management ensue. It’s a chaotic world Actraiser has built for itself. Only you can fix that.

This is where it’s easy to witness just how Actraiser is a bit of a sleeper hit in Square Enix’s longstanding catalogue. It’s essentially in part two games. In the fifteen or more hours you’ll be experiencing, gameplay comes in the form of both 2D action platforming segments and (more largely) city-building elements. The former occurs upon entering and ending your time with a region, along with the periodic storming of dungeons that serve as spawners for the demons you’ll be fighting on the surface. It’s a little stiff movement wise but that’s to be expected from an original SNES title. Footing and being conscious of your hitboxes will be important here as you swing your sword and cast spells. Succeed well enough in an area and your completion will come in either the removing of a monster spawner or defeating a great, big bad boss. Picture a Ghosts ‘n Goblins type deal, only not as hard. Of course, it’s the city-building elements where Actraiser Renaissance truly thrives.

City planning comes with an isometric view. When in this overworld, viewing these developmental moments, the Lord of Light is resting in their home amongst the clouds. Thousands of metres down below, you’ll get to control just how a town gets built with the assistance of a friendly Angel. Enter upon a region and all that initially will be developed will be a temple at the land’s heart. Players then get to map out roads, creating typical grids across different environments to prompt more believers to move into the town and create appropriate buildings to obtain the required, be it industrial buildings or farms. The problem here that will undoubtedly test some is that players can’t control what buildings are established, when or where. The townspeople will make it up as they go.

Both a waiting game and a trial and error process can come from this. Sometimes the townspeople having a mind of their own results in a city having more of a type of building than is needed, potentially shortening your required quota of local folk to complete a quest. There certainly are ways around this and means to rebuild, but it will be testing for the less patient.

However, players do still have control of a number of things. Fortifications such as towers that deal either bow or magic area of effect damage or gates are crucial and should be sparsed out accordingly. These will do well to both dispatch and slow the waves upon waves of demons that’ll be raiding your towns. Meanwhile, each region comes with a prolific hero that you can place wherever you like during those nasty raids. While unable to control their attacks, the differing types of heroes (be it closed combat or ranged), are a good fit for also being crowd control. Come to the late game and you’ll be able to summon multiple heroes at once, spreading them out across the relevant region’s map to handle the busy screen you’ll soon find yourself having.

“…Actraiser Renaissance has quickly become a guilty pleasure of mine.”

As a last saving grace, players can use their heavenly powers (otherwise known as miracles) on the battlefield. What this means is you can command your angel to send down rain, lightning, harsh winds and the like to wipe out your foes that little bit faster. Additionally, it’s a method of wiping out your city’s structures and starting anew. This is an immensely welcome function for those moments. If all else, playing God in practice is admittedly appealing, maintaining control over a dominion and swiping away those that oppress me. I’m the King, baby!

Consider a majority of Actraiser Renaissance’s gameplay and this is where it becomes a difficult recommendation for all. In your gradual ruling over each region, quests, main and otherwise, are assigned to the player which involves meeting certain quotas. Building the population up to X amount. Place X number of forts. You get the gist. While completion of these tasks nets players with plenty of stat upgrades for their heroes and Lord of Light, it’s evidently a constant moving of goalposts. This gameplay loop worked for me and the gaming mood I’ve been in recently, but with all the big releases out this year, it’s frustrating how little your time will be respected here. 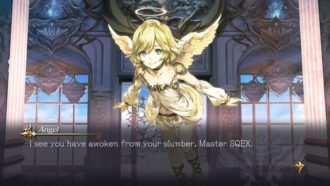 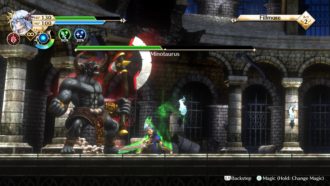 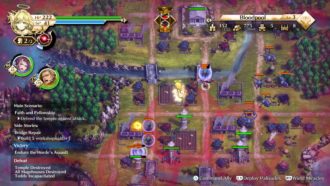 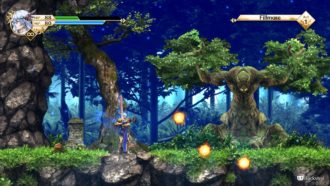 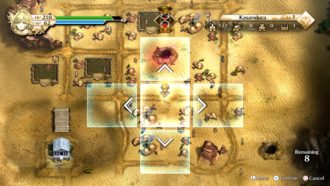 The good and bad of a classic video game remastering

Bluntness is needed here. A lot of the visuals that come with Actraiser Renaissance are downright rough. This mostly applies to the levels that have players on a 2D plane. Characters on the screen, whether it’s the Lord of Light themself or your enemies, are incredibly detailed but show off this weird, grainy appearance. It comes across as visual fidelity that was intensely downgraded to match and play on the current systems they’re running on. The only issue there is, it never was nor should it really be a graphically intensive game. This quality also worsens the higher the resolution screen you play on. Docked or undocked on the Switch, these segments are ugly to play and leave the character models looking like weird, mismatched cutouts in comparison to their environments.

There is good news. Going all-in on the dialogue moments of the game that see interactions with character sprites in a visual novel style has worked out incredibly well for Actraiser Renaissance. The attention to detail here almost makes up for the other weaker visuals. From colouring to costume design, you’re set with a good idea of this world and the role people play in it. A lot of the heroes are visually captivating in this, whether that’s loner mage Daniella or cocky fantasy cowboy(?) Alonso.

That’s the other thing. Actraiser Renaissance may not have overly strong or even identifiable beat for beat narrative moments. However, if you take a closer look and don’t skim over the unvoiced dialogue, you’re rewarded with some pretty great exchanges. Deep moments include the troubles that come in this world with those that are questioning (or have lost) their faith. The main cast of heroes each has their own unique motivations going for them. On top of this is a stellar, blockbuster fantasy soundtrack that many a Square Enix game has been known for over the years. It’s just a shame you have to rifle through some tough stuff to get to the real solid meat on offer.

Actraiser Renaissance certainly is a SNES remake for better or worse. The 2D parts of this game have been remade poorly in regards to mechanics and visual fidelity. The gameplay loop of varying between action platformer and city-building sim did get its hooks in me but will be a harder sell for others. While it proves difficult to remain a strong recommendation, there are nuggets of character dialogue gold in there that are worth seeing through. On top of that, the visuals and music that come with these moments are special and remain evident why this is such a cult classic. If all else, I’m glad I got to check out a deeper cut in the Square Enix catalogue. Flaws and all, it’s at the very least got some heart.