While Lemnis Gate comes with smooth and stunning graphics, what immediately stands out the most about the game is undoubtedly its core gameplay formula: at first glance, Lemnis Gate seems to deliver a shooter game in the vein of Splitgate and Overwatch that revolves around defeating your opponents in short strategic matches. Just like Overwatch, Lemnis Gate comes with different modes and various characters to play as, all with different strengths and drawbacks. In total, there are seven characters to choose from: Toxin, Striker, Vendetta, Deathblow, Rush, Kapitan, and Karl. Nicknamed ‘operatives’, each character comes with a different loadout that can help you turn the tide of battle. While Striker is a sniper with deadly aim, for example, Deathblow comes with a high-damage bazooka and Toxin comes with lethal bioweapons.

So far, this is pretty standard for the genre. However, there’s one big difference that sets Lemnis Gate apart from other games: you and your opponent play in bursts of five short rounds that take place within a time loop. This means that you’ll be combatting your opponents in real-time during a round, as well as your opponent’s characters from previous rounds. Confused? Don’t worry, I was too.

Practically, the setup of a battle in Lemnis Gate is as follows: you and your opponent take turns playing a 25-second round. During a round, you’ll have the option of selecting one of the game’s seven operatives and having them perform an action on the game’s map. While your opponent takes their turn, you’ll be able to control a drone to observe which operative your opponent places on the map and what they decide to do. Once you’ve placed a character on the map during a round, that character will keep appearing throughout the remaining rounds in ghost form, performing the same actions for every remaining round. This means that across five rounds, you’ll have to place characters on the map to achieve your goal and mount a strategic offence across four rounds that interrupt your opponent’s current and ghost characters.

While initially, I found myself plonking characters on the map without giving it much thought, it quickly became clear that Lemnis Gate becomes more tactical with each round. Not only do you have to build up your own army of operatives to collect enemy items and destroy resistors, but you’ll also have to make sure your opponent’s ghost operatives from previous rounds are being intercepted when they’re trying to steal or destroy your items. While the gameplay can be fast-paced and visually reminiscent of games like Overwatch, I found that in reality, it aligned more closely with solving a puzzle. You’ll find that designing a strategy around your opponent’s every move and examining the battlefield closely between rounds is key if you want a shot at winning a game.

“While initially, I found myself plonking characters on the map without giving it much thought, it quickly became clear that Lemnis Gate becomes more tactical with each round.”

Having seven different operative classes to choose from mixed things up nicely, too; I often caught myself looking for the perfect class to intercept my enemy in the first ten seconds of a round while also being able to land a shot at an enemy item from afar, for example. Once I’d figured out a few strategies to fall back on, I found that Lemnis Gate felt a lot more like playing a jacked-up version of chess than a few rounds of Overwatch or Valorant. On top of this, Lemnis Gate’s different game modes help to keep things interesting. Some modes do start feeling a bit stale after a while, but when I switched over to another mode, it helped me reengage with the game.

There are plenty of gameplay formulas to choose from: you can play a traditional deathmatch, where you have to take out as many of your opponent’s units as quickly as you can; there’s a timed domination mode; a seek and destroy mode where you and your opponent each have five resistors and you’ll have to destroy your opponent’s ones as fast as you can; and a retrieval mission, which is a clever reimagining of capture the flag. Combined with Lemnis Gate’s signature time loop mechanic, these modes were a great way to try out different strategies and learn how to build up different synergies through my gameplay. Added to this, Lemnis Gate has several different maps which varied the experience, both visually and gameplay-wise. 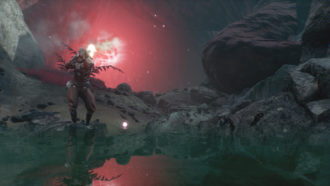 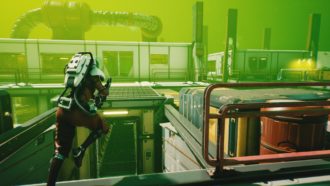 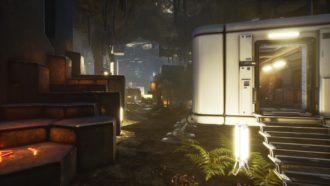 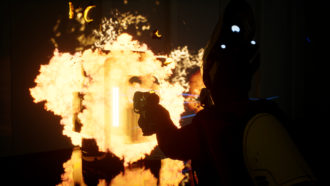 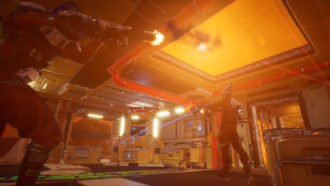 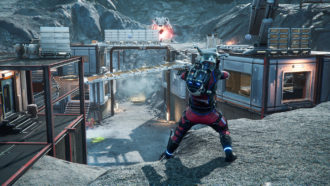 The only thing that Lemnis Gate didn’t really offer was story. When I first booted up Lemnis Gate, I was ushered into a tutorial that showcased the mechanics clearly and explained the game’s core concepts well, but I had little to no clue why my character was performing certain actions within the Lemnis Gate universe. Story-wise, being able to switch between different characters at will doesn’t help a lot either. While this didn’t bother me hugely, I did often wonder about the story behind the universe. Games with the same casual setup — like Portal or Splitgate — don’t necessarily offer a hugely intricate world, but usually, there’s enough narrative framing to make the overall gameplay that bit more immersive.

That said, though, Lemnis Gate is clearly aimed at fans of casual gameplay that comes in short bursts and rounds; if you’re a fan of this kind of format, Lemnis Gate has it in spades.

Lemnis Gate has some interesting FPS and time loop mechanics that make for engaging strategic gameplay. While it might not come with a thrilling story, it does deliver a unique gameplay experience that will be enjoyable for FPS and strategy fans alike. Some of the game’s modes do start to feel repetitive after a while, but Lemnis Gate comes packed with four modes, different match formats, and several different characters to keep things interesting. If you’re a fan of the casual FPS format typical of games like Overwatch or Apex Legends but are keen for something new, Lemnis Gate will provide plenty of entertainment.