Revelling in an eerie Tim Burton-esque style, Tandem: A Tale of Two Shadows, developed by Monochrome Paris, uses its surreal and detailed design to create visually unique puzzles that force you to utilize the entirety of each level. Steadily introducing new ideas across the 5 different regions—the Gardens, Boiler Room, Clockwork, Kitchen and Greenhouse—Tandem keeps you interested through its innovation but struggles to fully realise its potential.

Set in Victorian London, you play as Emma, a young girl set on investigating the disappearance of Thomas Kane, son of an illustrious Magician. Her investigation leads to a suspicious and strange Manor, where she meets a live teddy bear named Fenton. Convinced Thomas Kane is inside, Emma and her new partner Fenton explore the manor in hopes of finding him.

Tandem creates a unique puzzle platformer experience by alternating gameplay styles through Emma and Fenton. While controlling Emma, you are locked into a top-down view that focuses on pushing and pulling objects, evading enemies, opening locked doors and creating shadows for Fenton to walk on, by any means necessary. In contrast, Fenton is confined to a black and white side-scrolling view of the same level that focuses on precision platforming and locating the exit.

The interconnectivity of these two styles creates a gameplay loop that is polished. Your actions have direct outcomes on the opposing plane and time is delegated equally between the two characters. Both Emma and Fenton play an important role in completing each level, which can be attributed to the masterful level design that leaves no action insignificant.

Stalking spiders, pipes filled with tar, exploding gears, cannibal cubelings, light manipulation–each region has a unique set of mechanics and enemies that are generally explored within 10 levels. The steady stream of new ideas means the gameplay loop never becomes stale or repetitive, but unfortunately, as a trade-off, the game struggles to build difficulty and challenge. Each region introduces a new set of mechanics that must be taught and understood, which therefore doesn’t leave enough time for their potential to be reached. When you arrive at a new region, the difficulty is reset, which implies a casual playing experience that contradicts the tense and creepy tone of the overall game.

Half of the charm and originality of Tandem, aside from the gameplay loop, can be attributed to its stunning visual design. Seemingly Influenced by Tim Burton and Alice in Wonderland, Tandem is wrapped up in a surreal yet deeply disturbed style. The manor has a child-like appearance with the presence of toys, cute characters, dolls and puppets, but it lends to a creepy atmosphere with its dimly lit rooms, broken furniture, cobwebs, and black thorns and spikes crowding the outskirts of the screen. Tandem is determined to pervert child-like fantasies into nightmares. However, despite this, it still manages to remain beautiful because the architecture is inspired by Victorian-era steampunk. 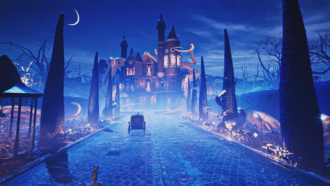 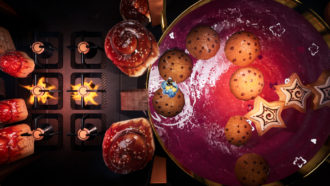 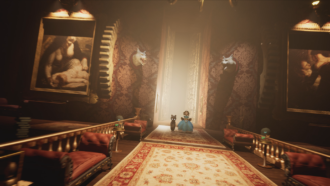 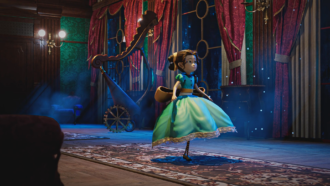 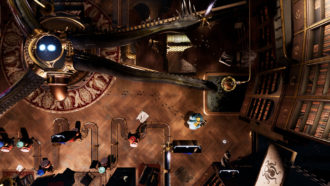 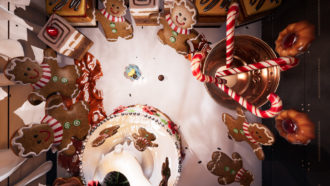 Additionally, Tandem implements an ingenious use of Chiaroscuro—the contrast of light and shadow. Negative and positive space is manipulated in each level to create platforms, solve puzzles and obscure vision of enemies. The Dutch Golden Age of painting served as a prominent inspiration for Tandem’s level design, because just as the contrast of light reveals certain objects and paths in each level, the shadows in Dutch paintings identify the importance of the subject in its given scene.

“We are fascinated by the late 19th century, which was one of the most creative and innovative periods in history.” — JB Grasset, Developer of Tandem.

Unfortunately, the game’s narrative struggles to exhibit the same polish as the graphics and gameplay. Tandem relies on the single plot point, finding Thomas Kane, to carry the narrative’s momentum. It lacks any meaningful character development and plot progression until the last scene, which makes the ending unsatisfying despite its plot twist. Very little is explained about the world, its magic and Emma’s intention, which makes Tandem difficult to connect with.

It’s clear the narrative of Tandem: A Tale of Shadows is a backdrop for the style and gameplay, and despite its dissonance, Tandem remains an incredibly innovative and progressive entry into the puzzle platforming genre. With its surreal ideas and visual design, Tandem isn’t afraid to try new concepts; however, due to its scope, the game is unable to reach higher levels of difficulty.

Tandem: A Tale of Shadows marries surreal graphics and unique gameplay to create a truly immersive and visually compelling game. Switching between a top-down and side-scroller view, Tandem is sure to keep you interested with its plethora of interesting ideas and mechanics. If you’re looking for a narrative-driven game, you might want to give Tandem a miss, but if you were after a unique and fresh puzzle platformer that won’t force you into a fit of frustration, then Tandem: A tale of Shadows is perfect for you.