Bright Memory: Infinite started its life as an Early Access release by the name of Bright Memory on the PC before making its way to the Xbox Series X|S as a console launch title. Made impressively by a solo Chinese developer by the name of Zeng “FYQD” Xiancheng, Bright Memory was praised for its incredible graphical fidelity and smooth FPS/action gameplay whilst being criticised for its short length and nonsensical storytelling. Released now as an expanded and complete product, Bright Memory: Infinite succeeds and fails in many of the same ways as the original.

You play as Shelia who’s part of a militaristic research team caught up in a strange phenomenon. A black hole appears in the sky and Shelia is finding herself navigating dimensional rifts that are pulling ancient sword & shield-wielding soldiers in from the past. It’s a strange occurrence that generates some mystery but it never feels as though it’s explained or explored to its full potential. Regardless, it’s a showpiece for Bright Memory: Infinite’s fast-paced action combat and staggering next-gen appearance.

The game truly is a sight to behold. Bright memory: Infinite displays all the bells and whistles you’d expect from a AAA-developed, big-budget, next-gen game. Truly incredible for the work of a solo dev. The eastern-inspired architecture and natural flora are beautifully depicted with roaring winds and weather effects giving the game life and movement. Wading through waist-high water as lilypads bob up and down in the current, rain whipping past your face, and foes taking aim from lovingly ordained walkways above – the game is an absolute visual treat. Some animations such as the spawning of ancient enemies don’t quite live up to the same vibrant standard as the rest of the experience, but those slightly underwhelming moments get quickly washed away by the next stunning set-piece.

“The eastern-inspired architecture and natural flora are beautifully depicted with roaring winds and weather effects giving the game life and movement.”

Bright Memory: Infinite will have you fighting foes with gun and sword through gorgeous temples, flooded canals, and on the wings of falling planes. At roughly 2 hours long, the game is definitely on the shorter side, but that doesn’t mean it isn’t able to explore a good breadth of different and engaging environments. The world around you is stunning although admittedly it’s a little limited. The scenery you’re able to take in is infallible, but high walls and linear design structures mean there’s not as much to the space around you as it may first appear.

Modern games, even linear ones, have learned to facilitate more diverse design principles that allow for at least a little bit of exploration and pathing. Infinite instead feels a little dated, with ammo and upgrades “hidden” in small alcoves off the main path. It’s not a terrible thing by a long stretch, but after a while, your limited pathing options when it comes to combat encounters becomes noticeable. 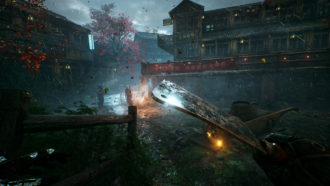 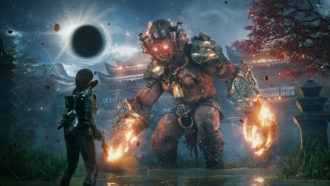 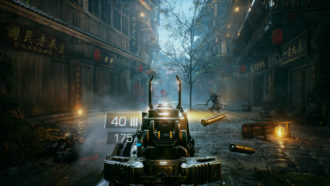 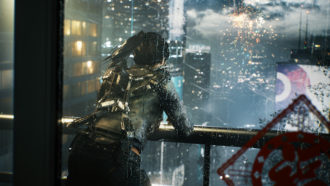 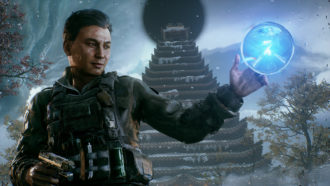 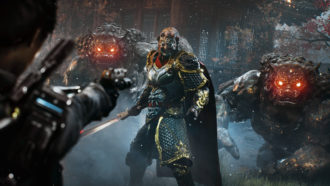 Gameplay itself feels like a rather satisfying and unique blend of traditional first-person shooting alongside a more arcadey hack n’ slash style. It’s like Call of Duty meets Devil May Cry. You’ll find yourself stringing together combos mixing gunplay with swordplay and naturally bouncing between the two as ammunition or energy depletes. Juggling foes in the air is possible, as is grappling and a few other equally stylish manoeuvres that unlock and upgrade through play. I quite enjoy Bright Memory: Infinite’s combat, giving the player the tools to approach an encounter in whatever style suits them best whilst naturally encouraging players to elegantly switch on the fly. You can also block enemy attacks with a well-timed button-push, a move I found particularly useful in more daunting boss fights. It is worth noting that heat vapours rise from your gun barrel after shooting, a cool visual effect but one that annoyingly obfuscates your vision when lining up your next shot. It’s a small nuisance in what is an overall solid shooter.

“…daunting, god-like figures proving to be intimidating and worthy adversaries.”

Boss Fights in the game are arena spectacles with large and quick enemies dashing around the fight space. The bosses themselves are often supernatural in depiction with daunting, god-like figures proving to be intimidating and worthy adversaries. These were nice moments, if a little predictable, that helped to change up the natural flow of the game. More interestingly though is that they didn’t seem to adhere to the reality or science of the narrative, and that’s where things get a little muddy for me.

Bright Memory: Infinite is a game about simultaneously fighting a near-future militia and also ancient warriors from a different era. It’s a game with a black hole sucking in everything around it and a group of bad guys trying to stop you from fixing the catastrophe. Perhaps it’s my fault for not paying more attention to the story, but it honestly all kind of went straight past me without much sticking. It all felt rather ridiculous yet mundane at the same time and I wasn’t able to follow many of the narrative threads that lead us to the final boss fight and conclusion of the game. Undoubtedly, it’s in this rather confusing storytelling where Infinite is at its weakest. There was almost an engaging story here but the way it was told just wasn’t strong enough to hold focus. It certainly didn’t help when important voice chatter was almost entirely drowned out by the sound of gunfire and clanging swords.

Bright Memory: Infinite’s lacklustre narrative could be forgiven if the game wasn’t also so painfully short. I’m not here to make arguments about a game’s length and its value proposition, but I can say unequivocally that the haste with which this game ran made everything feel underwhelming. I love how Infinite’s combat felt to play, but the title wasn’t long enough to encourage players to master the system and it never really gave you an opportunity to push yourself, learn, adapt, and then showcase those learnings through masterful play in a tricky encounter. The pacing felt off and it’s because everything was rushed. I was upgrading skills at a breakneck speed because an entire skill tree’s worth of upgrades had to be condensed into less than 2 hours worth of play. 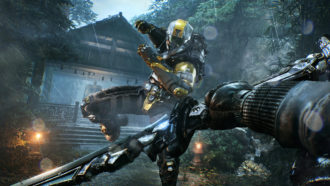 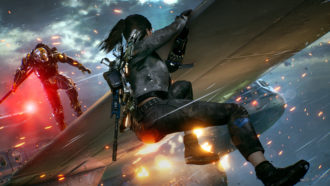 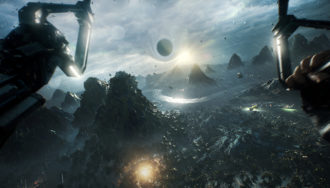 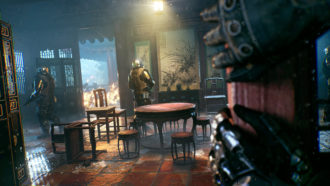 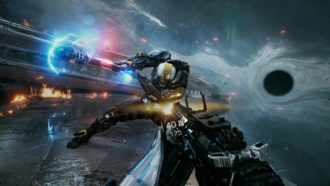 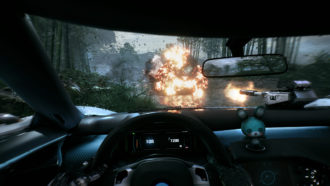 Bright Memory: Infinite isn’t a bad game, it’s a proof of concept that needed further development and expansion. For a solo-developed game, the successes of Infinite feel extraordinary, though that just makes the shortfalls feel all the more disappointing. Regardless, that proof of concept worked immensely. Fund this developer or give him a job in another studio, because the talent is palpable.

Bright Memory: Infinite will go down as a largely impressive game held back by glaring shortfalls. The frenetic and uniquely compelling shooter/hack ‘n’ slash combat as well as the breathtakingly realistic visuals make for a worthy experience alone. Unfortunately, that narrative is told in a less than elegant way and the quick sprint to roll credits hold Infinite back from reaching its true potential.