Waking from a long slumber, the Priestess Ina finds herself trapped in a decaying Tower longing for her homeland Kamiura. Intent on escaping, Ina must traverse the many regions of the Tower, acquire help from eccentric prisoners, decipher difficult puzzles, and flee from the Tower willing to do anything to keep her within. Aspire: Ina’s Tale is a difficult puzzle platformer and visual masterpiece that explores the journey of finding your own purpose.

Aspire: Ina’s Tale’s 5-hour runtime is set within the Tower, which, despite its undertones as a sentient jailor, contains an environment that is beautiful. Balancing ancient architecture with advanced technology, the Tower envisions an ethereal style that is consistent throughout. Ina travels through monolithic set-pieces overgrown with flora and broken sentinel knights against the backdrop of emotional classical music. Additionally, the pastel colour palette and soft lighting design of the Tower paired with Ina’s slow movement and dialogue creates a relaxed and reflective tone that blends in well with the game’s whimsical style. Capitalising on Ina’s fascination with dreams, the game creates an environment that mirrors the fluidity of a dream-like state.

Contrasting the overall ethereal style of Aspire: Ina’s Tale are the darker themes surrounding the nature of the Tower. The game mostly drops hints of its sinister nature through dialogue with other trapped characters, however, occasionally it will physically manifest in the environment. Notably, the first and final region—the Dungeon and Factory—contain sentient treacherous monsters that attempt to maim and capture Ina. The usual warm lighting and colours are replaced by oppressive darkness and rotting objects, but after the encounters have finished, the game is quick to resume its original light-hearted style. The two tones are, at times, confusing because the switch between them is infrequent and unnatural compared to the rest of the game.

Unfortunately, the tonal problems of Aspire: Ina’s Tale can be attributed to the extent in which the themes of the game are explored. While the threat of the Tower is mentioned, it rarely translates into stakes that can be properly understood until quite literally Ina’s life is threatened. The underlying lesson explored in the game is Ina finding her own power and agency instead of waiting to be saved like, as she explains, ‘a damsel in distress’.  Ina’s will, however, is only truly tested twice. The extremity of the two encounters at the start and end of the game, unfortunately, dims the impact of the difficult puzzles Ina overcomes during the bulk of the gameplay when the tone is reflective and subtle.

Additionally, the game attempts to proclaim and explore bigger ideas on death and freedom outside of Ina. The secondary characters, who are outlandish and transcendent, are tasked with divulging these themes. Ina first meets Thief and Joker, two beings willingly imprisoned in the Dungeon after their memories had been stolen by the Tower. Any attempts made by Ina to free them are met with resistance, unless you can find their memories, which, I believe, is optional. The two exhibit a strong fear of freedom after their memories had been taken, which alludes to the complicated dependency that all the inhabitants have with the Tower. They want nothing more than to be free, but are unable to take the necessary steps towards it.

Upon finding Thief and Joker’s memories, you are rewarded with a poetic scripture that reveals the colourful life they both had before becoming entangled with the Tower. It’s a relatively small detail that you can choose to engage with or not, but it reveals Aspire: Ina’s Tale’s strength in dealing with personal stories and unravelling them in a thoughtful and empathetic way.

The Architect is another notable character, who is only a prisoner in the sense that they are unable to accept that the Tower is broken and can’t be remade. Originally a being who managed and created the different regions of the Tower, the Architect deals with a form of grief that Ina struggles to understand. Mirroring the eternal commitment one has for a loved one, the Architect can’t find it in themselves to escape with Ina and would rather spend their days tending to the decaying Tower.

Aspire: Ina’s Tale explores the complexity of relationships in an interesting and thought-provoking way, which is encouraged by the pensive tone of the environment. It’s unfortunate that the game was unable to explore these themes to their fullest extent, because in the short runtime these complicated subjects are reduced to obscure references and one-liners, which ultimately takes away from the more personal reflection of the prisoner’s lives and their relationship to the Tower 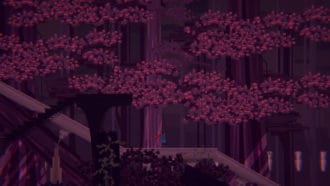 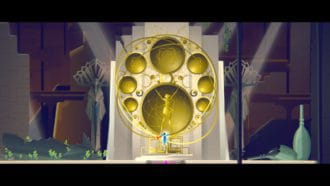 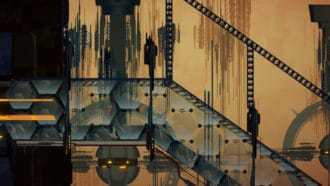 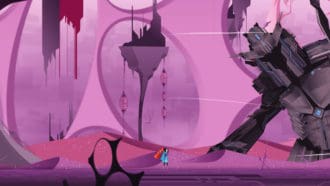 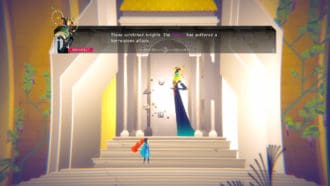 The main gameplay loop outside of the creature encounters involves Ina absorbing and learning technologically advanced powers associated with the Tower to overcome precision puzzles. Each region introduces a new mechanic for Ina to learn and gradually the complexity of each puzzle increases until she has mastered that particular power. The puzzles involve manipulating the environment around you with objects, moving platforms, closed gates, and power sources to proceed through the linear levels.

Aspire: Ina’s Tale has masterfully curated the puzzles to involve multiple layers and steps that can be challenging to unravel. Unfortunately, a lot of the puzzles rely on you completing perfectly precise jumps or movements in a short amount of time and these can be incredibly difficult to pull off. I found that I had solved the puzzle long before I was able to complete it, which made the process tedious and frustrating. Furthermore, the puzzles lacked guidance, meaning obvious ways forward left you confused or lost from purely not having enough direction to clearly understand your objective.

Aspire: Ina’s Tale is primarily a visually stunning game. The detailed architecture and soft lighting accompanied by the game’s mostly slow pace and reflective soundtrack produces a peaceful tone that pulls you into its world instantly. The infrequent tonal changes and frustrating puzzles act as a barrier to fully immersing yourself into the game, but within the short runtime, Aspire: Ina’s Tale tells a thoughtful story that leaves you wanting more.

Aspire: Ina’s Tale promises an epic journey and re-discovery of Ina’s power, but the game struggles to reach these expectations in its short runtime. Despite the unsatisfying exploration of the themes and setting within the Tower, Aspire: Ina’s Tale still delivers a heartfelt story within a truly exquisite environment. The puzzles are frustrating at times, but their difficulty leaves you feeling quite smart after completing them.