Big Brain Academy: Brain vs. Brain Review – Test your head, your mind, and your brain too

Back in 2005, the benign, cel-shaded face of one Dr. Kawashima decried the degenerative effects of time on humanity’s mental agility. His solution was the Brain Training series for Nintendo DS which popularised the concept of testing one’s brain daily to keep neurons firing freshly. The original title sparked a wave of micro-puzzlers, including 2006’s Big Brain Academy which wrapped its brainteasers in a delightfully cartoonish package and encouraged competitive puzzling. Now, fifteen years later, it’s back to school to combat the ravages of time in Big Brain Academy: Brain vs. Brain for Nintendo Switch.

With the global population growing more concerned with battling mental stagnation (particularly in the light of lockdown malaise and Covid-induced brain fog), it’s an excellent time to be flexing your grey matter on the regular. So, how does Big Brain Academy fare as quizmaster?

The core gameplay in Big Brain Academy revolves around a series of mini-games sorted into five distinct categories: identity, memorize, analyze, compute, and visualize. Games are fast, furious, and fun – you’ll be memorizing number patterns, sorting animals into types, and performing addition by smacking boxes around. The faster you complete tasks correctly, the higher your score. It’s all designed to get your puzzle-solving instincts out of your conscious thought and into your muscle memory, and it feels fantastic on the rare occasions that you blitz through a mini-game with a massive score.

Each mini-game lasts for a minute making it easy to quickly jump in or out of a round. There’s also minimal faff within the colourful menus, providing as few barriers as possible to jumping straight into the brain-bending fun. The main single-player modes include a ‘Practice’ mode where you can choose which game to play, a ‘Test’ mode that challenges you to a game in each category and measures your “Big Brain Brawn”, and a ‘Ghost Clash’ mode that allows you to challenge other players worldwide asynchronously (a la Mario Kart). Performing well enough in Practice mode allows you to unlock a more challenging version of each game, giving you a small goal to work towards.

Playing each single-player mode earns you coins, which are used to unlock cosmetic customisations for your avatar. These are absolutely adorable, although you’ll unlock them at a breakneck pace which does hurt the game’s longevity. You’ll see your avatar on-screen at all times, so it’s nice to be able to jazz them up a little with a new hat or a monocle, although having non-cosmetics to unlock would have allowed the game to feel even more rewarding when it comes to that progression. With that said, it’s worth mentioning how wonderfully stylistic the game’s presentation is, from its schoolbook cartoony art to its upbeat sound effects that somehow blend together the best parts of Animal Crossing and Nickelodeon.

Single-player is only part of the story, however, as Big Brain Academy supports up to four players. “Party” mode is a terrific inclusion. It’s absolutely frantic, and allows you to customise the level of difficulty for each player – “Sprout Support” even alters the challenges available, making the game accessible for younger children. You can have four players with controllers in docked and tabletop mode, and two-player mode supports the touchscreen in handheld mode, with each player controlling half of the screen. I preferred touch mode since it meant I could literally go head-to-head against my partner, and it removes any barriers that fighting with JoyCons might introduce.

In fact, most mini-games support full touchscreen controls, with some asking you to choose between buttons and touch before playing (presumably to hold separate scoreboards for the online Ghost mode). As much as it pains me to smear my grubby little paws all over my beloved Switch screen, it’s honestly the best way to play Big Brain Academy. Simple actions such as in the “whack-a-mole” pattern-matching game and the balloon-popping maths game are much easier when the only thing between your brain and the challenge is your body, rather than introducing the abstract concept of controller buttons. This also indicates that maybe this title would be well-suited to tablet devices or larger smartphones.

Big Brain Academy: Brain vs. Brain shines best when played with friends. While a more disciplined brainiac might find enjoyment in completing daily tests, there’s not a lot of depth in the single-player modes, and someone playing every day will quickly unlock everything that the title has to offer. While there are the neverending goals of aiming for higher scores and competing with Ghost players, playing Big Brain Academy solo feels a bit like one-player Mario Party – fun, but you know you’re not getting the full experience. As indicated in its “Brain vs. Brain” subtitle, the joy in Big Brain Academy lies in having a mate on the other end of the touchscreen or a group of friends clutching JoyCons, and outsmarting them all. 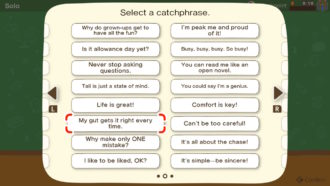 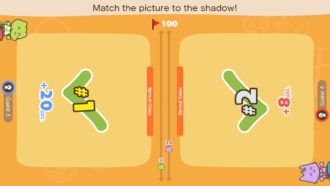 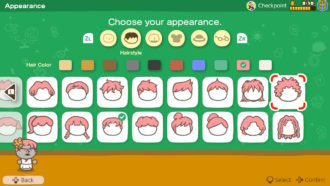 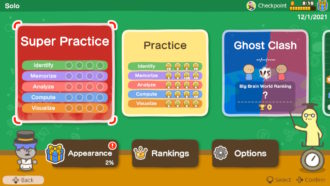 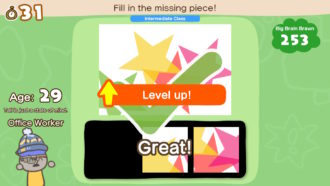 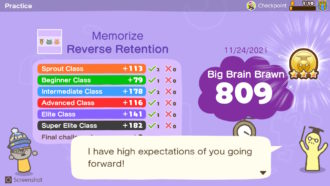 A fun little party puzzler, Big Brain Academy: Brain vs. Brain gives the ol’ neurons a thorough workout in a jolly, well-presented package. While its single-player mode lacks longevity and will only keep the most dedicated brainiacs engaged, the sheer maddening joy of trying to compete in its frantic multiplayer offering is delightful and sure to keep your grey matter nice and juicy. Between its smooth touchscreen controls, charming presentation, and customisable difficulty options, Big Brain Academy provides a solid party experience for the whole family.