The nineties were a truly wild time. Tips were frosted, denim was doubled, and the Spice Girls versus Backstreet Boys debate tore classrooms apart across the world. This era of chaos gave birth to the oddity that is the Monster Rancher franchise, a creature-collecting series focused on breeding and battling monsters torn from real-world CD-ROMs. For the first time in the west, Monster Rancher 1 & 2 DX brings the first two titles onto modern consoles.

With both games focusing entirely on raising, breeding, and battling fantastic beasts, you could be forgiven for drawing parallels with other popular monster collecting franchises (namely, Pokémon, Digimon, and even the Dragon Quest Monsters series)  but the original Monster Rancher games provide a few unique twists on the formula. Promising numerous quality of life upgrades since the series’ PlayStation debut, this re-release is the best way to experience these titles in 2021 – provided you’re comfortable reliving the nineties, warts and all.

Each title begins with you receiving your first monster with the help of a trusty assistant. You’ll then take the monster to your ranch, where you begin your illustrious monster-raising career. You advance through a calendar week-by-week, with different tournaments and activities available for your monster depending on the date. Depending on your monster’s energy levels, you can send them away on jobs and training trips to gain money and skills. Unfortunately, after the initial short tutorial, there’s no real guidance as to what benefit each of the many activities will bring, or the effects of different monster stats and abilities – there’s a huge amount of trial-and-error if you’re not willing to follow an online guide.

Participating in tournaments nets you fame and extra loyalty, and advances the relatively barebones story. If they perform well, you’ll be encouraged to praise them, while scolding them for poor performance will prevent them from growing slack. It’s classic Tamagotchi parenting, and it works well enough. Eventually, your monster will approach the end of its life (either through age or battle scars), and you can choose to allow it to die or “freeze” it for later use, which could entail breeding for a more powerful monster or combining it with others.

The battle system in Monster Rancher is rudimentary, with your monster taking actions based on your directions and their loyalty level: a loyal monster will listen to your commands and obey, while a less loyal one will disobey or act confused. Most attacks rely on your monster being a particular distance from their opponent, with a dedicated command to push the enemy away so they can attack from afar. There’s also an option for you to allow your monster to fight without any player direction, which is handy for grinding through less difficult tournaments. There aren’t any elemental advantages to worry about, meaning your monster’s core stats and loyalty will have the highest impact on your chances for victory.

The delightfully retro twist of the Monster Rancher series is the ability to summon monsters via CD-ROM. There’s some fun in-game lore behind this, with the gods sealing creatures in “disc stones” centuries ago. In the original games, you could actually load any CD into your console’s disc reader, and depending on its contents a new monster would be created. Since most modern devices eschew the need for physical media, this DX release instead sees you typing in particular music track names to access new monsters. It’s a cool way of bringing the classic gimmick into the modern era, but it is a bit of a shame that the database of music tracks is quite limited – you sadly won’t be summoning any glittery Dinos by searching for Lady Gaga.

The other ways of obtaining new monsters are through breeding or combining monsters that you’ve frozen. This forms much of the appeal of the titles, and collecting, battling, and breeding monsters will prove fulfilling to anyone who has spent hours hatching eggs in Pokémon.

Presentation-wise, Monster Rancher 1 & 2 DX are totally faithful to their PlayStation roots. Jagged polygons and blurry fonts are the order of the day, with some extremely “creative” monster designs. My first monster was a Jell, a truly horrific abomination that the game expected me to love and care for. While I adored this disgusting blob, good God, it was unsightly. Most of the designs aren’t quite as revolting, but they’re definitely not going to be winning any beauty pageants.

In an interesting move, the user interface seems to be optimised for iOS users. Buttons are large and touch-friendly, and take up a large amount of screen real estate. The controls themselves are also best suited to touchscreens, with strange keybindings on PC and an awkward controller layout making the console experience a little alien – especially since all of the gameplay is spent navigating different menus. 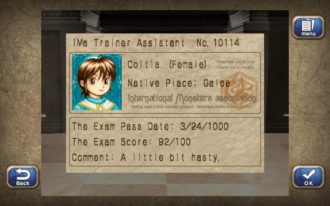 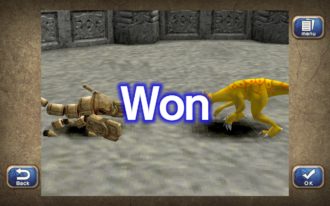 While the visuals haven’t received much of a facelift, this release sees a few quality of life improvements added in an attempt to alleviate some of the frustrations of early game design. Like we’ve seen in other classic RPG re-releases, Monster Rancher 1 & 2 DX add a double-speed option to make grinding battles slightly faster – especially helpful if you plan on letting your monsters make their own decisions during fights. There are also additional slots for you to store frozen monsters for later combining (or for passing between games), and a few additional battle modes in Monster Rancher 2 including a ranked system. Some of the music has also been remastered for the sequel. These additions are small but welcome, softening the grind a little and providing extra content for enthusiasts. 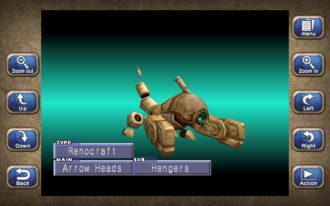 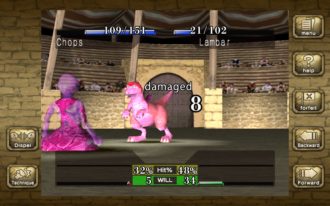 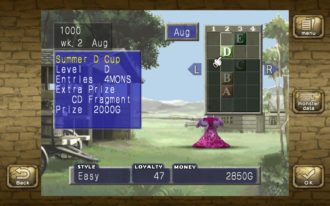 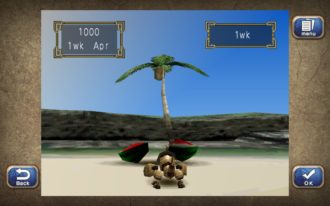 It’s difficult to recommend Monster Rancher 1 & 2 DX to anyone without plenty of patience, as while the speed-up feature cuts down some grinding it is still a hefty task to collect and breed the many available monsters across both games. If you’re a diehard monster collecting fan and not afraid of a few rough edges, you might find some peace in the repetition and incremental growth of building up your monstrous battle pals.

For fans of the series, or for players looking for a slightly more involved grind during their commute than the usual mobile fare, Monster Rancher 1 & 2 DX offer a heap of monster-rearing pleasure. However, this pair of titles is truly a product of its time: a lack of tutorials, janky graphics, and a set of opaque gameplay systems reliant on heavy grinding might prove too high a barrier for the average creature collector. Pick this up only if you’re prepared for a nostalgic romp through the highs and lows of late nineties game design.