What Lies in the Multiverse Review – Dark and hilarious

Parallel universes are dangerous, chaotic, and unpredictable, but exploring them has never been as fun as Studio Voyager’s What Lies in the Multiverse. Always teetering on the edge of dark and distressing themes, but never quite taking the full plunge, this puzzle-platformer is a dark dramatic comedy combined with unique and outer-worldly gameplay loops that will keep you captivated until the very end.

‘Multiple events, multiple possibilities, multiple consequences. A reality in which we’re able to know everything, where we can see what we cannot even imagine…’

You play as the Kid, a smart young boy who, after creating a parallel universe simulation on his computer, is surprised by a flashy and unhinged scientist named Everett appearing in his room out of thin air. The mysterious Everett warns Kid that playing with parallel universes is dangerous, but more importantly that his simulation is messing with Everett’s research and unapologetically destroys Kid’s computer. But the secret is already out, and Kid wants in. Convincing Everett to bring him along, Kid is dubbed his new assistant and blindly follows Everett on his secret journey through the Multiverse. If you’re thinking this a lot to unpack in the first scene, you would be right, but What Lies in the Multiverse spends the rest of the story showing Kid the capabilities of the Multiverse, and potentially more than what he bargained for.

Designed as a puzzle-platformer, What Lies in the Multiverse revolves around Kid using a technologically advanced device called a Voyager, which Everett so happens to use as a cane. While Kid never has his hands on it, because apparently using Voyagers is tricky and unpredictable, he still reaps the benefits of being able to transition between parallel universes. Each chapter is comprised of Kid oscillating between two worlds to explore, solve puzzles and pass-through obstacles with the two different environments at his disposal. Not all worlds are harmless though and Kid must traverse through poisonous air, zero gravity, frozen wastelands and more to progress his journey.

The journey in question is, for the most part, obscure. Our charismatic scientist Everett isn’t privy to sharing what we are looking for and why. Kid only knows that they are looking for an island with some top-secret research on the Multiverse, but things seem to get morally ambiguous when an organisation called ZENITH tries to stop them through any means necessary. What’s even more suspicious is that they seem to know Everett personally and plead for him to stop his research.

What Lies in the Multiverse frequently alludes to dark and distressing themes, as cautioned by the trigger warning at the start of the game, but it does a marvellous job at keeping the tone light-hearted. The game is marked by an undercurrent of slapstick and dark humour from the whole cast of characters, to which there are many.

ZENITH, which pose a very serious threat to Everett and Kid’s journey, are comprised of five goofy special agents that devise outlandish ideas to catch the pair. In one unforgettable scene, the goofy agents trap Everett and Kid onstage at a casino and recite a poorly written play with equally as hideous outfits in an attempt to capture them. Obviously it goes horribly, and the pair get away, but the melodramatic theatre sequence remains as a trope for the remainder of the game. The ZENITH secret agents are often too friendly and too inept to actually capture Everette and Kid. Their failures are frequent, but it creates a hilarious cat and mouse dynamic that is capitalised on to stop the game from getting too dark.

The comedy in What Lies in the Multiverse is versatile, because not only does it control the tone of the game, but its pacing too. More often than not, huge reveals in the game are interrupted by humour. Everett is notorious for this as when Kid gets close to unveiling his motivations, he’ll quickly backtrack into his charismatic nature that originally captivated the boy. As a result, What Lies in the Multiverse hints at enough foreshadowing to keep you intrigued without reaching its climax too early. In fact, What Lies in the Multiverse holds its cards close to its chest until the very last chapter. In a way, this rewards the interactive component of the game, because it’s not until you’ve beaten all the game’s challenges that you are rewarded with the answers to the story.

What Lies in the Multiverse deals with grief and trauma as its subject matter and, while it holds back for the majority of the game, when the humour is finally subdued, the foreshadowing is rewarded by a substantial amount of depth. I was surprised by the reflective capacity of What Lies in the Multiverse. How do you deal with grief? When do you move on? Who do you hurt when your expression is destructive? And while the comedy did hold back an in-depth exploration of these question, the ending is still satisfying enough to give you closure.

Not only that, but the visualisation of these themes can be quite haunting and confronting. The Multiverse begins to glitch out and destabilise when characters are overwhelmed. Flashing lights, contrasting and fast-moving colours, grotesque creatures, and confusing and often nonsensical shapes and objects crowd the screen. The pixel art style of the game lends very well to metatextual imagery. 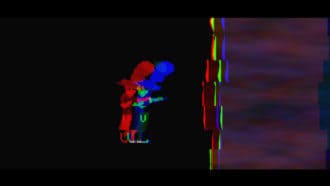 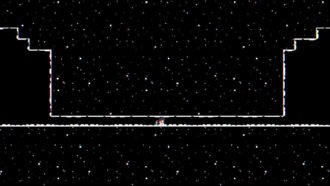 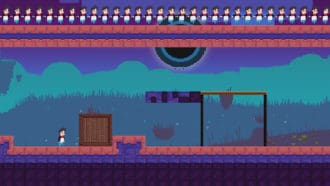 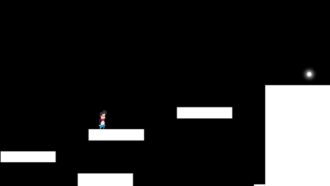 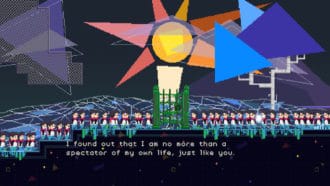 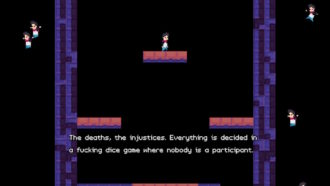 Similarly, visual cues played a part in foreshadowing the depth of the game. Often the worlds are brightly coloured and naturalistic in design, but occasionally the contrasting parallel universe is strewn with death and decay. NPCs you meet might be thriving in one universe but have been cannibalised, drowned, suffocated, or fallen to psychosis in another. They are small visual interactions that leave you uneasy but curious.

Finally, while the gameplay of What Lies in the Multiverse is a backdrop for the story, it is equally as tight-knit. The gameplay loop involves finding gold keys to open up new portions of the map by completing puzzles using the two parallel universes. You use the environment to either climb, jump over, or move obstacles to reach your objective. This is made more difficult by the restraints of the particular world, for instance, the most challenging world involved poisonous gas. You are unable to breathe in the air, so there is a very short timer that you have to complete your movement in. 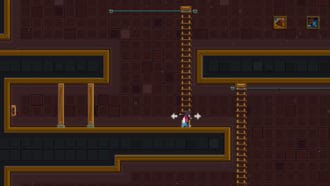 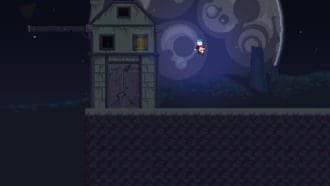 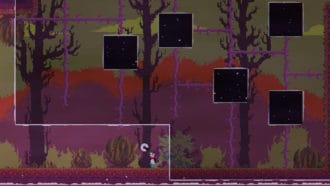 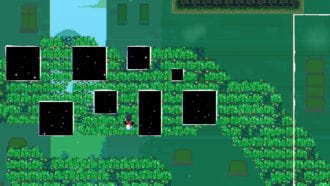 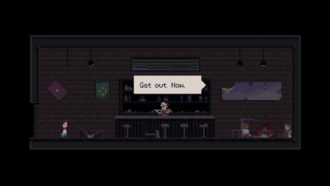 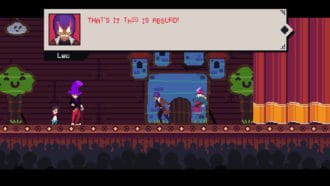 Studio Voyager has perfected the puzzles on-screen by making all the different parts work seamlessly together, but despite the environmental challenges, the puzzles remain easy and straight-forward. The complexity of the unique and interesting mechanics they employ aren’t fully realised, which makes the gameplay relaxing instead of compelling.

Surprisingly, What Lies in the Multiverse includes beginner-friendly precision platforming where you’re expected to switch between worlds quickly to properly execute the movement. This is highlighted in the frozen ice world, where you use the ice to jump further, but must transition between the other world so you aren’t blocked by frozen obstacles.

If you’re new to puzzle or precision platformers as a genre, What Lies in the Multiverse would make a great contender for your first game. The novel puzzles aren’t difficult nor punishing, and there is a lengthy and engrossing story to break up the platforming components, so you aren’t overwhelmed or frustrated by their continuity. As an added bonus, the game is beautiful and has a sprinkle of creepiness to keep you on your toes.