Shine bright! It’s time to explore the vast Velua Region in Coromon, a new monster-taming RPG from Netherlands-based developers TRAGsoft. Boasting over 100 unique monster designs and citing gameplay inspiration from Pokémon, Golden Sun, and Zelda, this pixelated adventure promises a nostalgic romp with a modern twist – and what a delightfully charming romp it is.

It’s your first day as a Battle Researcher for Lux Solis, and you’ve been tasked with collecting Titan Essences, powerful sources of energy held by god-like beings that live throughout the Velua Region. With the help of your starter Coromon, your quest takes you across vast areas and through challenging dungeons, slowly discovering more about Lux Solis and the mysterious otherworldly antagonists that get in your way. The narrative is compelling enough to facilitate your tour of the world without feeling like it overstays its welcome. It’s traditional RPG fare – go from town to town, complete dungeons, fight bosses, grind for levels – but the areas you travel through are vibrant and full of charm. Each region has a unique sub-plot that adds a little more to the story and the lore of the world as you progress.

Each biome has a distinct feel as defined by its resident Titan, with weather effects, lighting, and terrain differentiating the lands of the Velua Region. These areas are playgrounds throughout the adventure, providing quests and challenges beyond being simple paths between waypoints. Special mention must be made to each of Velua’s settlements, which provide the most satisfying “RPG town” feeling I’ve felt since playing Dragon Quest XI. Each town is unique and filled with NPCs, quests, and tidbits of lore-building – you might discover a town overrun with ghosts, or a guy in a house that sells you illegal Coromon evolution materials. Most towns contain a Trainer Hub which lets you heal and swap out your Coromon, as well as participate in online battles. You’ll unlock the ability to warp between Trainer Hubs early on, making these oases a vital part of the experience.

Battles with wild Coromon are initiated randomly when walking through grass in the overworld or through dungeons, while battles with other trainers are initiated by walking into their line of sight. It feels a little jarring to return to random encounters after RPGs in more recent years have largely spurned them, but thankfully the encounter rate is low enough so as not to annoy. The battle system is turn-based, with you pitting one of your party of six Coromon up against the opponent. You’ll collect Spinners which allow you to capture wild Coromon once you’ve weakened them with various damage-dealing Skills. These require SP to use, meaning you’ll need to rest for a turn to regenerate SP if you run out – this system, along with some interesting status effects and unique Skill abilities, leads to a compelling battle system based around resource management. Particularly intense boss battles require both intimate knowledge of the turn-based battling mechanics as well as a strong and well-kitted out team. I found my team woefully underlevelled each time I reached a new boss encounter, necessitating some lengthy grinding sessions in nearby dungeons. While I don’t mind a bit of classic, mindless, cathartic level grinding, it was a bit frustrating to encounter difficulty spikes purely driven by level imbalances.

Presented in glorious pixel-art, Coromon feels like a polished homage to the 16-bit era RPG. Environments are colourful and diverse, with simple animations bringing plenty of life to the overworld. The developers have had a blast designing houses, characters, and landscapes, with evident passion for blending hi-tech architecture with natural environments. Battles are speedy and attacks impactful, with dramatic animations reserved for boss encounters. The soundtrack lends much to the game’s atmosphere, switching seamlessly between nostalgic MIDI-trumpets and heart-pounding battle themes. 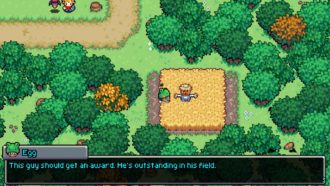 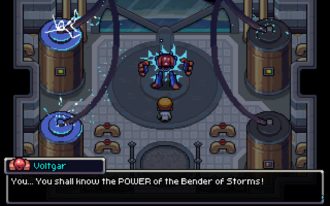 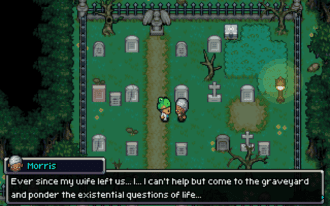 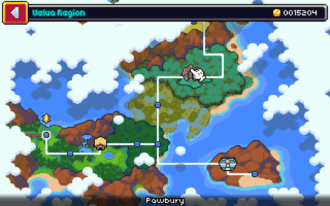 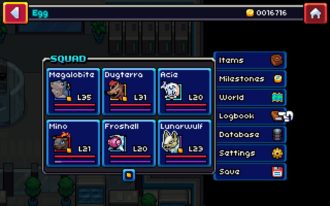 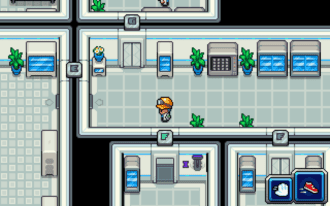 The Coromon themselves are the stars of the show, and for the most part, their designs hold up well. The cuter monsters are particularly charming, and feature heavily outside of battle in the early game. You’ll find yourself rounding up Buzzlet and Swurmy for villagers, and there’s an incredibly memorable segment where you’re transformed into the adorable ghost-typed Purrgy. The three starters are suitably babyish until they evolve into more powerful forms. Some of these evolutions feel like a natural progression, while others can be quite extreme. As enthusiastic as I was for my sweet little Nibblegar to finally morph into a hulking Megalobite, I was NOT prepared for its Ring-Fit-Adventure-dragon levels of buffness. Other evolutions are simply horrific – sure, Seraphace (the haunted angel Coromon) is creepy, but its evolution Grimmask is literal nightmare fuel. While I appreciate the less child-friendly tone some of these designs are going for, they occasionally lean a bit too hard into the eldritch abyss for my taste.

Now, we’ll obviously have to address the Rhynobuz in the room: it’s clear that Coromon takes almost every single one of its cues from the Pokémon series, from its design through to its core gameplay. The developers have not attempted to hide their source of inspiration, often inserting tongue-in-cheek references to the multi-million dollar franchise. However, with the slew of quality-of-life improvements and unique gameplay mechanics, Coromon truly sets itself apart as an iteration rather than a photocopy. Dated elements from Pokémon have been streamlined or removed. The type chart is simpler, with depth provided through the addition of types that are only assigned to Skills rather than individual creatures (eg. Foul-typed attacks deal extra damage to Water-types, but there are no Foul-typed Coromon). The insufferably opaque Individual Value system is replaced with “Potential”, which can be altered with the “Potentiflator” mechanic. “Shiny” creatures also have an actual purpose, with alternate colours on Coromon indicating higher Potential and making shiny-hunting a worthwhile activity. You can also set a bunch of difficulty options from the beginning, such as limiting your healing at Trainer Hubs or enforcing “Nuzlocke” rules.

All of these improvements make Coromon feel refreshing within its familiarity. It feels like the sort of title we might have received had the Pokémon series not changed direction when it moved into the 3D era, and indeed has more in common with that series’ Gameboy Advance entries than anything released in the past decade. Despite the grind, it’s been truly delightful to explore Coromon’s colourful world, and I’m looking forward to diving into its competitive multiplayer on my commute once the Switch version releases at a later date. 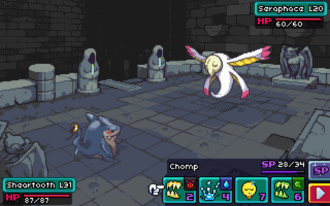 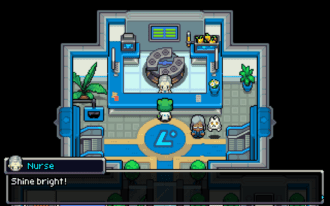 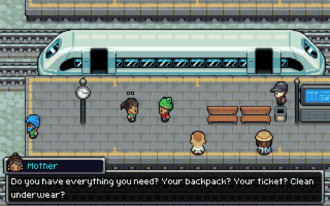 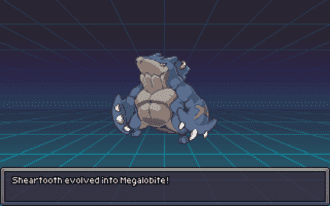 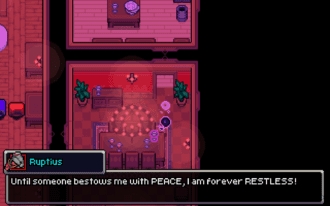 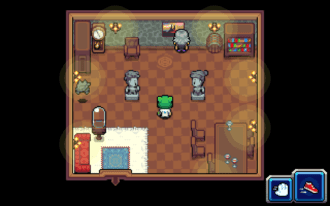 A renewal of the monster-collection genre, Coromon takes the well-loved gameplay formulas of its genre predecessors and polishes them for the modern era. By providing unique twists on traditional turn-based combat, a delightful presentation, and a slew of quality-of-life enhancements, Coromon delivers a nostalgic adventure filled with wonder. While it may occasionally stick a little too faithfully to its RPG roots for the less patient creature-collectors, there’s a whole heap of juicy monster content here for any budding trainer looking for a refreshing take on a classic style of game.