Sonic Origins arrived just in time for the worlds most famous Hedgehog’s 31st anniversary, collecting four of his most legendary adventures. This set contains the original Sonic The Hedgehog, Sonic CD, the seminal Sonic 2 and for the first time in over ten years, my personal favourite, Sonic 3 & Knuckles. SEGA sweeten the deal by offering a story mode with brand new animations linking the games, interactive menus and a decent helping of extra bits and pieces such as artwork and music from the era.

Most of these titles have been rereleased a million times over the years via various Sonic Collections, part of Mega Drive Collections, Mini consoles, digital releases; you can even get them on mobile phones. Most people that are actually interested in the games have played them before, and for those that have not, it is pretty easy to play the originals for little or no cost. So is this collection worth your hard earned cash?

In Sonic Origins, these aren’t emulated versions of the classics, they are more like relatively identical remakes. The original code has gone out the window and in its place are versions built on the ‘retro’ engine by Head Cannon with a little help from Christian Whitehead. This is some of the same crew that also helped make Sonic Mania a few years back. When it comes to Sonic 1, CD and Sonic 2, these are modified versions of the mobile ports that were built off the same engine, which is an interesting call. You have the choice of playing the games in 4:3 just like you would on a Mega Drive with standard rules in which case they are pretty similar to the originals, so nothing new there.

What is new though is the ‘anniversary mode’ which presents the games in full widescreen but with some extra treats. You get Infinite lives as well as earning coins as you play through the levels, which you can use for things like retrying special stages to nab those chaos emeralds and become Super Sonic. You can also use the coins to unlock some of the bonus content like artwork, music tracks and videos in the Museum. I like this approach, as it gives gamers the chance to play through the games and experience the levels without worrying about a Game Over or hashing up special stages along the way.

The scales are tipped in the players favour this time around but there is still plenty of satisfaction to be found when you really get the hang of a tricky level or section. Getting a Game Over and having to start the game from Stage One is officially a thing of the past. Other than that though, there are no graphical or audio enhancements, which is actually a bit of a shame.

Sonic Mania worked because it was a tribute to classic Sonic, featuring a helping of enhanced classic levels mixed in with some new ones, which set itself out as a separate title in the series. With Sonic Origins, even though these are supposed to be rebuilt versions of the games, other than widescreen and the infinite lives/coin system, there isn’t anything that sets these versions aside from the originals. If you are going to the trouble of rebuilding the games on a new engine then surely there was some room to enhance them, tidy up the sprites, remix the sound and so on and so forth, but it seems like nobody could be bothered this time around.

In the case of Sonic 3 and Knuckles, which just happens to be my all time favourite game, unfortunately it is in a bit of sad state this time around. Sonic 3 & Knuckles has not been available for over decade and has previously been left out of compilations. The reason is commonly understood to be related to its soundtrack, which featured loads of samples as well as allegedly the involvement of Michael Jackson. So, when it was revealed that Sonic 3 & Knuckles would finally see a rerelease, it was something I was really looking forward too and probably should have been the gem in this collection. 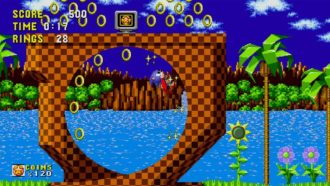 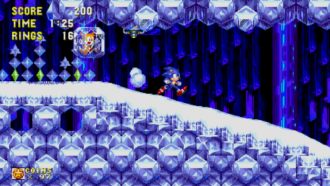 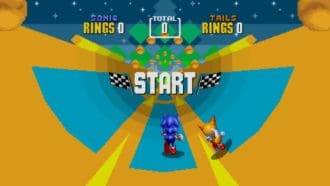 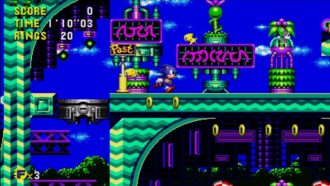 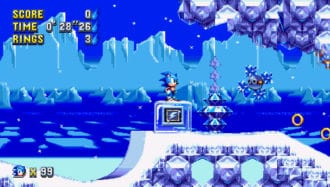 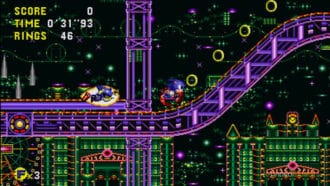 Aside from some of the visuals being a little iffy, as soon as I went to battle Eggman at the end of Angel Island (the first stage) it turned out that the Fire Shield actually didn’t protect me from his fireballs like it should and his projectiles quickly took it from me. Yet, after I died and restarted the level it worked like magic? Weird. I also found similar issues with the Lightning Shield which wouldn’t always double jump. Not to mention after nabbing all the chaos emeralds, the game wouldn’t let me change into Super Sonic from time to time. Imagine that, ready to fight the boss, ready to transform, plenty of rings and… nothing? It felt like pulling the trigger on a gun and realising you are out of ammo. These issues did not happen every play through, or every level but the inconsistency made the experience hard to trust, and feels a little shoddy.

The bigger issue with Sonic 3 & Knuckles is the music; unfortunately, due to whatever problem there is with the soundtrack it means a few of the best tracks are gone. These include Carnival Night, Ice Cap Zone, Launch Base Zone, Sonic 3’s Act 1 Boss music and hell even the two player menu theme is missing in action. The replacement tracks in Sonic Origins, unfortunately, are really just not good. Sure, apparently they are based off prototype tunes from back in the day but even so, they just don’t suit the levels and they sound out of place when compared to the other great tracks in the game.

“Sonic 3 and Knuckles is the worst version on the collection, while the others are pretty accurate to the source material.”

To be fair, Sonic 3 and Knuckles is a standout as the worst version on the collection, while the others are serviceable overall and pretty accurate to the source material. Unless you are really familiar with the originals, the little differences I noticed with those ones probably won’t stand out for you, so they get a pass from me. In Sonic CD’s case, you have the choice of the Japan/European Soundtrack or the US one, which is a nice touch if you have a preference one way or the other. So gameplay wise, other than 3 & Knuckles which needs some work – the others are okay versions of the classics.

For me, when it comes to anniversary type rereleases of classic titles, it’s all about the extra content to make it feel a little special. Even when Nintendo rereleased SNES Mario All Stars for the Wii, charged full price and called it an anniversary, you got a little book and a soundtrack CD. When it comes to Sonic Origins, SEGA have made bit of an attempt, but nothing too substantial. You can play ‘story mode’ which is essentially all the games back to back but with new animated intro’s and outro’s linking the titles together, which is a nice touch. But other than that, there’s really nothing here that feels special.

There is also a semi-interactive map which consists of zooming in and out on islands that represent the settings of the titles, but the artwork included is easily found on the internet and was actually mostly present in Sonic Jam for Saturn all the way back in 1997. When it comes to videos there are the Sonic Mania shorts which are free to watch online anyway and some concept art for the intros – hardly the most exciting stuff. I honestly don’t think it’s a stretch to have expected something either new or some content that was previously unreleased. Even Sonic Jam had a history section with a Sonic timeline calling out highlights from Hedgehog history, a movie theatre with actually rare videos AND a 3D Sonic World to run around in. Maybe they should have just rereleased that instead?

Sonic Origins is a bit of a disappointment. As a massive Sonic fan, it kills me to say it but it’s true. Sure, the games collected here are undeniably great titles in their own right. But they are no better than the originals which can be found for little or no cost elsewhere already. Sonic 3 and Knuckles is considerably worse both in gameplay as well as its new soundtrack and most of the unlockable content in the Museum can be found easily via other means. For gamers that have never played Sonic and are averse to obtaining these titles on other platforms, you likely will not be as disappointed as I was, but I think SEGA and Sonic Team could have gone a little further and given these titles the proper Sonic Mania treatment. In fact, if you are new to Sonic go for the Mania instead.