If you feel the need for speed, then Redout 2 has you covered. 34BigThings’ sequel comes six years after the first entry, inspired heavily by F-Zero and WipEout. This sci-fi racing series is known for reviving that feeling of extreme acceleration in futuristic worlds, but Redout 2 takes a few too many wrong turns.

Fastest racing in the universe

Racing over the apocalyptic wastelands of a partially abandoned Earth is one of the most popular sports in the galaxy. The game includes a single-player campaign and competitive multiplayer for players who want to test their skills. Redout 2 is supposedly one of the best anti-gravity racers because of its sophisticated control mechanisms, extensive hover ship customisation options, and electronic music.

There is undoubtedly a lot of content here to play solo. Players will fly through hundreds of events across 36 unique racetracks, all with reversible alternatives. Different modes keep the campaign interesting, with Arena Races, Time Attacks, and the elimination Last Man Standing modes breaking up the missions. Initially, the Speed events are a fun challenge, but as soon as you get to a higher class, they become unbearably hard.

“Anything above casual mode will require nearly flawless racing against brutal opponents and often tricky tracks.”

The Arcade mode will let you hop straight in at unimaginable speeds in moments, whereas Career mode eases players through a series of trials. This is very important for anyone who has never played a racing game requiring so much precision and timing at such high speeds. While the controls are easy to learn and feel great, it’s certainly an intimidating experience first jumping into Redout 2 without having played a fast-paced gravity racer, and the tutorial does an excellent job at explaining the various mechanics. Overheating, for example, is unique to the series but unfortunately is an annoying system that hinders how fast a ship can move, turning races into a game of edging your ship to its limits.

Racers compete in the SRRL Invitational, rising through the ranks of B, A, and S tiers, which become increasingly challenging. The game isn’t easy and assesses your skill following the tutorial, likely adjusting the difficulty to casual. Anything above casual mode will require nearly flawless racing against brutal opponents and often tricky tracks. The first Redout was similarly harsh, but unlocking upgrades helps even the competition.

Choose from 12 distinct chassis and fully customise your hovership with a selection of propulsors, stabilisers, rudders, intercoolers, flaps, magnets, wings, spoilers, rocket engines, and paints. Each will modify how the ship performs in top speed, steering, strafing, durability, stability, and thrust. Thankfully, equipping new mods has a cosmetic change, so you can also style your ship how you want. It’s a smart way to make progression through the campaign worthwhile besides the pure thrill of going hypersonic. 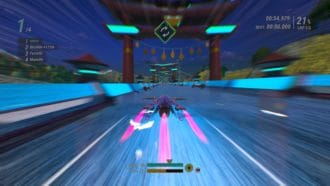 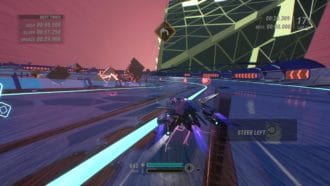 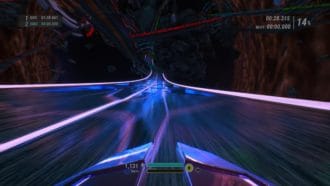 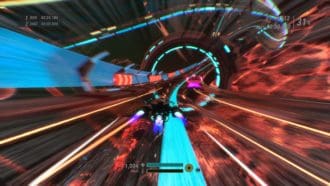 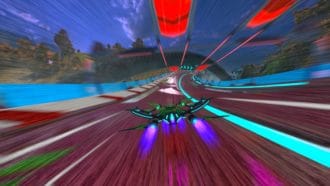 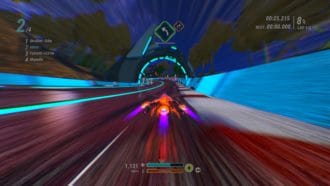 As with all racing games, the multiplayer scene is critical. Compete against others in intense 12-player online action across all the game modes. Unlockable challenges drive incentive to keep you pushing harder and harder, shaving milliseconds off your race times to be the best there ever was.

Still, there are matchmaking issues. It seems like only a few weeks after release and the player base is dwindling already. Playing on the PlayStation 5, long wait times are frustrating, and worse is joining a game with racers dropping out and lag. There’s some work to be done on this version of the game’s online section, but 34BigThings has a roadmap.

It doesn’t help that many of the tracks themselves have inherent issues. For example, Tartarus Mines: Ixion has points where if a corner is taken wrong and your ship flies off the track, you’ll get warped backwards or forwards a ridiculous amount. Occasionally, landing a jump glitches the hovership through the track and sets it at the back of the grid.

In general, the track design needs work. With so many vibrant colours flying by at once, it’s difficult to see which way corners go, how tight they are, and what is coming up next on the track structure. The worst of them is the excruciating courses with no boundaries, so if you take a corner slightly too fast you’ll zoom off into the aether – imagine Rainbow Road in Mario Kart but at 2000 CC. The track design is so problematic the developers use indicators for every corner, which unfortunately doesn’t help because by the time you notice it and process what’s coming up you’re already halfway through the turn.

Redout 2 has a season pass, an additional purchase, for upcoming DLC that coincides with the multiplayer seasons. It includes unlocking new cosmetics, locations and tracks, other rewards, and Career mode content. It’s great to see a decent amount is planned for the game, but whether players will stick around is uncertain. 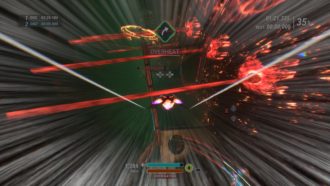 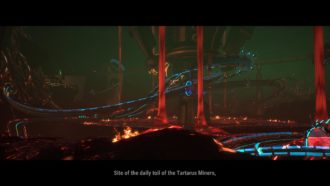 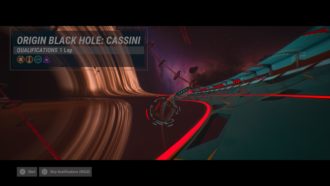 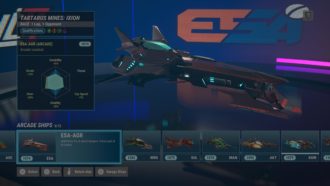 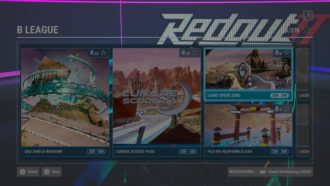 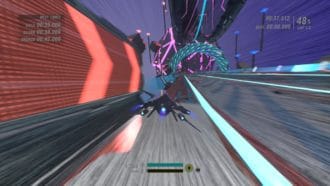 One thing that Redout 2 gets right is the atmosphere. This anti-gravity racer nails the futurism trance look and feel that sells the game in screenshots and videos. Look at some of the screenshots in this review; they are psychedelic and neon in all their glory. Playing the game is another level of bewilderment with every track, regardless of how many times you race it, leaving you in awe of how creative and imaginative it is in style.

The ships are similarly amazing to look at. With a decent selection to choose from, all with inventive architecture that distinguishes itself from the other, and then on top of that the customisation options allow you to personalise it just that much more.

“This anti-gravity racer nails the futurism trance look and feel… psychedelic and neon in all their glory.”

Unfortunately, there are some issues with the user interface (UI) colours. If you are confused about why all the text is grey and colours are washed out, maybe things look like they need to be unlocked; you’re not alone. There is a significant problem with HDR settings on PlayStation 5 and Xbox Series X|S affecting the visuals and display. It’s recommended to turn this off for the time being if playing on these consoles.

The good news is the audio and music are outstanding. The Redout 2 soundtrack features a selection of the best dance and electronic music artists, including Zardonic, Technical Hitch, Dance With The Dead, U-Recken, and the 3-time Academy Award winner Giorgio Moroder. The selection includes some impressive trance, hardstyle, and dubstep, all available to buy as a separate package of 51 tracks.

The sound of the ships zipping through these otherworldly races is aptly high-tech. Engines on these hoverships have a whizzing vibration, especially when entering a boost gate for extra bassy oomph. The crashes and explosions are equally as impactful. However, the audio settings will require some tweaking to get the right mix for your ears, depending on if you want to hear the sounds of the race or the marvellous soundtrack front and centre.

Blasting through unbelievable tracks at sonic speeds, Redout 2 is one of the fastest racing games around. It shows off beautiful science-fiction races across an alternate Earth and galaxy. Yet, the track design is impractical, making it a challenge to play and that difficulty extends into the beastly AI, tiresome overheating mechanic, and time trials demanding precision and perfection. Multiplayer doesn’t hold up either, with network and matchmaking problems galore and a handful of bugs breaking races and visuals. However, there is still a fantastic amount of single-player content for the adrenaline junkie looking for extreme fun.