It’s amazing how we can simply look at an item and be catapulted into an array of memories that centre around it. Maybe it’s a pencil we used in an important exam, or a coffee mug from a trip overseas—just our interactions with these pieces allow our mind to conjure feelings that are associated with these past experiences. Hindsight, a point-and-click casual game runs with this idea and makes a connection between memory and objects by letting the player manipulate the space where the two collide.

You play as an unnamed protagonist whose mother has just died and you are tasked with packing up the family home. Needing to complete such a task makes the protagonist relive a number of memories from her past; mainly those that focus around the relationship with her mother. This relationship you realise pretty quickly was quite strained, and as she packs away her mother’s belongings, thoughts of the complications associated with their relationship quickly rise to the surface.

The game moves in sequences of images that show certain times within the protagonist’s life. A number of lines of narrative will be spoken that correlates to the scene and then you will be able to find the next visual link to move the plot forward. Your cursor will develop a white circle around it when you are able to delve deeper into an object. For example, rain drops collect on a window that the protagonist stares out of; by moving the drops together, another memory is shown that when clicked, will merge into another scene.

The way you are able to access each new scene comes in many forms. At one stage you will be prompted to run your cursor over the keys of a piano, producing not only the sound of ascending and then descending notes, but also a scene that will appear on the keys once each has been struck. A candle is placed in the foreground of a dinner scene and when you drag your cursor over it, the background scene will either fast forward if you melt the candle or rewind if you bring the candle back to life. Some scenes will require you to rotate the camera to find just the right angle, others need you to move objects, some as big as whole buildings, to advance the game. Moments like these left me smiling over the creativity put into sculpting the world that forms these memories.

The game’s script however is nowhere near as well put together as the gameplay. Every time you advance a scene, the narrator will say a few lines of dialogue. Some of this will be straightforward, whilst other times it will be cryptic and focus more on the use of imagery, emotive language, and symbolism. The words themselves aren’t the issue, the writing is beautiful and thoughtful. It is the pace and focus of the narrative that lowered my impressions of Hindsight overall and had a negative impact on my experience with the game

“Moments like these left me smiling over the creativity put into sculpting the world that forms these memories.”

The story is drip fed to the viewer, with a massive focus on the protagonist’s early childhood and nowhere near as much attention given to the rest of her life. I found her childhood years wholesome and tugged at the nostalgic parts within me, but also spending the majority of the game’s 5 1/2 hour playthrough in this time period wore thin pretty quickly. Her adult life, which I found to be extremely interesting due to the impact her mother has had on her overall persona, was discussed but with important milestones left out. Hindsight leaves out a massive chunk of the protagonist’s life that could have added a lot more complexity and originality to its narrative.

The game’s narrative and its mechanics offer two very different experiences—the former is laboured, feeling as if it is stretched way too thin, whilst the latter is rich in depth and creativity. This brings a disconnect to the overall feel of the game and frustration that the words written did not keep up with the brilliance of the game’s art style and mechanics. 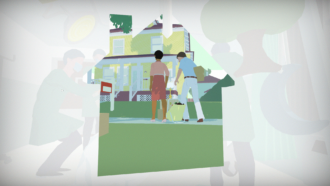 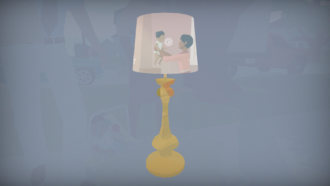 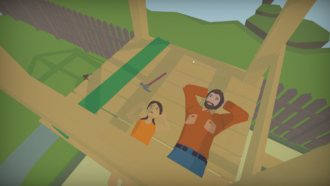 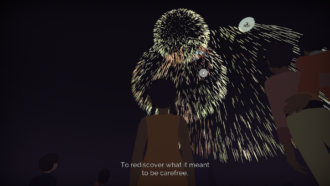 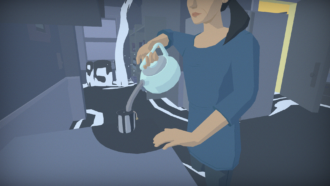 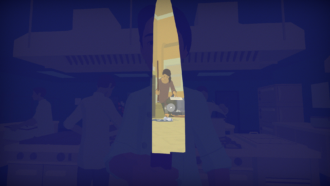 Hindsight is an interesting analysis of the ways we can play with memories via the use of objects that symbolise important aspects of our lives. The game’s mechanic that allows players to explore the protagonist’s memories and piece them together will be something that most will connect with as our memories shape the way we see the world. However, it is the pace of these memories that lead to frustration and a disconnect from the story. The narrative, though beautifully written, is constantly repeating itself and becomes tiresome pretty quickly. Hindsight is an aesthetically beautiful game with fun and thought-provoking gameplay that unfortunately lacks in its narrative execution.