Wadjet Eye Games, the producers of the Blackwell series, Technobabylon, and Strangeland, are producing some of the most incredible point-and-click adventures to ever grace the PC platform. The Excavation of Hob’s Barrow, developed by Cloak and Dagger Games, is just the latest to join the list of excellent games.

Set in Victorian era England, Thomasina Bateman travels to the rural village of Bewlay to investigate a local barrow – the name for a mound of earth that sometimes signals where ancient remains are buried. After finding her local contact missing and the superstitious townsfolk unwilling to say a peep about the mysterious barrow, Thomasina decides to investigate on her own. What follows is a foreboding tale of folklore horror and personal tragedy.

Hob’s Barrow has a bounty of naturally creepy elements. Tombs, ancient remains, and burial grounds might be well-tapped horror material, but there haven’t been many games that focus on the actual digging part. Being isolated underground, surrounded by tonnes of dirt and who knows how many bugs and worms is a terrifying concept even before you add anything supernatural. Bring in the social anxiety of being a career-driven woman stranded in an isolated, backwards village in the 19th century, and you’ve got a perfect recipe for a horror game.

The game follows Thomasina through four days in Bewlay, which starts on day one with Thomasina arriving only to find that the person who summoned her to the isolated town is suddenly nowhere to be found. Things only get weirder for her from there.

Hob’s Barrow‘s gameplay is the familiar puzzle-solving adventure we all know and love. There isn’t anything here that innovates from anything we’ve seen before, but that’s no bad thing. The puzzles serve the narrative of the story; as Thomasina finds herself with fewer resources than expected, she has to start doing a few local favours to encourage the townfolk of Bewlay to give her the time of day. All the puzzles are a healthy mix of logical, social, and just a bit of trial and error.

The xenophobia displayed by Bewlay’s residents is a clever bit of obfuscation – are the old guys at the pub refusing to talk to Thomasina because they’re grumpy old bastards, or is it something more sinister? The game will keep you guessing til the end.

The game is full of these strange moments. Is the priest of St Edmund’s church vomiting suddenly when you meet him a curse or omen, or is it just a temporary sickness, as he claims? Is the village’s old mangy cat really just a normal cat, despite its freaky skull-like face? There are so many things that are not quite right with Bewlay that I always felt a sense of unease anywhere I went in the village — a feeling that did not fade for the game’s entire runtime.

To go alongside these moments are some truly unsettling pieces of artwork. The game’s beautiful pixel art transforms into something terrifying, especially paired with some rotoscoped animation and dramatic lighting. That aforementioned mangy cat will live in my nightmares forever. The artist has created overly-details illustrations on purpose to display every wrinkle, hair, and blemish to make you as uncomfortable as possible. I haven’t seen anything quite like it.

“I always felt a sense of unease anywhere I went… a feeling that did not fade for the game’s entire runtime.”

According to a Rock, Paper, Shotgun interview with Wadjet Eye Games founder Dave Gilbert, the Excavation of Hob’s Barrow was originally set to be titled ‘Incantamentum’. Its final title is far better than that jumble of syllables, so it was a smart change — but I confess that it made me expect a bit more, well, excavating from the game. I had been amped up for a suspenseful few days of digging through dirt or exploring grim, dark tunnels. But in fact, the excavation only constitutes the very final segment of the game, about 30 minutes, which left just a bit to be desired.

The game does such a masterful job at keeping its suspense going all the way through that it seems a shame when the game ends comparatively suddenly after a short stint underground. While it is justified by the narrative, I felt it was just beginning to hit its stride when Thomasina finally went under the soil. If the digging/exploring underground had been spread a bit more evenly throughout the game’s runtime, I would have felt a bit more satisfied. 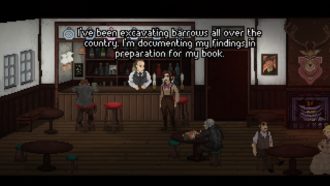 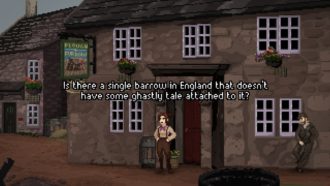 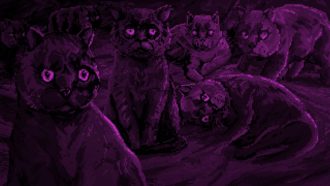 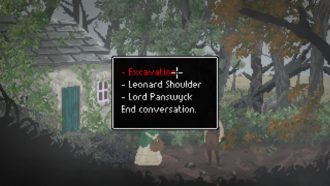 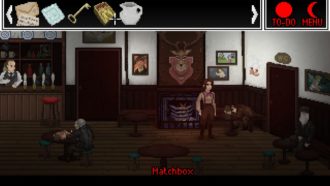 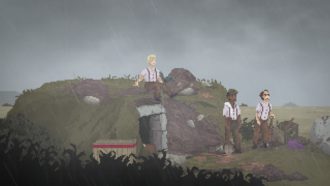 As you progress, Thomasina will periodically experience flashbacks to her past that explore her fond memories of her father, who is bedridden following an accident. While they do not seem at first to be directly relevant, piece by piece they lay the foundation for the game’s events, revealing that this tragic tale really could not have ended any other way.

Hob’s Barrow was not originally going to have voice acting. What a relief that they were able to do it after all, because the voice performances are a masterpiece. It’s one thing to be told by the narrative that the game takes place in rural England, but quite another to hear it every time one of the townspeople speaks. Each accent sounds genuine, and the game gets extra points for having its child characters sound like actual children.

Throughout Thomasina’s interactions with the suspicious townsfolk, you are sometimes given the option to choose Thomasina’s actions when it comes to certain small decisions. You can even lie or conceal your motivations to some townsfolk. I was excited at the idea that the story might branch out depending on how much Thomasina trusts the people around her, but it turns out that it affects nothing at all – disappointing! It still adds a bit of flavour to your interactions, but giving the player the impression they can control Thomasina’s choices comes back to bite the game in the ass later on when Thomasina begins to make decisions that seem to run counter to common sense. Ignoring the player’s ability to make choices, Thomasina’s actions make perfect sense considering what she has learned throughout her investigation in Bewlay,

With its skilled application of a foreboding atmosphere instead of cheap jumpscares, The Excavation of Hob’s Barrow is the perfect game to lead us into the spooky season. It’s a well-crafted mystery that is creepy in all the right places, taking us back to a not-too-distant past of superstition. If you’re in the mood for a suspenseful tale of oft-overlooked folklore and themes of grief and loss, the Excavation of Hob’s Barrow gets my firm recommendation.