The Last of Us Part I Review – Everything clicking into place

Naughty Dog’s The Last of Us left an impactful impression when it first released back in 2013. The adventure pushed the gaming medium forward with mature and evocative storytelling backed up by some of the highest quality production values that could be found at the time. It’s a game that lingered with me all these years later thanks to its haunting personal story and questionable ethical messaging explored brilliantly by an A-grade voice cast. Even the game’s sequel didn’t quite resonate as profoundly, despite being a masterpiece in its own right. Returning to witness the original game again, remade for the PS5, was simply an opportunity too tantalising to pass up.

Despite already being remastered for the PS4, The Last of Us Part I’s updates are instantly noticeable. The opening cinematics and in-game footage showcase incredible attention to detail as the world around our protagonist Joel succumbs to a zombie apocalypse. Facial animations, lighting, reflections, textures, and more are realised in impeccable detail as Naughty Dog once again pushes the PlayStation hardware to its full potential. The game looks as good if not better than 2020’s Part II, with a lifelike environment and true-to-life character models making it feel like a living and breathing recreation of our world. Any non-realistic visual characteristics found here are deliberate choices made to improve the aesthetics, with the game refusing to fall into the uncanny valley and instead adopting minor creative liberties such as slightly exaggerated eyes that well with emotion.

The lighting overhaul is perhaps the most impactful of the game’s visual updates. Having both graphical and gameplay implications, the more severe lighting is great at creating genuine terror and misery. Entering a new environment with just the vision cone of your flashlight is a masterclass in horror game design. Adding the flickering torch mechanic first introduced in its 2020 sequel where you have to physically thump your DualSense against the palm of your hand is also such a nice touch. The clever implementation of DualSense features brings you closer to the horrifying world, but more on that later.

“The absolute terror of the different zombie types can almost entirely be attributed to their gurgling, screeching, and clicking audio presence.”

The Last of Us always had sublime audio design and that’s taken one step further here. The absolute terror of the different zombie types can almost entirely be attributed to their gurgling, screeching, and clicking audio presence. The way the game toys with the player by having a clicker emit a loud and abrupt shriek as you sneak up behind it is just so dastardly. I frequently thought I was alerting enemies to my presence when I wasn’t, and it meant I was forced into a constant state of unease. Combine those affecting sounds with the game’s realistic graphics and dark shadows and you have a recipe for incredible horror.

The gameplay has been tweaked somewhat to align Part I closer to its 2020 sequel. Played as a behind-the-shoulder combat adventure game, The Last of Us Part I takes gameplay inspiration from the stealth genre as well as third-person action games. Ammunition is limited and so you’ll utilise the environment to your advantage as you duck behind waist-high walls and obstacles, moving behind your foes for a silent and deadly takedown. Get spotted and it’s time to go guns blazing with both human and zombie enemies susceptible to a quick and nasty bullet to the brain. Melee weapons with limited durability, as well as throwables like Molotov cocktails or bricks, are also at your disposal. It’s a varied combat system where you’ll often be adapting your approach due to resource limitations and the situation at hand.

Combat feels good and getting up close to perform a stealth or melee kill always feels aggressive and visceral. Be warned, the improved visual fidelity of the game makes these scenes even more uncomfortable than the original release. Certain to make those who play feel squeamish, horrified, or emotionally distraught at many moments throughout, The Last of Us Part I was not and still isn’t for the faint of heart. Though know that if you were able to make it through Part II, you’re unlikely to see anything here that’s more distressing. 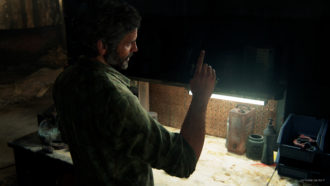 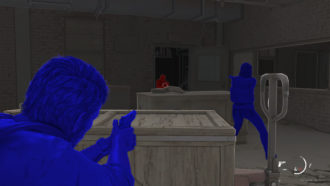 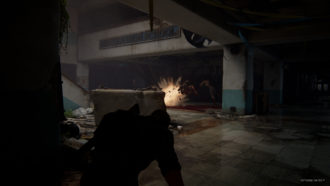 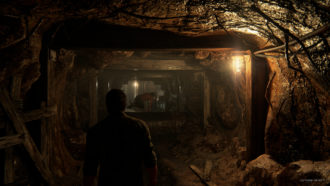 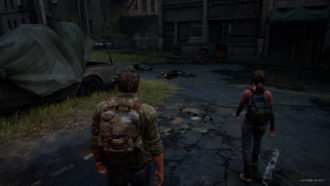 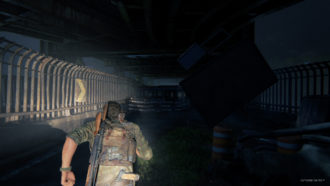 Narratively, the game still holds strong as one of the best examples of storytelling within the medium. Joel and especially Ellie are such likable characters. Their bond and interaction is core to the entire game’s messaging from the opening scene to the game’s closing moment—even if the character(s) themselves aren’t found within those scenes. It’s such a deep and personal story that wins out over the ‘save the world’ cliche that the game could have easily adopted. The banter, arguments, affection and more shared between these two carries the gruelling journey and keeps things grounded and relatable.

Outside of cutscenes, the narrative doesn’t let up, with conversations continuing to flesh out the characters and environmental storytelling continuing to flesh out the world. In this sense, the storytelling can be quite adaptive, with choices made and paths chosen during gameplay having an impact on the way the characters interact. Certain dialogue may never trigger if you don’t take some time to explore and find that note. It’s a real treat that allows The Last of Us Part I to combine gameplay and narrative seamlessly and invite the player deeper into its engrossing world through immersive storytelling techniques.

Once credits roll that story can even continue with a prequel in the form of Left Behind. It’s a much shorter experience but one that’s equally captivating as it continues to highlight Ellie as a character. Left Behind also introduces queer themes for the first time as we see Ellie breaking the mould of a traditional gaming protagonist in some really iconic and fantastically representative ways.

Whilst the game is largely one big journey, the setpieces and events that occur along the way keep things fresh and engaging. Whilst playing I was constantly on the lookout for the next “thing” that I knew would happen in the game/story. And despite having played before, those moments still left their mark—whether it made me crack a goofy smile or had me biting my lip in empathy. Every time I put the controller down for a break, it was after a vital story beat or pivotal gameplay section. To have your game littered with these moments is a staggering accomplishment of game design excellence.

Seeing the improvements from the original 2013 release to this remake highlights a level of passion and care put into this project. Whilst you may not love that a recently(ish) released remastered game was already getting a full-priced remake, you can’t deny the effort and attention to detail that went into this release. It’s not just the visuals, audio, and gameplay tweaks. The artificial intelligence is also much better, with your companions far less likely to do something goofy like run straight past an enemy whilst you’re stealthing around. The DualSense controller features like haptics and Adaptive Triggers just immerse you deeper into this already rich world. There’s even a new Speedrun mode with an in-game timer for those who like to challenge themselves to get things done quickly.

Possibly the most impressive update has to be the game’s accessibility features which again are just top of their class. The options menu is extensive with toggles and sliders allowing you to customise almost every single element from audio to subtitles to visuals and gameplay. Features like screen readers/audio cues/visual aids and more just go above and beyond and highlight the care that has gone into making sure The Last of Us Part I is able to be enjoyed by as many different people as possible. 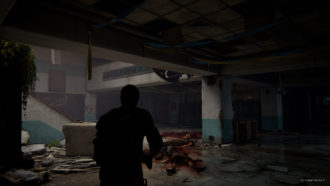 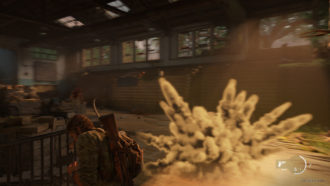 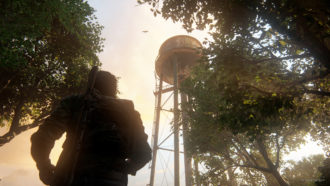 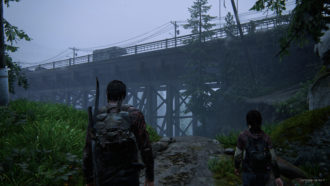 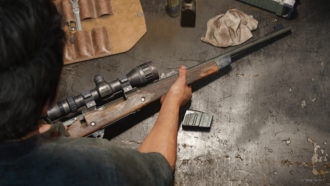 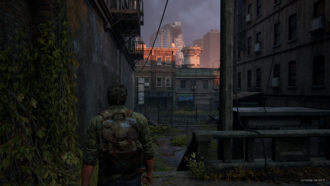 If there was any room for improvement in The Last of Us Part I, it would be further gameplay, combat, and design changes to align the game closer with its 2020 sequel. That’s not to say The Last of Us doesn’t feel good to play, but it doesn’t quite have that same level of gameplay freedom and ingenuity as the second. Stealth occurs pretty much only behind waist-high walls, so say goodbye to fields of grass. The areas you play in are less open, removing some level of exploration and removing that little bit of freedom in approaching combat sequences from different angles. You also won’t get those same gameplay moments with the rope, which just proved to be a more advanced and enticing puzzle mechanic than stuff like dragging pallets through water for Ellie or moving planks to cover ledges. It’s minor, admittedly, but going from Part II to Part I will still have some noticeable downgrades in gameplay and design.

As an overall package though, The Last of Us Part I is still incredible. Is it enough to get a returning player to pay to try it out again? Maybe. Should it be enough for those who’ve never played the game before? ABSOLUTELY. For my taste, this is one of the best video games ever made and it’s looking and feeling better than ever with this remake on the PlayStation 5.

The Last of Us Part I finds a way to make an already incredible game even better. It may not be the most needed remake in the landscape of gaming, and I can’t fault anyone for not wanting to pay full price for the experience, but it’s undeniable just how much work has gone into this release. Phenomenal graphics, superb sound design, immersive DuelSense controller features, beneficial gameplay tweaks, and the best suite of accessibility features found in gaming. The Last of Us Part I is a must-play title for anyone still yet to experience Joel and Ellie’s story.