Pick up your hat, your badge, and the keys to your paddy wagon – it’s policing time. After entering Early Access in 2021, Police Simulator: Patrol Officers is ready to release on PC and consoles. Promising a realistic experience of life as a police officer in a typical American city, this title comes as a new job simulator from Aesir Interactive (developers of the recent Horse Tales: Emerald Valley Ranch) as well as publishers astragon Entertainment, who boast other releases such as Construction Simulator, Bus Simulator, and Firefighting Simulator – The Squad. So, what’s it like to be part of the force that “protects and serves“? Let’s find out.

The game takes place in the city of Brighton, a gorgeously idyllic urban landscape that has been crafted with lots of love and is full of lush, leafy parks, and quirky billboards. The choice to set Police Simulator in a fictional location is smart since it allows you to explore an idealised version of a middle American city without the yucky intrusive thought that real-life police might have murdered people right where you’re playing. You can choose to play as one of eight different police officers, representing different genders, races, and (oddly specifically) marital statuses. I chose to play as the single dude in case it was relevant later. It was not. Once you’ve picked your avatar, you are taken to a map where you can choose which shifts to take on over the course of a week.

Each jurisdiction has specific types of shifts on any given day, such as vehicle patrols or overnight shifts. As you earn Shift Points, you unlock different types of shifts and more jurisdictions to patrol across Brighton. It’s a standard progression system, with different vehicles and tools for police work gradually being drip-fed to you after each shift. When you select a shift from the map, you choose how long you want to spend working in real-time. This forms a sort of risk vs reward payoff since the longest shift (ninety minutes) will give you more chances to earn Shift Points – but since you can fail a shift through misconduct – you might also lose all of your progress if you accidentally shoot a civilian for jaywalking.

You’re thrown into your first shift without so much as a whisper of the word “training”, which would undoubtedly get in the way of the business of getting out there and being a Good Cop. In lieu of any formal qualifications, you’re given a lengthy handbook to peruse that explains absolutely everything you need to know to police the citizens of Brighton. Bizarrely, time passes even while you stop to read the handbook, so you’re subtly encouraged to wing it and just learn by doing. It’s also key to note that the UX in the handbook interface, while serviceable in screenshots, is quite hostile on the eyes in-game. Tonnes of small, thin text on a white background make for incredibly difficult reading, and I found myself moving to sit closer to the screen whenever I needed to look something up. 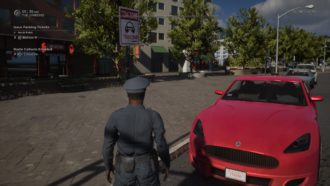 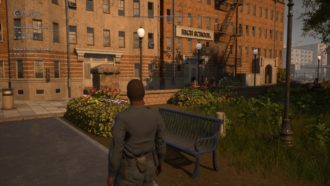 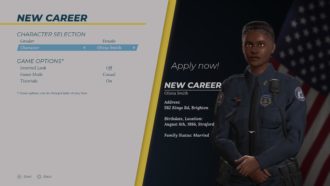 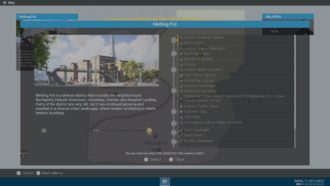 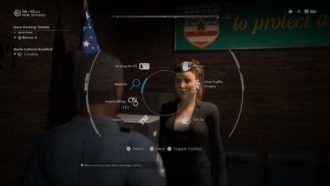 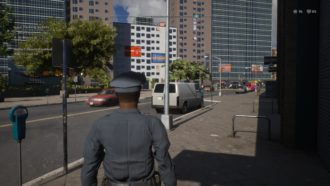 Thankfully, the first few hours of the game don’t require intimate knowledge of criminal law, since you’ll just be fining people for littering or parking badly. Literally for hours. It’s about as much fun as it sounds, and will likely scratch the itch of the one person desperate to play City Council Simulator: Parking Officer. Once you’ve unlocked more tools and areas, you gain access to slightly more thrilling activities such as scanning for speeding cars, investigating traffic accidents, and catching graffiti artists. These somewhat break up the monotony of repetitive patrol work, but they’re not especially fun diversions in themselves.

When you’re investigating a car crash, you need to go through a series of actions to provide a satisfying report. You interrogate witnesses, photograph the damaged vehicles, call ambulances for any injured parties, and suss out the drivers for any signs of substance abuse or illegal activity. This ends up just being a list of menu options to pick from the interaction wheel and rarely requires much thought or detective know-how. It’s a shame since collecting evidence and piecing together a case would make for some engaging police-themed work. Unfortunately, Police Simulator is too dedicated to its realism mandate to allow its core gameplay loop to provide much fun.

“Police Simulator assumes the default way to solve problems is through violence.”

Apart from missing the mark with its gameplay, it’s unsettling how unironically Police Simulator assumes the default way to solve problems is through violence. It was incredibly jarring that my first interaction in the game, a very basic “press X to talk”, triggered an action wheel with options to search, demand ID documents, or detain the person I just wanted to chat with. The way Police Simulator frames your interactions with the public is almost always antagonistic, reinforced by much of the user interface taking inspiration from the Grand Theft Auto series.

The selector wheel for tools and weapons, some of the menu sounds, and even the giant yellow quest markers that appear over NPCs are incredibly close to those used in Rockstar’s urban franchise. What isn’t ported from GTA is any sense of satire or irony. You are undoubtedly a Good Cop, even when the game forces you to attack suspects as a first response to them fleeing, or barely punishes you for running a car off the road.

This pro-violence framing takes advantage of the uninteresting gameplay loop to make you crave action. There is a certain vindictive pleasure in scouring the streets, looking to punish criminals who jaywalk, litter, or commit parking violations. You find yourself alert for any possible threat, any minor disruption to your otherwise perfect order. If this game wasn’t supposed to be someone’s utopic vision of middle America, that could be almost cathartic. Here, it’s just a sad, terrifying indictment of how police in the US are trained to think. Citizens are the enemy. They’re disruptive to The Peace, and they must be punished. By the time more “vibrant” events started occurring, I was champing at the bit to get stuck into some arrests and detective work. It made the absolutely disgusting act of tazing a fleeing suspect (the only way to actually stop them in-game) almost as exciting as playing an actual game.

It’s as if Brighton is set in a universe where the Black Lives Matter movement never occurred, as if the entire world was not aware of the structural violence inflicted on communities by police. It reduces being “one of the good cops” to pressing a button to say hello to citizens, provides little to no interaction with fellow law enforcement, and glosses over any nuance in how you as a police officer might be perceived by the public. Putting a line in the handbook about being immediately sacked for firing your gun is a pithy dismissal of real-life events where officers were never charged for shooting people. A game that opens with a splash screen dedicated to announcing how diverse its development team is can and should do better. 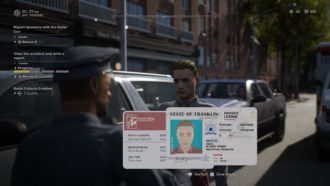 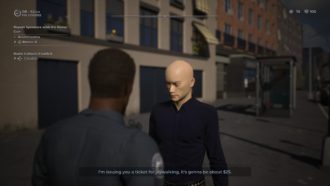 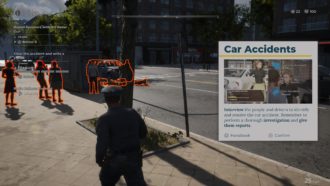 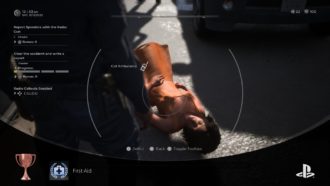 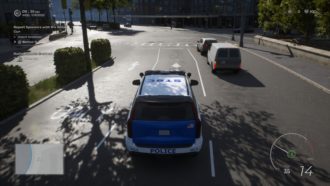 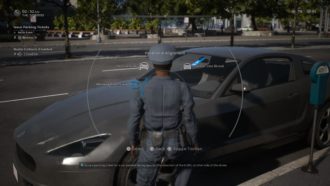 The game also suffers from bugs. Despite around 18 months in Early Access, Police Simulator is littered with visual and gameplay glitches ranging in severity from benign to downright dangerous. On the lighter side, some areas’ collision lets you float in mid-air and NPCs at traffic accidents might fall over suddenly if you call an ambulance for them while they’re standing up. Other bugs can impact gameplay in small, frustrating ways. For example, when an NPC says hello to you, you can greet them back to gain Shift Points. If, however, you stand too close to greet them back, you’ll open up the regular interaction menu and might accidentally try to detain them.

These minor glitches pale in comparison to a dire visual bug that caused constant, violent screen flashing when entering particular police stations. The strobing effect was so severe that I had to close my eyes and fumble for the remote to turn off the TV. Unfortunately, you need to start and finish your shifts in police stations, so there’s no way to avoid these physically dangerous areas. My tactic was to turn the brightness all the way down before starting or finishing a shift in case I happened to enter one of the strobing zones, and then reset it to actually play. This kind of bug should never be present in the full release of a game. It’s fun to laugh at silly collision mistakes, but a game should not break to the point of risking damage to the player, and the negligence on display here made me furious.

There’s also online multiplayer, which I wasn’t able to try out since none of my friends wanted to play this game. I’d imagine playing in a group would go some way to relieve the tedium of the regular gameplay loop, though the temptation to go rogue and ruin a mate’s perfect shift would be very strong. Look, I’m sure someone somewhere is enjoying Police Simulator in spite of its many critical flaws. However, the core experience is severely lacking as both a simulator and a game.

Police Simulator: Patrol Officers is a game that should not have been made. It provides a core gameplay experience that is neither realistic enough to be a simulation nor interesting enough to be an actual game. At the same time, it unironically tries to cater to a fantasy that positions everyday people as enemies to be dealt with. Shamelessly borrowing the trappings of the Grand Theft Auto series without any of the satirical overtones leads to an unsettlingly pro-violence experience. It is even difficult to enjoy the game’s impressive environmental design thanks to a litany of visual glitches. Police Simulator: Patrol Officers misses the mark in almost every regard.