Melatonin is a rhythm game from Half Asleep that offers something we haven’t seen in the genre in some time. Featuring a twenty-something dozing on their couch, drifting off to sleep and dreaming of menial and abstract ideas, it’s highly conceptual. Then basing bite-sized rhythmic levels on these ideas, it’s up to players to make their way through these songs, maximising their score. Feeling more like a game to be more deliberate in quirk (think Rhythm Heaven rather than Dance Dance Revolution), Melatonin delivers a really tight and hard-to-fault experience.

Melatonin takes place across five chapters. Four levels make up most of these chapters, ending with a remix that contains a new song but contains all the gameplay elements of these prior levels. Adding to the mix is a hard version of each of the songs and the remixes, upping and lowering the tempo often without much warning. While a prior known formula and loop for the rhythm genre, having these alternate versions did allow for further self-improvement. I won’t spoil the nature of the final chapter but it is a final gauntlet of apt challenge.

Introducing each of these chapters is a short accompanying cutscene that loosely introduces the theme of said chapter’s levels. The chapter that starts with our hero drifting off to sleep on the couch with the laptop on their lap features dreams involving money and work. A later chapter sees the main character in something of a broken sleep schedule relapse, with heavy eyelids and energy drinks littered around them. Accompanying this are some of the tenser and more challenging levels with dreams about stress, life goals, and more. While remaining very light in a narrative, it is engaging to see a dreamy and brief bird’s eye into the character’s life.

The gameplay is simple but effective. You needn’t worry about a zealously fast input, mashing between directional buttons a la Dance Dance Revolution. The only input needed is a single-face button on a controller and the triggers. Longer hold presses are required from time to time, but that’s it. This minimalistic approach is not only more approachable but just welcome. I never felt my fingers or wrists ache trying to perfect a song. The songs themselves are just the right amount of difficulty that it’ll extend the otherwise relatively brief length as you retry, attempting to get a song down pat. 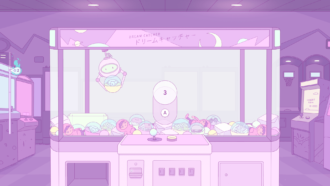 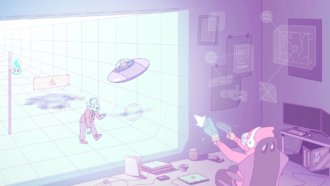 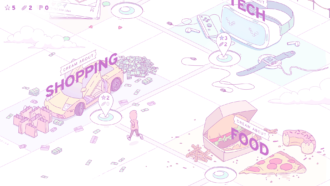 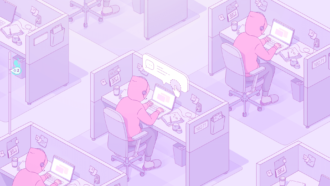 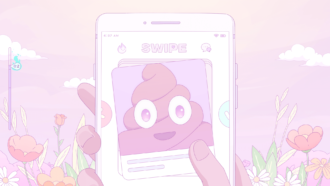 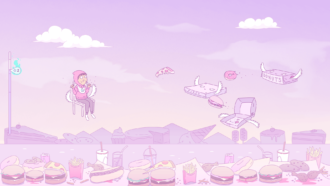 Familiarising yourself with the rhythm becomes more challenging when, in true Rhythm Heaven fashion, the visuals you once relied on to nail the button timing become deliberately obscured. But an example of this is a song where you’re situated high up in the sky. Before long, clouds and other obstacles may obscure the visual prompts that clue you into the timing of a song. Only then must you truly listen to and feel a given song, sometimes trusting your own wits when the added challenge of a tempo change pops up. It’s moments like these that bolster the strength of the soundtrack, which never really goes too out there in difficulty.

It’s a good thing the soundtrack delivers in Melatonin too. Painted into very pastel, dreamy vignettes, the music is lo-fi and floaty to compliment this. It’s a perfect fit really; picture a set of levels set in the subconscious, backed by tracks that feel very reminiscent of those popular lo-fi studying playlists you’d find on YouTube. Songs are distinguished just enough to each have their own flair to them. Darker-themed levels have more moody tones. Happier, dreamier levels (like that of one going on a shopping spree) feature tracks that are more upbeat in tempo.

Through no fault of its own, Melatonin does struggle to have songs that really become earworms. None feature lyrics or sweeping numbers, something that definitely adds to that effect in notable genre entries. While a bit missed, it’s entirely forgivable when you consider the game’s scope both in development and gameplay to sink your teeth into.

Melatonin milks its ideas for levels quite well. One joyous instance where the protagonist dreams about aspirations has players controlling a claw machine, collecting gacha balls that contain small houses, wads of cash and more. Another has you in a darkroom, destroying developed photos of old memories with a lighter to the song’s beat. Dreams about video games, eating food, and the passing of time are all realistic dreams one would have. One’s subconscious can be highly stimulated with ideas or just as menial with everyday tasks. Melatonin doesn’t outstay its welcome in these ideas and level explorations, featuring about 20 to go through and conceiving each quite well. It does however mean that the joy the game brings is a little short-lived.

Playing through each level is a blast, I just wish replaying and going back in was that little bit smoother. Starting a level requires a player to load into an overworld, run up to the level they so wish to choose and then opt-in. Totally fine on your first playthrough, as the cutscenes of the protagonist dreaming transition seamlessly into this ethereal world. However, if you just want to go back in for some bite-sized fun, you have to recall which night of dreams has the level you’re after, and approach said level again. A quicker level select function following the completion of the game would’ve gone a long way in this regard.

There are also wonderful accessibility options to make your time as comfortable as possible for players. One can calibrate the timing offset for button presses by the milliseconds, decreasing if they find themselves often hitting early or adding for late notes. You can add back in the audio of a ticking metronome and a visual representation of when one needs to press the relevant button prompt. There’s even a ‘wiggle room’ button that provides a little more leeway for if you successfully performed a ‘perfect’ note or not. All of this really hones in on the feeling that Melatonin wants you to have comfort and fun foremost. No strained or sore fingers will come from your experience, only joy.

Melatonin also offers the opportunity to create custom levels for each of the songs. Setting, songs and the like can be chosen. A timeline at the bottom lets one choose where on and off-beats fall into place. As someone entirely inexperienced with not much of an ear for audio, the organisations I got from this function were messy. Those more knowledgeable may get good mileage out of the feature, but it does somewhat indicate a need for better tutorialising for this feature.

Melatonin is a great entry in the rhythm genre. A good mix of 20 high and low concept levels makes for a tight-knit experience that is short-lived but also doesn’t outstay its welcome. The music is undeniably very catchy, with the beats still lingering in my brain following the completion of the game. A better tutorialisation of the custom level creator and easier level section method would’ve aided the experience just that little bit more but ultimately it doesn’t matter. Melatonin is a well-presented rhythm game, featuring concise and gorgeous pastel art and smooth gameplay that will never tire or injure the player. Accessibility options only bolster this further. If subsequent rhythm games follow suit, then the rhythm genre remains in very good and very passionate hands.