Every once in a while a game comes along and catches you completely by surprise. Picture this: it’s 2016, and I’ve just been given a PlayStation Vita for Christmas, as well as an obscure JRPG I’ve never heard of. That game was Persona 4 Golden and it consumed my entire life for the next few months. Fast forward to the present day, and Persona 4 Golden is now playable on modern consoles. Am I about to lose another 100-odd hours of my life? You bet your bottom, golden dollar I am.

Persona 4, like Persona 3 before it, was a PS2-era JRPG that set the bar astronomically high for others in the same ballpark. In 2012, an updated and improved version called Persona 4 Golden came out, exclusive to the poor-selling PlayStation Vita. Following a PC release not too long ago, it has now finally been brought onto the suite of modern home consoles for some to hopefully experience for the first time, and for gamers like me to lose themselves in again.

Gameplay in Persona 4 Golden is similar enough to its predecessor and fellow modern-console-graduate Persona 3 Portable. Half the game takes place fighting monsters, called Shadows, along with uncovering and solving a delightfully devilish murder mystery plot with your gang of school friends. Speaking of school, the other half of the game takes place living out the day-to-day life of the main character as he builds relationships, undertakes part-time jobs, and participates in the trials and tribulations of a high school student. A significant change from Persona 3 to 4 was the lack of choice for a male or female protagonist – in Persona 4 Golden you play as a male.

There are many thematic and plot similarities between the two games as well. Instead of the Dark Hour being where most of the action takes place, in Persona 4 Golden the drama surrounds the Midnight Channel, a spooky phenomenon that occurs on TVs at midnight that has sinister repercussions for those that appear on it. Instead of climbing the large Tartartus fortress, you’ll be exploring the mysterious TV World’s various castles and fighting your enemies there. Most of the creatures that appear in the Persona series are common throughout, so there will be many familiar faces among both the villainous shadows and the powerful Personas that you’ll be obtaining and fighting alongside. Working on your Social Links (relationships with other characters in Inaba city) will help grow your Personas strengths and abilities, and provides many options for side content and missable story beats that are well worth the work.

This game, however, is a fairly large visual improvement upon the last. Persona 4 Golden ditches the point-and-click, visual novel vibes of Persona 3 and has fully fleshed 3D world, or at least small explorable segments of the world, to play in. Instead of moving a cursor around the in-game areas, you can run around to your hearts content. I found this gameplay much more engaging and modern than Persona 3, which made exploring the rural town of Inaba an enjoyable breeze.

Combat also feels and looks better in Persona 4 Golden. While under the hood, the mechanics are much the same, having a step-up in visuals alongside a greater variety of Personas and combat options make dungeon crawling in Persona 4 a much more enjoyable experience than in Persona 3.
Persona 4 Golden also features one of the most infectious and catchy soundtracks of any JRPG, and hearing it again filled me with joy. I dare anyone who plays to not be caught humming or singing along to the many different vocal tracks featured in the game. The voice acting in Persona 4 is also a step up from Persona 3, with some huge names being featured among the cast, such as Troy Baker, Laura Bailey, and Yuri Lowenthal.

“…while not perfect, there are far fewer examples of problematic and poor-taste dialogue than in Persona 3.”

The quality and attention to detail in ensuring the dialogue and localisation of Persona 4 is at a high standard is obvious because, while not perfect, there are far fewer examples of problematic and poor-taste dialogue than in Persona 3. There is still the odd out-of-touch joke or reference, but in general, the standard is lifted and that is a welcome fact as the game enters the public consciousness once again.

I don’t know how else to put it, but this game really is just a downright banger, plain and simple. You know how it’s hard to define why you might love your favourite movie so much, or your favourite band? It’s like that with Persona 4 Golden for me… it’s just a sensational, well-crafted, and thoroughly enjoyable RPG. Everything looks great, the pacing is excellent, the cast of characters has variety and depth, there’s a slew of side activities to participate in (bug catching and fishing, anyone?), and some truly engaging and emotionally charged Social Links to develop.

There is just something so special about these Persona games; there’s more character, style, and substance than your usual JRPG affair. Sure, there is a decent whack of pulpy anime cheese, but that just comes with the territory. Persona 4 Golden, as well as its predecessors and successor in Persona 5, manages to balance the over-the-top supernatural elements of the genre with a down-to-Earth relatability that other series just don’t get right. I implore every JRPG fan that hasn’t experienced a Persona game to stop what they’re doing and play one right now. 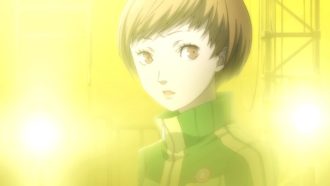 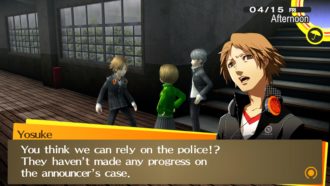 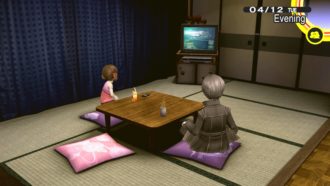 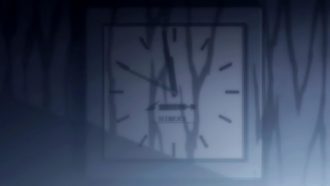 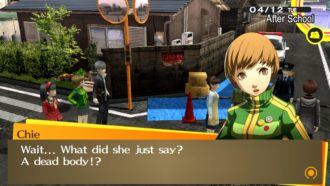 I’m scratching the bottom of the barrel here to find some legitimate issues with the game. If anything, reviewing Persona 4 Golden and Persona 3 Portable so close together highlights not only how much has improved, but also how much the game recycled from its predecessor. Where there could have been wonder or surprise at a throwback to Persona 3, I instead was left thinking “oh… that again”. A small complaint, but one worth mentioning if you are going to play these games back-to-back.

Truly a standout JRPG experience, Persona 4 Golden is easily a must-play for any self-respecting RPG fan. Great visuals, excellent music and sound production, and one of best narratives in any RPG cement Persona 4 among the greatest experiences on PS2, PS Vita, and now the modern suite of consoles. Recycled elements from previous entries in the series may annoy some players especially when played in sequence, but while it is showing its age in some other respects, this hardly detracts from the impeccable gold standard it sets for its peers.