Bethesda is one of my favourite game developers / publishers. I have over 300 hours sunk into Skyrim, 250 into Oblivion, and a combined 2000 hours (yep, that many) into Fallout 3, New Vegas, and Fallout 4. Not to mention run-throughs of Doom, Dishonored, and Wolfenstein: The New Order. So far in 2017, we’ve seen the release of sci-fi RPG shooter Prey¸ PC/Mobile title The Elder Scrolls: Legends, an upcoming full-fledged expansion for The Elder Scrolls Online, and we know Quake Champions is due sometime this year too. 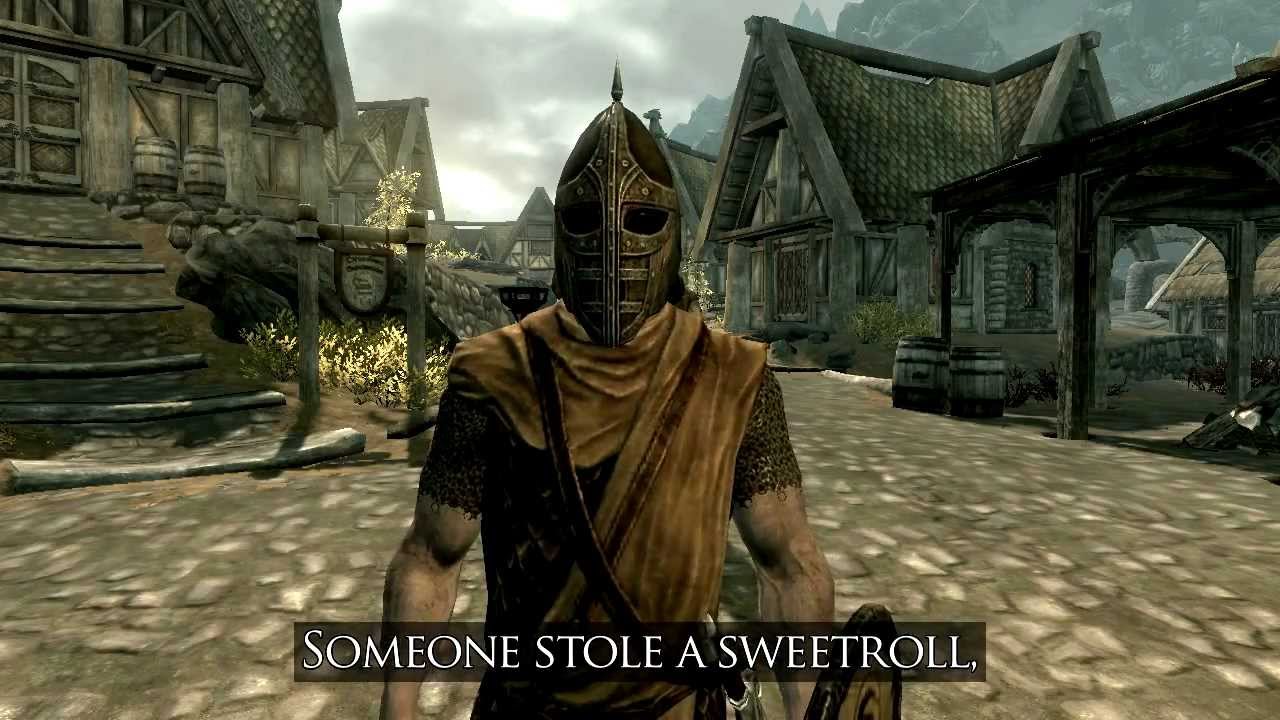 Additional to the above, we know that Fallout 4 will be getting  VR support on the HTC Vive in 2017, and The Elder Scrolls V: Skyrim will be making its way onto the Nintendo Switch (sooner rather than later, we hope!)

So where does that leave Bethesda with E3 around the corner? We can only speculate on specifics, but there’ve been some hints along the way that give us some clues…

We can almost guarantee that Bethesda have 2 games in-development, based on the press invites for E3 2017. The invite, shown below, depicts a theme-park based on Bethesda’s IPs; you can see areas dedicated to The Elder Scrolls, Dishonored, Doom, Quake Champions, and Prey. Also shown are two zones “Under Construction”, which could mean we are getting a couple of juicy announcements this year!

Bethesda already teased the existence of a new Wolfenstein game at last year’s E3, showing a fake boot-up screen that listed all the Wolfenstein games in order, followed by “New_Colossus” with no date next to it. So it would be fairly safe to assume we’re gonna see some Nazi-slaying action on the stage this year.

Digging deeper into speculation territory leads us to The Evil Within 2. Courtesy of a leaked job posting on NeoGAF, it appears Tango Softworks were looking to fill positions for QA and translation for Psycho Break 2 (Psycho Break being the Japanese title for The Evil Within). Could The Evil Within 2 be our 2nd “Under Construction” title?

With Quake Champions coming sometime in 2017, it can be expected that Bethesda will take the opportunity to show off the upcoming PC shooter. Our guess is that we’ll catch a glimpse on a sizzle reel during the presentation, and that the game proper will have a playable demo on the show floor!

Finally, June 6 will see the release of The Elder Scrolls Online: Morrowind chapter, a full expansion pack based in Vvardenfell, the setting of The Elder Scrolls III: Morrowind. Being released so close to E3, they could churn out some promotional material to push the new release on those who may have missed it. The expansion features a new playable class, a new trial, and a new player vs. player mode called “Battlegrounds”, which could make for some engaging demo material during the conference.

While we know another Fallout game is unlikely to be coming in the near-future, and that The Elder Scrolls 6 is a long, long way off, we can’t help but hope we might get a tease of either of these IPs. Being a long-time fan of both series, even a cheeky title card would be enough to sate my appetite for more open-world questing.

With Prey being Bethesda’s new baby, it isn’t a stretch to hope for some story DLC being shown at E3. Fans of Prey will no doubt be looking for an excuse to head back to Talos I, and with the generally positive reviews (we called it “a genuinely thrilling experience“), Bethesda is sure to back it up with some quality, story-driven DLC.

On the topic of DLC, some extra content for Dishonored 2 wouldn’t go astray either. Whilst not a game I have personally dived into yet, we here at Checkpoint were big fans, and I’m positive there are people out there chomping at the bit for some extra content.

Outside of this, we simply don’t know what else could be in store from Bethesda. They could surprise us all and reveal a brand new IP, some Doom content, or maybe even an actual real-life theme park (Bethesda Land has a good ring to it, doesn’t it?). Bethesda’s conference is slated for 9pm on June 11th (PDT), which is 2pm on June 12th (AEST) for us here in Australia.