PAX Aus 2018: Never Give Up is a soul-crushingly difficult good time

PAX Aus 2018 might be over but that doesn’t mean the memories have to fade. This is where we get to talk about all the indie darlings that stole our hearts. For me, it’s a little gem by the name of Never Give Up, another hit by the incredibly talented and witty folks over at Massive Monster.

I have to admit to you now that I’m a little biased to the work Massive Monster pumps out. I have some pretty high praise for the studios’ previous work The Adventure Pals. Whilst Never Give Up is a very different beast, I fear I’ll end up loving it anyway just in a very different manor.

So what is Never Give Up? Well it’s the latest smack you in the face with a wet fish, soul-crushingly hard platformer from the brain trust over at Massive Monster. Whilst at PAX Aus 2018 this past weekend I had the chance to not only go a few rounds with this merciless game but I had the absolute pleasure to speak with artist and director James Pearmain about how the concept of Never Give Up came to be and what fans of their previous work The Adventure Pals can expect from the new title.

James told me that Never Give Up will appeal to the more masochistic players out there who not only want the game to challenge them but punish them for succeeding. By this he means every time you manage to complete a level in the game, another element is layered in to make it even harder. Buzzsaws? Guided missiles? Giant rhino mechs?  Never Give Up is the hardcore platformer where one wrong move means a violent demise.

During my time playing this hellish delight I instantly realised its streaming potential and James confirmed with me later on during our interview that this is very much something they hope to see with the game at launch. It’s a highly stream-able game with players making speed runs through the levels or simply just throwing themselves head first into repeated carnage, either way for an audience it’s highly enjoyable. 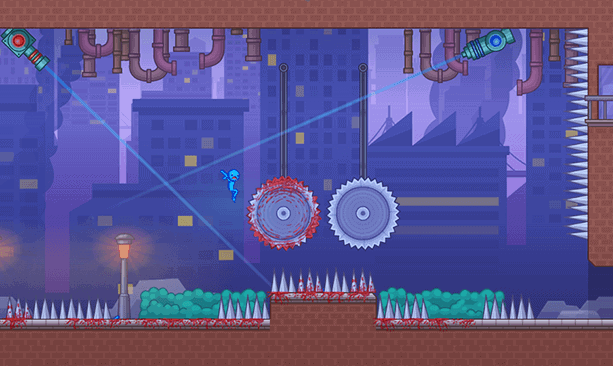 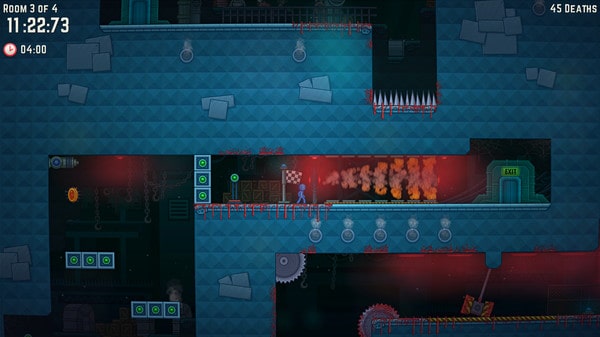 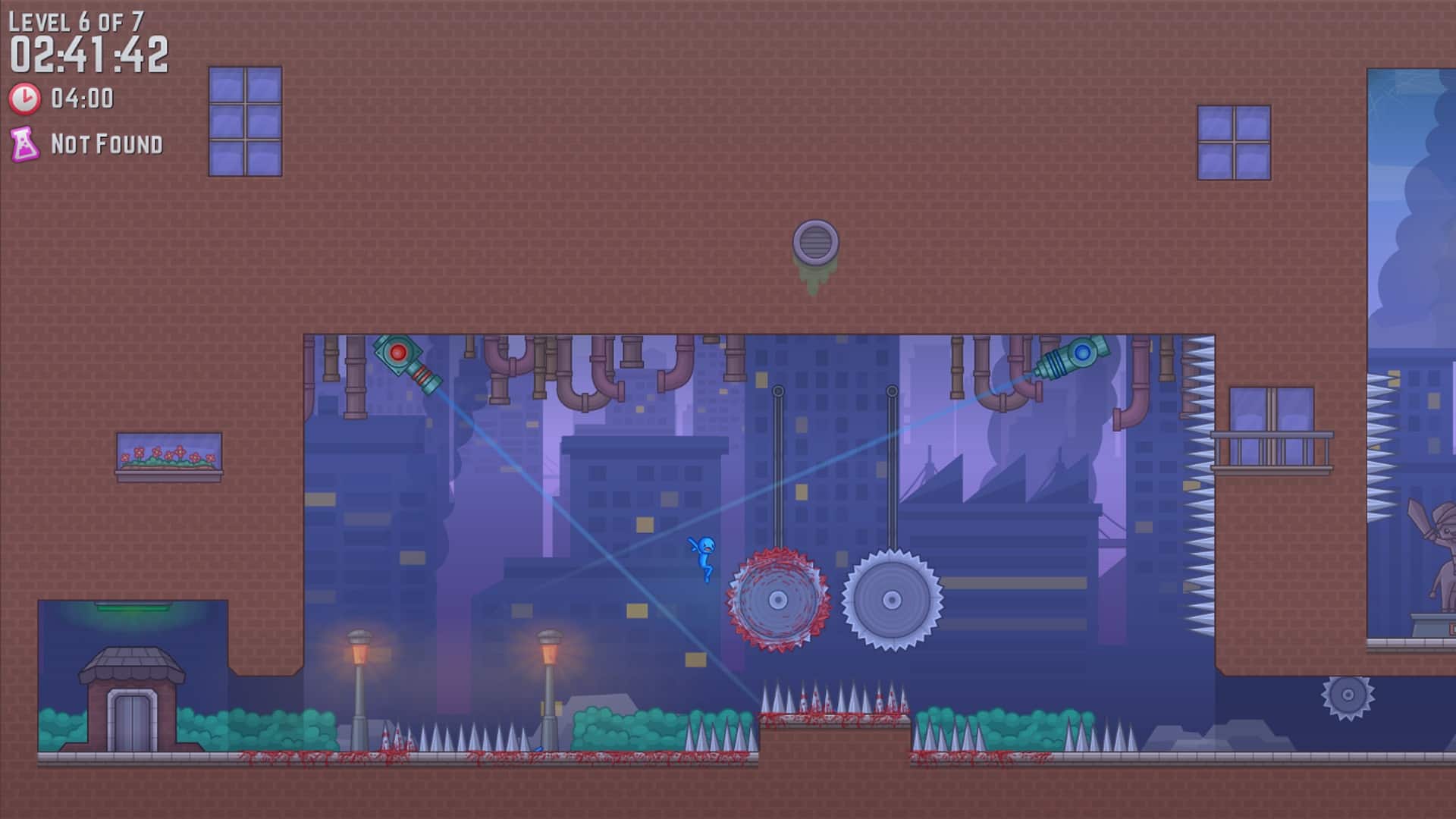 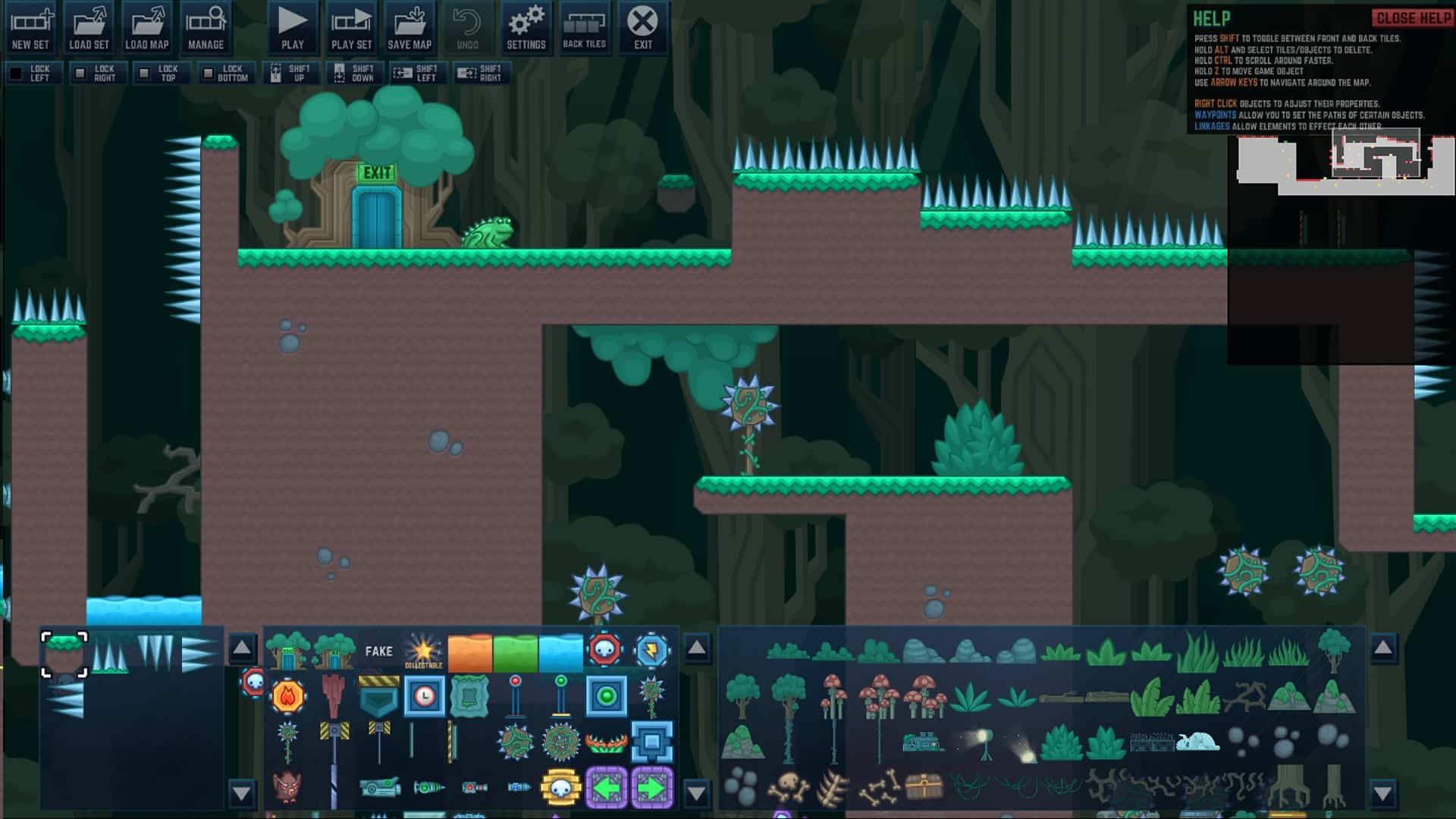 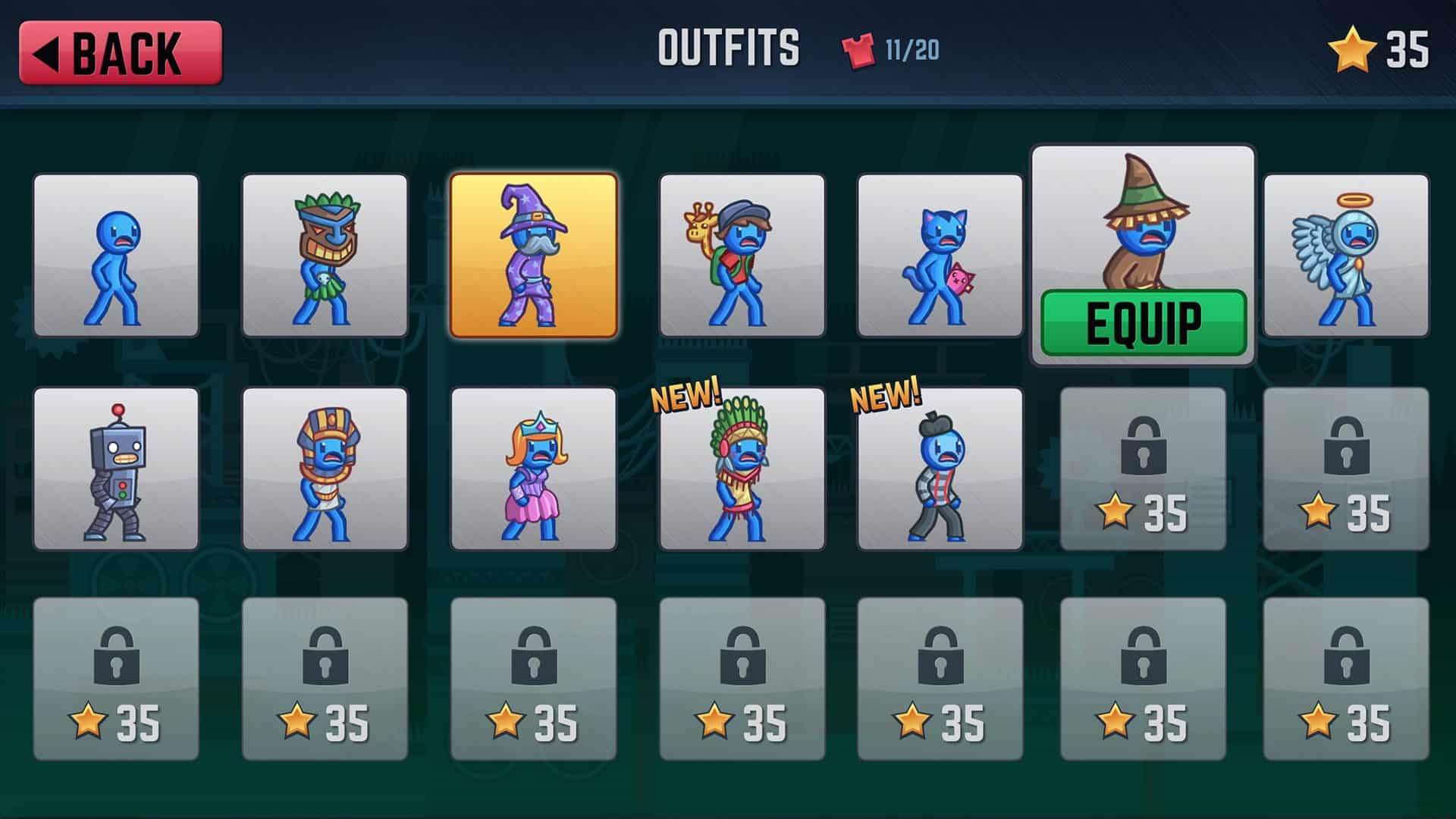 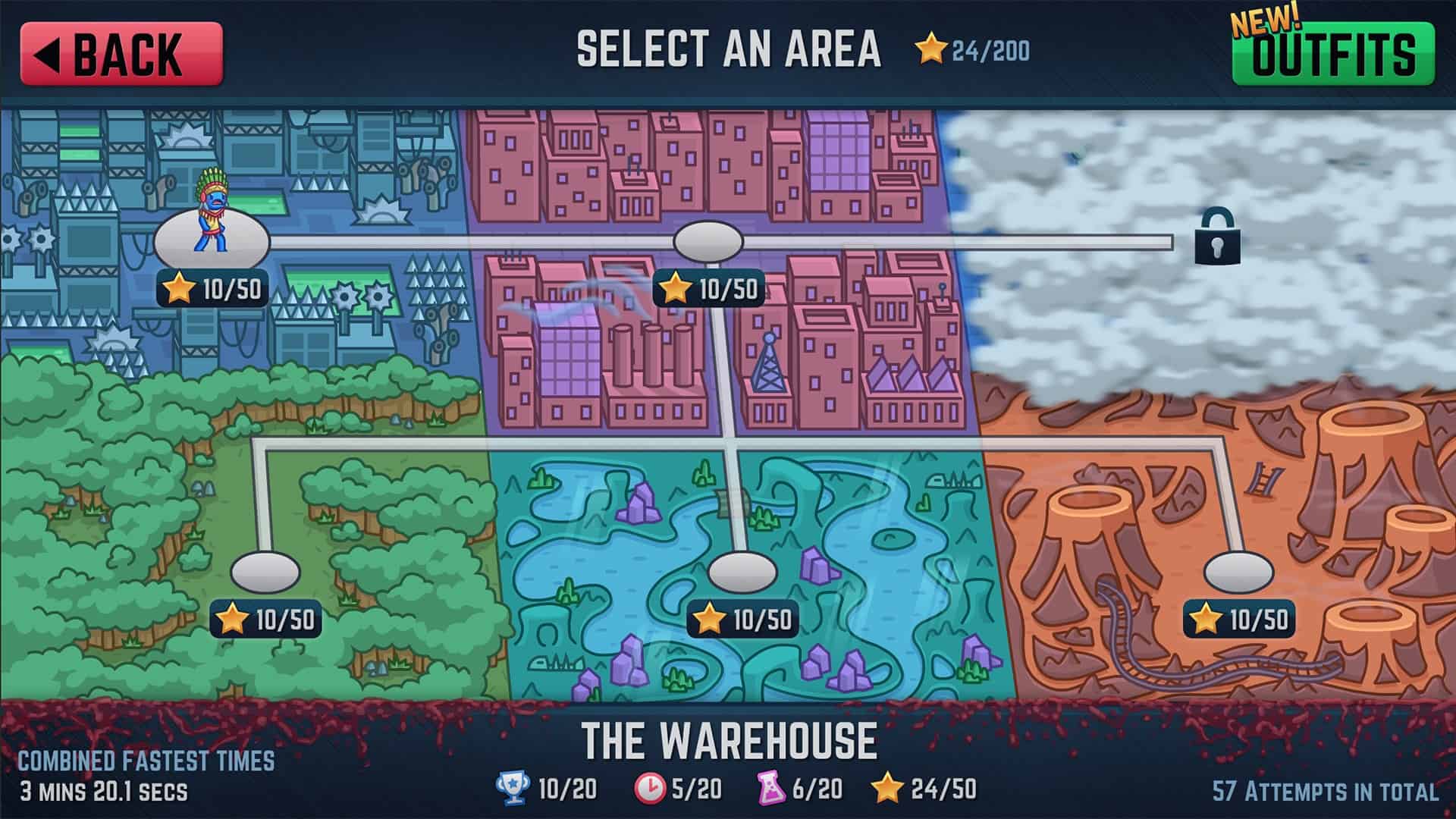 With the addition of various costumes and easter eggs scattered throughout the game, illustrated by well-known artist Jimp, bloody dismemberment has never been so cute or so highly frustrating. But the fun doesn’t stop there, an in-game level editor will be included so you can make your own painfully difficult stages to inflict upon your friends when Never Give Up releases next year on Steam.