Darksiders has always been a series desperately trying its best to get its feet off the ground. It hasn’t always had necessarily favoured experiences but it has still managed to garner a loyal cult following among fans. Rightly so too, it has some excellent narrative ideas that just aren’t always perfectly pulled off next to its gameplay.

So, when Darksiders Genesis, the new series entry that plays like an ARPG or dungeon crawler, was announced, I was excited. This seemed far more my speed. I got the chance to spend some time with it at PAX but even more so I got a more intimate go at the game this past week, in a more private and fitting session. I was really pleased to say the least.

I really couldn’t think of a better way to build upon this franchise. Darksiders Genesis is also a prequel to the series, and looks like it’ll be a good way to introduce you to the dark charm of the franchise. If you’re playing Darksiders in co-op players will have to choose between who controls which horseman brother, the returning War or newcomer Strife. On the other hand, solo play allows for you to swap between characters on the fly, seeing which ones gameplay suits you more personally.

Strife is a charming gunslinger, always ready with quips as quick as his rapid firing guns that he mows down enemies with. He was my favourite of the pair, and I found a lot of joy in trying out the different ammunition types he had on offer, shocking enemies with my gun then scoring a sweet finishing melee blow with the press of a button. The bigger, badder War and his gameplay was a bit average for me if I’m honest. Throwing his sword didn’t quite feel satisfying enough nor did it look like I was really doing much damage to the more meatier enemies. This however should be taken with a grain of salt, I can see War playing a big and fun role in Darksiders Genesis outside of the controlled sections I got to play through.

“You’re more commonly than not using fun, simple grip-hold climbing mechanics to ascend to higher levels in dungeons. I love this.”

As for the levels I played, comparisons are quite easily going to be made to Blizzard’s Diablo. You’re exploring dungeons, facing waves after waves of undead enemies, spirits and the like in some tight, dark and dingy spots. You can dodge and dip your way out of trouble when need be, and then reserve your more powerful moves and abilities (such as a spirit that aids you) for big groups of enemies. It’s all something we’ve seen before and familiar. It’s not a bad thing either though, there’s still plenty of Darksiders’ character there.

One thing different that I haven’t noticed all that much in games like Diablo that is present here is verticality. Sure, in the genre you’re exploring levels upon levels of dungeons, but you’re doing it from simple doorways, sending you magically to a new area. In Darksiders Genesis however, there’s a bit of the soft, not too strenuous platforming there. They use this well, and you’re more commonly than not using fun, simple grip-hold climbing mechanics to ascend to higher levels in dungeons. I love this.

I think my highlight of the two demos was actually the boss level. Starting the first level as Strife, and watching him very slowly open this giant door to the boss room filled me with anticipation. You take your first few steps inside this giant room and there’s gold everywhere, not dissimilar to the home of The Hobbit’s Smaug.

From there, you’re fighting a great big demon by the name of Mammon. So much fun was had here, dodging and weaving not only the spells he casts but the foes he summons to also battle you. Strife was perfect for this. I’d dodge this enemy and dodge that, maybe take out one or two of the smaller foes for some health pickups, before blasting a charged shot at the boss. The motion of dodging between the bullet hell like spells that were flying at me from every direction was challenging, but fluid and satisfying. 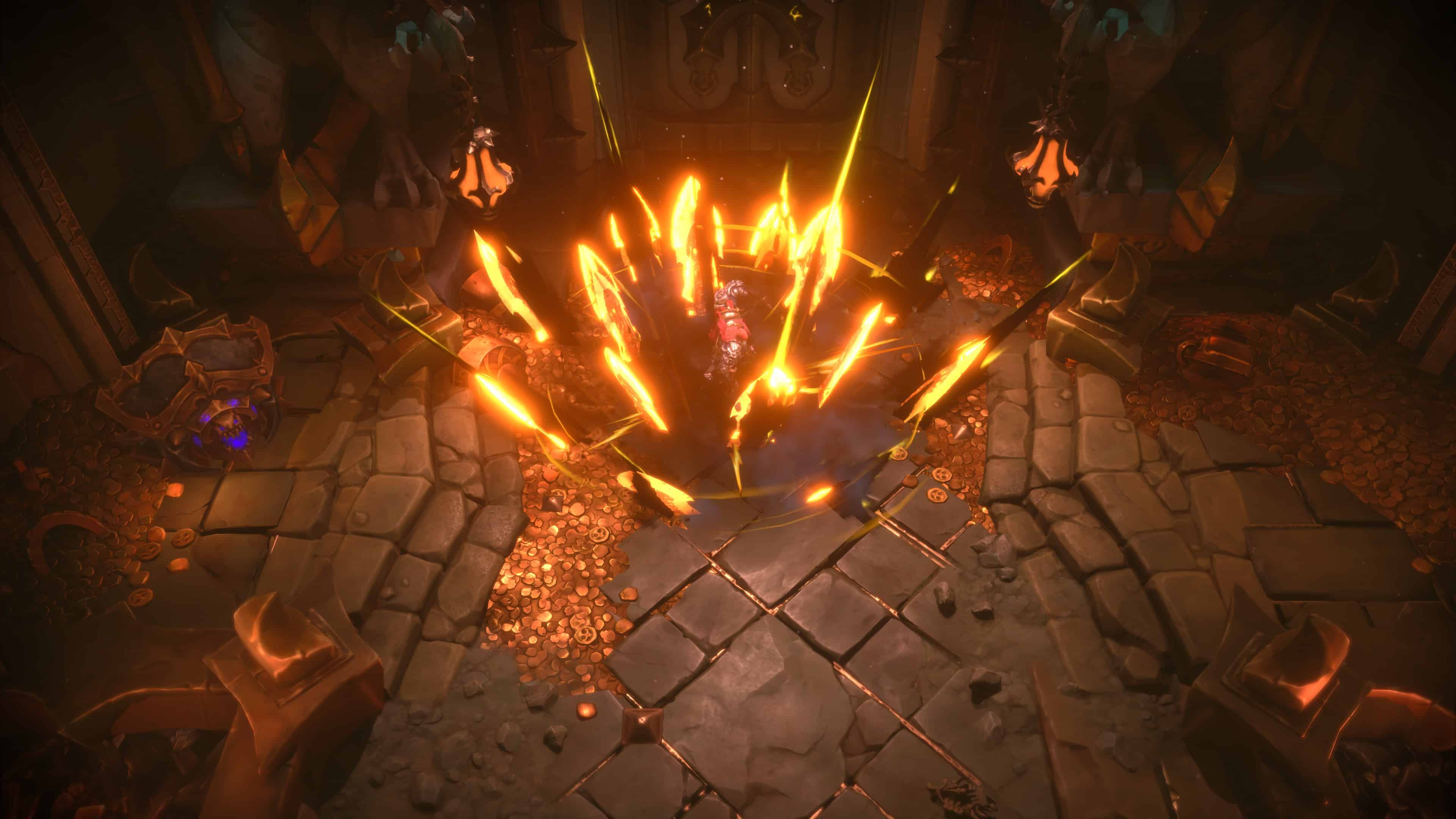 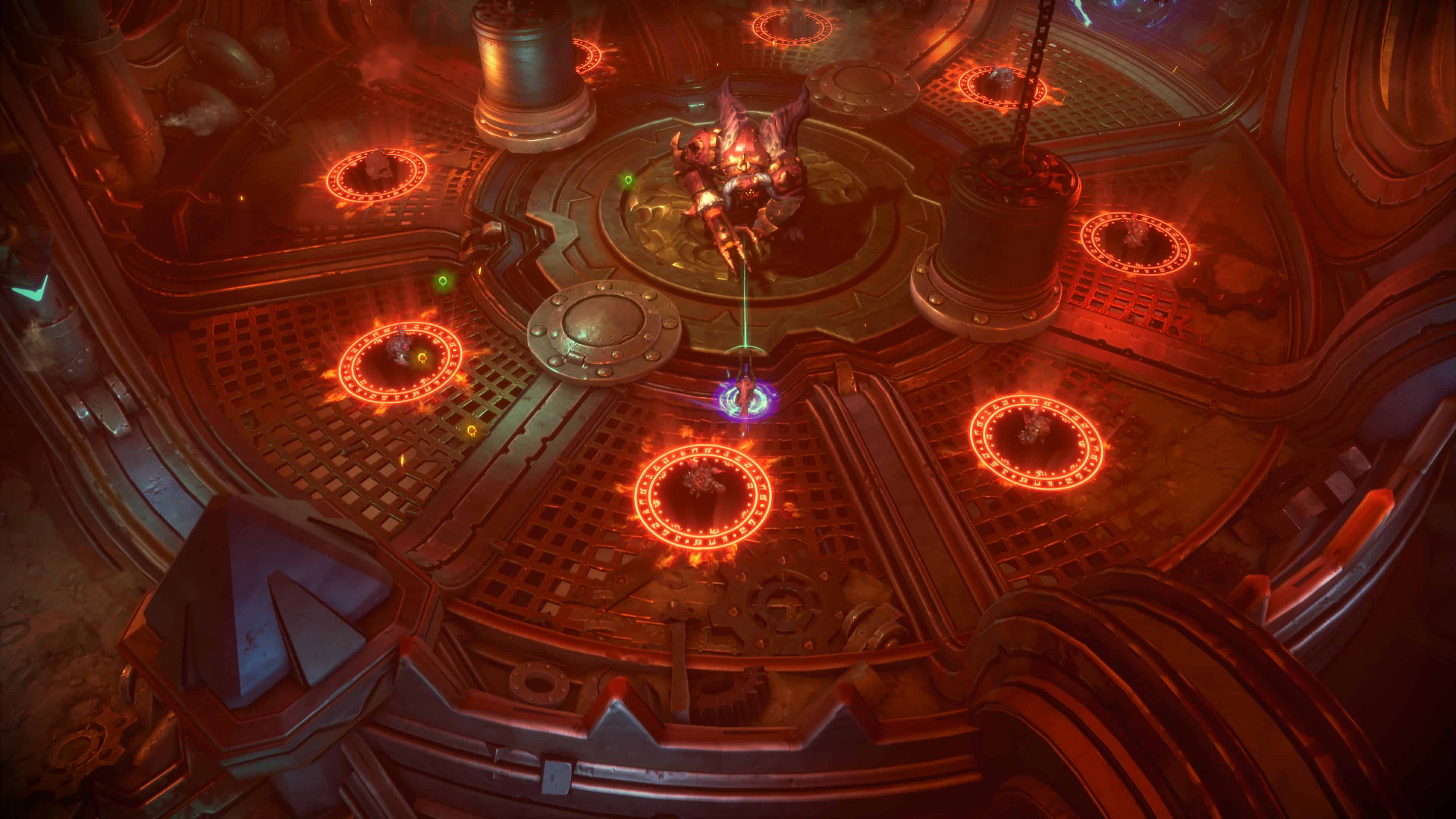 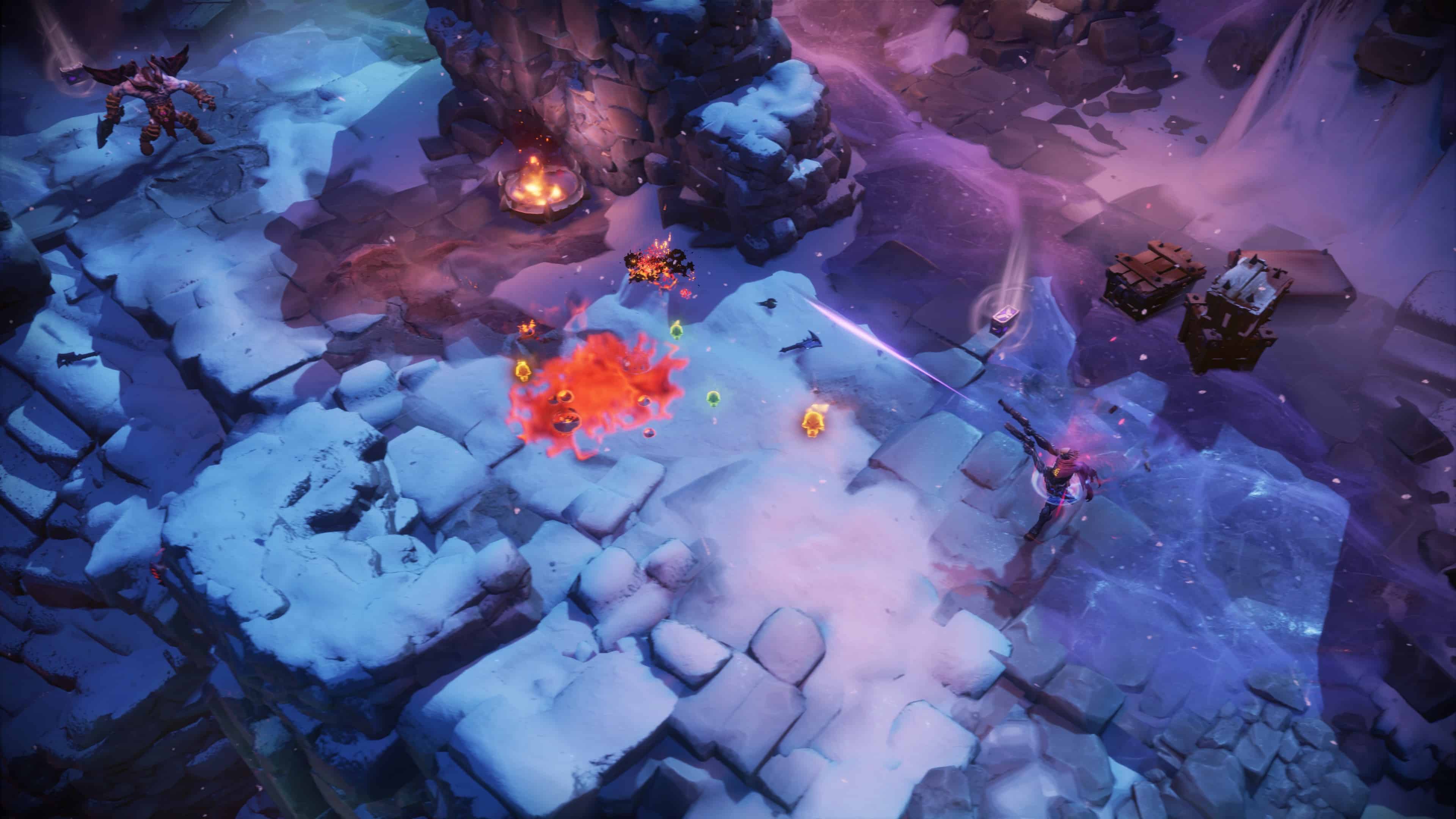 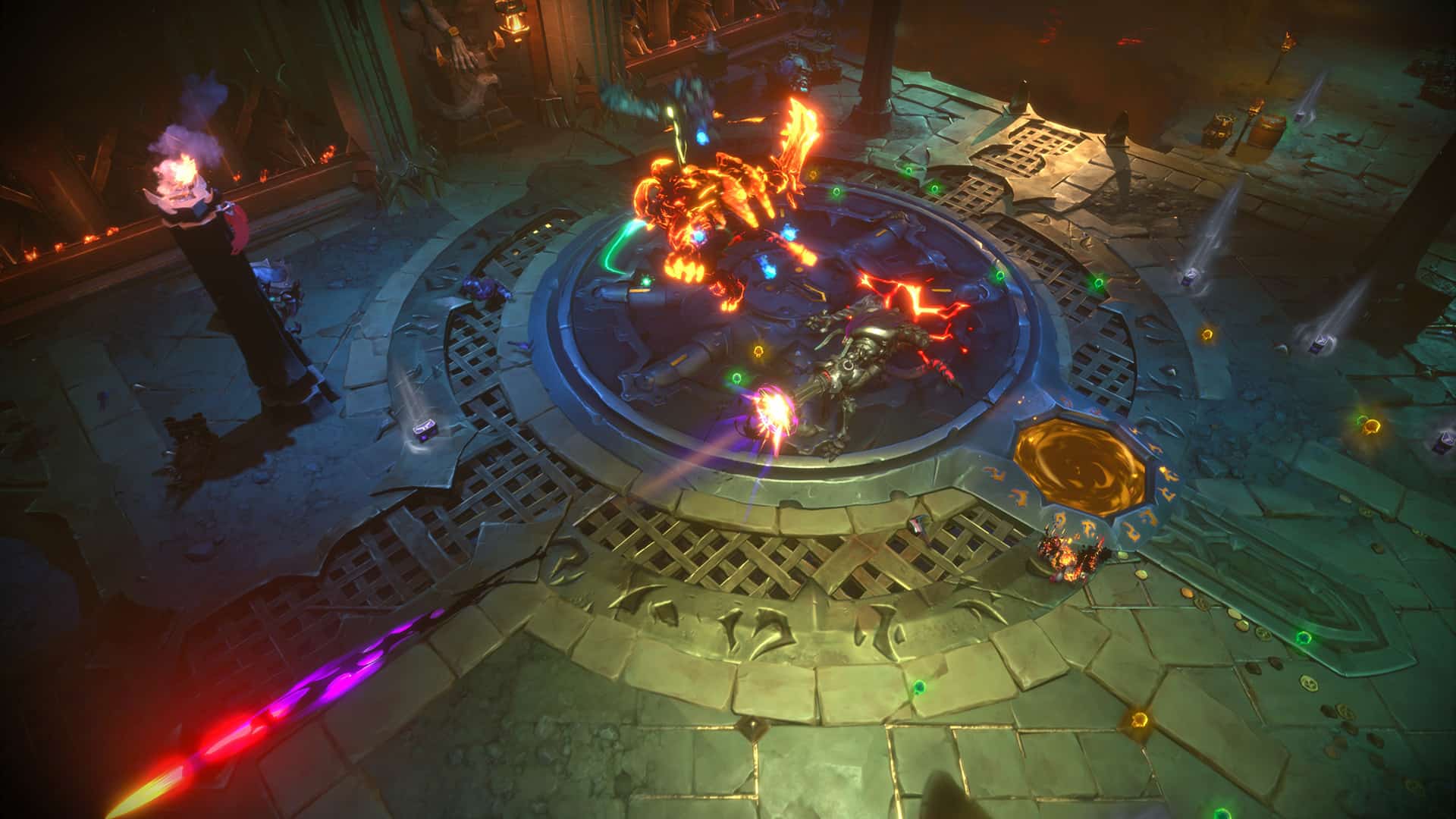 Admittedly, I’m quite excited for Darksiders Genesis. I’m personally very on board for a new shakeup in the Darksiders formula, covering new grounds and hopefully bringing in loyal fans and newcomers alike.

Darksiders Genesis releases on PC on December 5th, with a release for consoles soon to follow on February 14th 2020. Are you excited to explore some new depths?