Shenmue III Hands-on – More of the same, but shiny

I got the privilege to preview Shenmue III this week ahead of its ever nearing November 19th release. It’s the first series entry in eighteen years, the sequel that everyone thought would never happen. I’ve only dabbled in the first series entry in the past so I wasn’t too sure what to expect with this one. Following the promotion it’s received the past year I couldn’t help worry whether a new entry was worth even exploring. Luckily, I found I was surprisingly quite pleased.

If you’re familiar with the franchise of Shenmue there’s plenty of the stuff you know and love returning here. Your cheesy stitled dialogue and voice acting returns for not only the random extra characters you’ll meet on your journey, but Ryo himself. You could argue this is a fault for Shenmue but so much of the appeal for myself is this alone. I love cheese in my video game stories, what can I say?  Meanwhile, the vast amount of minigames such as gatcha balls and lucky hit have also returned. Janky but fun QTEs and combat are present too in all their glory.

I really have to commend Shenmue III for its ability to immerse yourself in its world. As you’re wondering around Bailu village, the games’ first area, you’re enriched the more you explore. Water beautifully trickles downstream towards the village as you near it at the demo’s beginning. A gorgeous, ambient number also plays as you’re exploring this lush Chinese village. In these paths branching off and around Bailu there’s tufts of dandelions and other plant life bursting with colour. It’s a nice change to the suburban and street like setting from the installments prior. The character models of the more minor characters still are quite flawed but it’s still a relatively pretty game in its design.

As touched on before, Shenmue is very, very familiar of its predecessors. I’m not just talking in regards to its various minigames you can spend hours getting lost in either.

The 2 and a half hour demo saw Ryo and Shenhua together tracking down some thugs that visited and caused a ruckus in the village. It’s very reminiscent of the originals in that you’re constantly hearing whisperings from villagers of hints that can point you in the right direction. At one point I was searching for one villager that had seen these thugs first hand. As it’s Shenmue, I was questioning everyone around me, constantly finding myself at a spot where the villager had just been and I’d just missed. It’s a story beat that can prove slow, humorous or just simply frustrating depending on players’ narrative preference. I imagine a lot of the game will play out like this: a game pace Shenmue fans have come to know and love but may not translate to newcomers.

“Shenmue is very, very familiar of its predecessors.” 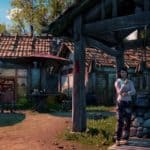 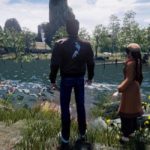 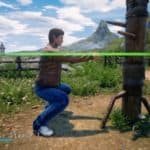 If you’re a Shenmue fan I think you’ll be pleased to hear you’re getting more of the same. In my opinion if you mix the formula up too much it could tread too close to the more recent Sega franchise Yakuza. Differences are important here.

Whether Shenmue III playing the same pays off or not, fans won’t have to wait long. Shenmue III is out on November 19th on the Epic Games Store and PS4. Hopefully it performs well enough to result in more sequels that director Yu Suzuki and fans undoubtedly want.