Nom Nom Apocalypse is a quirky, fast-paced shooter made in Melbourne

One of the first things that stood out to me when playing Nom Nom Apocalypse was its streamlined aesthetic. Fighters, monsters, and objects are all rendered in the same quirky and colourful style. While the style might feel too generic for some, I found that the game’s enemies and characters were modelled well. This, combined with the bright colour scheme, certainly piqued my interest. I found this degree of polish a particularly impressive feat given the game is the creation of a solo developer.

The gameplay, however, took slightly longer to draw me in. You can play as one of four ‘food fighters’, either in single player or co-op mode. Each of these characters is equipped with their own unique power and comes with a set of perks and abilities. While some characters might be equipped with a power that boosts their defensive abilities, for example, others can spawn certain items along the way or boost their attack stats. 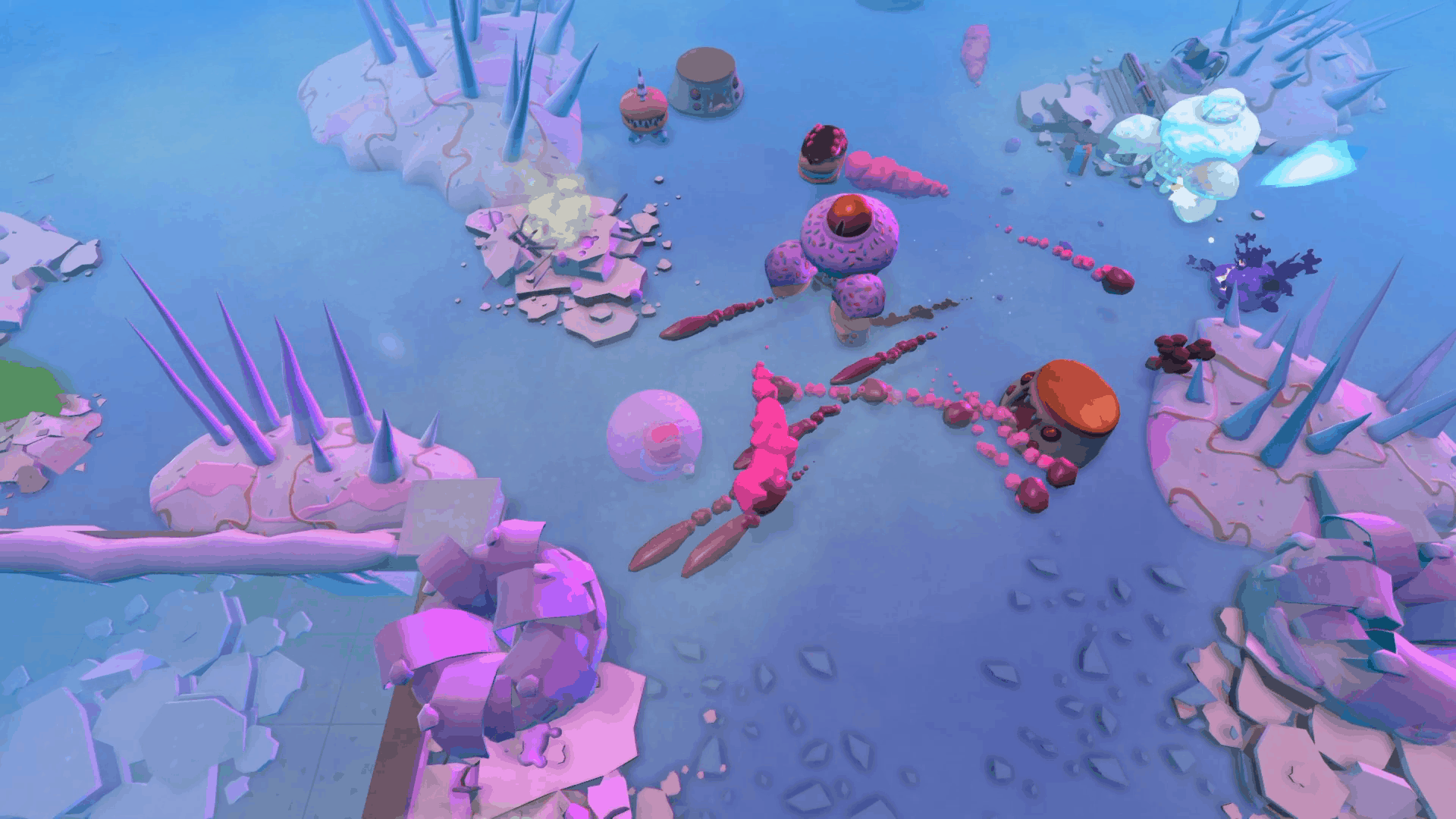 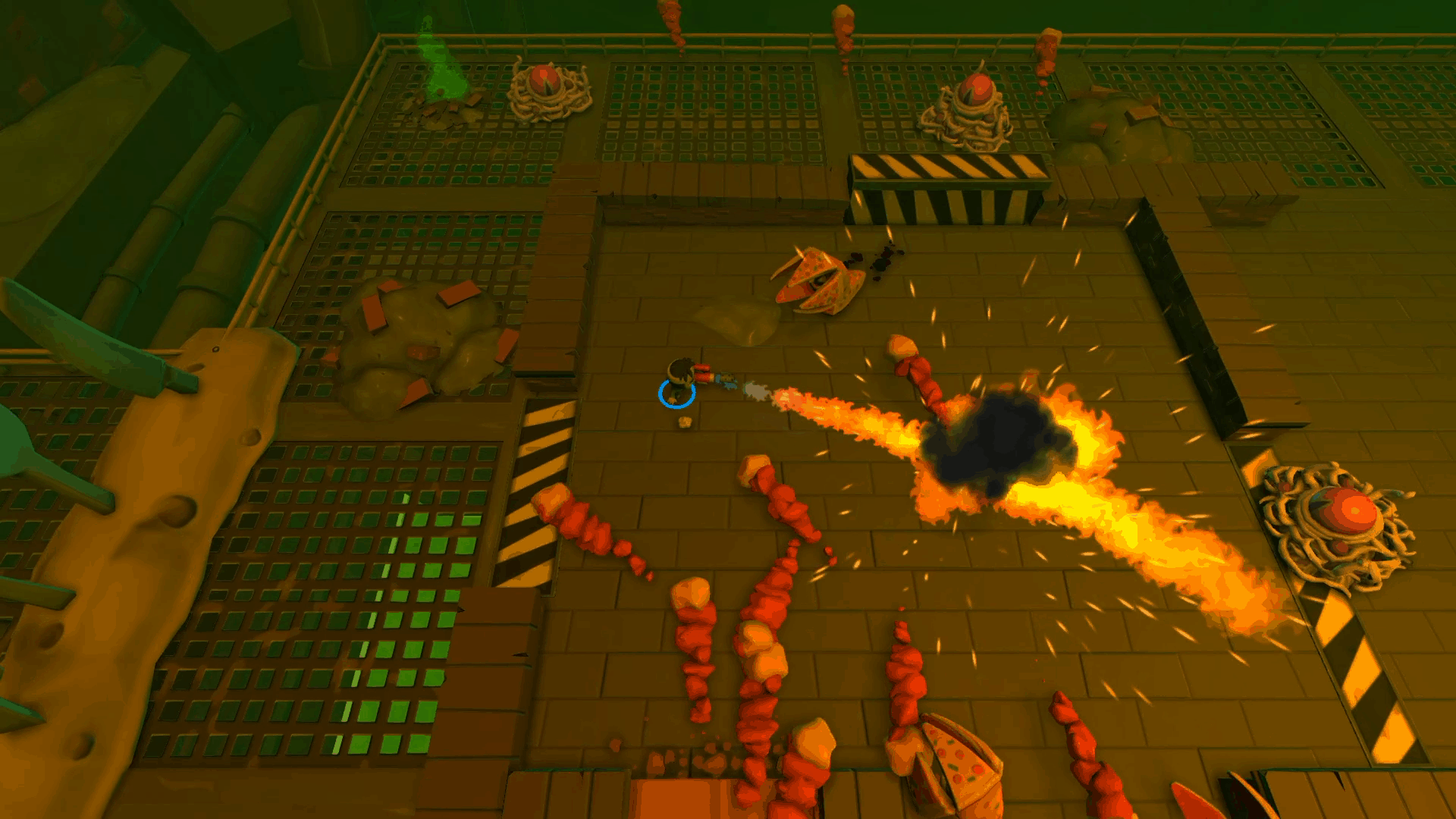 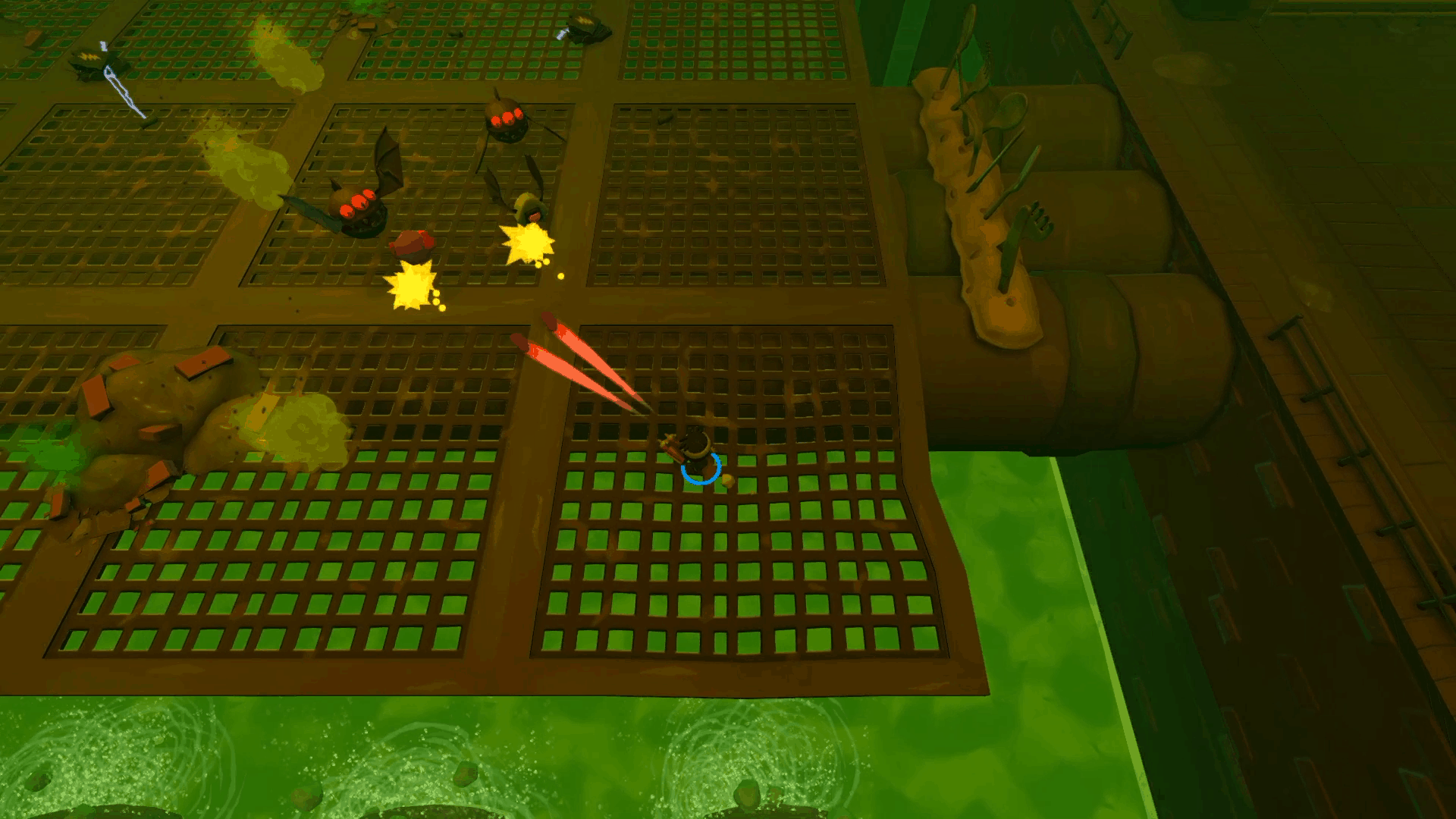 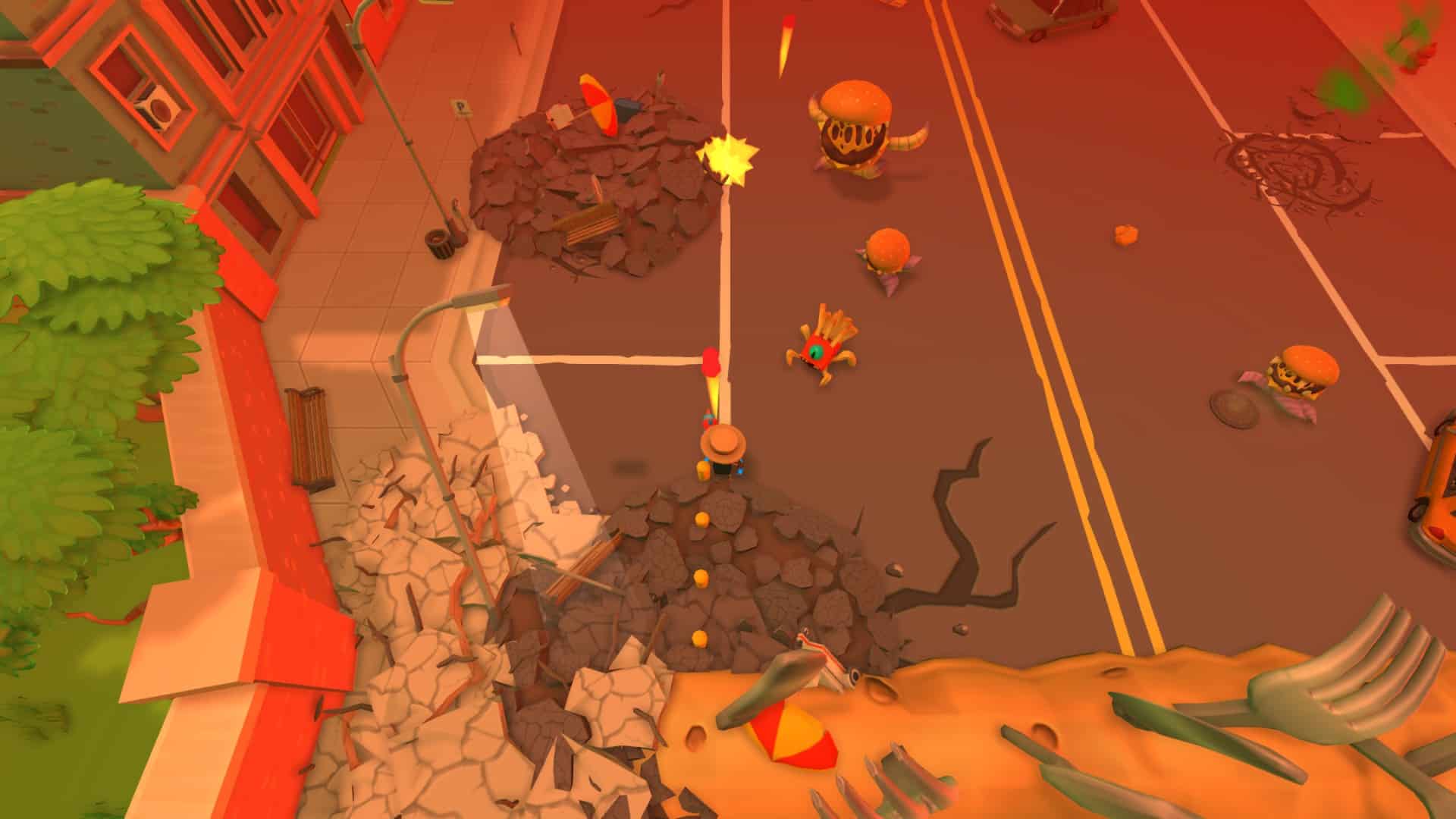 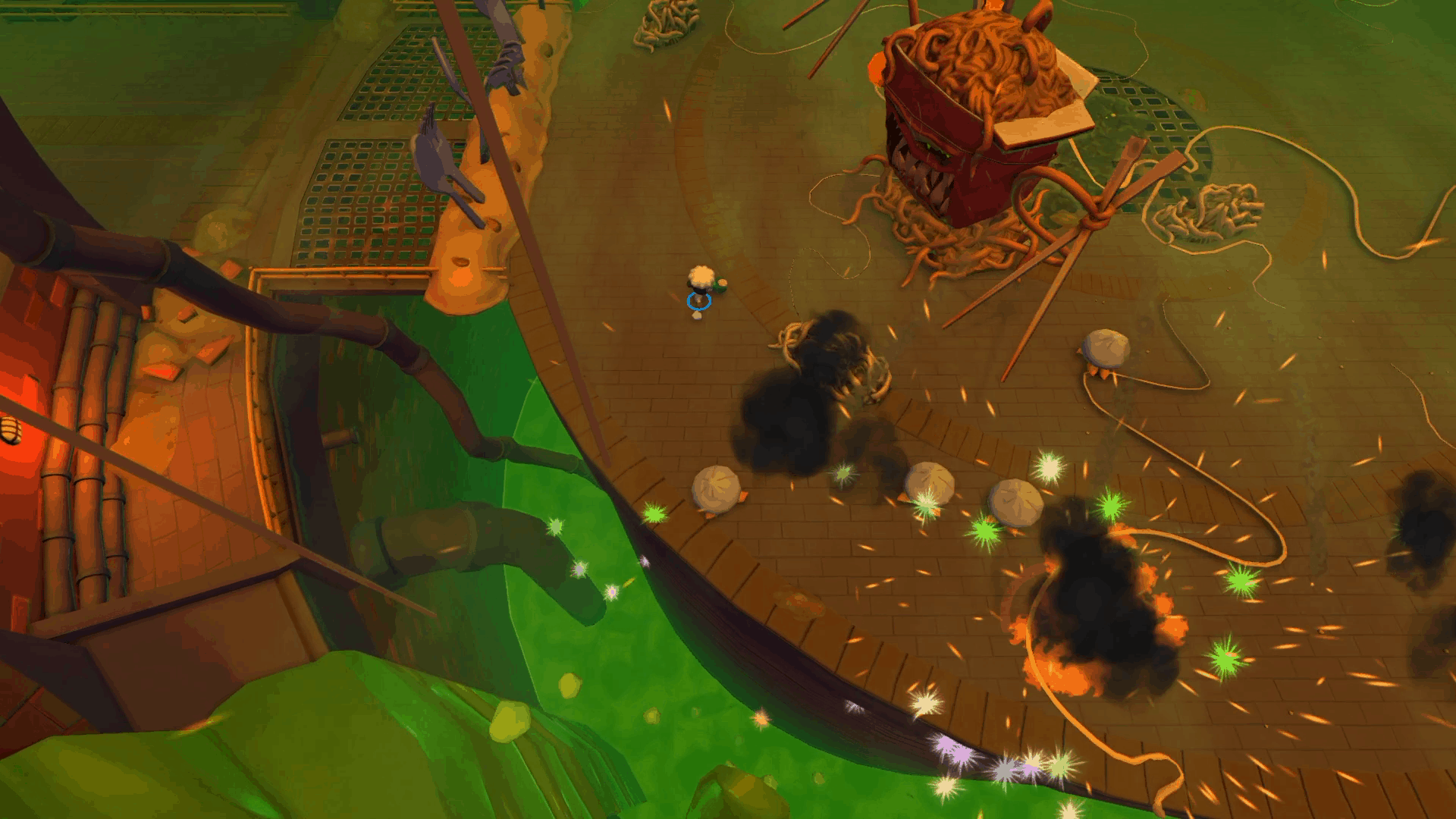 These powers come in handy too, because Nom Nom Apocalypse loses no time dropping players into the middle of the action. After watching a short cutscene of a microwave exploding and spitting out rows of angry muffin-shaped monsters, you’ll be out on the street shooting your way through waves of enemies straight away, trying to kill as many monsters as possible and survive for as long as you can. As you get better at the game and complete levels, you unlock additional characters and transferable perks that carry over into the next playthrough.

While some levels appear familiar, sections of each level are procedurally generated, so are in fact different with every playthrough. When coupled with Nom Nom Apocalypse’s fast-paced combat, this a great way to keep things challenging and make sure you never rest on your laurels for too long. With its relentless pace, endearing and colourful graphics, and simple but challenging gameplay, Nom Nom Apocalypse is reminiscent of old-school arcade games. It immediately hooks you in by giving you just enough of a challenge to sink your teeth into without it feeling tedious or frustrating.

“…it’s easy to dive into the gameplay quickly and with no fuss.”

Through a simple set of keybindings where you shoot with your left-mouse button, throw knives with the right, and dodge with the space bar, it’s easy to dive into the gameplay quickly and with no fuss. However, Nom Nom Apocalypse’s biggest strength – its simplicity – is unfortunately also its biggest weakness. After a few playthroughs, the gameplay feels monotonous in places. Some levels start blending into one another and, after a while, I could feel my mind drifting in the middle of battle.

That said, the overall point of a game like Nom Nom Apocalypse is not to sweep players off their feet with a layered story or giant sprawling world. Instead, it offers a simple and easy gaming experience to casually engage with. It successfully provides players with a quick gaming fix. It doesn’t hurt that it possesses a certain nostalgic arcade-era appeal, either, which is something that many studios strive (and struggle) to replicate.

If this sounds like your jam, Nom Nom Apocalypse may well be worth picking up. The game is available now on Steam.