I’ve got to experience quite a few VR titles now, as par the course of our VR Corner feature. It’s provided opportunities to find little nuggets of gold in gaming. None have felt near having the nice yet wonderful concept of “What if Team Ico made a fully fledged VR game?” That is, until I played Mare. With only some minor issues to complain about, the game’s a delight. I’m all for it.

Mare has a unique and engaging premise going for it in the VR space. Players control a mysterious, artificial mechanical bird that soars around a mysterious island, filled with ruins. Along their adventure they cross paths with a companion in the form of a young girl. It’s up to the duo to delve through the island and uncover all the secrets that await. Just what’s going on here? Is your new companion the key to solving everything?

Really, that’s the narrative gist of Mare. There isn’t a clear-cut a story in the game, and no dialogue or exposition is provided to you. Instead, exploration is key and it works quite well. Provided is a surprising amount of environmental storytelling for that of a VR game. Around each new ruin and each crevice will leave new guesses about what just went on here.

“Provided is a surprising amount of environmental storytelling for that of a VR game.”

If I had to nitpick the game’s premise, I’d have to point to lack of development between characters. In games like The Last Guardian, the protagonist and furry creature Trico got the chance to further their bond throughout the game. Here, the bird you control and the little girl you guide just don’t interact in the cute and cuddly way they should. Sure, you feel concerned when the girl faces danger and it’s up to you to save them. Though that’s really it. If you’re inspiring yourself so heavily on games like the Team Ico catalogue, wouldn’t that be an important moment you want to pull off?

Mare also is a game that has a “true ending”. The problem is it’s hidden behind collectables. Throughout the game you can collect little cats which are achieved by directing your companion off the beaten path towards them. Sure, they’re not hard to obtain but it’s still a frustrating addition to add to unlock the final ending of the game, something I didn’t learn until the end. With the short but sweet base story with an interesting enough finish, I felt satisfied with my time spent on the game. This is not the type of game that needs a true ending, let alone have it hidden behind the tedium of collectables.

Boiling it down, Mare is a point and click adventure. You’re a fairly passive observer in the world, only interacting with certain flagship points in an environment that you can click on to get the bird to fly to. Do so and you’ll too be transported here, often providing peaks around corners and seeing new routes that were previously obscured. Often, this is how your companion follows you. Interact with a certain pole for the bird to land on? The little girl is going to follow the nearest path to catch up with you. Just be prepared for some potential hiccuping on her end. Getting her to follow the path isn’t always smooth and she’ll often pause mid animation to frantically wave at you before continuing on her way. Those footnotes aside, soaring around corners and peeling away fragments of this curious abandoned world through simple teleportation is quite pleasing.

Puzzle solving is quite prevalent in Mare also. The mechanical bird that you control has an electrical core inside them that can be used to power points to open doors. The blasts of electricity your bird can emit can also start fires on certain items to cruelly prod your companion away from an area, or ring a bell to attract them that way. Some of the puzzles get deeper and when they do so they’re at their best. Certain points will have you powering a mine cart across tracks to force open doors for new routes. Others will have you destroying eerie shadowy creatures to have them dissolve into little birds, powering other items. Really, this is where Mare works best. It’s not the deepest puzzle game – I was rarely left scratching my head. But progressing by cleverly unlocking new paths for your friends is satisfying.

As alluded to many times, Mare is absolutely a game that takes a few pages out of Team Ico’s book. This isn’t to be taken lightly either, it’s clear how big a fan developer Visiontrick Media are of the beloved studio. Across your adventures you’ll wander through ruins that feel ripped from the world of The Last Guardian. Environments are often on cliff sides, with buildings and remnants of a now abandoned civilisation just about everywhere.

Sure, the design as such is fairly derivative but it doesn’t feel too egregious. Instead, it offers a look at how talented indie studios can be. Mare offers some breathtaking environments. This can look like the stumbling upon of some horses in a clearing that you can prod along. In the early game, you’ll find yourself way up high in a powerful and ever-enveloping storm. With this, Mare is a testament that you don’t need a wickedly huge budget to pull off gorgeous vistas. Really, all that’s needed is a lot of love and care, something that Visiontrick were more than capable at displaying.

It’s easy to nitpick this game and say how reliant it is on a pre-existing love for another historic, artful studio. I’d recommend going against that. Instead, take in the beautiful views Mare has to offer. Bask in its light. Realise you’re playing the greatest fully fledged VR version of an Ico-like game yet (that VR demo of The Last Guardian doesn’t count, sorry). Enjoy it while it lasts.

If you’re looking for a VR game full of gorgeous scenery that brings about that sense of wonder, Mare is up there in filling that space aptly. You could do far worse in a brief and sweet adventure game full of secrets to find. 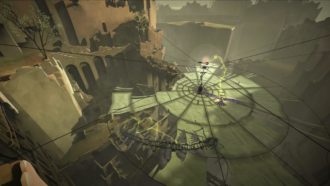 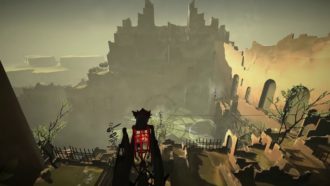 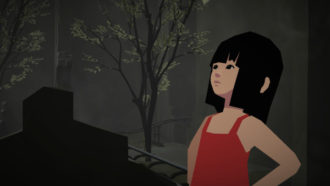 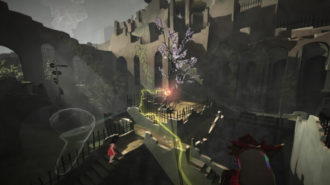 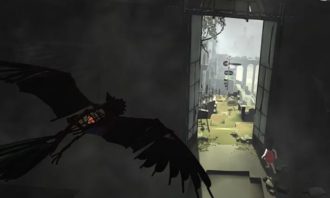 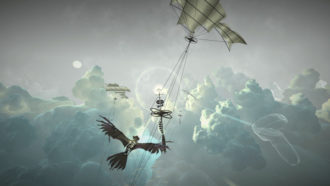 To be short, Mare obviously never really surpasses the quality of its inspiration. Though it damn well gives it its all on the indie spectrum. If you’re at all in need of a reason to jump you back into VR in the new year, Mare is it.

Mare is out now on Oculus Quest – check it out.