I start and am dropped into a small pub. Immediately to my left is the British ambassador. Surrounding us are goons, just about everywhere in my near vicinity. I have two missions. The first is to protect the British ambassador to the best of my ability. While it’d be of great benefit, it’s a bit risky, isn’t it? In Fights in Tight Spaces you have one primary objective. Flooded, you must punch, dodge and kick your way out of that tight-knit situation you’ve found yourself in. Survive. How important is the ambassador, really?

Fights in Tight Spaces is a game developed by Ground Shatter with some backing behind from Bithell Games. It’s easy to see in action. This is a game that very much shares the DNA of John Wick Hex. In both, players are thrown into refined, neatly organised Hollywood action-style set pieces. With Tight Spaces, your character is an agent that undergoes missions to take down a big baddie. On the road to the final boss of each mission, players find themselves in a series of small spaces, be it a public bathroom, prison cell or even a subway train. Expect some awesome backing synth tracks to aid your arduous journey.

Where this game differs from Hex (including not focusing on the Wick IP) is that this is a rogue-like deckbuilding game. It’s designed to delight seasoned tactics fans. Enter upon a level and the enemies that spawn, your bonus objectives and your cards that replicate movement and melee combat are all randomised. Suddenly, players must perform every move with caution to minimise damage done to their character and make it out alive. Last long enough and you may very well reach that last boss. As a concept, it’s fan-bloody-tastic.

This is a game that just oozes with style, even with its simple and minimalist design. The small spaces that players occupy are achromic in nature. All that’s in colour are your foes, which are in different getup and shades depending on the enemy type and situation you’re in. Be it the weaker crooks or the more armoured ones that’ll take a good few turns to take out, they’re often coloured in shades of red. Meanwhile, prison inmates you’ll fight later in the game sport bright orange jumpsuits. You stand in a black and white suit. This concentrated colour achieves two things quite well. It helps differentiate foes surrounding you but also makes the blood spilling punches look all that more impactful when they occur.

Fights in Tight Spaces is an appealing rogue-like concept

Outlined prior, Fights in Tight Spaces is a deck-building rogue-like game that feels like it’s built for the seasoned tactics players. Even considering the fact the game is in its early access stage, it still has hours after hours of content. Players have five settings that they’ll need to get through at this time. In each setting, players will have upwards of 12 vignette scenarios to survive. Surviving’s frankly quite hard in Tight Spaces. Some fifteen hours into the game and I haven’t yet cracked my way through the second setting – the difficult hunt that is an insider gang located within a prison. Make no mistake, this game is hardcore.

“This is a game that just oozes with style, even with its simple and minimalist design.”

Players only have a limited amount of cards to use and actions they can perform in a given turn. These are defined by not only player placement and the required positioning moves, but also something known as ‘momentum.’ For those familiar with tactics games, the most akin to this is ‘action points’ that you’ll need in order to play your cards. By default, players have a maximum of 3 momentum points in a game but there are some workarounds such as cards that don’t consume any points. Player placement and positioning around foes is key in making it out alive.

Speaking to the combat in Tight Spaces, it feels like the animations of moves were designed in close collaboration with real Hollywood fight choreographers. I can’t imagine they were – Ground Shatter‘s quite the indie studio – but hell if it doesn’t feel authentic. Small and big actions can amalgamate into something more – play enough melee hits in a row and your combo meter will rise. When in a solid flow state, players can pull off some combat feats that feel like ballet in nature. Juking around thugs and throwing them in the crossfire to one of their shotgun-wielding allies, slamming prison guards’ heads against a cafeteria table, and insane wall kicks are just the beginning of the suite of moves on offer. These all play out in closeup cinematics when the card is played. They’re a joy to behold. 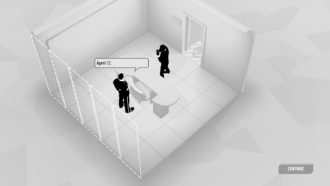 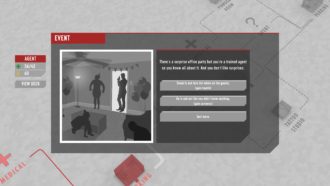 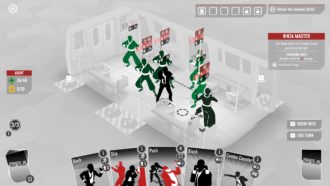 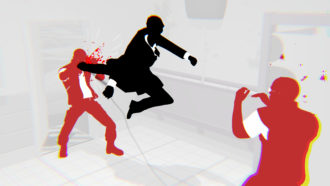 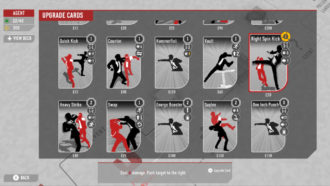 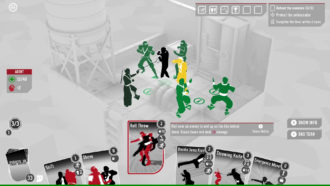 Challenging the player through difficulty and risk vs reward

With difficulty comes some ways to mix up play and (hopefully) provide some ease for players. Sparsed throughout the overworld in-between fights you’ll see locations that can provide healing of your health provided you’ve got the coin. This money of course comes from completing optional objectives in fights such as protecting a British ambassador for the duration or completing a row under x number of turns. These healing spots provide nice moments of relief after long periods of limping through encounters on low health. Play can also be mixed up in the different types of decks you choose to do a run with. The ‘General’ deck offers an all-rounder series of cards of both offence and defence with the perk of a bonus emergency move card per fight that uses no momentum. Following this, there’s also a more defence heavy deck that comes with bonus max health and an assault focused one that provides more card draws in a turn. A fourth deck by the name of ‘Trickster’ looks to be available but alas, I’ve yet to unlock this. Combine this with the ability to gradually add more cards to your deck and level up said cards and maybe, just maybe you have a fighting chance.

Juxtaposing this, there’s also just so many ways things can turn against your favour in-game. Contrary to first belief at the game’s start, defence is arguably even more important than offence in Tight Spaces. You’ll often be backed into corners or situations that you won’t immediately be able to evade or fight your way out of. Learn what the game is teaching you and you’ll be more fluid with its language. Using up a bunch of block and counter cards in a turn so that your defence level is higher than the hits coming your way may very well be the matter between life or death. Text-based events that you’ll find in the overworld between fights are tempting in nature – they’re one less fight to jump into and could very well be the answer to getting more money, health or bonus cards. These events are also RNG based though, and could just as easily rip everything away from you and have it all come tumbling down.

Fights in Tight Spaces was an interesting game to preview. The groundwork laid for the full release already feels so detailed and promising. Never have I seen an early access release this exciting and feeling as close to completion. This isn’t a game I’ll walk away from anytime soon. I’m thoroughly impressed with what’s on offer thus far. I can easily envision myself regularly checking in to see any updates or even just to hopefully finally crack more of the game’s tough levels.

With hours upon hours of playability on offer and smart, already well-implemented systems to learn, it’s hard to point to areas where Fights in Tight Spaces could improve in the future. Wherever this game goes, its future is only bright.